A Tragic Ending: America’s Longest War Concludes with Hundreds of Americans Left Behind 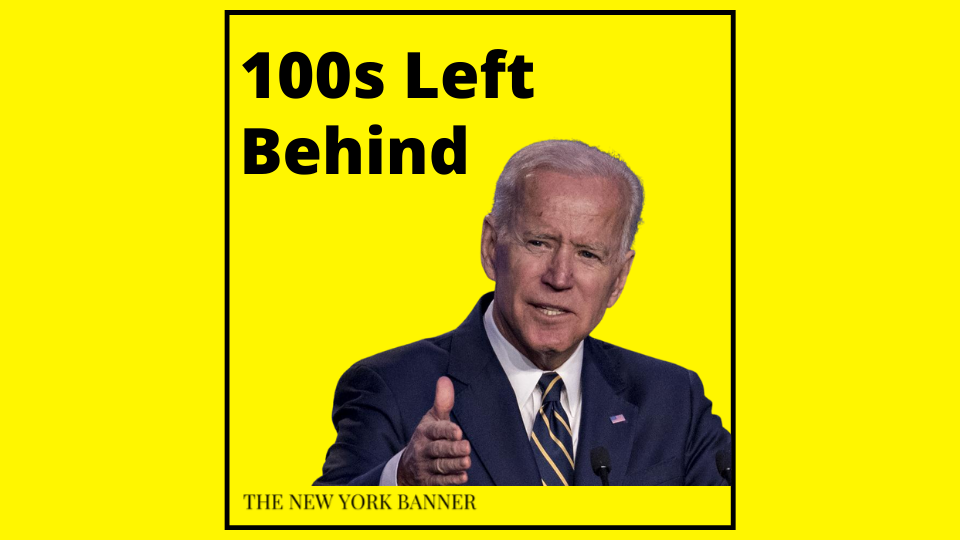 Biden seems to have wasted the sacrifice of nearly 2,500 American lives lost in Afghanistan by ending the war neither the United States nor Afghanistan deserved — a disaster.

Taliban fighters celebrate their victory as the last aircraft carrying American forces departs from Afghanistan on Monday, meeting the August 31 deadline. “Now, our 20-year military presence in Afghanistan has ended,” said Biden in a statement, officially declaring the exclusion of America from the seem to be never-ending Afghan war.

The past 17 days have seen our troops execute the largest airlift in US history. They have done it with unmatched courage, professionalism, and resolve. Now, our 20-year military presence in Afghanistan has ended.

While the leftists may call it a success, Biden’s presidency was once again the subject of outrage as hundreds of Americans are said to be left behind in the Taliban-led nation where their safety is not guaranteed. Hence, many Americans branded him as the “worst president ever.” Amy Tarkanian, former Nevada GOP Chairperson, and Mark Meadows, former White House Chief of Staff, are among those who are disappointed with the way things ended.

Joe Biden left hundreds (more likely thousands) of Americans behind in Afghanistan & even left behind the service dogs who could have flown in the cargo section of the plane.

At some point you realize the cruelty is the point. pic.twitter.com/btcMh02ll7

The Pentagon just admitted the Biden administration left (at least) hundreds of Americans in Afghanistan—not to mention allies. We still have people there.

This is not a victory. It’s a national disgrace and failure of leadership.

During the announcement of the completion of the evacuation and withdrawal from Afghanistan, U.S. General McKenzie admitted that not all Americans and Afghans had been able to leave: “We were not able to do that,” he said.

Meanwhile, Secretary Antony Blinken estimated that there were less than 200 Americans left stranded, “likely closer to 100.” In response, he promised that the State Department would continue to work toward their evacuation, which House Republicans refute in a tweet, saying that he “never had a plan” as there were still Americans left to begin with.

You NEVER had a plan. That much is obvious. https://t.co/jQcdfRLcOl

Joe Biden, who promised to do the best he could, appears to have broken his word and has continuously failed during his term in office.

STEPHANOPOULOS: Are you committed to making sure that the troops stay until every American who wants to be out is out?

BIDEN: Yes. … if there’s American citizens left, we’re going to stay until we get them all out.pic.twitter.com/OgOowoNIES

With the tragic loss of 13 soldiers, the forced servitude of Afghan women, and the abandonment of hundreds of Americans by their government, can the deemed “end of war” be really celebrated?

Reactions to Americans Left Behind in Afghanistan After Evacuation Completion

Probably thousands! They don't know and don't seem to care. They failed to learn the basic troop leading steps!

Probably thousands! They don't know and don't seem to care. They failed to learn the basic troop leading steps! https://t.co/X5MkTiGU7k

What a piece a shit! Biden should be air lifted to Kabul to personally check on those Americans, swap them for Worst President ever CHINA JOE BIDEN

What a piece a shit! Biden should be air lifted to Kabul to personally check on those Americans, swap them for Worst President ever CHINA JOE BIDEN https://t.co/wnPhZpEy5E

Be ready. It’s gong to get worse #UnitedStates #Afghanishtan

Be ready. It’s gong to get worse #UnitedStates #Afghanishtan https://t.co/vvPBbsfZwK