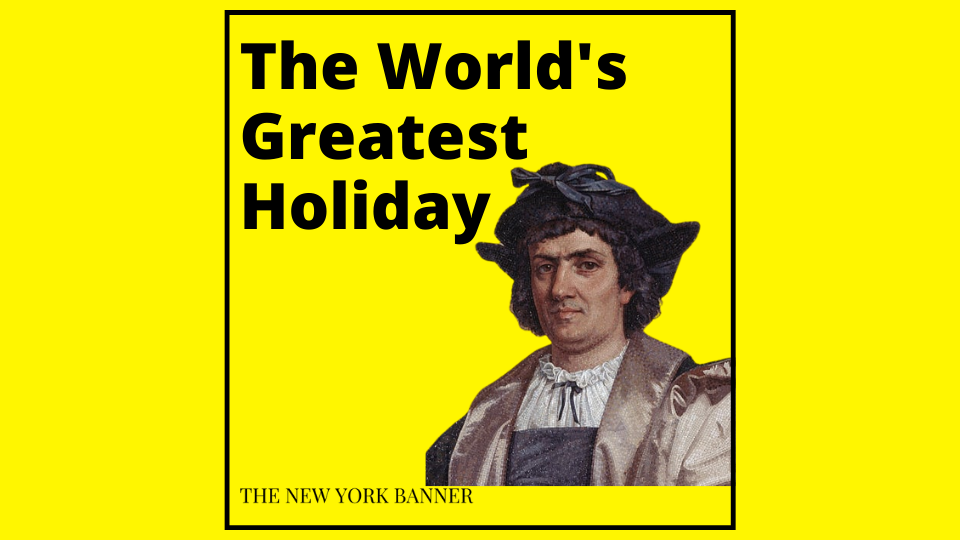 Christopher Columbus transformed a "flat-world" separated world into one that would be open for more trade, communication, and conquest

The permanent contact between Europe and the Americas is key to the world that we live in today. Even taking this for granted does not exempt the fact that this was only first accomplished half a millennium ago, when the empire of Spain was recently unified by the Catholic Monarchs.

Can you imagine the natives of South Americans likewise expanding into Europe, bearing their civilization, prior to the Europeans? Probably not. Even though colonization of the Americas and elsewhere by Western powers is begrudged by many historians, our civilization now owes a lot to the adventurers and explorers who stared at the abyss of the sea, risking life and limb, in order to establish the Judeo-Christian civilization that is the bedrock of today’s societies.

Case in point: Christopher Columbus. The Ottoman empire sealed off the Silk Road from Christian traders after capturing Constantinople in 1453, hence the adventurers of Europe needed to look to the sea in order to further the goals of conquest and expansion.

One cannot avoid thinking of divine intervention in the affairs that happened afterwards.

He grossly underestimated the distance of Asia to Europe, thereby his patrons was justified in turning down his proposals.

Yet, by perseverance, he managed to secure the funding and resources to make the voyage.

Columbus made four voyages following an imperfect knowledge of the trade winds of the Atlantic Ocean.

The events that happen afterwards is part of the nuanced history of human civilization. The truth is the assimilation of cultures is not perfect. One could argue that the effect of Western culture in the Americas is profound as changing the fundamental direction of their native society. I argue that this is for the better. The world we live in now is better because Columbus made the trip in the Atlantic.

On the Joe Rogan Experience, Neil deGrasse Tyson said, “I think him Coming to America was the most significant thing to ever happen to our species.”

Neil deGrasse Tyson explains how during the ice age humans were able to travel across the land bridge and then after the ice age, those people who were stuck in North America and South America remained in isolation for over 10,000 years.

The people in North America and South America became totally separate from Europe and Asia. If not for the reunion, the two separate groups would have developed separately and would have evolved into two separate species, much like kangaroos with pouches evolved in Australia.

Happy Birthday to the Reunion of Mankind on Earth

At a time when people thought you could fall of the side of the world into an abyss, Columbus sailed across the Atlantic and reunited mankind.