How Did Tom Hanks Lose Weight for ‘Cast Away’? 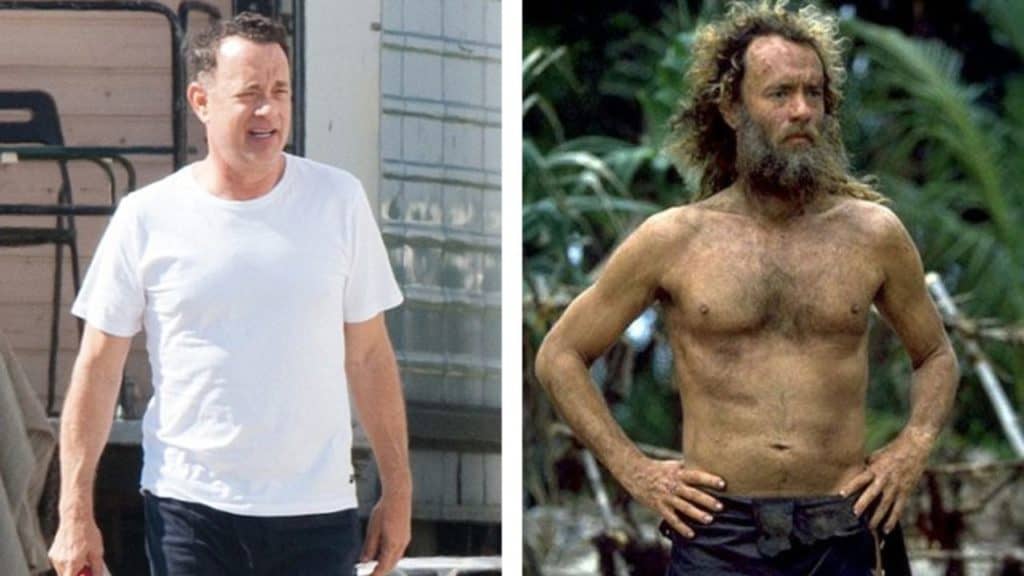 American actor Tom Hanks is known for making a lot of hit films. He is putting extra effort into every role that he plays. One of the notable movies he did was director Robert Zemeckis’ “Cast Away” in 2000. He embarked on a weight loss journey for his character, Chuck Noland.

Tom and Robert worked for the first time in the 1994 movie “Forrest Gump.” The movie was expected to get a sequel, but it didn’t happen. Yet, that was not the last time the two teamed up as they reunited again for “Cast Away” in 2000, and the project became memorable, especially for the actor.

The movie became one of the most popular projects of Tom. Based on the report from The Numbers, the film earned $427 million at the worldwide box office. His role also led him to receive an Academy Award nomination for Best Actor in a Leading Role.

Aside from being a hit, “Cast Away” represents the major physical transformation of the actor. Tom gave up a lot of things in order to properly play the character of Chuck Noland. In fact, the movie went on an extended hiatus to give way for the actor to lose weight.

He did whatever was necessary to cut down some pounds during his year-long break. It took a long period of time for the film to be released. Once it hit the theaters, many were surprised to witness the dramatic weight loss of the actor.

How Did Tamela Mann Lose Weight?

How Did Sheryl Underwood Lose Weight?

What did Tom Hanks do to lose weight while filming "Cast Away"?

The movie tells the story of Chuck Noland, a FedEx executive whose plane crashed over the Pacific Ocean amidst the storm. He was the sole survivor and became stranded on a deserted island for four years. To embody the character’s experiences, Tom and Robert went on a practical approach.

The production went on hiatus for the actor to lose weight. Tom followed a strict diet to cut down pounds and even gave up French fries. However, he revealed to Entertainment Weekly that he didn’t deprive himself of one thing during his weight loss journey.

Before filming the island scenes, Tom had to gain weight to look like a middle-aged man for his character. He ate a lot of carbs and junk foods. When the majority of filming was completed, the production went on hiatus for a year so that the actor could lose weight and grow his hair and beard.

Tom followed a specific workout regimen and diet plan for his weight loss in “Cast Away.” His journey made him lose 50 pounds, and he made this happen by following a health plan. He avoided carbohydrates from fruits and turned to healthy foods like fish and coconut milk.

In addition, the actor tends to consume a large amount of vegetables to prevent himself from feeling hungry. Apart from the diet plan, he’s also engaged in a specific workout regimen, including 2 hours of cardio six days per week.

While waiting for Tom to lose a significant amount of weight for a year, Robert filmed “What Lies Beneath” and took the same “Cast Away” crew with him. The horror thriller starred Michelle Pfeiffer and Harrison Ford, and it hit theaters in July 2000 – just three months before “Cast Away” resumed production.

“The only way I could then really make it become fiscally sound was to do another movie in between, so that I could just roll the production company onto another movie so that we didn’t have to pay people for sitting around for a year,” Robert said on “Cast Away” commentary.

Tom also believed that the movie retained the sense of realism that later might be lacking. Filming another project made a huge impact on the audience, leading to two Academy Awards nominations for the actor’s performance and sound.

Will Tom Hanks still take on film roles that require him to lose weight?

During his appearance on “The David Letterman Show” in October 2013, Tom revealed he had Type 2 diabetes. While the condition can be managed through diet and exercise, he said that he wouldn’t accept any roles that would require a major physical transformation.

Ahead of the BFI London Film Festival, the actor said that his weight loss and weight gain may have contributed to the diagnosis. He explained that he probably developed the condition because he was eating a lot of bad food and didn’t do much exercise. Yet, he added, it may have to do with genetics.

“But I think I was genetically inclined to get it, and I think it goes back to a lifestyle that I have been leading ever since I was seven years old, as opposed to 36,” he explained.

Tom also shared that he talked to other actors who gained weight from playing certain roles. He said that no one wants to do such things again since it took a physical toll on them. The actor further noted, “I think that’s more or less a young man’s game.”

He said that he wasn’t worried about his health and refused to tell other celebrities what to do in terms of weight loss. Apart from losing and gaining weight for “Cast Away” in 2000, Tom had to put on 30 pounds for his role as a baseball coach in the 1992 film “A League of Their Own.”