How Did Colson Smith Lose Weight? Lost Over 140 Pounds! 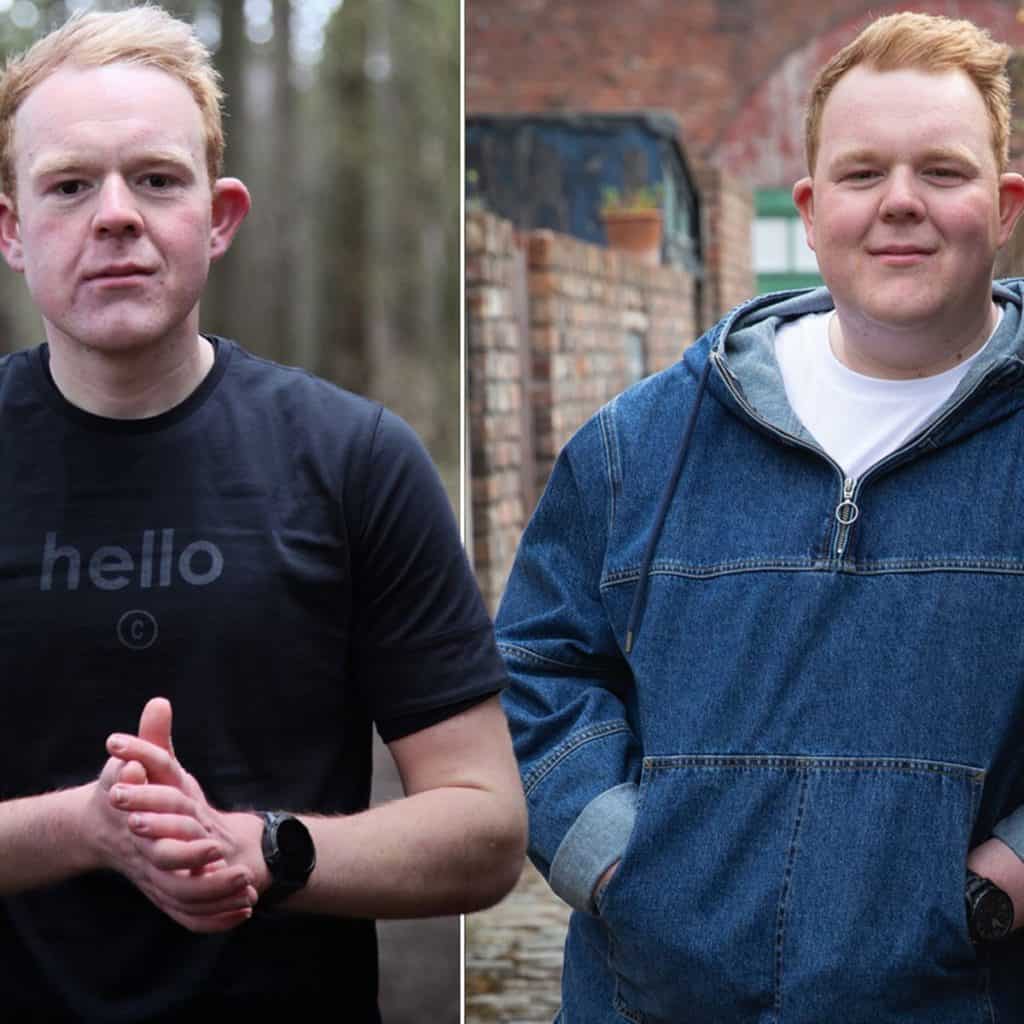 Colson Smith has been playing the character of Craig Tinker in “Coronation Street” for over a decade.

English actor Colson Smith is known for his portrayal of Craig Tinker on the ITV soap opera “Coronation Street.” He made his first appearance on the British television series in 2011, and fans have since witnessed his physical changes, particularly when it comes to his weight.

The 23-year-old actor, whose real name is Colson John Smith, was nominated for Best Young Actor at 2015 Inside Soap Awards for playing the role of Craig Tinker. The character is a police officer who battles against OCD. Over the past few years, his storyline gradually changed.

Viewers witnessed the Corrie star’s appearance has changed ever since he was introduced in “Coronation Street.” The character looked slim, and the reason behind this was that Colson decided to go on with his weight loss journey.

How Did Tom Kerridge Lose Weight?

How Did Chloe Ferry Lose Weight?

Colson Smith released a documentary about his weight loss journey.

The actor began to lose weight back in 2020, and his weight loss made headlines as he managed to cut down a significant amount of pounds. He was also open about his journey and shared his progress on his social media accounts to inspire other people to live a healthy life.

His weight loss journey further continued when the COVID-19 lockdown was first announced. Since he could not go out due to health protocols, he came up with an idea to document his weight loss progress. His documentary was titled “Bored of Being the Fat Kid.”

The documentary gives Colson’s fans a glimpse of how he was able to lose weight. He first shared the news on his social media. Noting that he learned so much about himself, and he learned most of his lessons while wearing his “trainers and pounding the pavement.”

“Back in January 2020, I thought it would be a good idea to start documenting some of my days to keep me motivated and to look back on one day,” the actor added.

Colson also said that he never planned to release “Bored of Being the Fat Kid” because he was scared about how other people would see him. Originally, he recorded the videos to track his progress and congratulate himself on achieving his goal.

“But now I guess I might have the chance to maybe help someone else who was in the same position as me,” the Corrie star further said.

Corrie Colson began with his weight loss journey amidst the COVID-19 lockdown.

The documentary shows Colson’s experiences with weight loss and fitness. He shared that the film was his “chance to tell his truth in his own way.” Reportedly, he lost 10 stone (140 pounds) at the start of the pandemic. At the time, the filming of “Coronation Street” was put on hold due to COVID-19.

“We are in direct continuity, but I’ve almost lost about ten stone since we left work, so I’m not sure that [my hair] is going to be the biggest of their issues.”

The lockdown caused a lot of delays for several shows and films, and one of those was the ITV series. Speaking about his character Craig Tinker, Colson joked that he might be wearing a wig and a fat suit once the production of the soap opera resumed.

In an interview with Metro, the actor also discussed how he managed to lose weight within two years. He said that, during the lockdown, he changed the way he looks at life and how he lives his life – which eventually changed his life.

“I lost weight and massively fell in love with running. Now it’s something I couldn’t possibly live without.”

Colson admitted that he started to run, and his major goal was to lose weight. However, he struggled with his fitness journey in the first two months, saying he “hated every run he went on.” The actor added that he only did it because it would benefit him for the rest of his life.

“From then on, losing weight and changing my shape was a side effect — it became less relevant.”

What is Colson Smith’s workout routine and diet plan?

Colson credits his weight loss to exercise. He started running in 2020, which he continues doing now as he can be seen posting pictures of himself pre-and post-run on Instagram. The actor said he sees himself as a “complete running geek.”

In addition to running, he’s also into rowing and weights training at the gym to maintain his weight. He said that he kept in touch with the gym he’s been going to in Manchester because they have a lot of training programs on their app.

Apart from his fitness routine, the actor let go of his unhealthy meals by changing his diet. His breakfast and lunch were being delivered to him so he wouldn’t have to think about what to cook – and will just eat the food. He follows a brand-new food plan with the help of life coach Rob Brennan.

“We worked through everything I could do to make it as easy as possible,” Colson told Lorraine Kelly on the Scottish host’s show in 2021.

Meanwhile, the actor said in a past interview with Radio One Newsbeat that he doesn’t want to be the guy who tells other people how to lose weight. He pointed out that consistency is the key if you’re really determined and want to achieve something.

“I see myself as a fat kid who has tried to change their life and has found that if you do it for yourself, when you put yourself first and find something you enjoy – like I have with running – it’s a darn sight easier for yourself.”

Colson Smith shares the reason why he joined “The Game.”

Colson became one of the contestants in the British sports game show, “The Game,” which aired this 2022. When asked what inspired him to join the program, he said that he’d been used to hiding behind his character in “Coronation Street” for the past years, so he wanted to show more of himself now.

“I’ve wanted to show more of my personality for a while, but it’s been a case of waiting for the right opportunity.”

Colson said “The Game” came up at the right time and seemed “too good to be true.” He noted that it was different from what he’s been doing for ten years. He wanted to show everyone a different side of him, especially since the show was related to fitness.

“The Game” consisted of 10 celebrities competing against each other in Olympic-style events like weightlifting, diving, and gymnastics. The actor said that he enjoys what they do in the program, and his favorites were canoe slalom and track cycling.