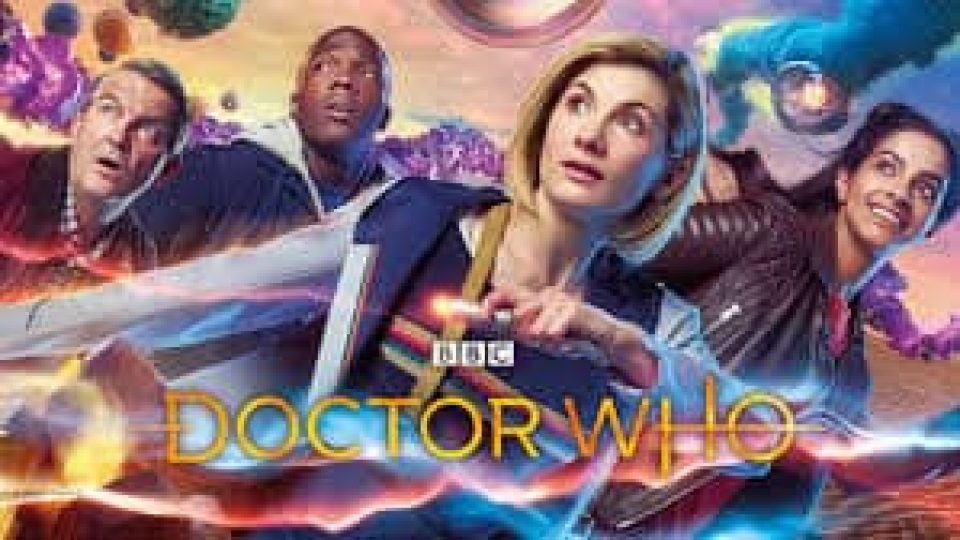 What Happened Last Season of Doctor Who? (Season 13 Recap)

Karvanista (Craige Els), a Lupari, is pursued by the Doctor (Jodie Whittaker) and Yaz (Mandip Gill) to Liverpool, where he kidnaps merchant Dan Lewis (John Bishop). Before departing Liverpool, the Doctor and Yaz meet Claire, a woman from the future. Claire is then transported to 1965 by a Weeping Angel. Yaz saves Dan on Karvanista’s ship while the Doctor confronts Karvanista, who claims that the Lupari is defending humanity from the Flux’s devastation of Earth.

The Flux prompts Vinder (Jacob Anderson) to flee and attracts the Sontarans’ notice. After another telepathic connection between the Doctor and Swarm (Sam Spruell), the Flux intensifies its onslaught on Earth. Karvanista is ordered by the Doctor to create a defense shield to safeguard Earth from the Flux. The Flux overtakes the TARDIS, which cannot transfer under the shield, with the Doctor, Yaz, and Dan inside.

From her time in the Division, the Doctor recalls her previous incarnation, the Fugitive Doctor, assaulting the temple to destroy Swarm and liberate the priests. She tracks down the priests and encourages them to return to the temple, but the priests protect her by separating her from her past.

The Grand Serpent infiltrates UNIT as an officer over several decades, eliminating individuals who pose a threat to him. He deactivates all UNIT defenses after being threatened by Kate Stewart (Jemma Redgrave), allowing the Sontarans to enter Earth. As Swarm arrives at dissolving Tecteun and is about to do the same to her, the Doctor stands helpless.

The first copy is brought to Atropos by Azure (Rochenda Sandall) and Swarm to sacrifice her to Time. Still, Time destroys the duo and reunifies her. Kate and Vinder capture the Serpent on a small asteroid using tunnel entrances. Vinder and Bel (Thaddea Graham) decide to accompany Karvanista on her journey. Diane declines Dan’s invitation to a date. Dan is invited to join her and Yaz by the Doctor. She stores her forgotten memories. 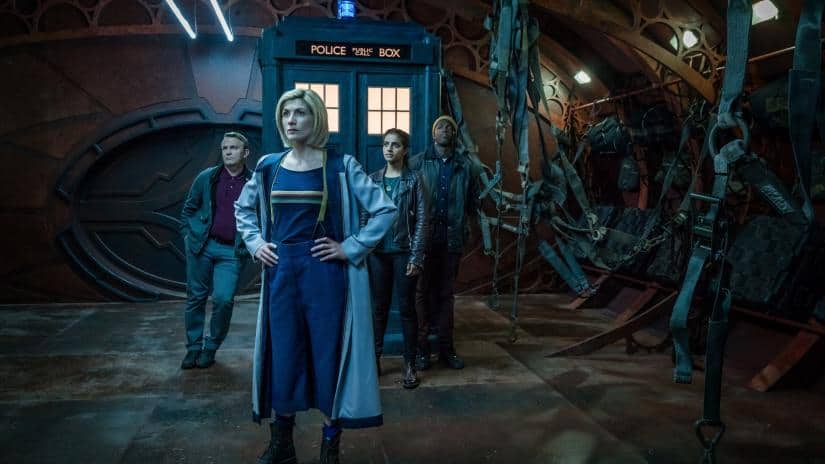 Season 13 has been one of the most ambitious runs of the program yet, with multiple plot threads, diverse characters, and different places throughout time and space in a six-part miniseries named Flux. So, the climax had a lot riding on it to tie everything together and guarantee that Flux was a satisfying whole.

Unsurprisingly, Whovians are split down the middle on this one, with both positive and negative reactions on social media. Those who liked it said it was one of the best finales in the series’ history, praising it for its dramatic story, pacing, and Jodie Whittaker’s performance.

On the other hand, many other Whovians were underwhelmed by the finale, which was named “The Vanquishers.” One prevalent critique was that it didn’t provide a precise closure to the story. Many people were also disappointed that it didn’t reveal more solutions to the “Timeless Child” arc’s puzzles. It was even dubbed “the worst episode ever.” 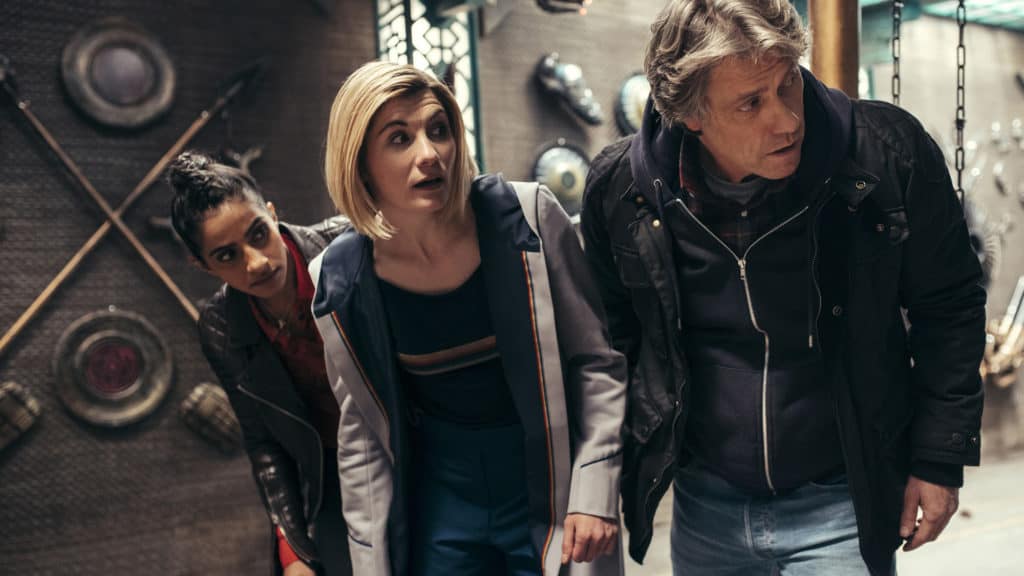 The adventures of a rogue Time Lord with unknown origins who goes by “The Doctor” is chronicled in Doctor Who. The Doctor departed Gallifrey, the home planet of the Time Lords, on a stolen TARDIS (Time and Relative Dimension in Space).

The Doctor’s numerous incarnations come across events that pique their attention and strive to prevent malevolent powers from killing innocent people or altering history across time and space. On these journeys. When the Earth is endangered, the Doctor is regularly accompanied by one or more human companions, which leads to repeated alliances with the multinational military task force unit.

The centennial Doctor can regenerate when his body is destroyed since he is a Time Lod. The Doctor has faced several recurring opponents during his journeys, including the Daleks, their creator Davros, the Cybermen, and the renegade Time Lord, the Master.

Will There be Doctor Who Series 14?

Whovians will be pleased to hear some exciting news. The show will return for a 14th season, with Russell T. Davis serving as showrunner. We don’t know how Season 14 of Doctor Who will look. We just know that it will premiere in 2023.

The BBC announced on their official Twitter account that actor Ncuti Gatwa will play The Doctor in the show Doctor Who, in a historic casting choice that marks the first time a Black person has been appointed in the show’s significant role full-time. Thus, it was confirmed that Ncuti will replace Jodie Whittaker in the upcoming season. 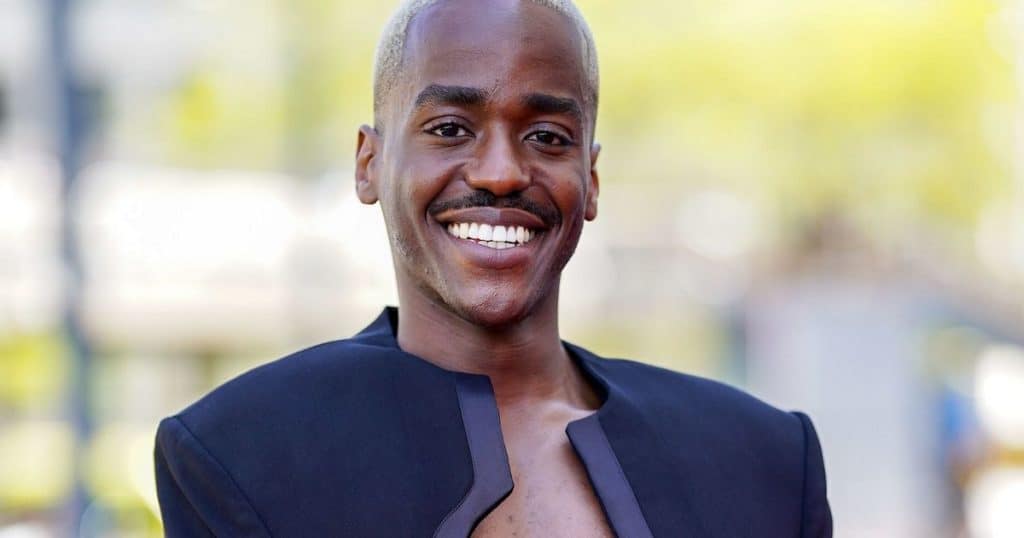 In a statement on the official Doctor Who website, Ncuti said,

“There aren’t quite the words to describe how I’m feeling. A mix of deeply honored, beyond excited and a little bit scared,” Gatwa said in a statement. “This role and show means so much to so many around the world, including myself, and each of my incredibly talented predecessors has handled that unique responsibility and privilege with the utmost care.”

“I will endeavor my utmost to do the same. Russell T Davies is almost as iconic as the Doctor himself, and being able to work with him is a dream come true. His writing is dynamic, exciting, brilliant, and fizzing with danger. An actor’s metaphorical playground. The entire team have been so welcoming and truly give their hearts to the show. And so as much as it’s daunting, I’m aware I’m joining a really supportive family. Unlike the Doctor, I may only have one heart, but I am giving it all to this show.”

The BBC has clearly chosen a young and skilled actor who will bring a lot of vitality to the role. When that is combined with Russel T Davis’ vision as showrunner for Doctor Who, the long-running science fiction series could reach new heights of popularity among viewers.

From the Showrunner's Point of View

According to Deadline, Charlotte Moore, BBC Chief Content Officer, said, “Ncuti has an incredible dynamism, he’s a striking and fearless young actor whose talent and energy will set the world alight and take Doctor Who on extraordinary adventures under Russell T Davies’ new era.”

Returning showrunner Russell T Davies added, “The future is here and it’s Ncuti! Sometimes talent walks through the door and it’s so bright and bold and brilliant, I just stand back in awe and thank my lucky stars. Ncuti dazzled us, seized hold of the Doctor and owned those TARDIS keys in seconds. It’s an honour to work with him and a hoot. I can’t wait to get started. I’m sure you’re dying to know more, but we’re rationing ourselves for now, with the wonderful Jodie’s epic finale yet to come. But I promise you, 2023 will be spectacular!”