What Happened on the Last Season of Dexter? (Season 9) 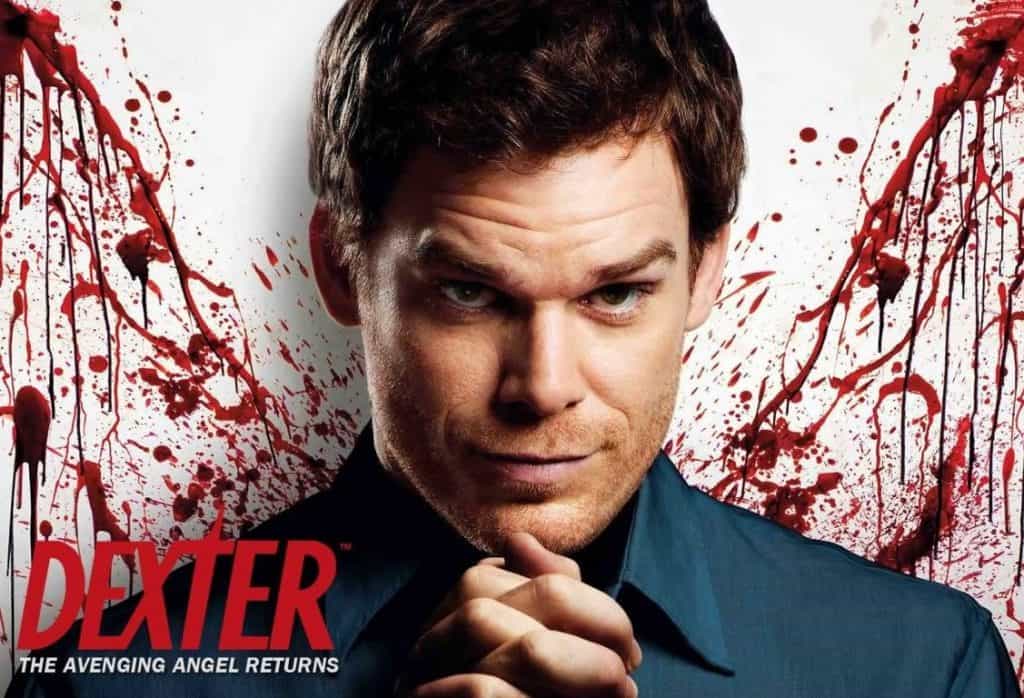 Chief Angela Bishop (Julia Jones) issues an APB on Molly Park (who has been missing for 72 hours) in the Dexter: New Blood finale. Dexter stands by and watches as the wonderful folks of Iron Lake assist him in dealing with the fallout from Kurt’s (Clancy Brown) house fire. He plans to leave town with Harrison (Jack Alcott), so he may teach him the Code through his internal monologue. He suggests Los Angeles, which Harrison agrees to after some hesitation.

Audrey (Johnny Sequoyah) and Harrison are sent out for groceries by the Chief of Police back at Angela’s house. Dexter is then arrested for Matt Caldwell’s (Steve M. Robertson) murder by Angela. Angela tells the cops that she discovered one of the suspects.

Angela does not want Dexter to be the sole perpetrator of Matt’s murder. She dials Angel Batista’s (David Zayas) number and asks him about the Bay Harbor Butcher. Batista says he’ll be in Iron Lake the next day when Angela informs him that Dexter is still alive.Angela then advises Dexter that she intends to extradite him to Florida, where he will stand trial as the Bay Harbor Butcher and face the death penalty.

Dexter encourages Angela to go to Kurt’s cabin to uncover the bodies of the missing women she’s been investigating after she confesses her plan. Dexter manages to choke Logan (Alano Miller) through the bars of his jail cell while Angela is away.

Meanwhile, a heartbroken Angela discovers Kurt’s hideaway and learns that Molly and the other missing females perished far too soon. Dexter contacts Harrison with Logan’s phone, telling him to gather his belongings and come meet him. When Harrison and Dexter reconcile, the blood on Dexter’s face reveals that he killed Logan. Harrison is taken aback and yells at Dexter, “I thought you only killed those who deserved it!” 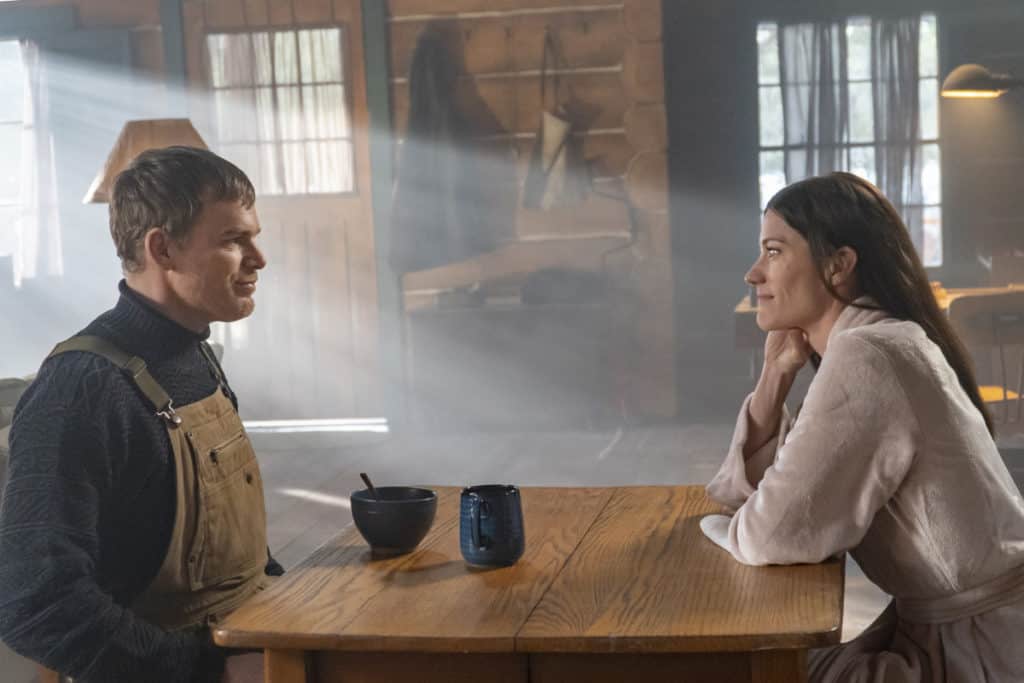 Finally, Harrison rejects that he is like his father, telling him, “My fury isn’t because I’m like you, it’s because of you.” He refuses to flee with Dexter and tells his father he must turn himself in. Harrison fires his rifle at Dexter while he tries to escape. Reminding Dexter of everything.

Before Dexter concedes that Harrison is correct, the faces of Logan, Laguerta, Doakes, Lundy, Rita, Harry, and Deb flash across his thoughts. Dexter apologizes to Harrison before instructing him to remove the gun’s safety. Dexter then gestures to his chest, allowing his son to fire. Harrison fires, and Dexter, who is dying, grips the hand of Deb (Jennifer Carpenter).

Angela arrives later on the scene. She hands over some cash to Harrison and urges him to leave town. Angela then removes Harrison’s fingerprints from the gun and reports an officer-involved shooting to the police. Harrison drives away from Iron Lake in the last moments of Dexter: New Blood.

Dexter New Blood was a hit with viewers from the first episode until the ninth. They were blown away by the superb writing, twists, and surprises, thus raising their anticipation for the last episode.

Dex New Blood’s season finale aired on January 9 to mixed reviews. Some viewers thought the program was a fitting conclusion for TV’s most renowned serial killer. Others were more critical, claiming the finale was even worse than the original Dexter finale. Some people asked why the show returned only to kill Dexter.

For many fans, Dexter: New Blood’s finale was disappointing simply because Dexter was killed off. They wanted another season, or at the very least for Dexter to live and continue his heinous work. They perceive him as a vigilante hero who deserves to succeed. It’s too much to see him lose after all these years. 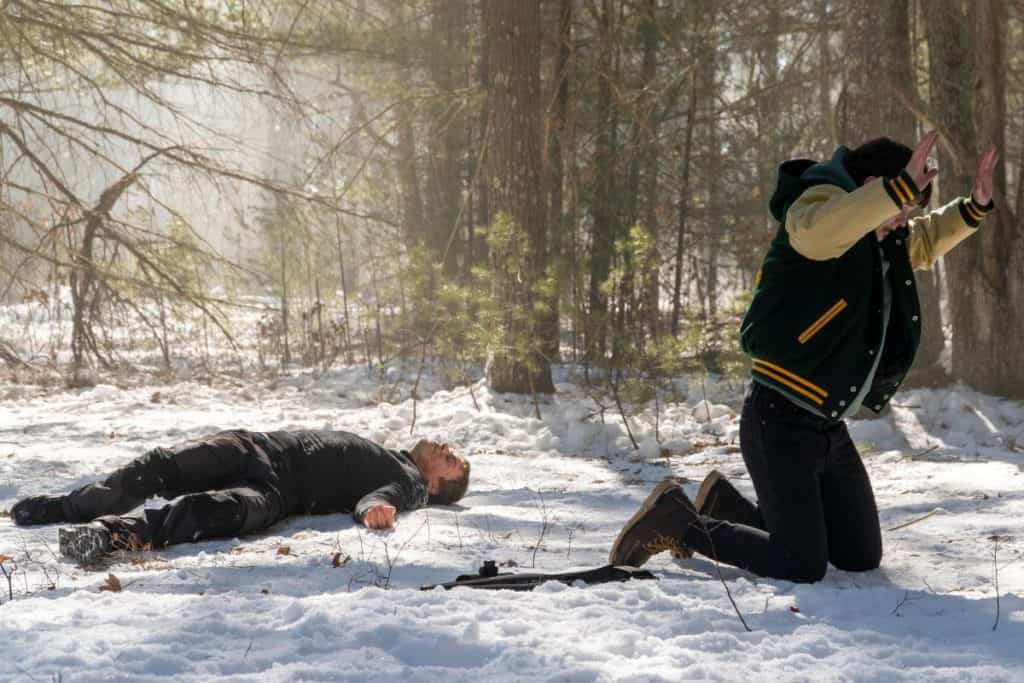 Michael C Hall anticipated that the Dexter: New Blood conclusion would elicit a strong reaction akin to the 2013 finale. In a Zoom interview, he said, “Some people will accept it, some people will reject it. I think it will be difficult for people to grapple with his fate given that he is someone that they have spent a lot of time with and have a lot of affection for – at least in some cases. While the ending may be jarring for many fans. The way the season concludes is one that resonates with me. It feels justifiable. As upsetting as it may be, I hope audiences will appreciate the resonance of Dexter dying this way at the hands of his son. People moaned about an ending that was admittedly open-ended and without any sense of closure. I guess you have to be careful what you wish for.” 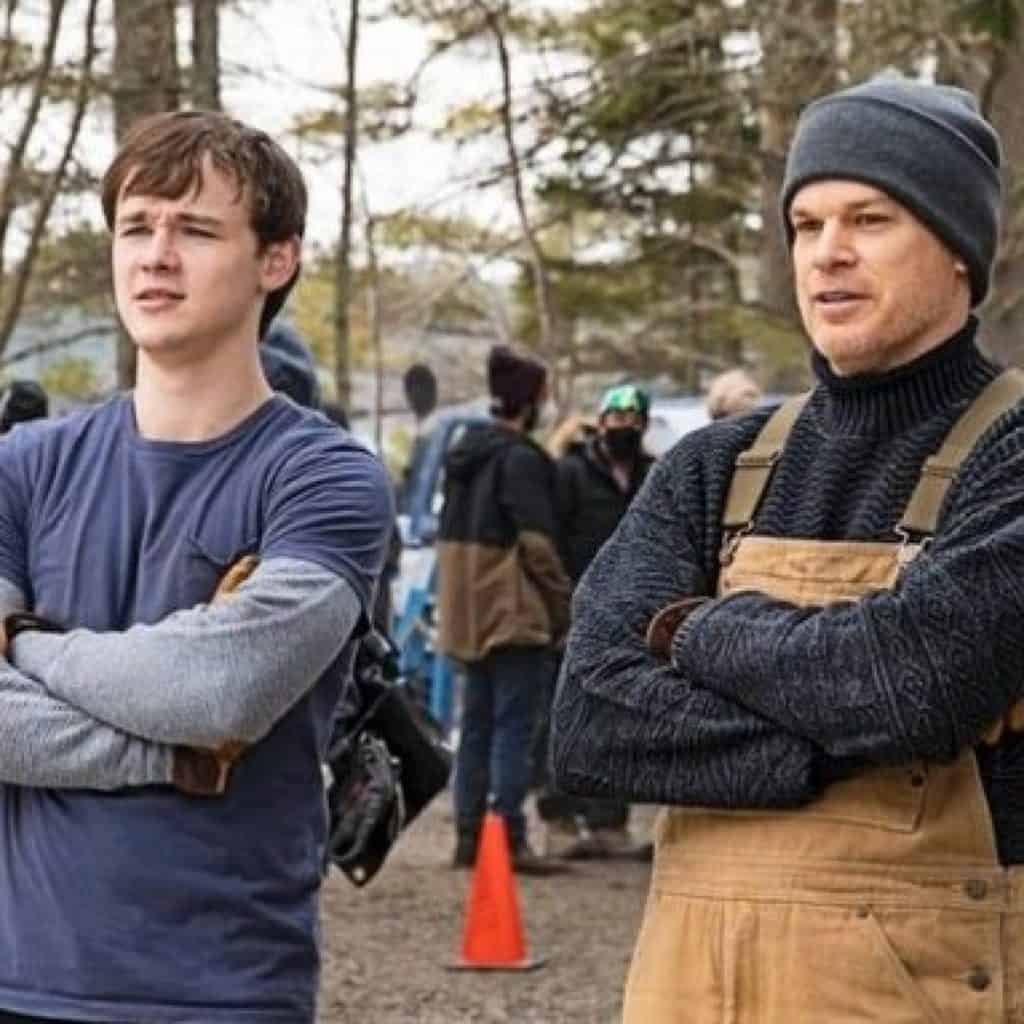 To fully understand the drama series, we have to know the plot of the original drama series.

Dexter (Michael C. Hall) was orphaned at three years old after witnessing his mother’s violent death with a chainsaw. A Miami police officer, Harry Morgan (James Remar), adopted him. After identifying the boy’s trauma and subsequent development of sociopathic qualities, Harry pushed Dexter to channel his awful bloodlust into killing only heinous criminals who slipped through the justice system.

To conceal his homicide trial, Dexter works as a forensic analyst for the Miami Metro Police Department, specializing in blood spatter pattern analysis. To lessen his chances of being discovered, Dexter wears gloves and employs plastic-wrapped “death rooms,” carves up the corpses, and throws them at the Gulf Stream of the Atlantic Ocean.

Dexter juggles his two egos, realizing that each is a separate part of himself that must operate together. As a method of survival and normalcy, he relies on their interaction. Although his murderous instincts are unwavering, as he asserts, he tries feeling normal emotions and maintaining his image as a socially responsible human being throughout the series.

Dexter Morgan has relocated to the fictional tiny town of Iron Lake, New York, where he hides his identity as Jim Lindsay, a local wilderness sporting goods store clerk, after faking his death in a hurricane ten years ago. He is in a romantic connection with the town’s police chief, Angela Bishop. He has been able to keep his vigilante serial killing urges under control. Debra, Dexter’s deceased sister, has taken their father’s place.

He often speaks to Harry, an imaginary entity. In the first episode, Harrison, his estranged son from a past life, shows up unexpectedly with unknown motivations. A series of events in the Iron Lake area make Dexter fear that the “Dark Passenger” within him, possibly his son, will emerge. 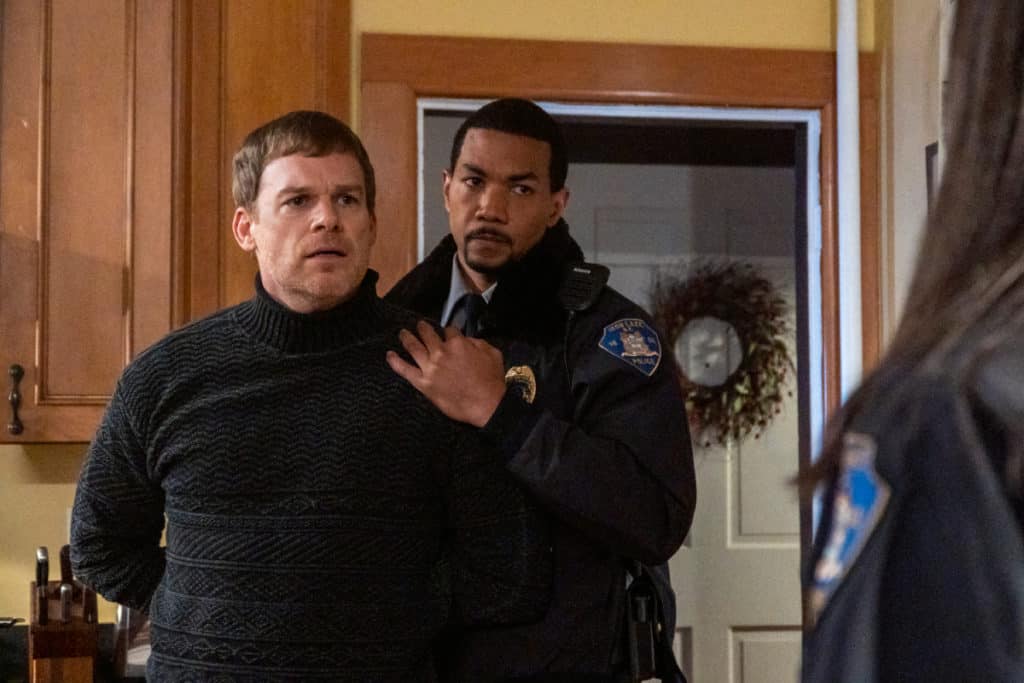 Will there be Dexter Season 10?

The Dexter revival has yet to debut, but it’s already generating much buzz. The drama will follow the titular vigilante killer as he attempts to flee his violent past, almost a decade after the original series finale. Although it is billed as a limited series, people ask if there will be a second season.

While no official plans for a Season 2 or a Harrison-centric spin-off are presently in the works, showrunner Clyde Phillips, who oversaw the first four seasons of the series’ original run, is eager to return to the world of dark passengers and tortured murderers. He told the TV Line, “It’s all in Showtime’s hands if they were to call me and say, ‘we want to do Harrison. We want you to figure it out,’ I’m pretty busy, but I would drop everything I’m doing and jump right into it. I would love to do it, but it’s really up to Showtime.”

From the Showrunner's Point of View

The TV show producer Scott Reynolds, who worked on both the original and resurrection, said through Twitter that significant news concerning the show would be made. If the information is correct, Dexter: New Blood season 2 will premiere in the fourth quarter of 2022.

The showrunner, Clyde Phillips, has expressed interest in a second season; all that remains is for Showtime in the United States to approve it. He also explained in an interview that this meant Harrison would continue to play the primary part. 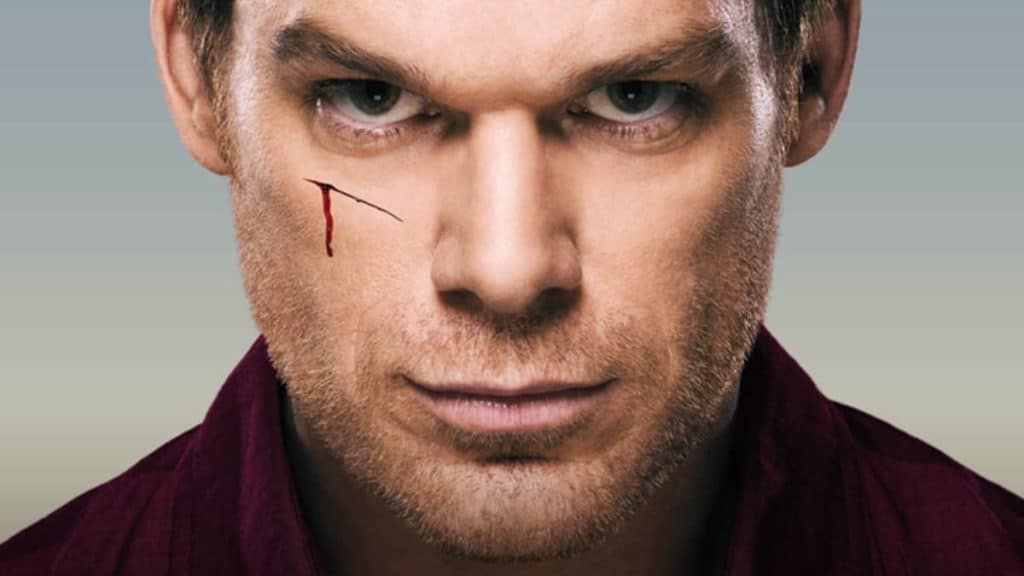 Dexter is a criminal, a serial killer. His story doesn’t end in the drama series. We can reanimate his life in our lives, not the criminal side but his good traits. His life is not genuinely wasted because he leaves us life lessons we can live by.