What Happened on the Last Season Finale of Grey’s Anatomy? (S18) 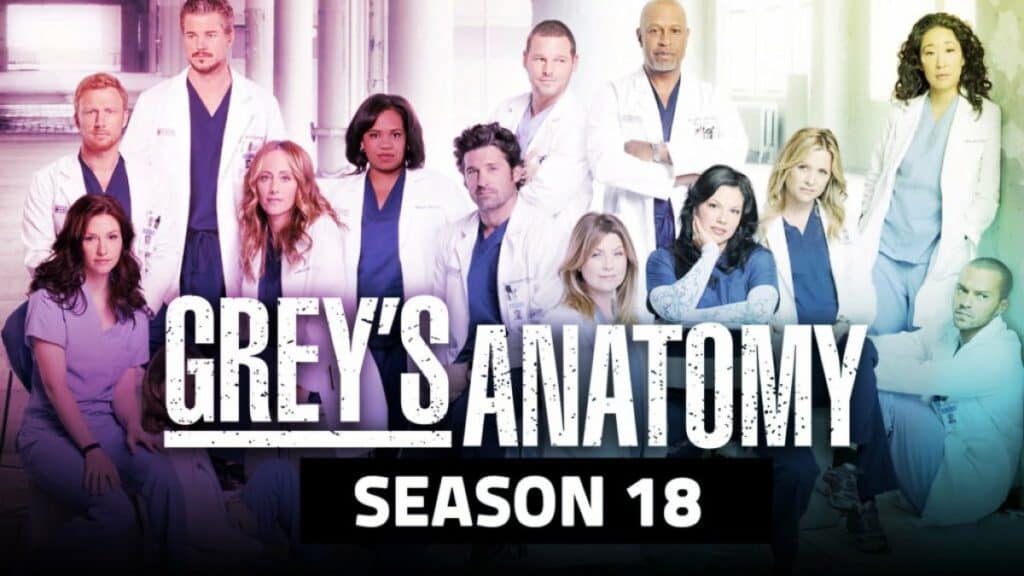 Meredith Grey ( Ellen Pompeo) is having a bad day, and she isn’t alone. Despite Maggie’s request, Winston (Anthony Hill) is still upset over his brother defrauding him and Maggie Pierce (Kelly McCreary) out of thousands of dollars. Amelia (Caterina Scorsone) is devastated by Kai’s breakup. Dr Jo Wilson (Camilla Luddington) is in shock after a night of horrible sex with her new flame Todd (Skylar Astin).

A severe blood shortage is affecting Grey Sloan and hospitals across the country. Because of the discriminatory and unfair regulations prohibiting barmen who have sex with men from donating blood, the doctors are obtaining blood donations from anyone with a pulse except Levi (Jake Borelli). Bailey (Chandra Wilson) vows to oppose this nasty, ineffective rule alongside Levi.

The medical accrediting board summons Jamarah Blake to return to the hospital for one final inspection before deciding the fate of the residency program. Blake is, however, set to come in. Richard (James Pickens Jr.) and Bailey try to brag about their progress in meeting her requirements when she arrives. Blake notices locals giving blood throughout their shifts, and her visit is already off to a rocky start. It worsens when she learns that Mer intends to depart and gets even worse when she sees Mer fail a significant surgery.

Cora, a Nick’s (Scott Speedman) patient, has a tumor at the intersection of all her major organs. Nick is the one who suggests operating on Cora’s organs outside her body, so she doesn’t lose as much blood while they explore solutions. However, the procedure goes wrong, and the blood shipment that could have saved the day is involved in a truck accident, spilling bags of blood all over the highway. 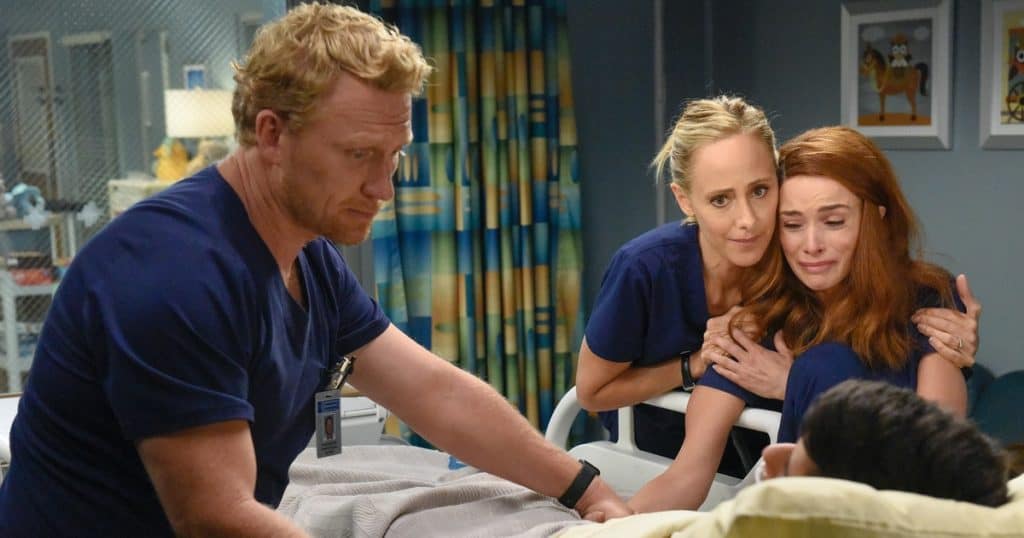 Cora is moved to the ICU by Mer and Nick in an attempt to keep her stable, but she succumbs s to organ failure and dies. Mer is unable to inform Sally, Cora’s aunt because Sally is suffering from dementia and is unaware that she has a niece.

Richard is furious with Mer, accusing her of attempting to sabotage the hospital as she leaves. Nick has reservations, questioning whether Mer should have waited a few days before operating.

Simon (Cedric Sanders), a cancer patient, and Kristen, his pregnant wife, are desperate for him to meet his son before he passes away. Therefore the doctors must keep Simon alive until the baby is born. Simon now has even more lung mets, according to a scan.

Maggie and Winston discuss with Kristen the option of placing Simon on an ECMO machine, which would take over his heart and lungs and buy him time. Although using ECMO might force Kristen to end Simon’s life.

Simon survives the ECMO procedure, but Kristen begins bleeding shortly after he has another heartfelt reunion with her. Only one bag of B-negative blood remains, and she’s experiencing an abruption. Because they have the same blood type, Simon wants the doctors to remove him from the machine and give the blood to Kristen. 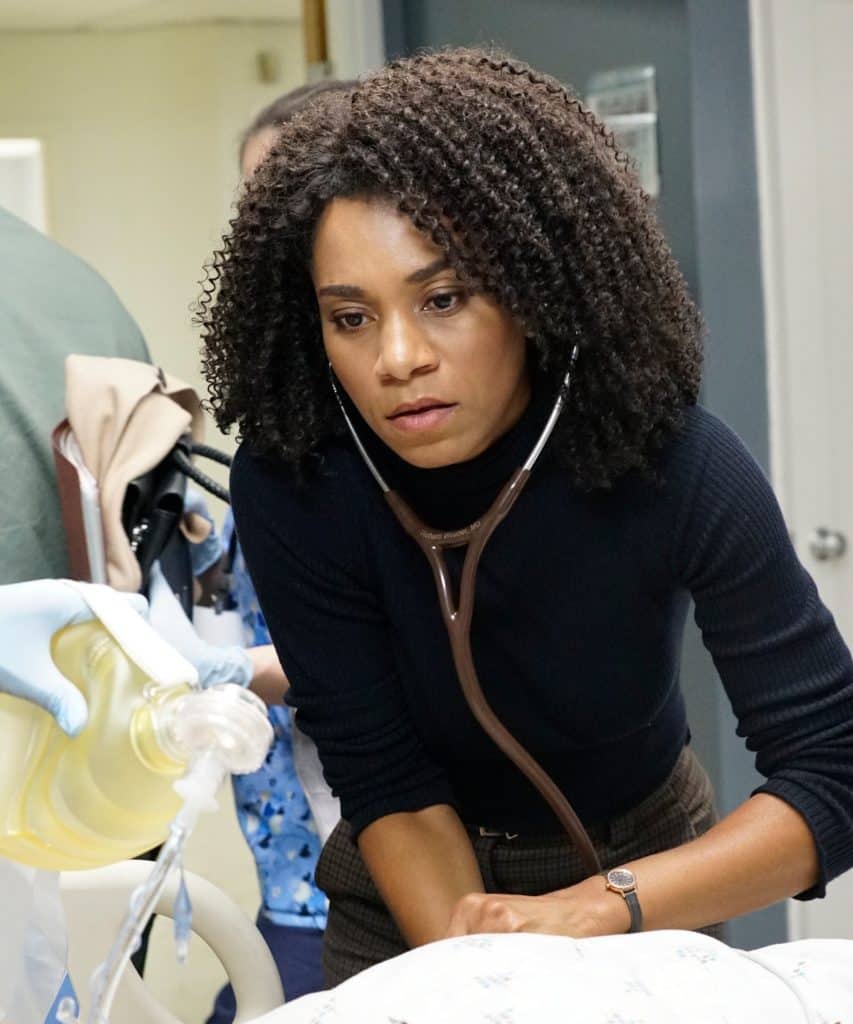 Winston Ndugu agrees and rushes the last bag of blood to the operating room, where Kristen is undergoing surgery. Kristen (Anna Jacoby-Heron) gives birth to Jamal, her and Simon’s son, and survives the struggle. Winston hurries Jamal back to Simon, and Simon just has enough life left to hold his newborn baby for a few seconds. He says to Jamal, “Hello forever,” the same catchphrase he used with Kristen.

Rosie, a Marine with pulmonary fibrosis, is the fourth patient of the week. John wants Dr Owen Hunt to assist Rosie in putting a stop to her suffering. Teddy (Kim Raver) has convinced Owen that even with the best intentions, breaking the law puts his entire family in trouble. 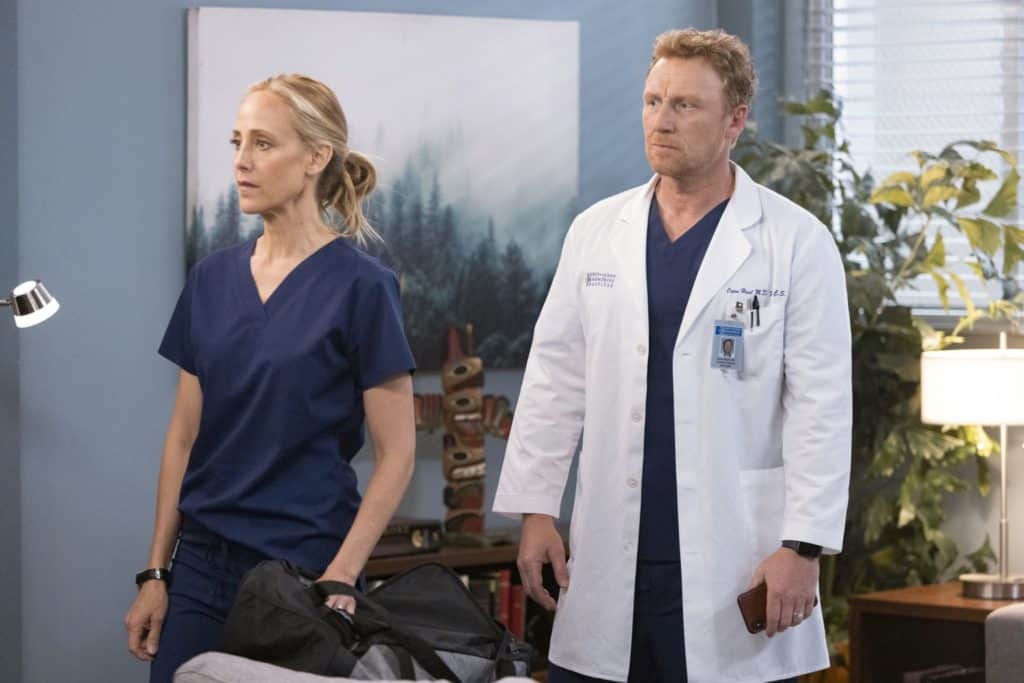 Owen disagrees, but John threatens to report Owen for medical malpractice if he doesn’t give Rosie the meds. Owen approaches Teddy, but he informs him that they cannot help him, so John rushes to Bailey’s office and informs him concerning Owen.

When Bailey comes across Owen and Teddy, they pack their stuff and prepare to depart the nation. Bailey is furious that Owen would compromise the entire hospital, especially when the residency program is already on extinction.

Dr April Kepner (Sarah Drew) enters the attending lounge for a cup of coffee just in time for Bailey to appoint her as a pit boss. When Ben (Jason George) arrives with the driver of the blood truck that has wrecked.

Unfortunately, there isn’t much April can do without blood, so she closes the ER and donates blood herself. Amelia discovers her there, and after chatting and catching up, April gives Amelia an update on the Kai issue.

Dr Jackson Avery returns to Seattle to discuss with Blake the residency program and how the Fox Foundation is increasing funds to ensure its continued success. On the other hand, Blake isn’t convinced, and she’s agitated when Jackson tries to spin Meredith’s decision. 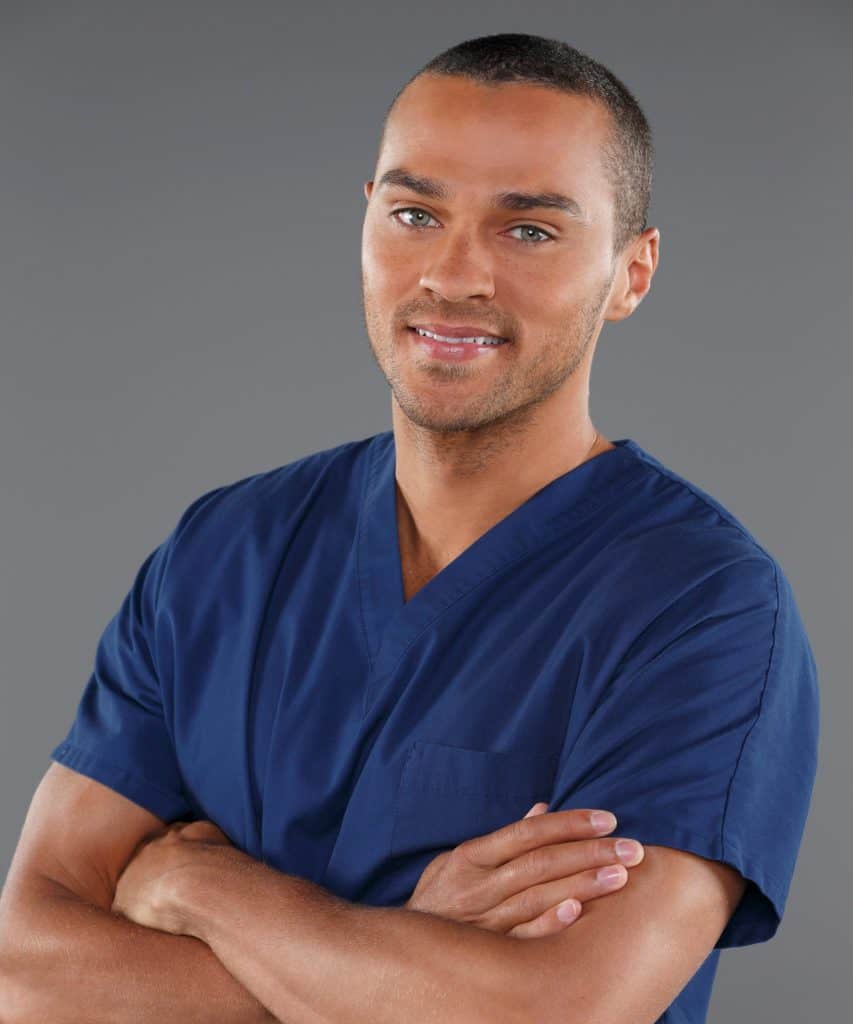 Who Wants a Funeral Sneak Peak

As Catherine (Debbie Allen) undergoes another round of chemo, he and April are forced to offer eulogies for her. Catherine wants a sneak peek at her funeral. Still, Amelia informs her that those plans are premature because Catherine’s tumor is responding to the clinical trial.

Bailey is enraged at Teddy and Owen but is becoming increasingly sympathetic. A confused and anxious Amelia hands them their children at Joe’s Bar. Owen and Teddy are on their way to Egypt for a sabbatical, merely to see the Great Pyramids. 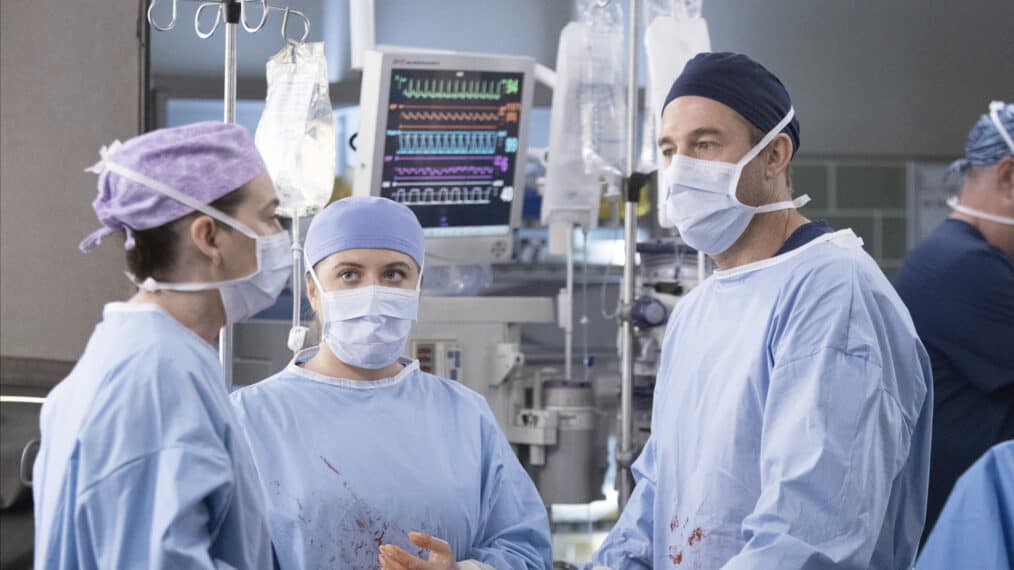 The Other Side of the Coin

Amelia Shepherd returns to the hospital and finds Link (Chris Carmack), to whom she apologizes for hitting him off guard and destroying his heart. Now that she’s on the other side of the coin, she realizes how much it hurts. However, Link does not absolutely detest her. He thanks her for giving him a son who has brought joy into his life.

Kai appears in the hospital parking lot and informs Amelia that they cannot sleep. They couldn’t stand being separated from Amelia. And then they start kissing.

Taken aback by Winston’s rage over his brother, Maggie informs Winston in this two-parter that she doesn’t know him and that they may have married too soon. Winston tells Maggie that he didn’t understand love until he met her, that he didn’t tell her that he loved her lightly and didn’t propose carelessly. He claims they must safeguard their love because love like theirs does not come along very often. 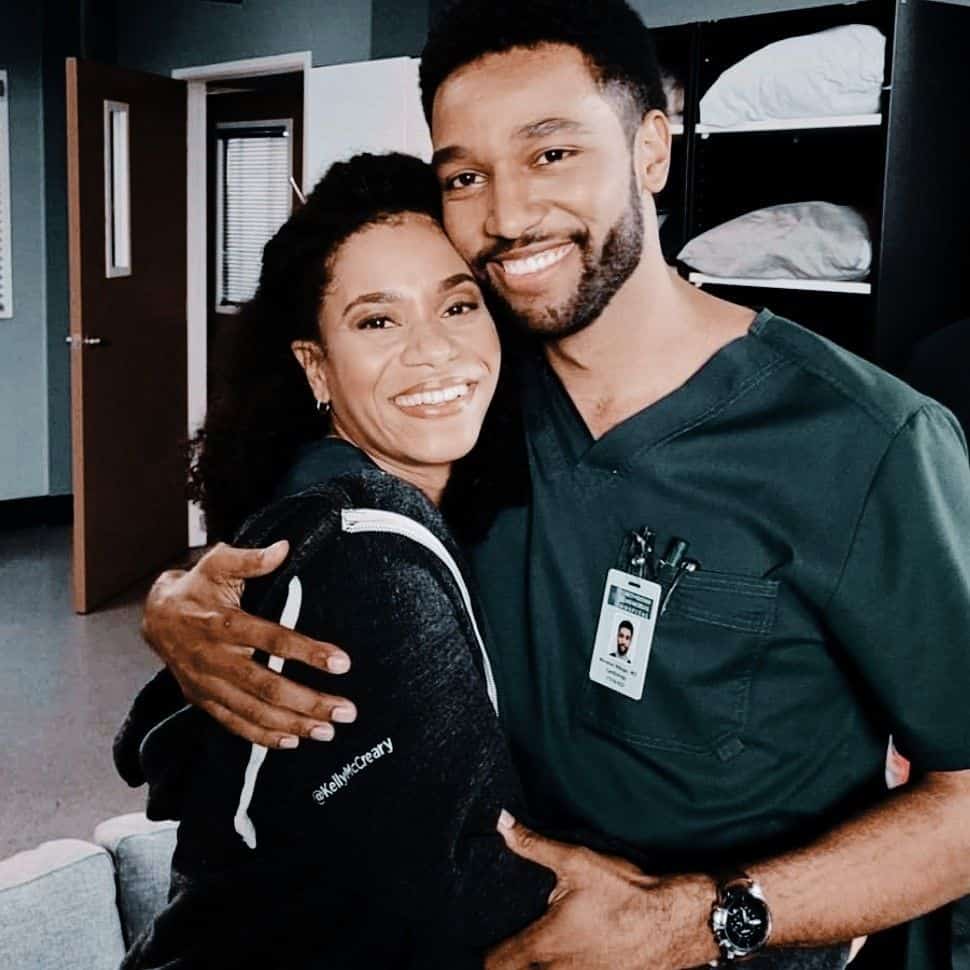 In the hospital nursery, Link finds Jo, who had split up with Todd. Jo tends to suggest that Link take them home and that they watch Encanto for the 57th time with Jo’s daughter, Luna.

She’s also infuriated that Meredith pressed forward with Cora’s procedure despite a blood shortage. According to Blake, Bailey must rebuild and recalibrate the program from scratch.

Bailey pulls and hands Meredith the keys to the chief of surgery’s office. 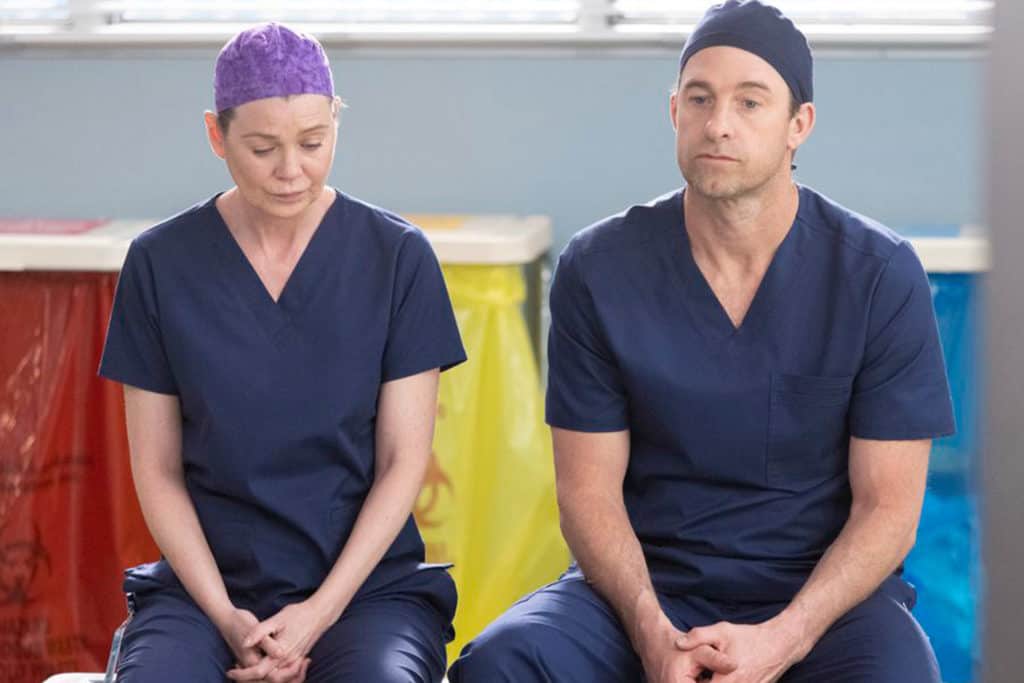 Jackson urges Mer to take over as chief, even if only temporarily. Mer mulls about the possibility as Nick appears and admits that he was foolish to distrust her Cora decision. However, Mer is still hurt that he doubts her judgment. She advises him to return to Minnesota, especially because she has a lot of work to do at the hospital.

Mer has a plethora of flashbacks as Nick slinks away. Mer sees a vision of her younger self on the other side of the glass, right outside of Bailey’s office. The younger Mer appears to be the most upset with her elder self. Mer rushes out of the office, calling Nick’s name, but he is gone. 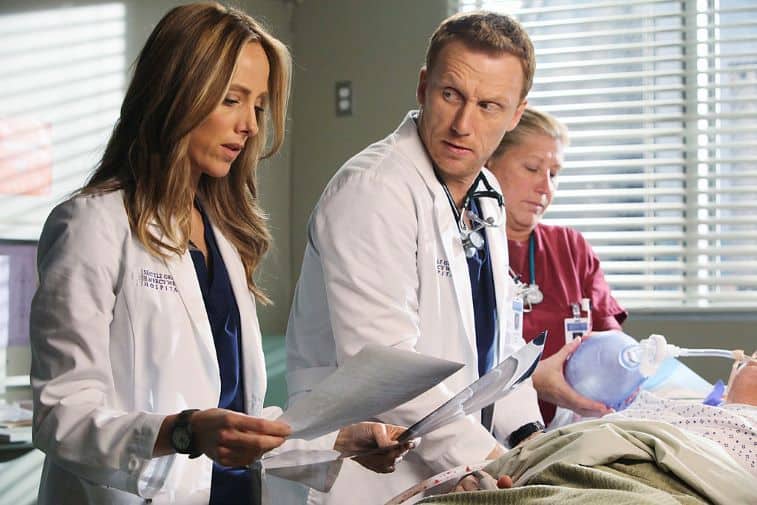 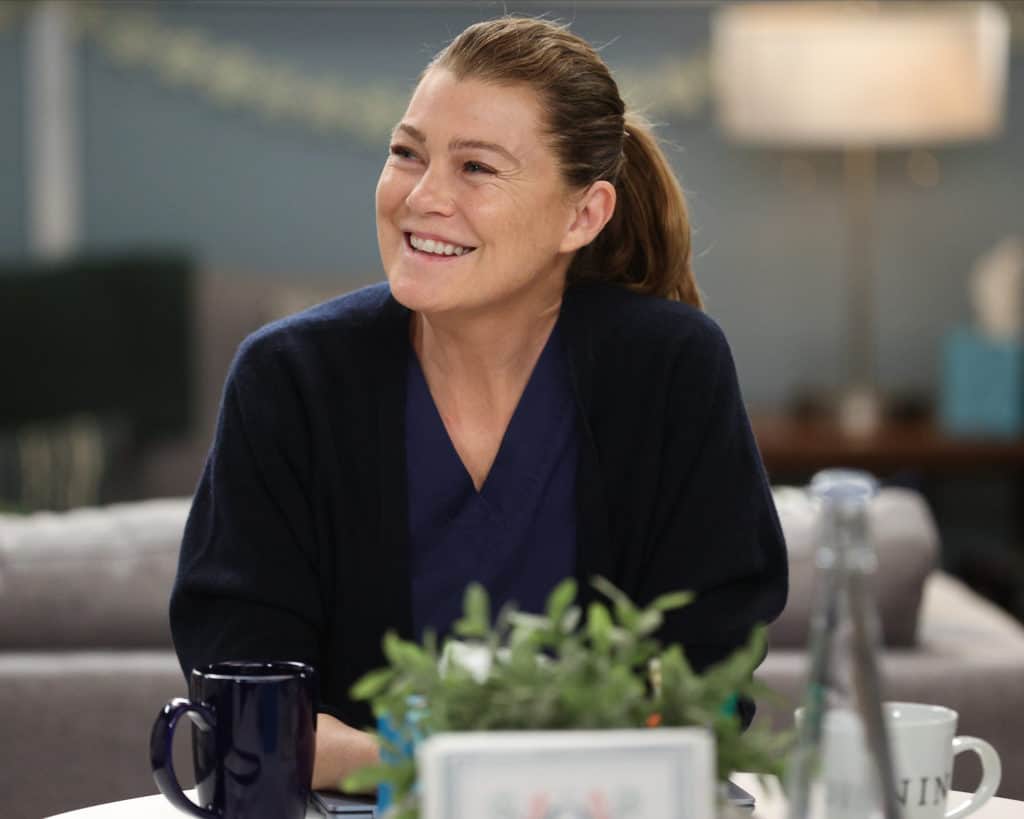 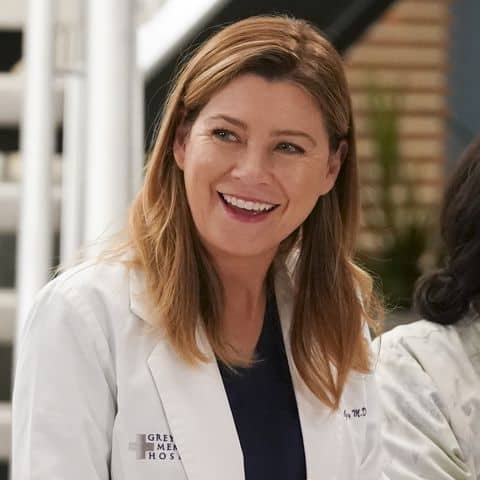 The doctors at Grey Sloan Memorial Hospital deal with life-or-death situations on a regular basis, and they find solace, friendship, and more than friendship in one another. They’re learning together that neither medicine nor relationships can be divided into black and white categories. Only shades of grey exist in real life. 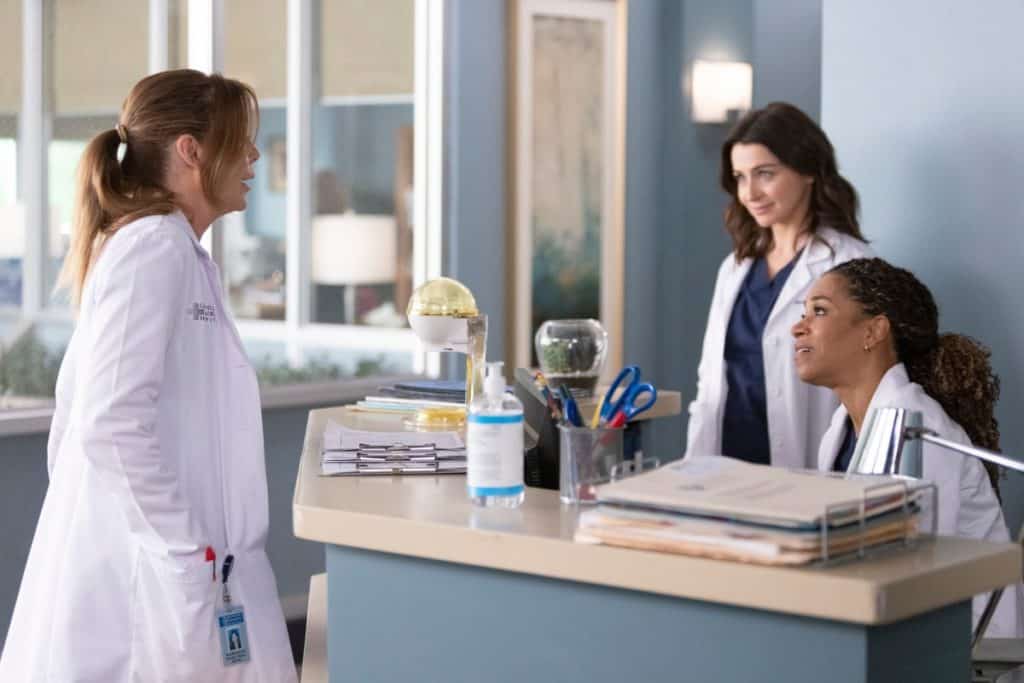 Will there be Grey's Anatomy Season 19?

Season 18 ended on May 26 with the 400th episode of the show. Despite the milestone, Grey’s Anatomy viewers want to know if there will be more episodes of the long-running hospital drama in the future.

There’s a concern about whether the next season will be the last almost every season. Still, Grey’s Anatomy seems to continue forever. Shonda Rhimes and Ellen Pompeo, the show’s creator and actress, have always stated that they’ll finish it when they’re ready.

When ABC announced on January 10, 2022, that they had officially renewed Grey’s Anatomy for season 19, the network also revealed that three of the medical drama’s OG cast members would be returning.

The show was officially renewed for a nineteenth season for the broadcast season 2022-23. Grey’s Anatomy Season 19 has yet to be given an official release date. Still, ABC has stated that it will air in the Fall of 2022, with Ellen Pompeo returning to her legendary role as Dr. Meredith Grey. 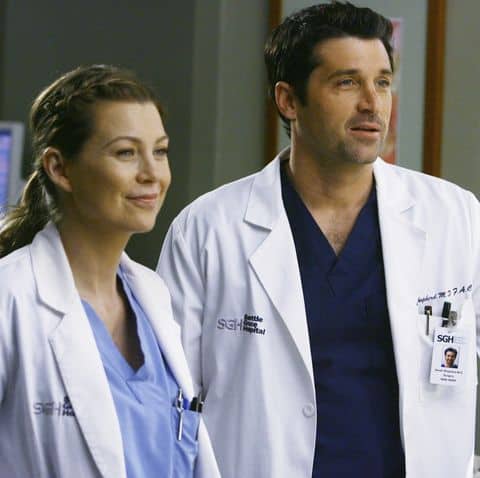 The 19th season of Grey’s Anatomy has yet to enter production, so, at present, there is no trailer for the new episodes. Since filming doesn’t even begin for several more weeks, so we’ll be waiting a good while to see the first actual trailer. 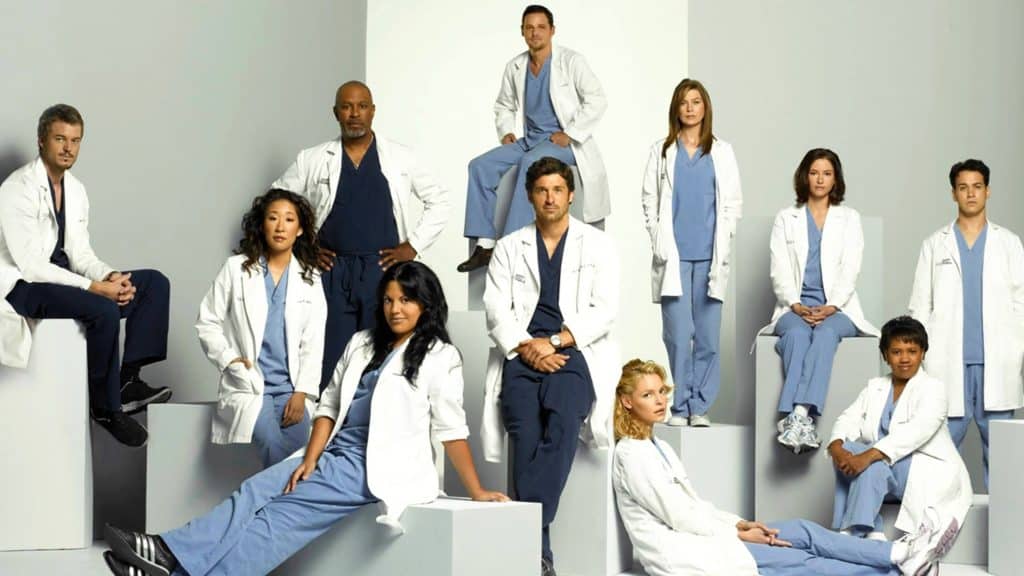 Is Grey's Anatomy Season 19 the Last?

While there are rumors that the forthcoming Grey’s Anatomy Season 19 will be the final season, there are even more reasons why it won’t be, given the franchise’s value and production costs.

Grey’s Anatomy continues to be so popular that it has been dubbed a global phenomenon and remains a cash cow with a lucrative Netflix streaming arrangement.

Season 18 of Grey’s Anatomy may be laying the way for the show’s finale, but the cast opposes the idea that the show’s finale will be in season 19. Any final season selections would likely be made early on and used to help market the beloved show.