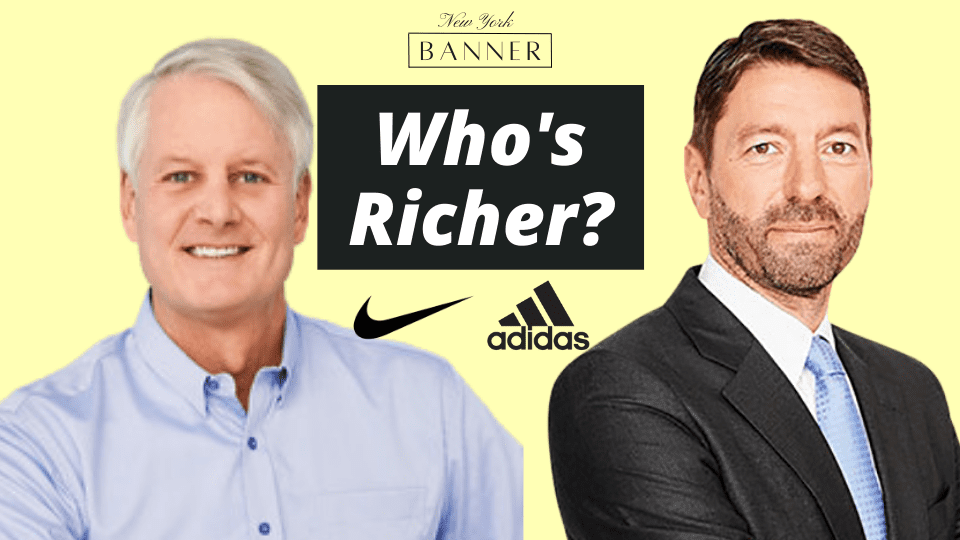 Kasper Rrsted is a Danish businessman who has served as the CEO of the German sportswear company Adidas since 2016. Even after being the CEO of Adidas, Kasper Rorsted has held five previous positions, such as EVP of Human Resources, Purchasing, Information Technologies, and Infrastructure Services at Henkel. Kasper Rorsted has worked with companies such as Oracle, Digital Equipment Corporation, and Compaq. He was the managing director of Compaq Enterprise Business Group in EMEA from 2001 to 2002. From 2002 to 2004, he was the managing director of HP EMEA. Henkel appointed him as a director in 2005, vice chairman in 2007, and CEO in 2008. Under his leadership, the group’s market valuation increased to more than billions of dollars.

Nike’s CEO, John Joseph Donahoe II, is an American businessman who began his professional career with Bain & Company and eventually became president and CEO in 1999. He serves on the boards of Nike, The Bridgespan Group, and PayPal. John Donahoe will oversee the massive growth of Athletic Apparel and the international business asset allocation of NIKE, Inc., which contains the Jordan Brand and Converse Inc.

How Kasper Rorsted Got So Rich

Kasper Rorsted was the CEO of Henkel, a large corporate manufacturer of household cleaners, personal care products, and adhesives, after holding senior executive positions at Hewlett-Packard, Compaq, and Oracle. He currently represents the Supervisory Board of Bertelsmann, a global media company.

He began his professional career in marketing and advertising at the US high-tech firms Virtual Devices and Oracle, the latter of which was obtained by Compaq in 1998. Kasper joined Compaq in 1995 and held numerous foreign leadership positions before becoming general manager of the company’s Europe, Middle East, and Africa (EMEA) business in 2001. Adidas AG, a German sportswear company, announced in January 2016 that Kasper had been assigned to its executive board, effective August 2016, and as its chief executive officer. During that time, Kasper will resign immediately as Chief Executive Officer of Henkel. Kasper Rorsted has served on company boards and non-profit groups such as Siemens AG, Nestlé, and the European Round Table of Industrialists (ERT).

How John Donahoe Got So Rich John Donahoe had been a member of Nike’s Board of Directors since 2014 before becoming CEO in January 2020. Originally, John served as President and CEO of ServiceNow and eBay, and he is still Chairman of the Board of PayPal. He previously worked for Bain & Company for nearly 20 years, rising to the CEO position in 1999. John, a former basketball player and lifelong sports fan, graduated from Dartmouth College with a bachelor’s degree in economics and an MBA from Stanford Business School.

He spent 20 years at Bain & Company before joining eBay, beginning as an assistant advisor and becoming the company’s president and CEO in 1999. He was appointed president of eBay Marketplaces in March 2005. His role was to concentrate on eBay’s core business, which accounts for a significant portion of the company’s revenue. He was appointed CEO of eBay in 2008. He made over forty purchases. Devin Wenig replaced Donahoe as eBay Marketplaces president after he left the company in 2015. He was named president and CEO of ServiceNow, a software company he became acquainted with while working at eBay in February 2017. He was named the next CEO of Nike in October 2019.