What Happened on the Last Episode of Season 9 of The Walking Dead? 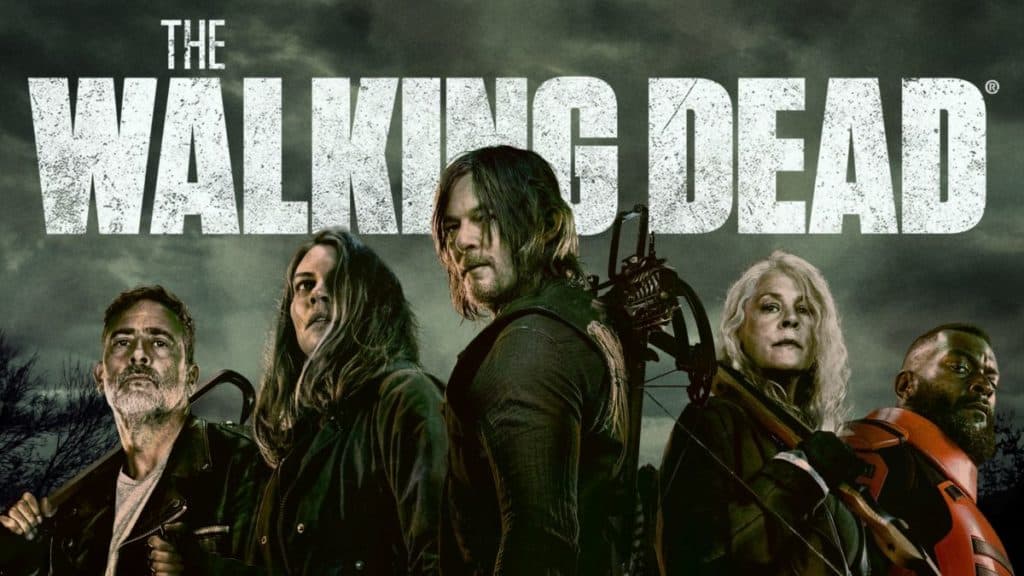 The Brutal Death of 3 Main Characters and Others 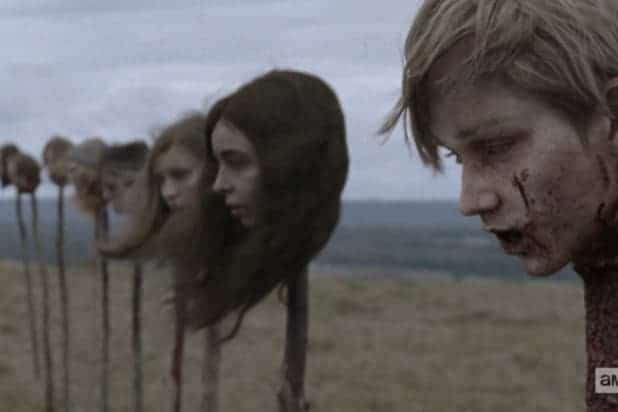 The last episode of Walking Dead season 9 is one of the most savage in the series’ history, wiping off ten people in a single sweep.

Tara (Alanna Masterson), Hilltop’s leader after Jesus’ death, Enid (Katelyn Nacon), Carl’s former girlfriend and Hilltop medic; and Henry (Matt Lintz), who takes over for Carl, are the three key characters who come to their end.

While they are primarily minor characters, the big three are the potential to drastically alter the show, with Henry’s death having a significant influence on Carol.

An Overview of The Walking Dead Season 9 Finale

The Walking Dead Season 9 finale experiences the arrival of winter. Still, unlike the tremendous snowstorm that blankets the villages, it is largely unremarkable.

The groups interact with the elements while attempting to survive. While it does an excellent job of showcasing, it does quite work as a season finale because of the major cliffhanger at the end of the episode.

Going into the episode, The Storm held a lot of potential, as the prospect of being a part of the group’s physical and mental journey through the brutality of winter while dealing with the undead sounded exciting.

In “The Storm,” not everyone is involved in a happy ending. The illusion appears to be over for King Ezekiel (Khary Payton). He departs his crumbling Kingdom and lives on the Hilltop without his queen. The fair was insufficient to save the Kingdom. Early in the episode, Ezekiel tells Daryl (Norman Reedus) that the months following Henry’s death are complicated for the King and queen. It’s easy to think that the weight of the loss makes saving the settlement even more difficult.

The terrible new enemies, the whisperers, and their even more terrifying leader, Alpha (Samantha Morton), are a big part of The Walking Dead season 9’s acclaimed success. These humans, who choose to live among the walkers while wearing masks, give it a new lease on life after the long conflict with the Saviors and its aftermath.

Brief Recap of The Walking Dead Season 9 Finale: The Storm

Leaving the Kingdom that Falls 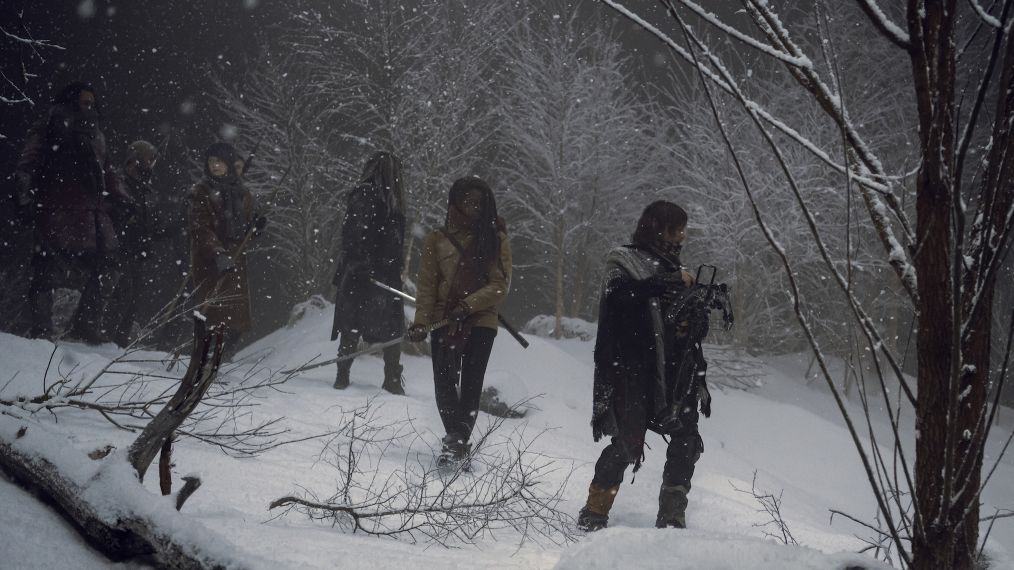 The episode begins with Ezekiel discussing the fall of the Kingdom over the radio. Things aren’t looking well at home for the King, as there appears to be a significant gap between him and Carol.

Ezekiel, Carol (Melissa McBride), and many others, including Daryl, Lydia (Cassady McClincy), and Michonne (Danai Gurira), undoubtedly depart the Kingdom for good. The crew discusses how they will proceed during the winter while on the road. Carol explains she has trouble accepting Lydia because she sees Henry when she looks at her. Still, when Daryl asks what she sees when she looks at him, Carol offers him a comforting smile, squeezes his arm, and says, “I see you.”

Shelter at the Sanctuary 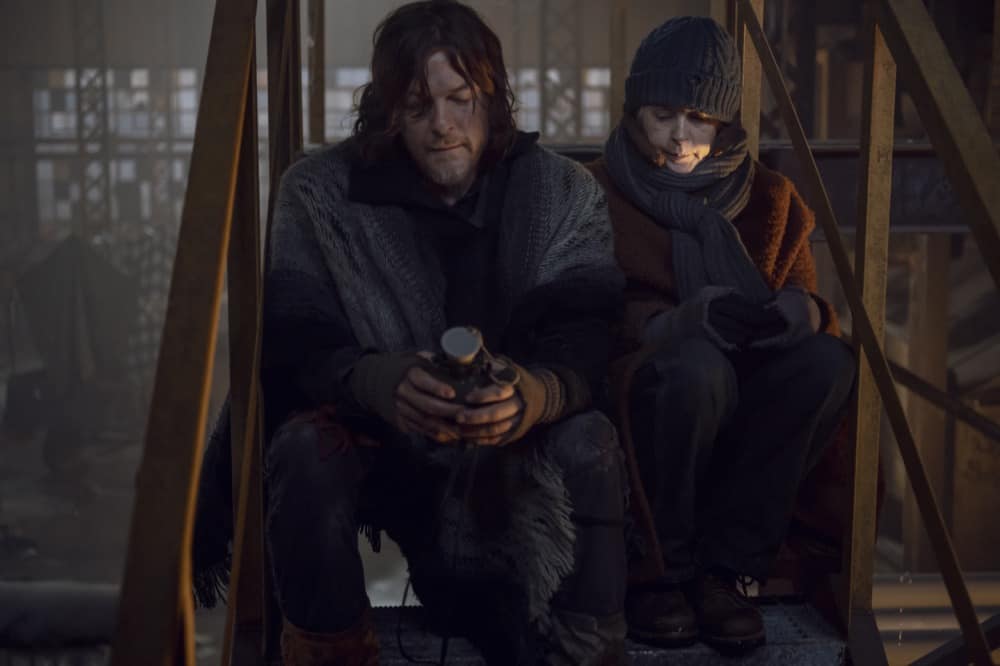 The King seizes the opportunity to speak with Daryl alone when it arises. So that he may work on healing his marriage at Hilltop, Ezekiel makes it plain that he doesn’t want Daryl around his wife. Daryl gives the King a scowl and walks away, appearing enraged by Ezekiel’s insistence that he keep his distance from Carol.

The party decides to spend the night at the Sanctuary, where Daryl and Carol have another tender moment. Carol asks Daryl if anything happened between him and Ezekiel as they sit on the steps and converse. “He can’t let himself blame me,” Carol adds, referring to her husband’s attempt to place guilt for Henry’s death on Daryl.

Daryl offers to take Lydia away after she confides in him that she feels like she’s losing herself again. Carol asks if being alone is what he wants, and he says no. “Can you tell me what you want me to do?” “he asks. 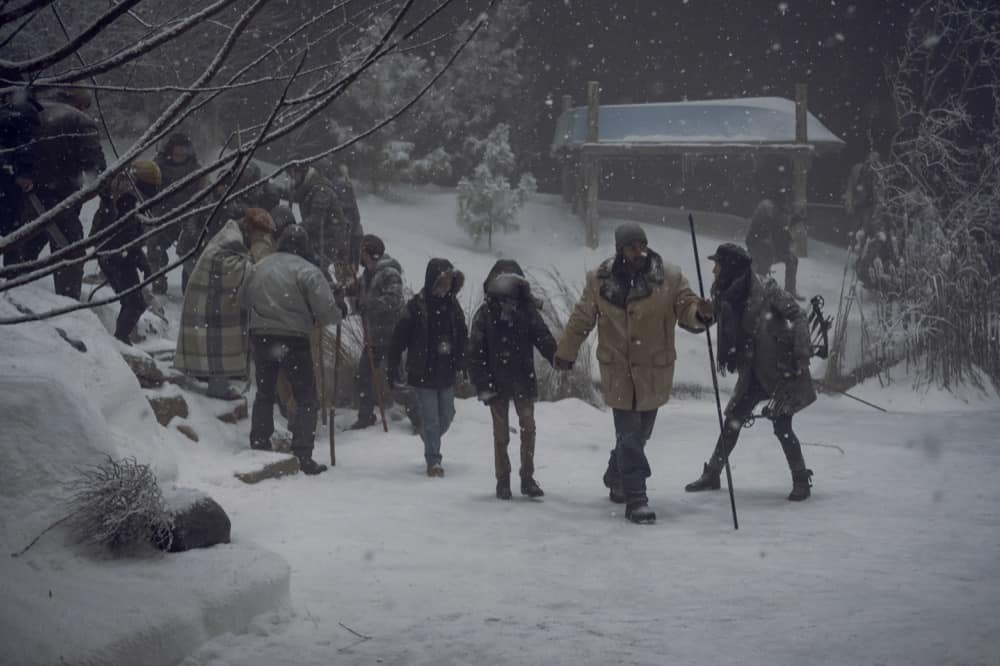 The crew makes arrangements to survive the storm, but getting to the next weigh station is their last hope of survival. The most direct route takes them via Alpha’s domain, which Ezekiel strongly opposes. Despite this, they need to go forward and reach the river they need to cross, but Lydia is missing. Carol promises to find her, and the remainder of the group crosses the icy river, grappling with walkers in the water.

Lydia begs Carol to kill her because she is upset and remorseful. “I’m sorry, but it has to be you,” Lydia adds. “I’m too frail.” Instead of killing her, Carol pushes her aside and kills a walker who approaches them. She assures Lydia, “You’re not weak.” She gives her hand to her, and they return to the group hand-in-hand.

Everyone arrives safely at Hilltop and seeks refuge in Maggie’s ( Lauren Cohan) old office. Carol ends her relationship with Ezekiel by telling him she will join the others in Alexandria. “And I’ll never regret the fairytale,” she says when he tells her, he’ll never stop loving her. She takes off her ring and attempts to return it to him, but he walks away.

Shelter Goes Up in Smoke 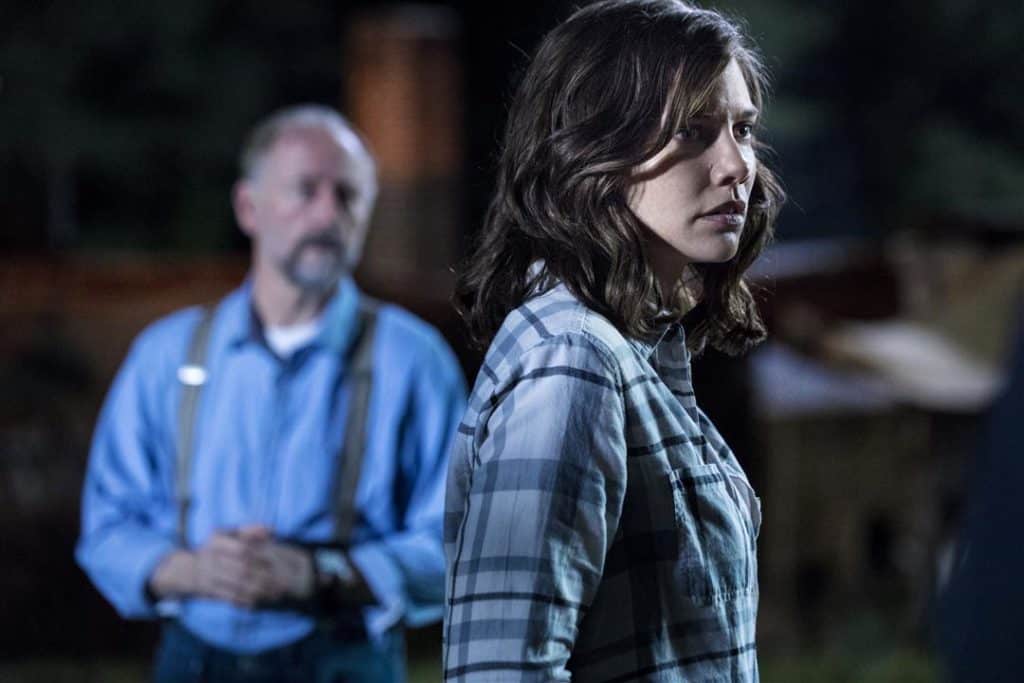 The fact that Rosita (Christian Serratos), Gabriel (Seth Gilliam), Siddiq (Avi Nash), and Eugene (Josh McDermitt) are all taking shelter together during the storm along with Negan (Jeffrey Dean Morgan), who they wouldn’t leave to freeze. He nags the adults, but Judith Grimes (Cailey Fleming), who is feeling bad because she can’t find the Dog. Unfortunately, when they discover that something obstructs the chimney, all of their ideas and shelter go up in smoke.

They set off towards Aaron’s (Ross Marquand) house in the rain, but the plan becomes difficult when Judith hears Dog barking and chases him down. As a result, Negan decides to pursue Judith. He battles the storm to locate them both, despite injuring his leg. Despite this, and the fact that he lends Judith his coat, he can safely return all three of them to Alexandria. 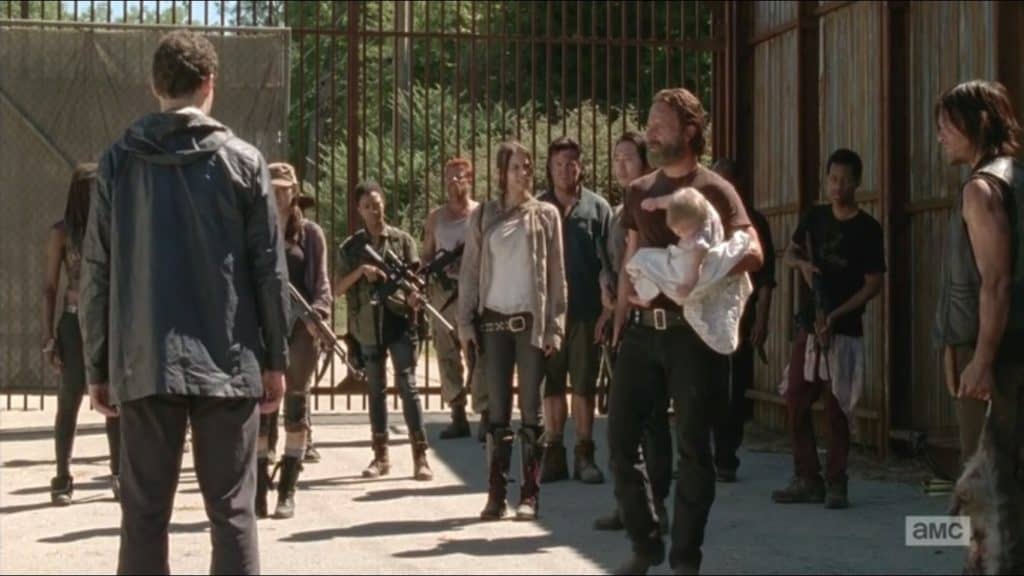 Carol, Daryl, Lydia, Michonne, and several other survivors make their way back to Alexandria. Daryl starts a snowball fight with Michonne after she is reunited with Judith and RJ (Antony Azor). Everyone joins in, and they’re all smiling for the first time in a long time.

Michonne visits Negan in the infirmary to express her gratitude for saving Judith. She’s taken aback when he asks whether everyone is okay after the storm and the Kingdom’s fall. She pulls up a chair when he compliments her for passing through the Whisperers’ domain. 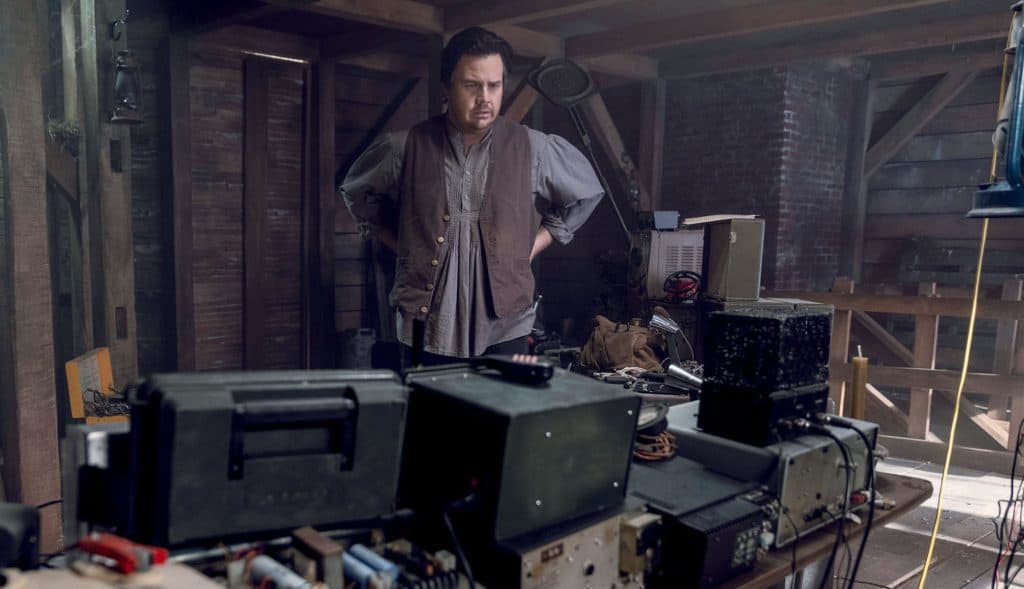 Alpha and Beta (Ryan Hurst) converse after another time leap. The whisperers may have gone away for the winter, but that doesn’t mean they’ve forgotten or forgiven. Despite Beta’s assurances that the pack is formidable, she declares, “I’ll need to be stronger for what comes next.” She hands him a branch similar to the one she used to strike Lydia, and she remains impassive while Beta hits her.

The trek ends up being cathartic and remarkably free of whisperers. The episode ends with Alpha, Beta, and the rest of the whisperers seeking cover elsewhere during the storm, implying that they were not there during the Kingdom’s march to Hilltop. On the other hand, Alpha returns and is ready to take the next step in her plan to rid the new globe of civilization.

Ezekiel chats to Judith on the radio at Hilltop. She advises that they return to the Kingdom in the future, but the ex-King emphasizes that “just because we lost our house doesn’t mean we lost our home.” Judith agrees and departs, followed by Ezekiel. An anonymous voice crackles across the radio after he leaves. “Hello?” it asks. “Is there anyone out there?” 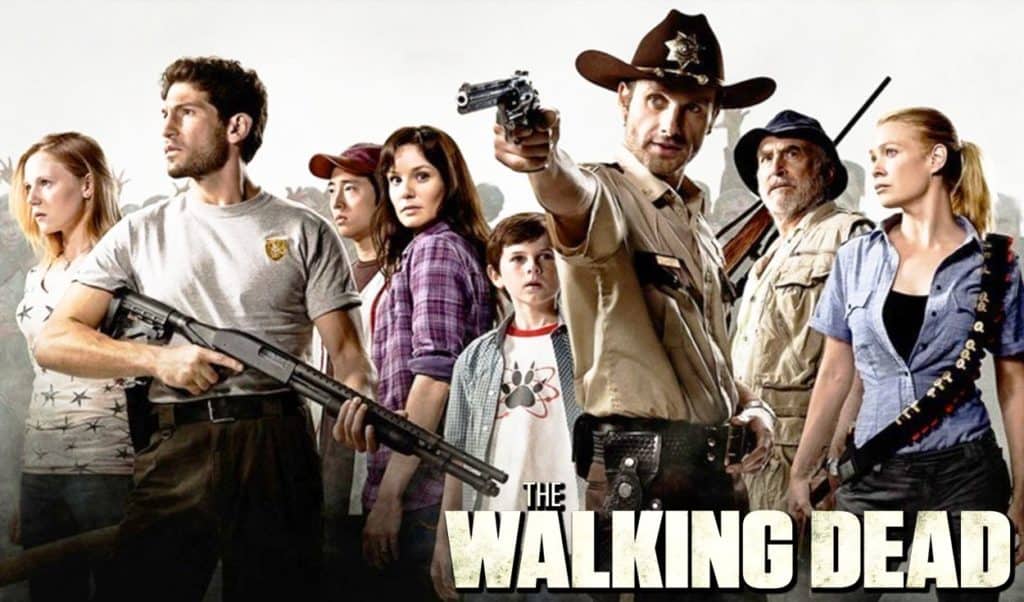 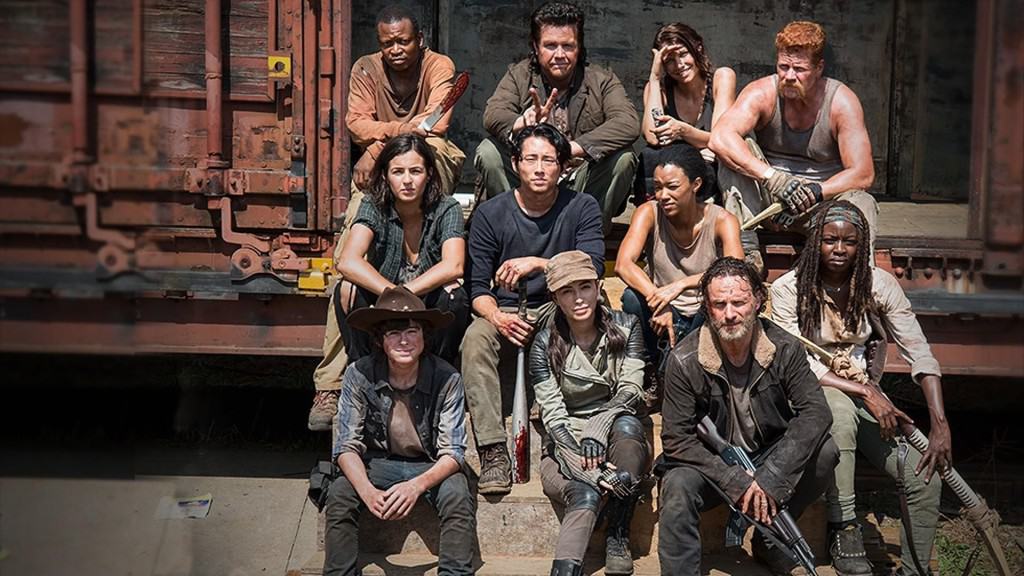 It follows a group of survivors who journey in quest of a safe and secure home, led by former police officer Rick Grimes. As the survivors deal with the effects of a world overtaken by the dead, their interpersonal issues pose a larger threat to their continued survival than the walkers roaming the land.

The survivors are compelled to contact other human survivors due to the demise of contemporary civilization. They develop organizations and communities with their own rules and morality, which could lead to open, violent confrontation. A group of survivors is forced to fight for their lives against man-eating zombies. The show’s main character is Rick Grimes, a Sheriff Deputy who was shot before the apocalypse.

Rick is headed to a neighboring hospital before the zombie breakout. Rick wakes up at a hospital alone after waking up from his coma. He understands he’s in a universe unlike any he’s ever seen before. Throughout the series, Rick exhibits authority and strength, exhibiting his machismo over the team.