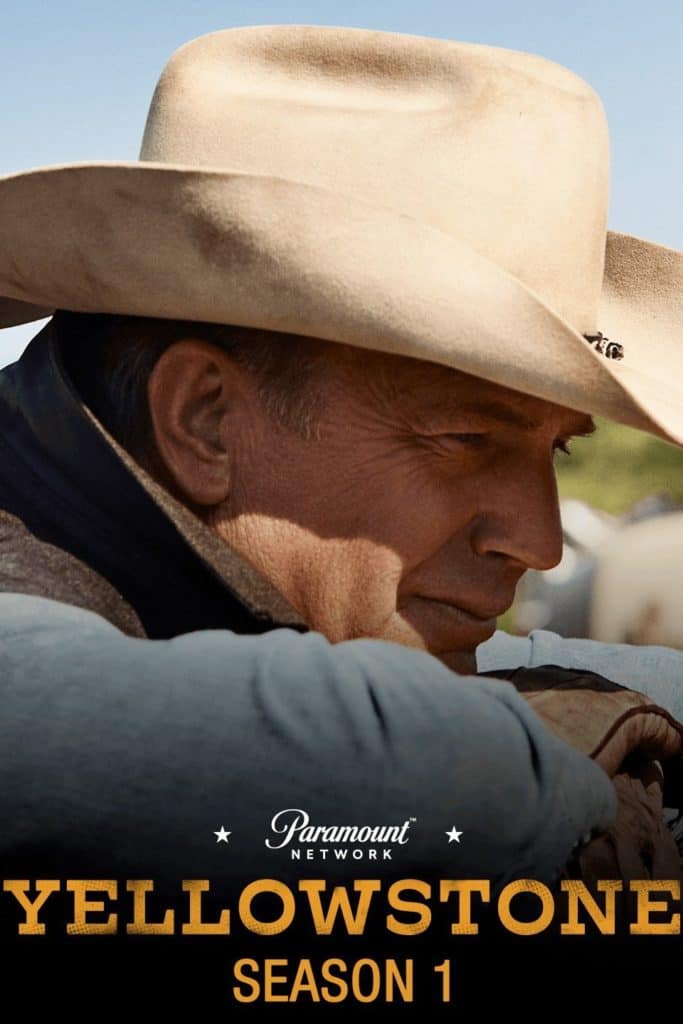 In the final scene of Yellowstone, season one, a band of wolves devoured the bear that Rip had been obliged to kill to save himself.

There isn't Enough of the Bear Left 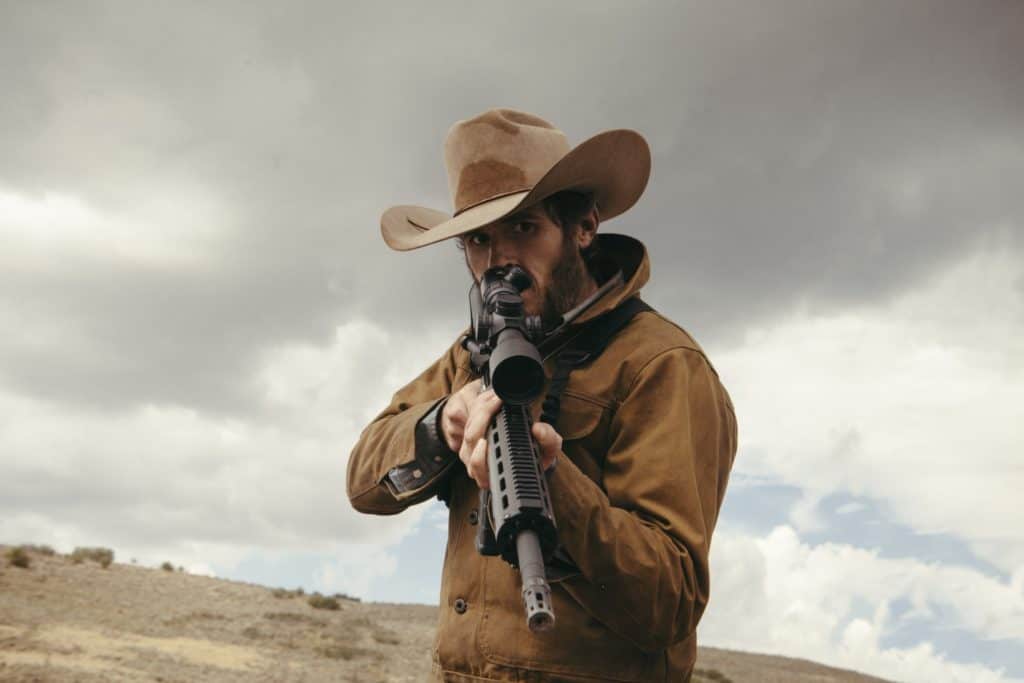 The season finale opens with the sheriff and a Fish and Wildlife officer surveying the situation. Unfortunately, not enough of the bear is still alive to allow us to piece together what took place.

If Rip (Cole Hauser) had shot the bear at close range while it was charging, John (Kevin Costner) uses his own gun to calculate where the shells would have fallen. Since no casings have been discovered, Rip’s case doesn’t appear to be helped because the casings land close. The sheriff had lied when he said he hadn’t located any casings during his earlier investigation. Still, fortunately, John is a strong judge of character.

The Fish and Wildlife officer is naturally angry that the sheriff was suppressing evidence, so John takes the casings and gives them to him. The sheriff acknowledges that the containers were discovered exactly where Rip insisted he was when the shooting occurred. The case was thrown out. 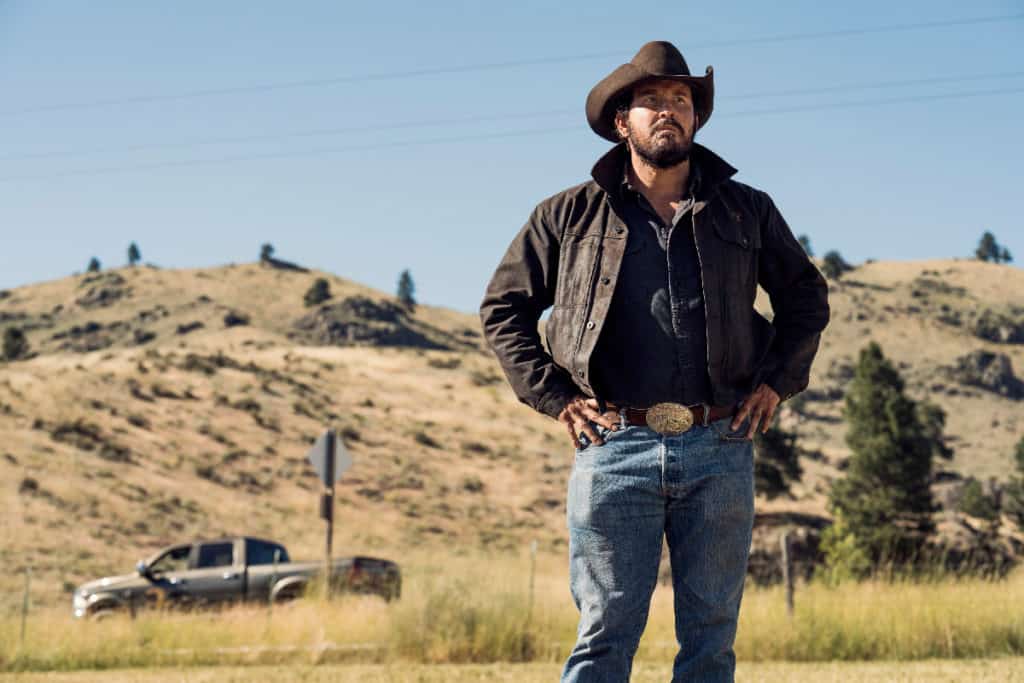 Back at the house, Jason (David Cleveland Brown), Beth’s helper, gives John a wrong first impression when he steps outside and throws up in the bushes. When Beth (Kelly Reilly) catches up, she tells her dad about the sick stranger. With the threat to “take away the thing” Jamie left the family for, John informs her that Jamie is no longer the ranch’s legal counsel.

John meets with the district attorney and governor Lynelle Perry (Wendy Moniz). They refuse to comply with his request, but he wants Jamie to withdraw from the competition. Lynelle prefers that John vacate his position as Livestock Commissioner. In her and the attorney general’s opinion, John’s legal concerns will affect the other lawmakers. John declines and adds that if they want John to leave, they should find someone who can beat him. He hears Jamie (Wes Bentley) in another room as he exits the dining area. John speaks with his son.

The men practice roping at Yellowstone Ranch. Naturally, Jimmy (Jefferson White) loses his balance and blames his misfortune on calling his horse the wrong name and laying his hat on the bed. Later, John and Rip have another tough conversation, during which John admits he is unsure of the trustworthy source of the subpoenas. John proposes that Rip start by asking Dan Jenkins when he volunteers to check around. 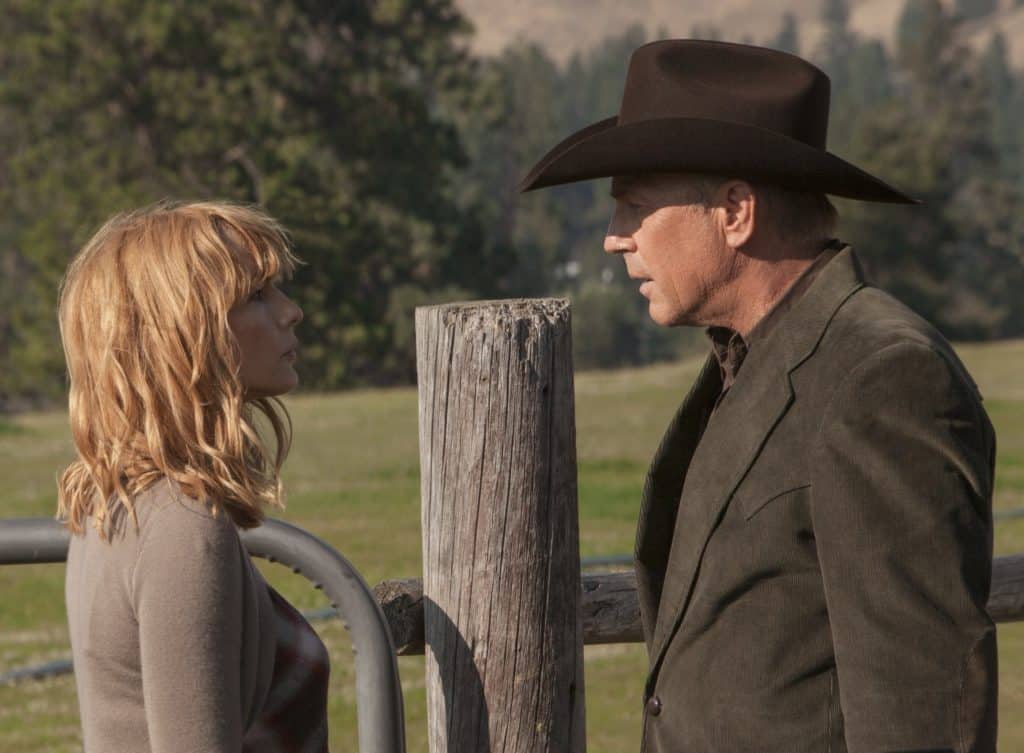 When the topic of health comes up, John says he is unsure about his prognosis. He decides not to seek further treatment at the doctor’s clinic.

The following person to speak with John is Beth. He wants her to create a trust for the ranch, with her serving as the executor. She commits to not selling it and not letting Kayce sell it either. John tells her to remove Jamie from the payroll as he wraps up any loose ends.

When Beth visits Jamie’s campaign office, she insults Christina (Katherine Cunningham), Christina’s campaign manager, before focusing on her brother. She tells Jamie that he is no longer the family’s lawyer and demands his gold card and the truck’s keys. She purposefully knocks one of Jamie’s campaign mugs to the ground as a joke, telling him she’ll be able to pick one up at a yard sale in a few months.

Rip is observing the activity at a strip club in the meantime. When he asks one of the women whether she wants to earn $1,000, it turns out that they are very familiar with one another. Avery (Tanaya Beatty) claims she can outride every man at Yellowstone, and what she truly wants is a job at the ranch. He doesn’t want her with the loud men, despite the fact that she is secure in her abilities to hold her own. 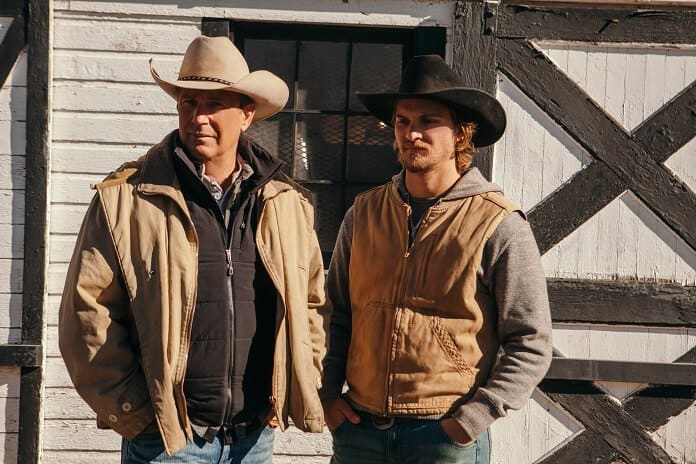 The following day, the spying observer introduces herself to Jamie as Sarah Nguyen (Michaela Conlin). She is a reporter for New York Magazine, and he learns from a Google search on her. She says she’s found out that while Jamie’s father isn’t a good man, Jamie is. She invites Jamie to participate as a subject or a source in her exposé on John.

Jamie is dragged outside by Christina before he can respond. She demands to know what unburied secrets Sarah is most likely to find. It depends on how closely Sarah is gazing, Jamie candidly says. The latter clarifies that she wants to create a tale about Jamie and characterizes him as a new type of politician looking to engage in corruption. Later, she informs Jamie that he will have to turn against his father to succeed without this document. She does not think John will consent.

Dan Jenkins (Danny Huston) and Thomas Rainwater (Gil Birmingham) discuss the specifics of their strategy in another scene. Avery is sitting close and listening for a while, trying to blend in. She secretly takes notes during their chat. 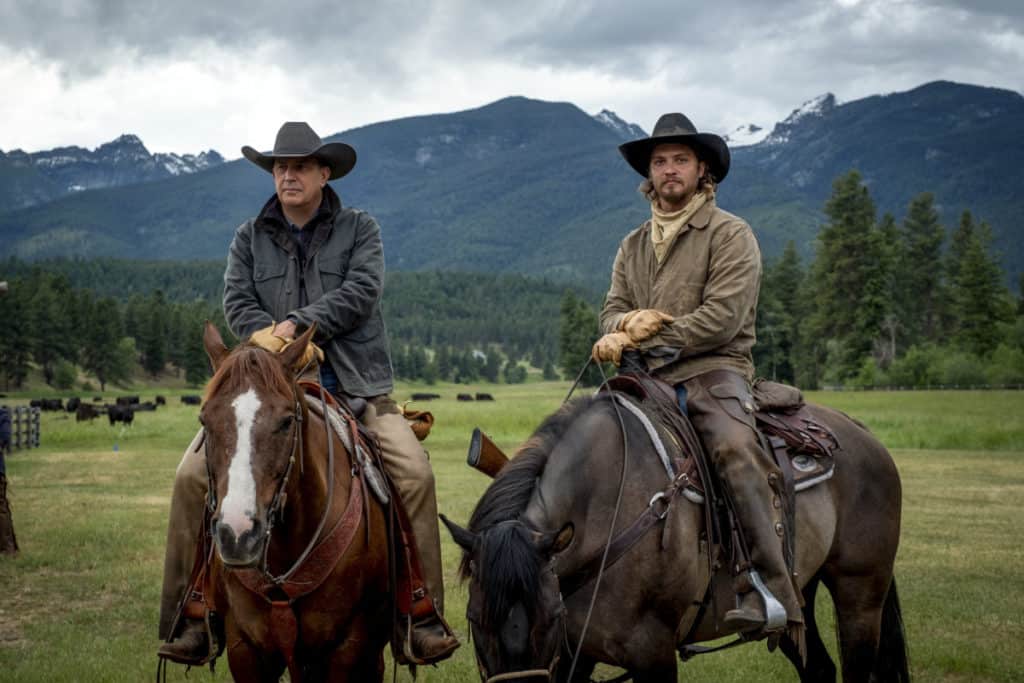 At Yellowstone Ranch, Beth and John pore the legal documentation because Beth believes numerous attorneys will be needed to handle the lawsuits and subpoenas. Beth is asked to leave the room after Rip interrupts and tells John what he’s found out. He plays John the tape that has details on the casino and hotel, which will edge right up to John’s land.

John confesses he doesn’t think his kids will be able to guard the ranch soon. Dan and Thomas make a powerful duo, and John fears that the family may eventually lose the ranch. John needs the issues resolved before he passes away. Beth tries to persuade Rip to share the topic of their conversation as he departs. She issues a strong cautionary statement to him.

The ranch laborers play cards to unwind once the day’s work is done. The group is introduced to Avery by Rip, who cautions them to treat her like a cowboy. The men immediately identify Avery from the strip club as he departs. She has the upper hand by dressing in public while they flinch and turn away.

When delivering Kayce (Luke Grimes) to John at the ranch, the sheriff briefly explains how Kayce was jumped by a vagrant and fought back by going overboard. Thankfully, he is not in custody. Kayce admits he’d prefer to go home as he and John sit on the porch. John explains that all he wants to do is leave him with something to give to Tate later. Then Kayce tells him that Monica left him, and John tries to stop him as he goes to the bunkhouse. I don’t need another cowboy, John claims. 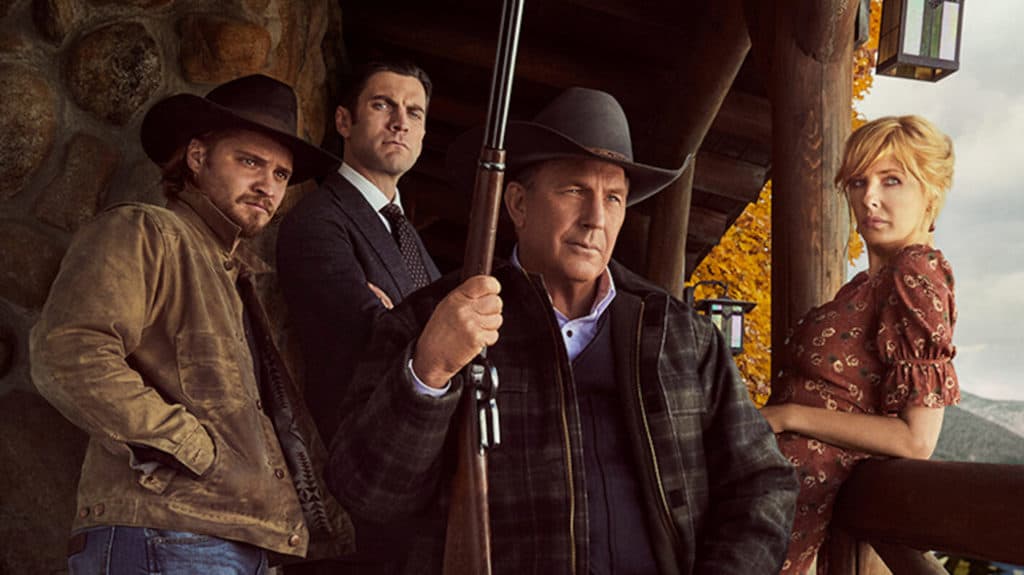 Back to card games in the bunkhouse, Avery is blending in well. When Kayce shows in and inquires about an empty bunk, the game is put on hold for a moment. They point to one and yell at him when he places his hat on the bed. While the other cowboys do believe in bad luck, Kayce does not.

The following day, Monica (Kelsey Asbille), bandaged and in a wheelchair, shows up at her grandfather’s house. Tate is unhappy that they live there, and Monica can only watch him sob outside. It’s too much as her grandmother is wheeled alongside her on the porch. She sobs uncontrollably.

Sarah’s hotel room is visited by Jamie and Christina for an interview. Jamie admits he has realized he must kill his father to preserve his legacy as she turns on the recording. He was unaware of how challenging that would be, though. He gathers himself before starting the interview. 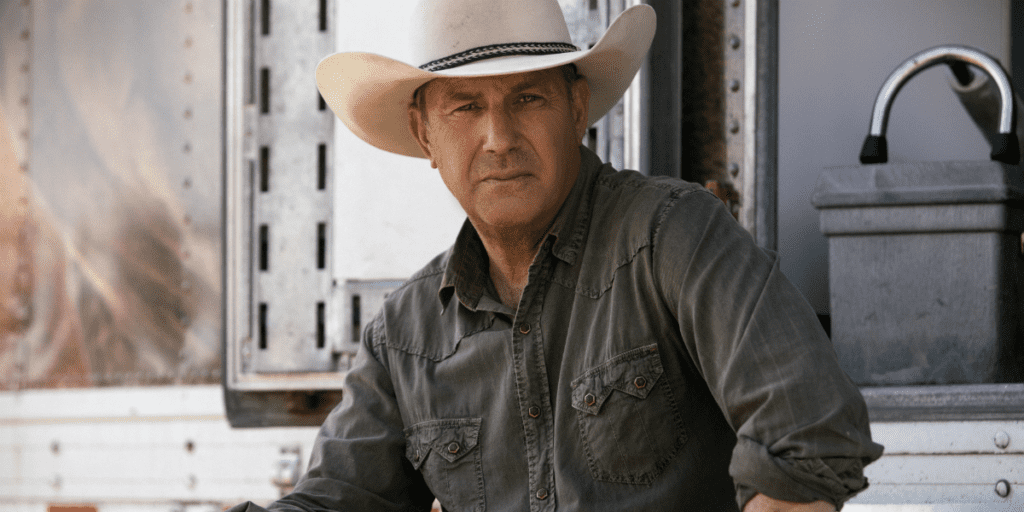 When Dan cuts into the line of parked cars, Rip and Lloyd (Forrie J. Smith) follow him down the sidewalk, but Kayce blocks their way and shoves Dan into a truck. Dan is brought to the ranch and put on a horse while wearing a noose around his neck. As he forces Dan to admit the semi that struck John’s truck was a setup, Rip cautions him not to look at him.

Dan is forced to confess by Rip about his schemes to raise property taxes, inflate land values, and drive people out of their homes. Dan cautions John that he must either sell Yellowstone or risk losing it, and Rip makes sure Kayce is aware of the situation. After getting the confession, Rip orders Dan, to be killed while he yells profanities; however, Kayce kicks the horse, causing it to bolt. Dan claws at the rope around his throat as he gasps for air.

Back at the ranch, John and Beth are the only ones seated at the huge dining room table for dinner. She informs her father he needs to purchase a smaller table while sobbing. Later, John follows her as she goes outside to smoke. She is disappointed that her family has split up and worries about Kayce because John claimed he had returned home. John makes an effort to console her.

Beth clarifies that she is doing it for him, not a table. She’ll initially sell the table after his passing. They embrace after he makes a commitment to stay put. 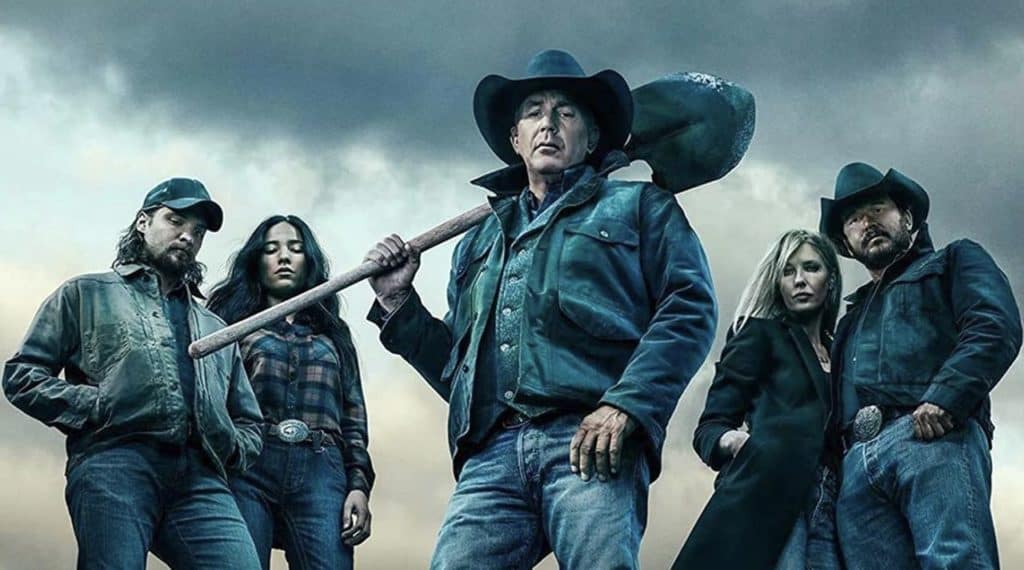 A vast cattle ranch, an Indian reservation, and land developers share borders, and the conflict that arises there is the focus of the television show.

John, a patriarch in his sixth generation, is descended from ranchers who settled in Montana in the 1800s. The largest property in the contiguous United States, the Yellowstone Ranch, is owned and run by him. John is trying to protect his farm from developers who want to divide it up with the help of his adult children Lee (David Annabelle), Jamie (Wes Bentley), Beth (Kelly Reilly), and Kayce (Luke Grimes). They disagree with both the state of Montana and the adjoining Broken Rock Reservation. 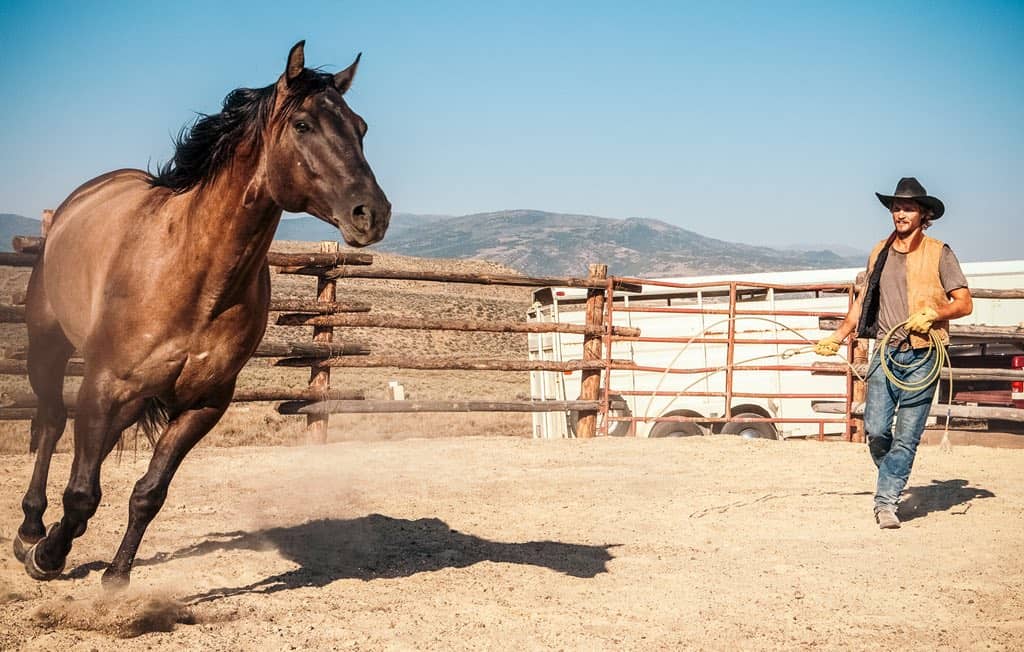 The Duttons deal with any potential consequences as the shootout’s dust settles.

A problematic family anniversary is handled by the Duttons. A young girl is shielded from harm by Kayce. Planning for Jamie and Beth’s own political futures. The Dutton legacy is gravely threatened by rainwater. 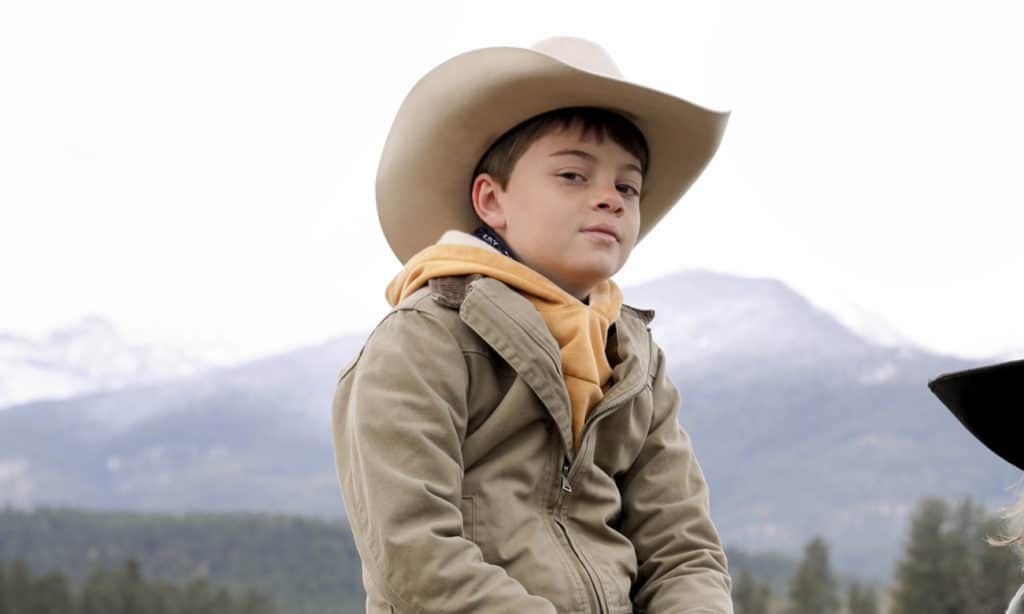 During Tate and Beth’s quality time, a close call occurs. Beth reveals a secret about John, and Beth shows Jenkins a problematic night out.

Jamie uses his legal wizardry to help Kayce escape the clutches of the tribal police. At the same time, Rip finds a new cowboy, and John attempts to keep Kayce and Monica close to home.

John and the Yellowstone are in danger from a new collaboration, while Jamie intensifies his political campaign.

Episode 7 - A Monster Is Among Us

Rip encounters a dangerous and dire predicament; a scheme is put into motion to constrain John and jeopardize his way of life, and Monica starts a problematic recuperation. 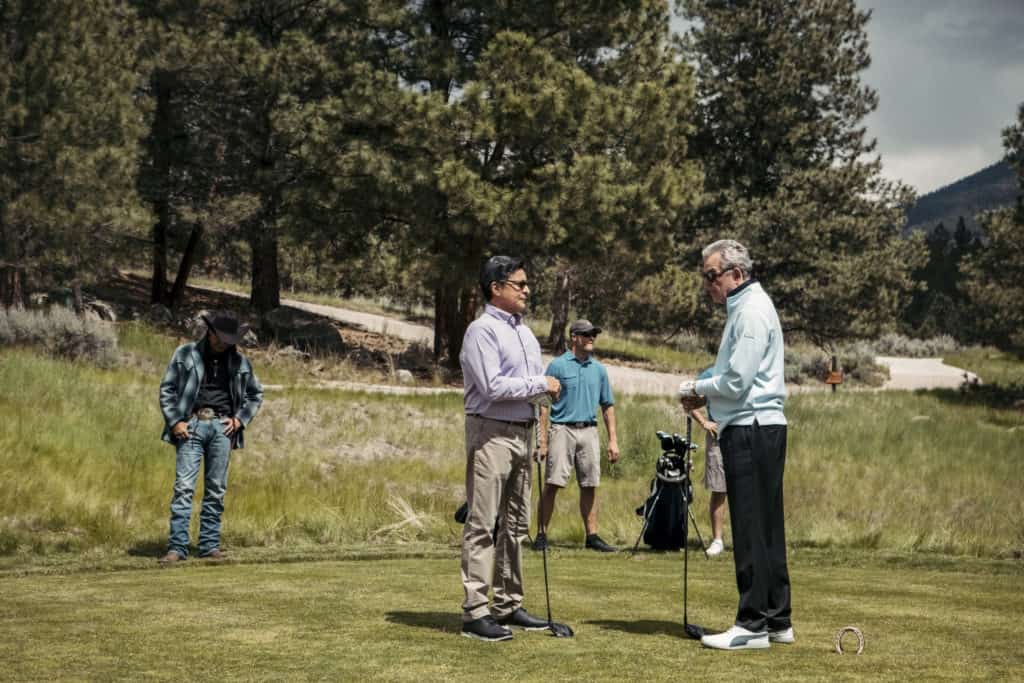 Following his incident with the visitors, Rip is the subject of a sheriff’s investigation, Jamie’s political future is in doubt, and Beth pursues Dan’s financial information.

Rip looks for information, Jamie’s political career is threatened, Beth assumes a new job, and Kayce returns to his house as John learns about his true allegiances.