What Happened in The Real Housewives of Atlanta Season 6? (Full Recap) 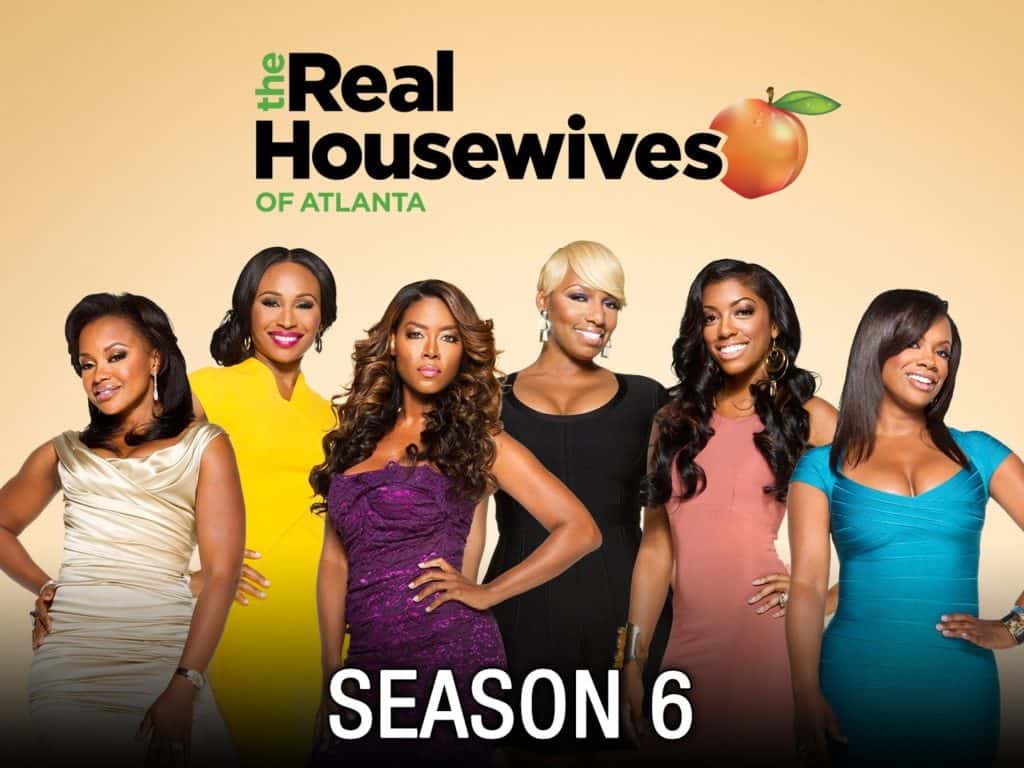 The Real Housewives of Atlanta season 6 premiered on Bravo on November 3, 2013, and concluded on May 18, 2014. The majority of the reality TV show was shot in Atlanta, Georgia, with additional footage shot in Alabama; Savannah, Georgia; Athens, Georgia; and Mexico.

The sixth installment contains 27 episodes. The season garnered positive reviews from contemporary critics, who appreciated the increasing tension among the Housewives. The program became the most-watched Bravo series and the highest-rated edition of the franchise as of February 2014.

Cast and Overview of The Real Housewives of Atlanta season 6

The women frequently clash with Kenya during the season. Kandi becomes engaged to her boyfriend, Todd Tucker, and she prepares for her upcoming musical debut, A Mother’s Love. Porsha deals with her ongoing divorce from Kordell Stewart.

Cynthia is still raising her teenage daughter, Noelle. NeNe, who spent the previous year living in Hollywood, has moved back to Atlanta. She adjusts to marital life after remarrying her ex-husband, Gregg Leakes.

Kenya is fighting an eviction notice from her landlord. Phaedra is still studying for her mortician’s license despite having given birth to her second kid. However, she frequently finds herself at odds with her husband, Apollo Nida, who renovates their home.

The physical altercations between Apollo and Kenya’s assistant Brandon Deshazer on The Real Housewives of Atlanta season 6 drew major media attention. Then, an additional feud transpired involving Porsha and Kenya. NeNe isn’t interested in befriending Kenya, while Kandi worries about organizing her wedding with Todd. Porsha is coping with her divorce from Kordell as Phaedra and Apollo argue about how to raise their newborn baby. Cynthia gets ready to relocate her modeling business to her husband’s bar. Cynthia opens up about her ongoing health issues. Mama Joyce, Kandi’s mother, displays her dislike towards Todd. NeNe criticizes Kenya for inappropriately texting Apollo, as the latter seeks to have her eviction dismissed. Porsha relocates to her mother’s home. Cynthia is getting ready for her upcoming operation. Kandi finds out that Don Juan, her business partner, has doubts about Todd. NeNe manages after the cancellation of her television series, The New Normal. Phaedra organizes a family photo shoot. Kenya moves out of her rental home, while Porsha gets used to living with her mother.

Episode 4 - "Too Late to Apollo-Gize" While recovering from her fibroid surgery, Cynthia finds that Noelle has started dating. NeNe helps Kenya find a new place to live. Phaedra tries to settle the texting issue with Apollo during a dinner date. Porsha deepens her bonds with the housewives.

Episode 5 - "Save the Drama For Mama" Mama Joyce and Todd’s argument gets worse. Lauren, Porsha’s sister, insists that she find her place to live. After Phaedra leaves for Alabama to prepare for her mortuary exam, Cynthia’s husband, Peter Thomas, helps Apollo resolve their problems. Kandi starts organizing her wedding, knowing that Mama Joyce and Todd are trying to reconcile. However, she is plagued by rumors that she is having an affair with her friend, Carmon. A family feud disrupts her wedding gown appointment.

NeNe discovers Phaedra and Kandi’s previous relationships with the help of a new friend. Kenya ponders over the possibility of motherhood. After learning about her first boyfriend, Cynthia has “the talk” with Noelle.

Meanwhile, Apollo refuses to admit his wrongdoing in the texting issue as Phaedra gets back home from Alabama. Porsha is brought to the hospital due to the increased stress caused by the divorce. Cynthia and Mama Joyce pay a surprise visit to Kandi and Phaedra, respectively, before departing on a group vacation to Savannah. Kenya starts a fight with the women before they leave. Porsha distances herself from Kordell by not using his credit card.

Episode 8 - "Ghosts of Girlfriends Past" Phaedra and Mynique’s, a friend of NeNe, argue as the housewives start their vacation in Savannah. Later that night, they discover that some housewives had previous relationships with Mynique’s husband, Chuck.

Episode 9 - "Midnight in the Garden of Tea and Shade" After a heated debate with NeNe about their opposing parenting styles, Cynthia finds herself in the midst of a breakdown. Before leaving Savannah, the ladies enjoy a home-cooked meal and a drag show together, but a fight breaks out when an unexpected visitor shows up. After several weeks of no communication, Kandi visits Mama Joyce, who reveals her health problems. Chuck invites NeNe and Phaedra to an event in Athens; despite his disagreement with Phaedra over the truth of their previous relationship. The ladies come together for a jewelry trunk show that Malorie, Cynthia’s sister, is hosting. NeNe receives shocking news during the event. Kenya and Malorie are caught in the middle of a feud. Kandi finds a location to host her musical A Mother’s Love. After their quarrel at Malorie’s trunk show, NeNe tries to fix her friendship with Porsha. The housewives are caught up in a fight during a trip to a wine vineyard. During a pajama party that NeNe organized, a physical altercation breaks out. Apollo strikes Kenya’s friend Brandon while the pajama party continues. Kandi grows enraged with partygoers Natalie and Christopher Williams as they make derogatory remarks about Todd. The situation gets worse after Cynthia and Peter step in.

The next day, the women get together for a spa outing, but Nene and Kenya have a heated argument about what happened the previous evening. Kandi and Todd learn that Mama Joyce has consistently interfered with their relationship. Kenya organizes a masquerade party for charity. Porsha attends an audition for a part in A Mother’s Love in an effort to start an acting career.

Episode 16 - "Twirling With the Enemy" Cynthia continues to arrange a surprise birthday party for Peter, but she is anxious that her friendship with NeNe may suffer due to their quarrel at the masquerade ball. In light of her new friendship with Kenya, NeNe cuts ties with her friend Marlo Hampton at a subsequent “Bailey Bowl” fitness event she organized.

Kenya takes the housewives on a trip to Mexico and confronts NeNe about her actions at the masquerade ball. As Porsha gets ready for her confirmed part in A Mother’s Love, NeNe offers acting advice to her. Phaedra and NeNe decide to go on their planned family vacation despite their reluctance. Kenya and Marlo become good friends. In Mexico, Peter badgers Porsha for information about her marriage. Kenya unexpectedly meets Apollo at a guys’ night out in Mexico, hoping to mend their fractured friendship. Apollo and Kenya’s talk infuriates Phaedra, who is upset about it. As Kenya hosts a “re-do” Pillow Talk gathering, a fight between Peter and Gregg almost breaks out, and the housewives begin to argue. NeNe and Peter became embroiled in yet another argument after hearing about the men’s altercation. The group heads back to Atlanta. Kandi has second thoughts about putting Porsha in A Mother’s Love. Gregg, NeNe, Peter, and Cynthia discuss their incident in Mexico. Kenya and Marlo talk about the happenings on the trip. Mama Joyce and Todd discuss their rocky relationship during A Mother’s Love rehearsals. Kenya recovers after losing her dog Velvet, and Porsha records a song. A Mother’s Love’s initial ticket sales are lower than expected. After a recent trip, NeNe begins to feel medical pains. As Phaedra is ready for her last round of mortuary tests, Apollo shares his worry about their relationship. Andy Cohen and the housewives address the current controversies regarding Kenya, focusing on her rivalry with Porsha. Andy and the housewives discuss how Porsha and Kenya’s argument turned out. Mama Joyce expresses her thoughts about Kandi and Todd’s relationship. Cynthia and NeNe talk about their troubled friendship. The housewives’ husbands are brought up in the conversation, while Kenya and NeNe continue to argue. The husbands gathered to discuss key plot lines from the season.