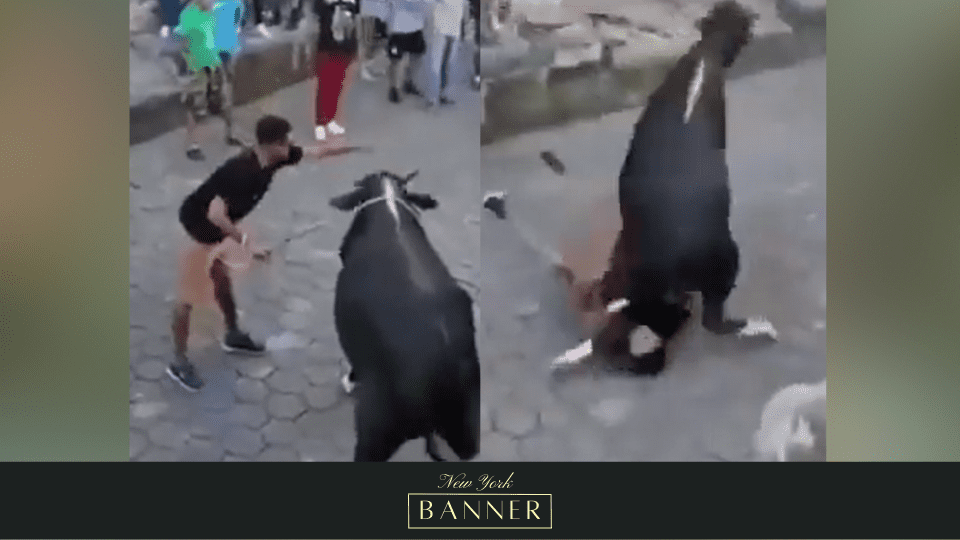 The well-known British comedian Ricky Gervais shared a video of a guy getting ruthlessly smashed by a bull on a crowded street.

One of the most terrifying things that may happen to a person is undoubtedly being charged by a bull. That’s unfortunate that this man had to go through it, and it doesn’t seem very good.

The now-viral video shows a guy extending his arm near a bull’s horn. The bull didn’t appear too happy about it; moments later, it went wild and leaped, knocking the man to the ground.

The public begins to scream in terror as the bull leaps up and uses its horns to assault the man in the face. 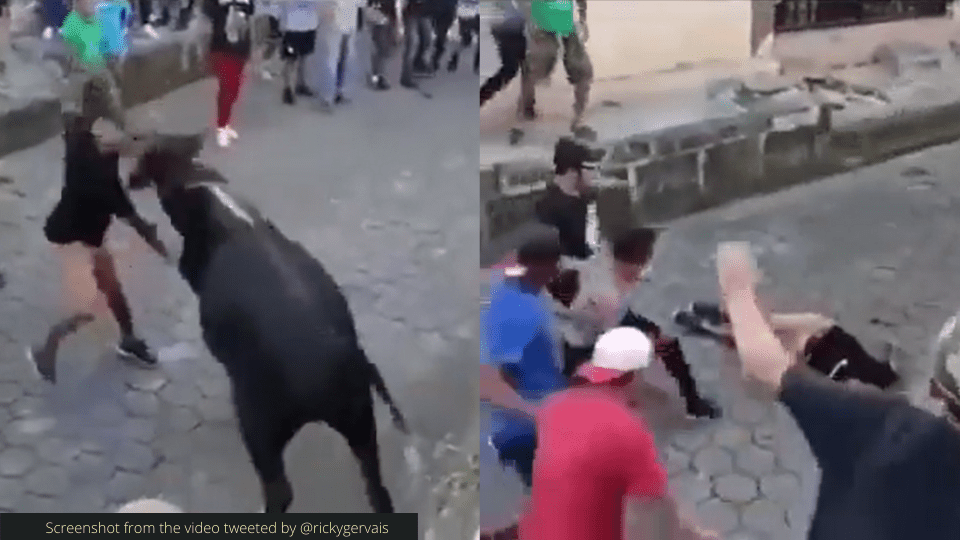 On the other hand, users seem not to find any sympathy towards the man but rather expressed that people must stop abusing animals for the sake of entertainment.

One user expressed his thoughts, saying: “I love animals. I think there are several species far superior to humans, but I also respect Bullfighting.

They honor the animal and respect it. This is not Bullfighting, though.”

Another user wrote, “It’s very sad to see bulls still being abused for human ‘entertainment,’ and it’s great when they fight back against this.”

“Not often you actually get to see “You mess with the bull, you get the horns,” a user wrote.

Another user wrote a reply, asking: “Am I seeing things, or did they obscure his face after the first hit?” to which got a funny response, “I don’t think so, bulls aren’t very good on computers.”

Natural selection at its finest 😎

Natural selection at its finest 😎 https://t.co/Eo450CSEgD

This is what happens when someone has had enough harassment for one day. And by someone= I mean the Bull.

This is what happens when someone has had enough harassment for one day. And by someone= I mean the Bull. https://t.co/g4MNlZbnbU

You reap what you sow in life.

You reap what you sow in life. https://t.co/RHXw9NNbn7

Terrifying Video Shows Aggressive Raccoon Attacking A Schoolgirl, What Her Mom Did Amaze The Internet