Edward James Olmos is an actor, director, producer, and activist. Edward is best known for his performances as Detective Gaff in Blade Runner and its sequel Blade Runner 2049, Detective Martin “Marty” Castillo in Miami Vice, William Adama in the reimagined Battlestar Galactica, teacher Jaime Escalante in Stand and Deliver, and actor and director of American Me.  (1) 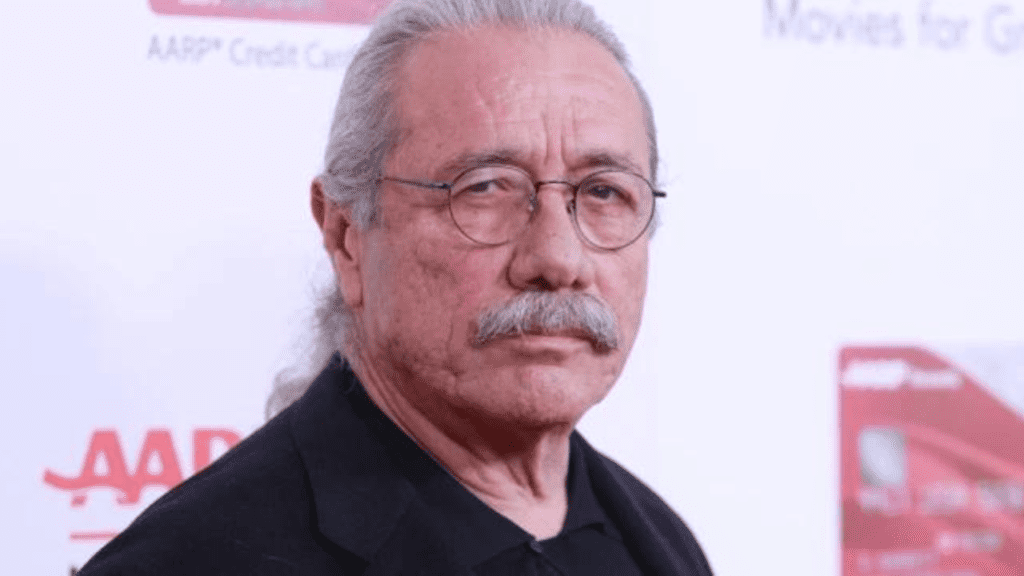 The son of Eleanor and Pedro Olmos, a mail carrier and welder, Olmos was born and raised in East Los Angeles, California. His mother was Mexican-American, and his father immigrated from Mexico to California in 1945. When Edward was seven years old, his parents divorced, and while his parents were at work, he was primarily raised by his great-grandparents. He joined the Los Angeles Dodgers farm system at age 13 and started playing catcher. He grew up wanting to be a professional baseball player. At age 15, he quit playing baseball to join a rock and roll band, which strained his relationship with his father, who was upset by choice. (3)

In 1964, he received his high school diploma from Montebello. He lost the election for Student Body President at Montebello High School to Art Torres, who would become chair of the California Democratic Party. The Pacific Ocean, which he named because it was going to be “the biggest thing on the West Coast,” was the band he was the lead singer for when he was a teenager. The Pacific Ocean played at various clubs in and around Los Angeles for several years before releasing their sole album, Purgatory, in 1968. He also attended classes at East Los Angeles College, where he took acting classes.

He wed Kaija Keel, the actor Howard Keel’s daughter, in 1971. Bodie and Mico were their two children before they got divorced in 1992. Michael, Brandon, Tamiko, and Daniela are Olmos’ four adopted kids. In 1994, he wed the actress Lorraine Bracco. After five years apart, she filed for divorce in January 2002. Lymari Nadal, an actress, and Olmos were partners for a while. 2002 saw their marriage, and 2013 saw their divorce. 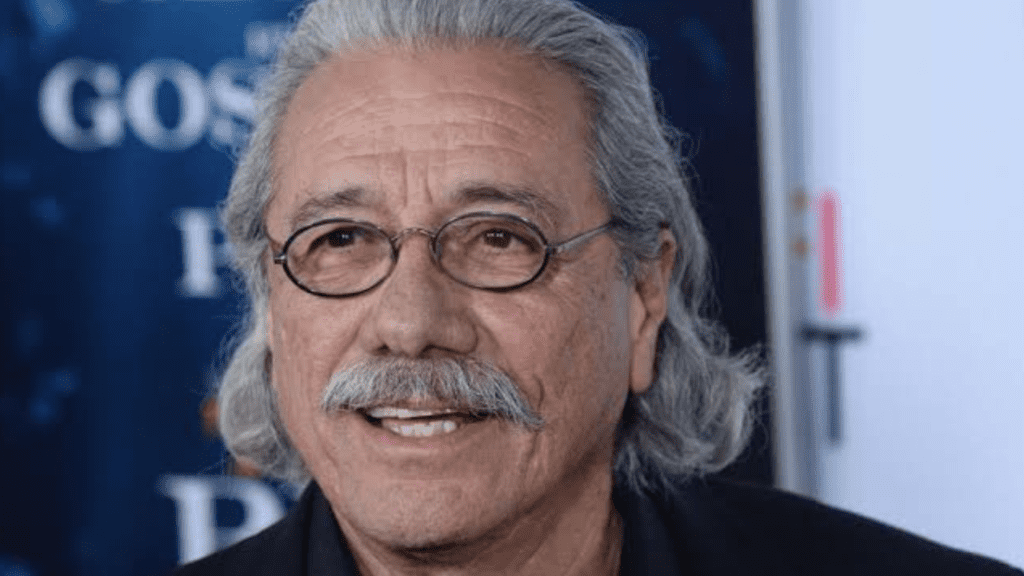 Edward transitioned from music to acting in the late 1960s and early 1970s, participating in several small productions before landing the lead role of “El Pachuco” in the play Zoot Suit, which dramatized the rioting that occurred in California during World War II as a result of tensions between Mexican-Americans and the local police. Olmos received a Tony Award nomination after the play was transferred to Broadway. He later played a part in the 1981 movie adaptation and starred in numerous other movies, such as Wolfen, Blade Runner, and The Ballad of Gregorio Cortez. Olmos was chosen to play the lead role in Kinji Fukasaku’s post-apocalyptic science fiction movie Virus, which was based on the Sakyo Komatsu novel of the same name. Later in the movie, he had to perform a piano duet with a Spanish ballad as part of his role. The virus was notable for being the most expensive Japanese movie ever made at the time, despite not being a box office hit.

Alongside Don Johnson and Philip Michael Thomas, he played the reserved police lieutenant Martin Castillo in Miami Vice’s television series from 1984 to 1989. For this role, Edward received a Golden Globe and an Emmy in 1985. Was it Worth It? was a brief training video for the United States Postal Service that Olmos appeared in at the same time, a video about workplace theft. When Star Trek: The Next Generation was in pre-production in 1986, he was approached about playing the USS Enterprise captain, but he declined. In Stand and Deliver, Olmos made history as the first Hispanic American-born actor to be nominated for an Academy Award for Best Actor for his portrayal of Jaime Escalante, a real-life math teacher. In 1992, he starred in My Family/Mi Familia, a film about a multigenerational Chicano family, and directed and starred in American Me.

He made a fleeting appearance with actor Miguel Ferrer in the American rock band Toto’s video for “I Will Remember.” He appeared in the movie Selena with Jennifer Lopez in 1997. In the Time of the Butterflies, a film from 2001, Olmos portrayed Rafael Leónidas Trujillo, a dictator of the Dominican Republic. Additionally, he played the U.S. Roberto Mendoza, a Supreme Court justice, who appears in the NBC drama The West Wing. In the PBS drama American Family: Journey of Dreams, which aired from 2002 to 2004, he played the recently widowed father of a Hispanic family from Los Angeles. 2010 Guadalajara International Film Festival: Olmos. He played Commander William Adama in the Sci-Fi Channel’s reimagined Battlestar Galactica miniseries from 2003 to 2009. (4)