One mom uses her natural childbirth experience from her firstborn to help turn things around for baby number two’s arrival. Literally. 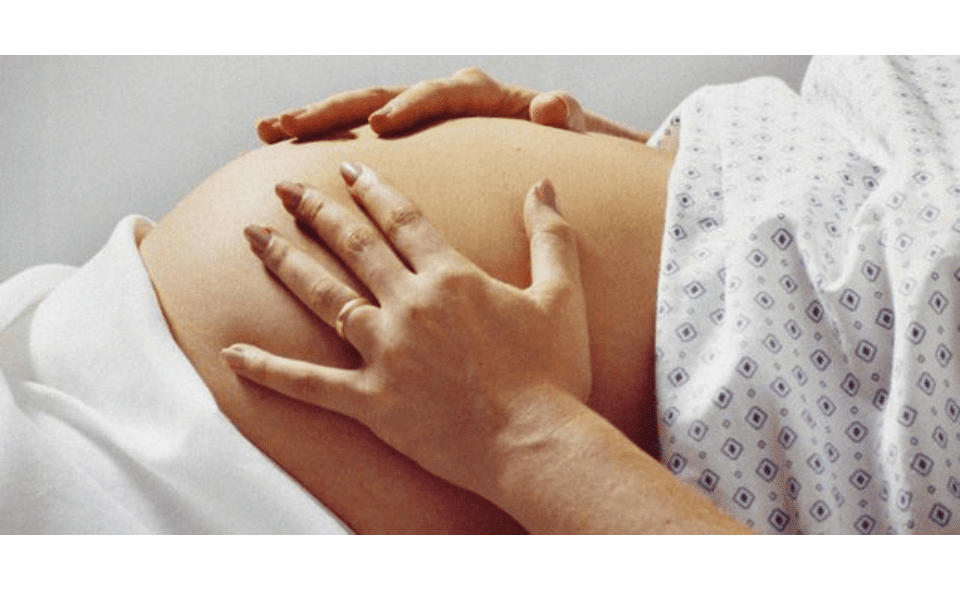 I wasn’t trying to be a martyr or a saint when I refused an epidural during childbirth with my first son. I am not against necessary drugs given to women while birthing, nor do I look down upon those women who do get an epidural.

Quite simply, I have a weak stomach and absolutely hate doctors, nurses, hospitals, and anything pertaining to the medical field. I chose natural childbirth so I wouldn’t have to deal with any additional medical intervention. I didn’t want a shot in my back or any of the possible complications or side effects that come with an epidural. Females’ bodies are designed to bear children, so I knew I could get through it. And I learned during natural childbirth that I do have an extremely high threshold for pain (when I need to!).

With my first-born son, I stupidly failed to see all the signs that I was in labor, including the bloody show, nausea, vomiting, and period-like cramps. I was hesitant to go to the hospital because I didn’t want it to be a false alarm and be sent home. But when triage examined me, we learned I was already 9.5 CMS dilated and that my son would probably be born in the next few hours.

Still, an epidural would have been possible–it’s a myth that you cannot get an epidural when you are this far along. But I was set on delivering naturally.

I really wanted my mom to be in the delivery room, along with my husband, and because everything progressed so quickly, we were afraid she was going to miss it. I can’t emphasize what a relief it was when she walked into the delivery room. I had to push for over two hours straight, and each time I did, my son’s heart rate dropped so they almost needed to perform an emergency C-section. Thankfully he came out without such intervention, and I delivered him naturally.

I can’t stress enough how much I really did NOT want a C-section. And this rang especially true when it came time for me to have my second baby recently. With a toddler at home in addition to a newborn, I did not want any additional recovery time.

This was a much more complicated pregnancy, and she was still in breech position at 35.5 weeks. I was terrified that a C-section would be in my future. Using Eastern medicine, I was able to remedy that situation. But not before getting a good laugh from my doctor.

After researching a list of ways to turn a breech baby online, I brought it to my doctor’s office. He laughed and asked that I take a picture, or better yet videotape it if I tried to heat or music at the pubic bone. Yet, there was one technique that he wasn’t opposed to (nor laughed at). He said he had heard of some cases where moxibustion–a Traditional Chinese Medicine technique that involves the burning of mugwort, a small, spongy herb, to facilitate healing and health–had worked, and there were no adverse effects that could result from it. The worst that can happen is I burn my toe.

Moxibustion has been used for healing purposes throughout Asia for thousands of years. The purpose of moxibustion, as with most forms of Traditional Chinese Medicine, is to strengthen the blood, stimulate the flow of Qi (energy), and enhance your overall vitality and health.

Among other benefits, a landmark study published in the Journal of the American Medical Association in 1998 found that 75.4% of women suffering from breech presentations before childbirth had fetuses that rotated to the normal position after receiving moxibustion at an acupuncture point on the bladder meridian.

I reached out to several acupuncturists I found online who performed moxibustion. I made an appointment with Dr. Ming who I felt reassured about because she had been a medical doctor and acupuncturist since 1982, practicing both Chinese and Western medicine. She is also a member of the faculty at the NYU School of Medicine.

Truthfully, I was nervous and had no idea what to expect. I was also very doubtful that this would work. But I figured it was worth a try and was a lot less scary than the external cephalic version (ECV) procedure I had scheduled for next week if Greenlee hadn’t moved into the head-down position by then. ECV would be performed by my OB/GYN in the labor unit of the hospital where he would try to manipulate/turn the baby from the outside. There’s a 60% success rate and it can result in an emergency C-section.

After filling out a form and talking to Dr. Ming, she took my pulse and asked me to stick out my tongue. Then I lay down on the table and she got to work. And guess what? At my 36-week sonogram, Greenlee was NO longer breech! I was seriously in shock that it worked. “The best $150 I ever spent!” said my husband. “What else can she cure?”

When cramps developed the evening I was 37 weeks pregnant, my husband and I knew not to play around–second babies generally come faster, and I was only in labor with Ian (my first) for a total of fewer than 8 hours. But once again, I prayed it was not a false alarm as we traveled by taxi at 3 am to Columbia Presbyterian Hospital from midtown Manhattan.

The doctor on-call in delivery was really pushing me to get the epidural. My husband firmly responded, “You can break her water to speed things along, but she does not want an epidural.” He knew how proud of myself I was for having a natural delivery the first time and I believe Ian was much more alert as a result of it.

When the pain became so unbearable, I pushed the call button. The doctor came in and asked if I wanted him to check on my progress (I had been at about 7 CMS). He matter-of-factly told me I was crowning and it was time to push and deliver my baby girl.

After only three pushes, my darling princess entered the world measuring the same length that her brother did when I delivered him a week and a half later in my first pregnancy, and was only a few ounces smaller than him.

I was able to have natural childbirths, and I believe anyone who wants to should try it. Don’t let anyone, particularly the doctors, dissuade you or talk you out of it.

Find out more about Lainie here.

PrevPrevious7 Postpartum Workout Moves You Can Do With Baby
NextClean Up and Green Up: Baby’s SpaceNext