Adidja Azim Palmer, or famously known as Vybz Kartel, is a well-known dancehall reggae musician who was born in Jamaica and is best recognized for his release of several hugely popular reggae tracks. 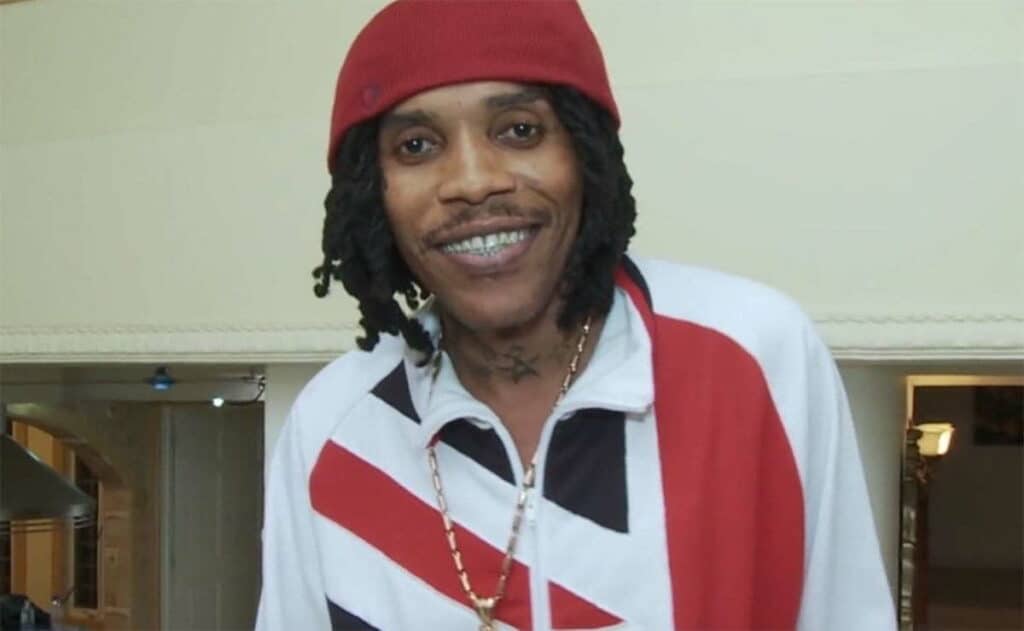 In addition to his previous careers as a composer, record producer, and businessman, he is also known for being a convicted murderer. He is currently serving a life sentence in jail for the killing of Clive “Lizard” Williams.

Before his life sentence for the alleged killing of Clive “Lizard” Williams, Vybz faced different criminal charges, one concerning a different murder case, the other being illegal possession of firearms and marijuana possession and conspiracy.

Vybz Kartel was first arrested for marijuana possession, followed by the murder of Barrington Burton, conspiracy, and illegal possession of a firearm. 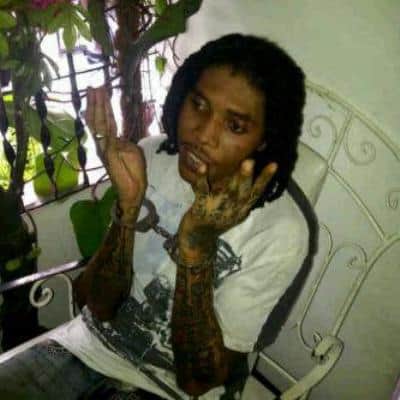 The CVM Jamaica broadcast channel’s “Teacha’s Pet,” hosted by Vybz Kartel, was the first reality TV show in Jamaica to use a dancehall singer as the host. The idea of the television program was 20 women living in a Kingston home competing for the artist’s attention; the program’s engaging material led to criticism of its sponsor, the telecoms corporation LIME. However, the program was suspended when the authorities took the artist into custody.

Officers from the Jamaica Constabulary Force’s Flying Squad arrested Vybz as he was filming for his reality dating program in Kingston. He was later charged with possessing a trace amount of marijuana. The musician was handcuffed and led by police to multiple locations he frequently visits after being escorted from the anonymous hotel, where a Caribbean Search Center team was inspecting.

He resides in the Norbrook suburb of Kingston, so the group first went there, and then they went to a residence on Swallowfield Avenue in the Havendale area of Kingston. The group then drove to Portmore, where they went to a house allegedly owned by his mother, where a comparable number of goods were seized.

Before that, Vybz was apprehended, according to Billboard, in connection with a partially burned, rotting body found inside his Swallowfield Avenue, St. Andrew home. Despite prior detentions, this is his first time facing criminal charges.

Vybz was first detained for marijuana possession; yet, the Major Investigation Taskforce of Jamaica later charged him with murdering Jamaican businessman Barrington Burton, conspiracy, and illegally possessing a firearm on October 3, 2011. The MIT detectives leveled the charges against the artist after interviewing him in front of his attorneys.

Police assert at that time that on July 11, 2011, Vybz and other men conspired to murder Barrington “Bossie” Burton, a 27-year-old entrepreneur and music producer who lived in the Portmore suburb of Kingston.

Vybz was given bail for the murder of Burton of JMD 3,000,000 on March 23, 2012; however, he and the other three men were still being held for the murder of Clive “Lizard” Williams of Waterford, St. Catherine.

Vybz Kartel was found guilty of the murder of Clive 'Lizard' Williams. 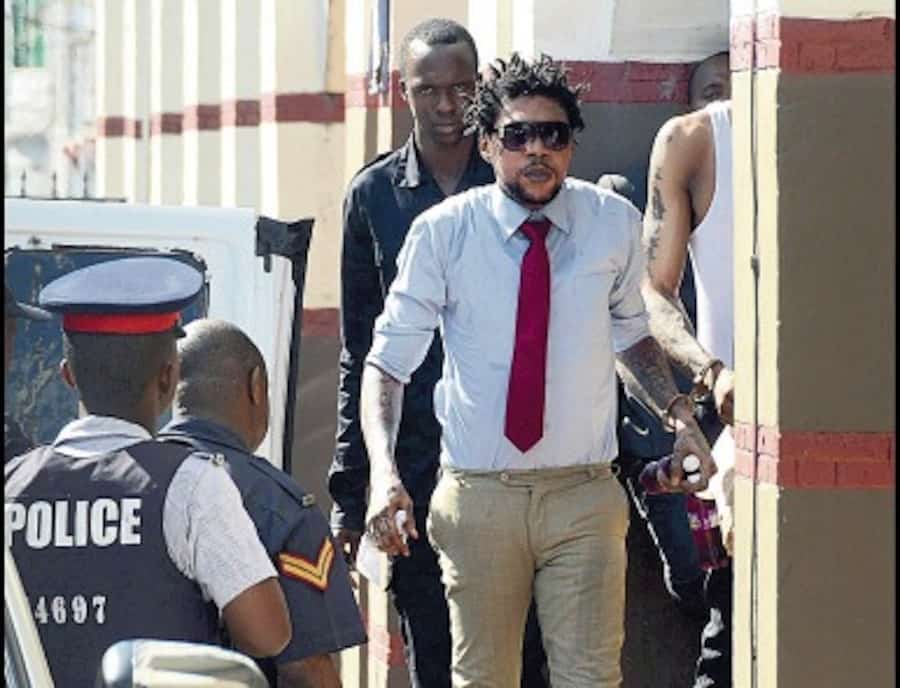 Vybz Kartel and three other men went on trial for the murder of Clive Williams, and it started on November 18, 2013. The trial lasted 65 days, making it the longest legal proceeding in the island’s legal history.

As reported by BBC, one of the most critical pieces of evidence was a text message that was allegedly sent from the artist’s phone and claimed that Clive “Lizard” Williams’ body had been dismembered into so many pieces that it would never be found.

The court sentenced Vybz to life in prison on April 3, 2014. Justice Lennox Campbell stated that he would be eligible for parole after serving 35 years. He handed down the sentences following fervent pleas for mercy from the men’s attorneys.

Attempts, he claimed, had been made to destroy the body and hide the case’s supporting documentation. The judge stated that the jury comprehended the distinct roles that each of the four people convicted of the murder played.

Vybz Kartel and three other men filed an appeal. 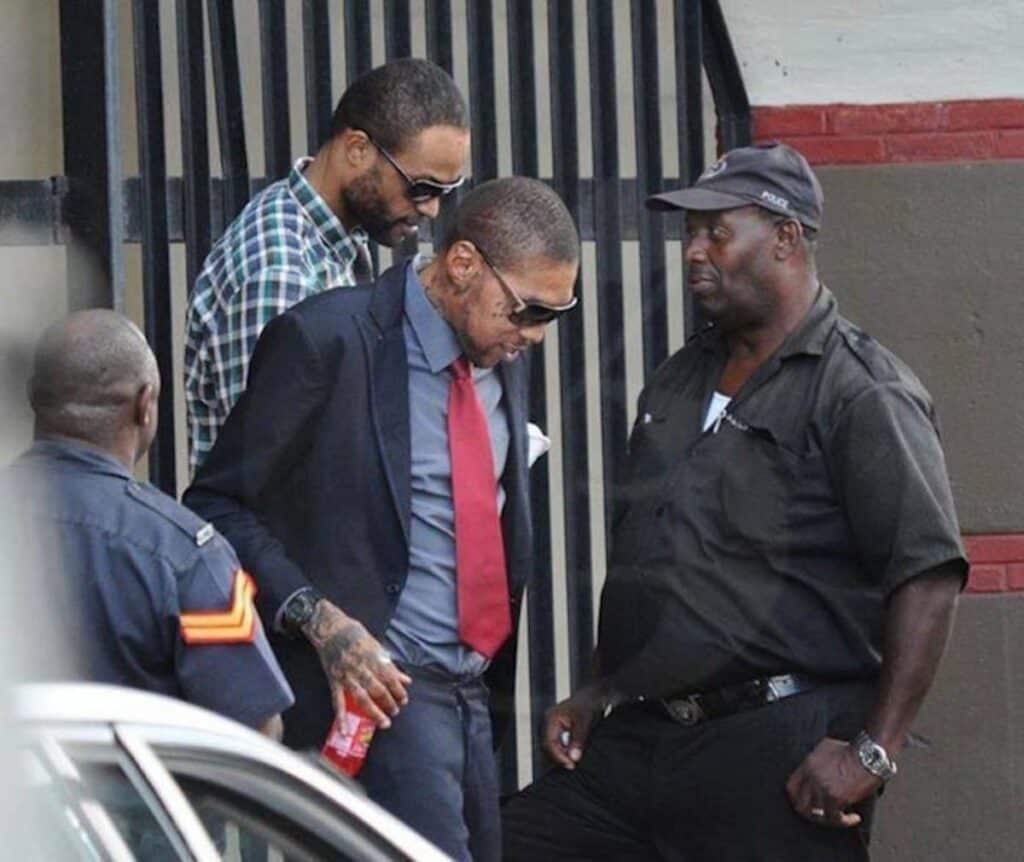 After being convicted of murdering Clive “Lizard” Williams, Vybz Kartel and three other men quickly filed an appeal in 2014, adamantly claiming their innocence. The formal appeals procedure started in 2017; however, a three-judge panel at the Jamaican Court of Appeal denied their appeal case.

The defense team for Vybz claimed that his trial was unfair and that the punishment was unreasonable. They note inconsistencies with the GPS information taken from his cell phone and claim that the DJ was not present at the crime scene on the day the murder occurred.

Judges Frank Wiliams, Dennis Morrison, and Patrick Brooks of the Appeal Court upheld the 2014 murder convictions of Vybz and his co-accused, according to Dancehall Mag on April 3. They did, though, give the defense seven days to submit its case before they decided whether to recommend that the penalty for the men who were found guilty be reduced.

In view of the current COVID-19 outbreak, the decision was made over a conference call with the attorneys and government prosecutors participating in the appeal.

After the verdict, Vybz’s lawyer plans to appeal the decision to the UK Privy Council judicial committee in London, which continues to serve as Jamaica’s final court of appeal. The need for additional documentation by the judges, in his attorney’s opinion, suggests that they will likely reduce his client’s sentence. Dancehall Mag recently reported that Vybz Kartel isn’t getting or, in any way, treated special in prison. Zavia Mayne, a junior minister of national security, added that Vybz is a person who has been found guilty by a court of law. Therefore, he shouldn’t receive special treatment.

“He has, at the first instance in the Supreme Court, [been] tried and found guilty. He has appealed, and the Court of Appeal has affirmed the ruling of the court below,” he added. “There is absolutely no reason to treat him specially.”

During an authorized visitation to the prison in the summer of 2022, Vybz was also newly engaged to his Turkish social worker girlfriend, Sidem Öztürk. When questioned if the government knew Vybz’s engagement, Mayne replied that he was “not in a position to confirm.”

Mayne was aware of reports of illegal recordings, though, and of the Holness administration’s ongoing worry over contraband in the prison system.

Speaking of contraband, DCS officials had threatened to take action against Vybz after discovering “contraband” in his cell in March 2020, following the release of his “To Tanesha” album. Authorities were motivated to search the cell after learning that he was taking part in a live Instagram stream with the music producer Rvssian.

In July 2022, Joyce Stone, a deputy commissioner of corrections, asserted that the singer was not engaged in any rehabilitation program. She also claimed that the Dancehall musician had not received official approval for any new songs they had produced.

On September 27, 2022, Vybz was transported to GP, also known as the Tower Street Adult Correctional Centre, while heavy rain was pouring outside. Isat Buchanan, the singer’s lawyer, had publicly denounced the action, saying that it risked his life given his health issues.