Who Are The Eight Cast Members Of Netflix’s “Dubai Bling?” “Dubai Bling,” the newest Netflix original series, will make its debut this coming October 27. “Dubai Bling” is a new Arab reality TV program where ten Arab millionaires will have their daily lives followed. 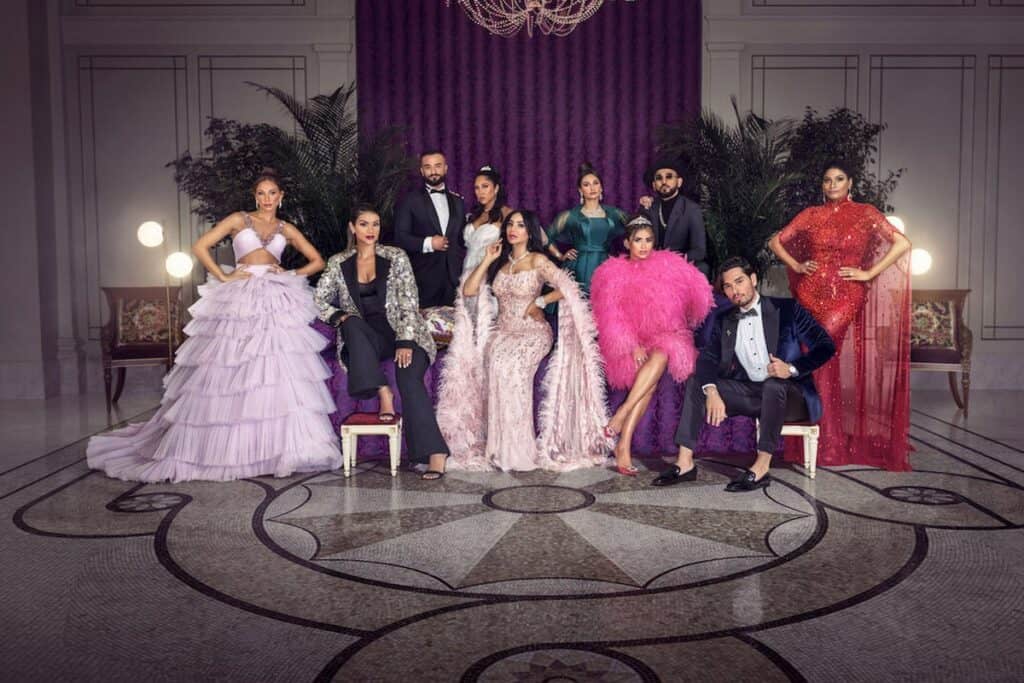 The new show “Dubai Bling” is sure to be popular with fans of reality television, and it will be intriguing to see how the Arab world responds to it as well as learn more about Dubai’s wealthy elite.

Of course, the program will have an Arab twist while being similar to well-known reality TV programs in the West like “Keeping Up with the Kardashians” and “The Real Housewives” franchise.

According to the reality show’s synopsis, the cast will be made up of personalities from various backgrounds, nations, and professions, but they will all have one thing in common: “getting to the top and staying on top.”

“Set against the backdrop of luxury cars, runway-fresh fashion, exotic resorts, and exclusive access to the city’s most popular restaurants and late-night hotspots, we follow the cast in their daily lives. It’s not long before the competition between friends heats up and secrets are revealed, causing problems, sassy clapbacks, and a whole lot of drama.”

Farhana Bodi is a blogger, influencer, and Dubai-based socialite who is one of the prominent cast members in the new Netflix reality series “Dubai Bling.” Farhana is the founder of the “I Woman of the World” lifestyle blog.

She was born in India and raised in South Africa, where she attended a makeup school at the age of 17. In addition to having a large social media following—more than 1 million on Instagram—she started her modeling career in 2010.

Additionally, she is a married woman whose spouse goes by the name of Hero. The interesting Farhana Bodi leads a genuinely remarkable life. She should be on your radar if you’re searching for someone to watch on “Dubai Bling.”

Kris Fade is an Australian-Lebanese radio presenter, TV Host, MC, brand ambassador, musician, entrepreneur, and reality star who will soon be featured in the upcoming Arab reality show on Netflix, “Dubai Bling.” Kris is married to her girlfriend Brianna, and he is the father of two kids.

With the exception of these endeavors, he has expertise in the entertainment sector as the host of his own breakfast radio program, “The Kris Fade Show,” which is broadcast in both Dubai and Australia.

Additionally, he owns a company called “Fade Fit,” which was founded in 2018 and provides healthier options for vitamins and snacks for the whole family. It later became the highest-grossing snack brand in the region.

Marwan Al-Awadhi or famously known as DJ Bliss, is a well-known DJ and producer who also works in Dubai as an emcee, TV presenter, and radio host. Wiz Khalifa, Kanye West, and Akon are just a few of the major names he has collaborated with in the music industry. His energetic performances and distinctive approach to music blending have earned him a following.

Born and raised in Dubai, Bliss is currently married to her wife, Danya Mohammed, also known as Diva Dee. The producer is regarded as one of the best DJs in the Emirates. He has won other honors, including “Best Local DJ” in the World’s Top DJs category in 2011. Additionally, he has performed on overseas tours in places including Mauritius, Paris, Barcelona, Hong Kong, and Malaysia.

Ebraheem Al Samadi is a businessman who started his career in the field at the young age of 14. Ebraheem is the owner of the famous “Forever Rose” and “Forever Rose Cafe,” making him a Kuwaiti millionaire.

From his mother’s condo in Florida, he launched his first business by selling stuff from thrift stores on eBay, which he ran until he earned one of eBay’s coveted 1000 Power Sellers titles.

Zeina Khoury, who acquired High Mark Real Estate Brokers in 2009 after the business endured a financial crisis and built it into an empire, is its seasoned chief executive officer and chief growth officer. The show characterizes Zeina as fearless, gorgeous, and driven by greatness.

She is also a leading expert in luxury property sales and management in the UAE. According to her LinkedIn page, she has a proven track record of working in the real estate sector and is very proficient in negotiating, corporate strategy, commerce, marketing, customer service, and feasibility studies.

Lojain Omran is a humanitarian, social media star, and television host from Saudi Arabia. Lojain hosts a program on a Bahraini channel and is actually one of the most well-known and sought-after influencers in today’s time, becoming an inspiration to many. She has more than 10 million followers on Instagram and an extensive fan base on Tiktok and Snapchat.

She has also appeared in a plethora of shows since 2004, and although her debut episode on Bahrain TV, “The Situation With Lojain,” gave her a strong foothold, it was her appearance on “Good Morning Arabs!” that signified a defining moment in her career.

Safa Siddiqui, an influencer who now resides in Dubai, is of Iraqi and British ancestry. Sara was born and reared in London and is of Iraqi origin. She has a current collaboration with Shein and is also a fashion designer.

Like the other women on this list, she is also a married woman, and her wealthy and entrepreneurial husband is named Fahad. Not to mention, the budding reality star has a handbag obsession and a collection of Hermès bags.

Loujain Adada is a Lebanese socialite and model who was born and raised in California. In addition to being a mother of two, Loujain is described by Netflix as “bold and brazen.” She wedded the late Walid Al-Juffali, a Saudi billionaire tycoon, in 2012 and has more than 107k Instagram followers.