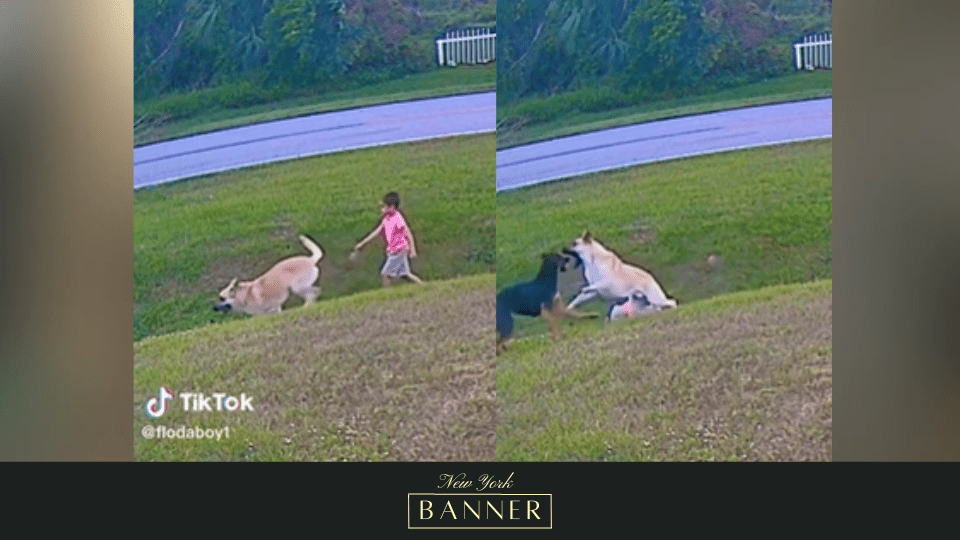 A breathtaking video has circulated online showing a dog shielding its owners' 6-year-old son from an attack by a neighbor's dog that was charging right at him.

In the first few seconds of the clip, the German Shepherd named Tank is seen playing with a young child in front of their Florida home. Both the dog and child were playing peacefully.

However, a dark dog suddenly horrifyingly dashes fast toward them from the upper right corner of the screen, and Tank immediately goes into defense mode.

Tank gets the boy out of danger as the potential attacker draws closer and fights the other dog.

The Hero German Sheperd lashes out at the vicious dog and chases him until he is far enough away to be safe, even turning around to ensure the young boy he protects is okay.

However, Tank wasn’t the only hero in the picture, as the pit bull, which also belonged to the household, ran out to help eliminate the danger. A little later, the boy’s mother dashes outside to fetch her son.

Tank, the dog, has joined the mother and the boy in defending themselves. And while its owner is finally controlling the attacker dog. 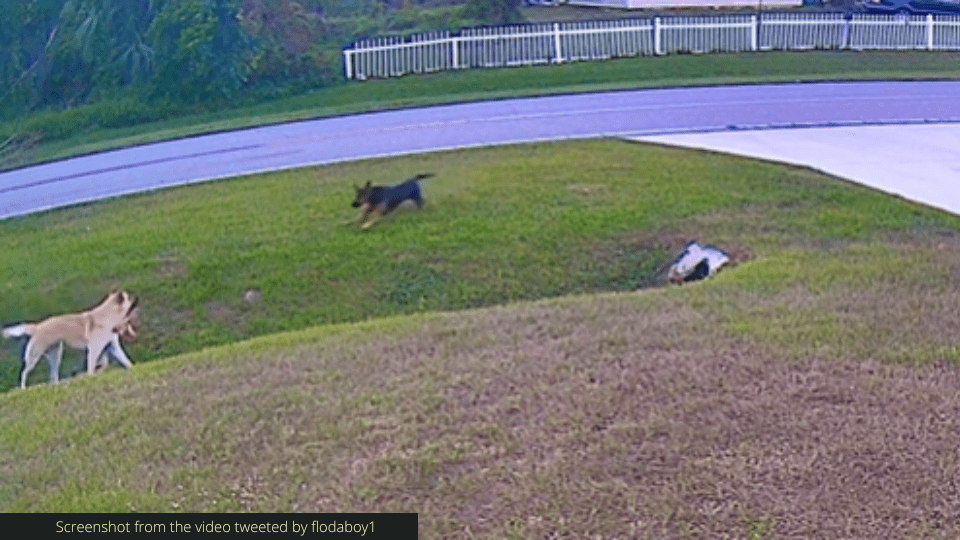 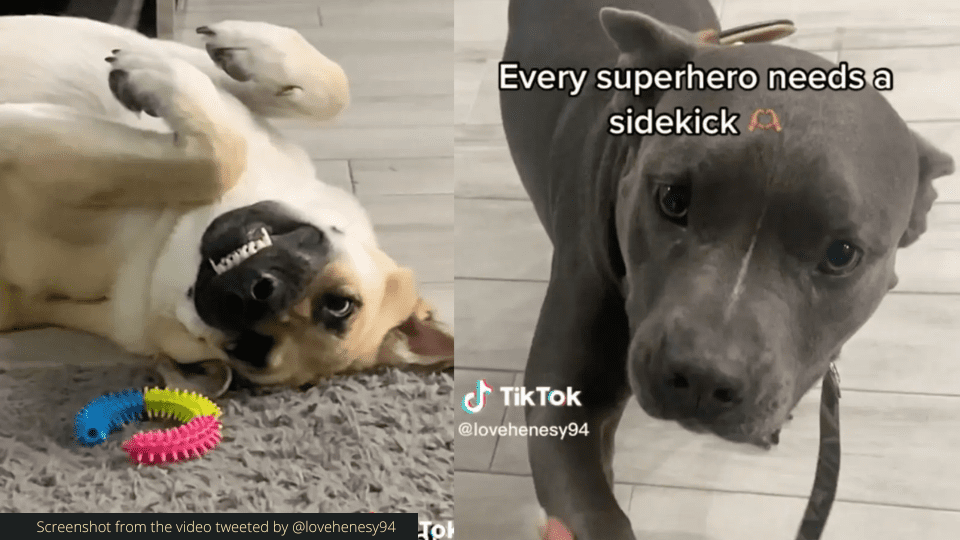 The video has now garnered more than 21 million views and 4 million likes on TikTok. Many users were fascinated by how the German Shepherd and the pitbull were able to keep the boy from harm.

Others say that the boy’s parents should be more cautious from then on.

Looks like there was a second family dog that was all "you're on your own, kid." 😉 (Glad he's all right)

Looks like there was a second family dog that was all "you're on your own, kid." 😉 (Glad he's all right)

Don't mess with a dog's child!

Don't mess with a dog's child!