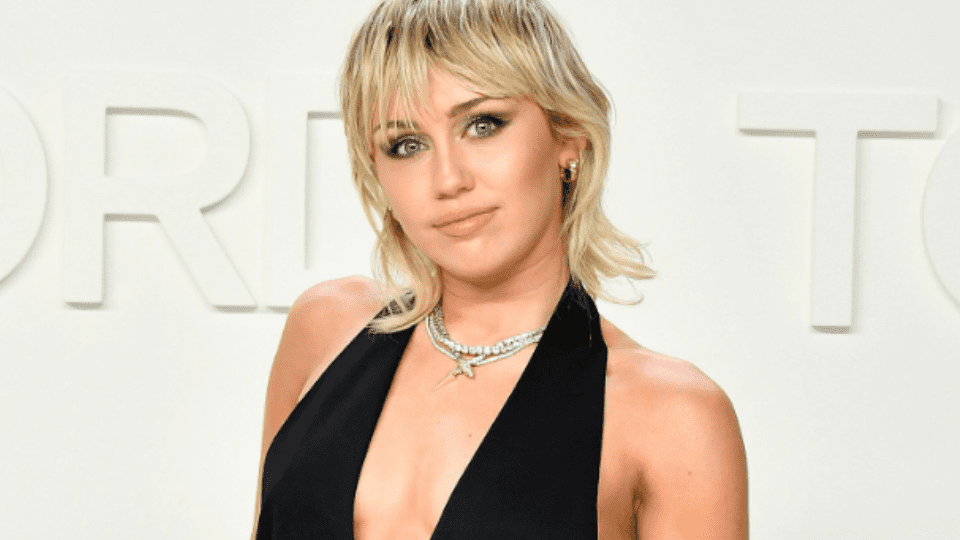 An American actress, singer, and songwriter Miley Cyrus is one of this generation’s most popular female artists. Her music, which combines pop, country pop, and hip-hop, has made her a big international sensation. Miley has sold several albums and singles and has performed on stages across the globe.

Miley Cyrus is a performer that has the most consistent, versatile, and rare voice, which made her one of the most famous artists in today’s generation.

The 30-year-old celebrity has also acted in multiple television shows and films and recorded seven studio albums which made her loved by billions of fans worldwide. As of November 2022, Cyrus has amassed a staggering $160 million fortune throughout her career.

You may also be interested in: Billie Eilish’s net worth

November 23, 1992, saw the birth of Destiny Hope Cyrus in Tennessee. Cyrus is the daughter of Billy Ray Cyrus and Letitia Jean Tish. She had a close bond with her grandfather on her father’s side. She grew up in Franklin, Tennessee, but when she was eight, their family relocated to Toronto, Canada. 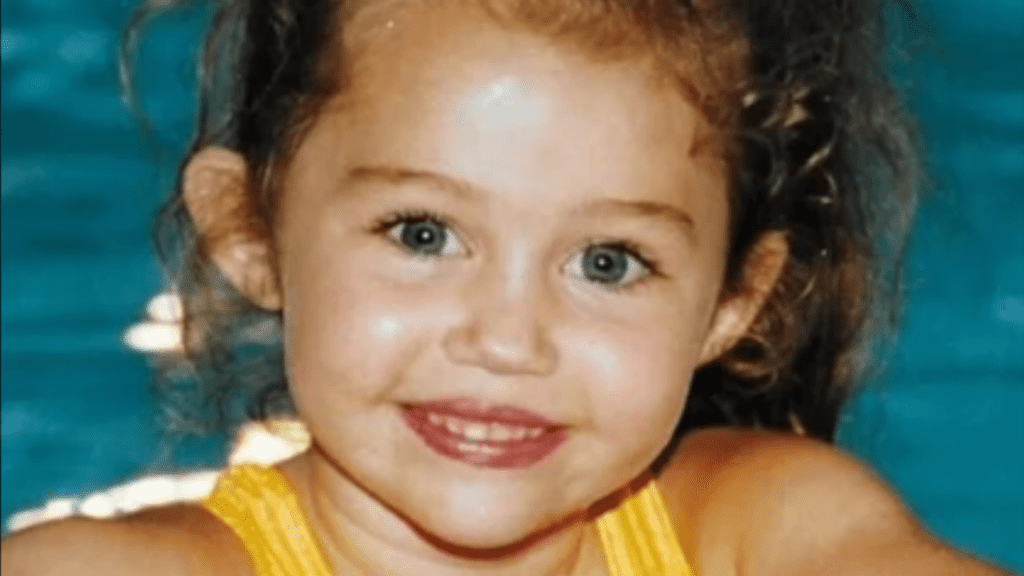 Her childhood smile earned her the moniker “smiley.” Later, she adopted the name Miley as her official one, replacing the nickname. Due to her father’s two marriages, Miley Cyrus has a large family. Her siblings are all contented and talented performers. 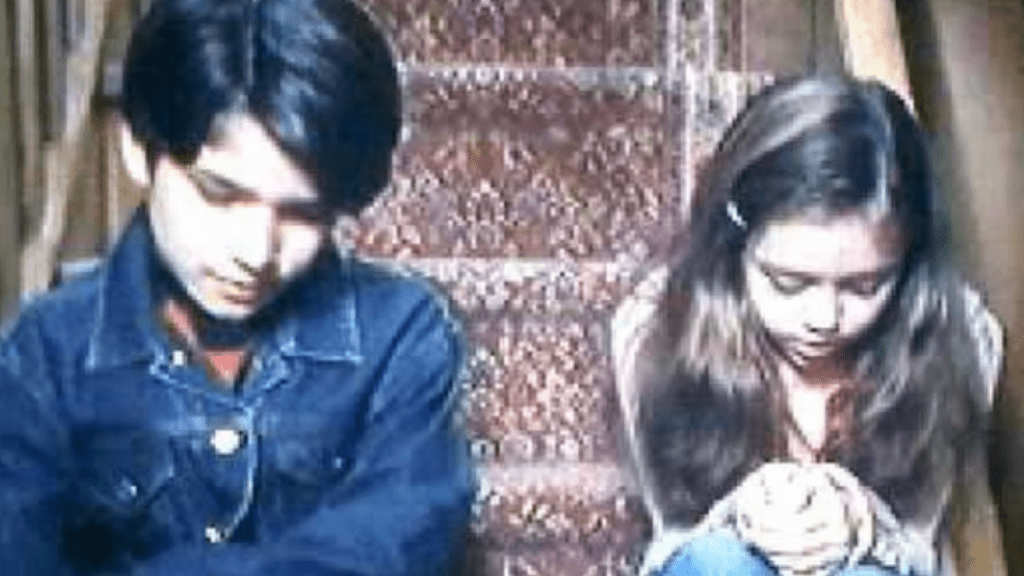 Tyler Posey and Miley Cyrus met on the set of her father’s program, Doc, in 2000, and they soon began dating. Posey claimed the couple started dating when she was seven, and he was 9. He also admitted that his first kiss was with the “Malibu” singer. 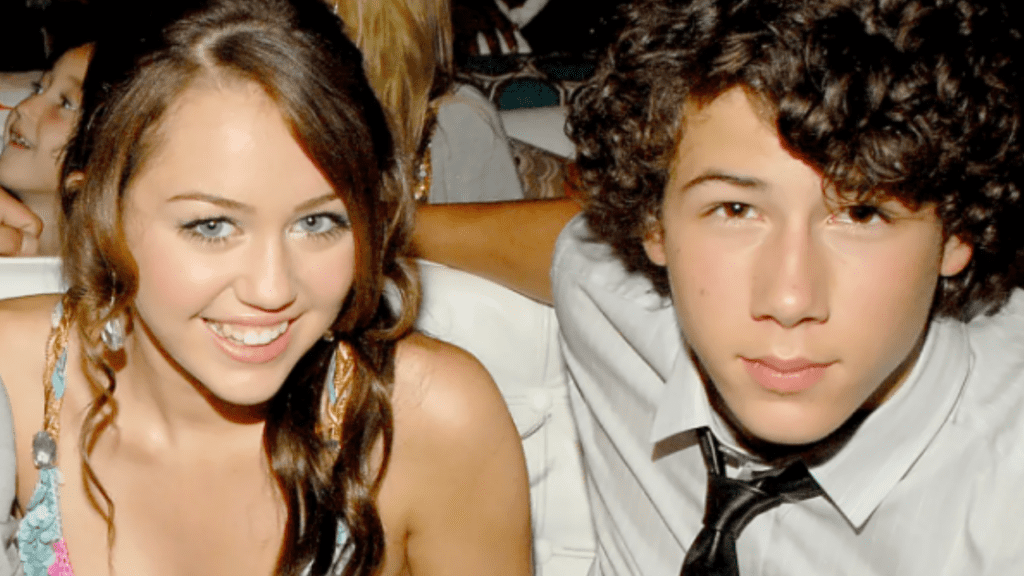 Despite having one of the most famous youthful loves in history, Jonas and Cyrus kept most of their relationship a secret. It was love at first sight when they first met at a charity event. Their relationship ended in 2008. 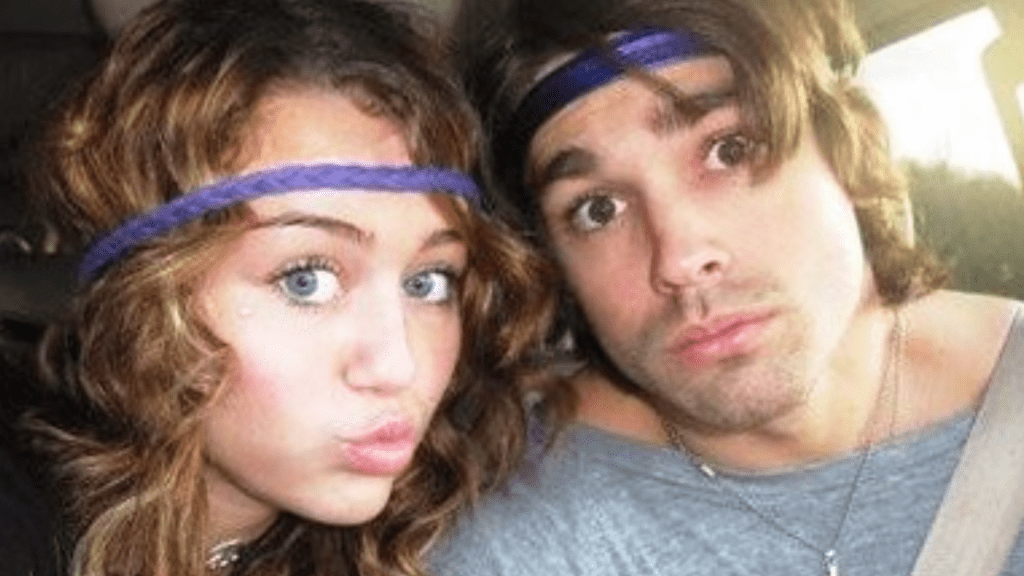 Miley Cyrus dated Justin Gaston for less than a year following her breakup with Nick Jonas before calling it quits shortly before they got back together to shoot a Disney commercial.

Despite having a five-year age difference, the couple was compatible, but after nine months of dating, they decided to part ways when Cyrus went to Georgia to film “The Last Song.” 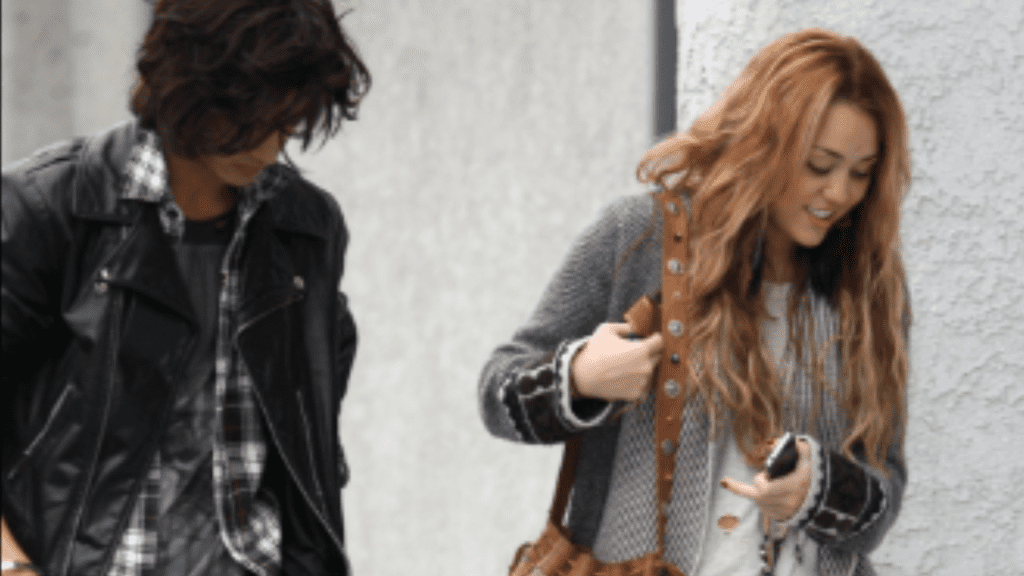 In November 2010, Miley Cyrus and Avan Jogia were seen kissing at the Trousdale nightclub days before her 18th birthday. Thus, speculations began that the two have a special relationship. 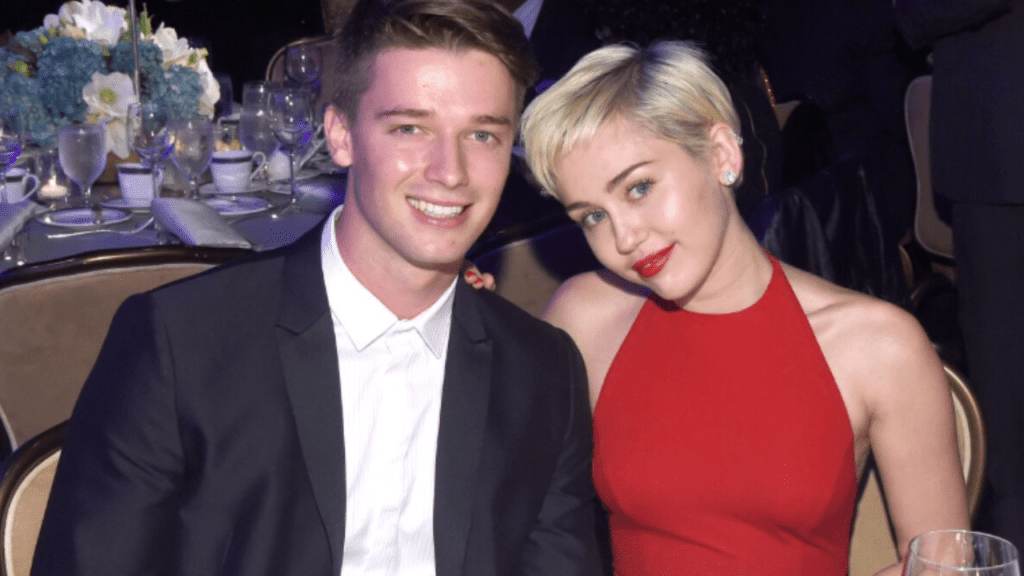 In 2011, Schwarzenegger admitted to Details that his “eye was set on Miley,” More than three years later, the two began dating. During one of Cyrus’ breaks from Hemsworth, the two reportedly had a little fling, according to Us Weekly, but they got back together in 2014 and started dating seriously. 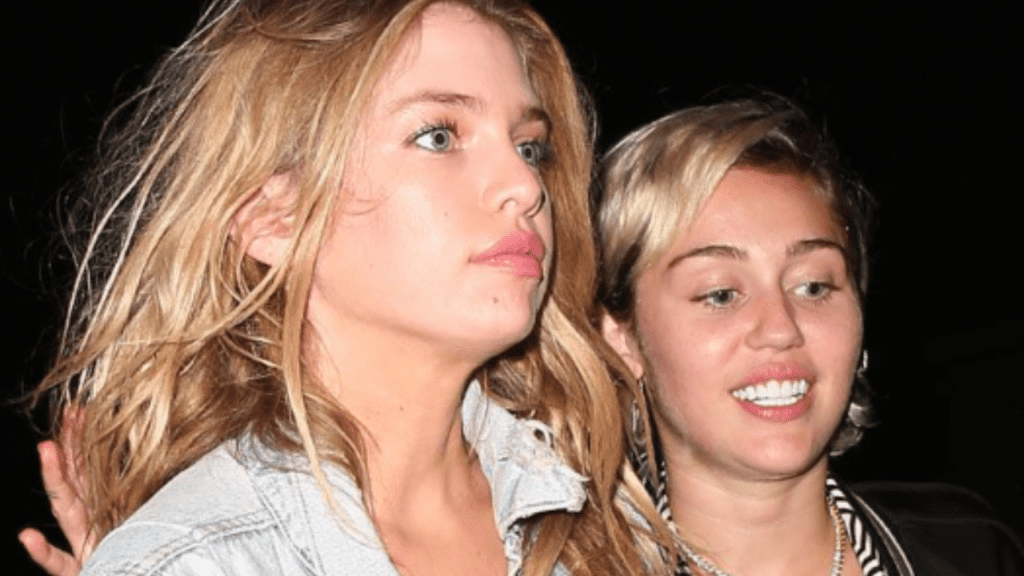 On a music video shoot in Hollywood two months after she split from Schwarzenegger, Cyrus was photographed kissing a Victoria’s, Secret Angel. 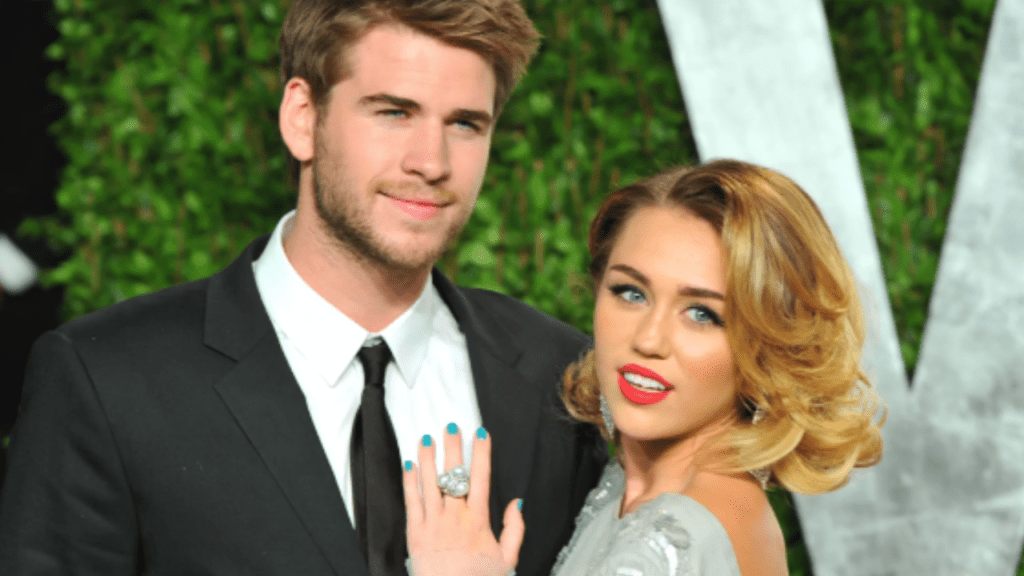 In “The Last Song,” Cyrus and Hemsworth portray a relationship, and it seems that their spark carried over into real life as they began dating and eventually got engaged in June 2012.

After almost ten years of dating, they were wed in December 2018. After eight months of being a wedded couple, Cyrus and Hemsworth announced their separation in August 2019. Hemsworth then filed for a divorce after a week. (2) 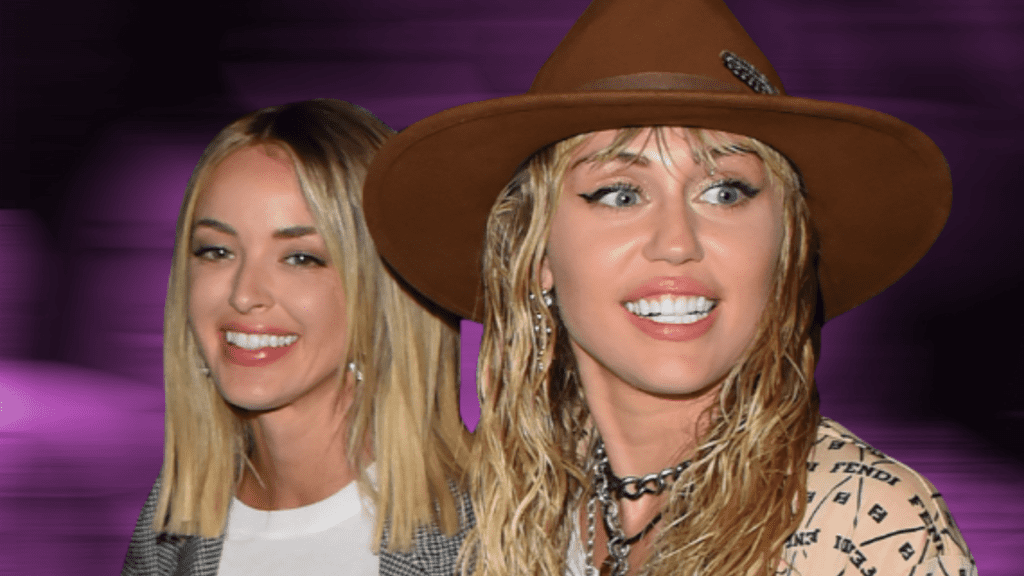 Miley Cyrus and Kaitlynn Carter, a blogger and former girlfriend of Brody Jenner, were seen kissing. After returning to the U.S., the women kept up the PDA, but they broke up a month later.

Following Miley Cyrus’ breakup with Liam Hemsworth and Carter in October 2019, the longtime pals were pictured getting close in Los Angeles. The following day, the former Disney Channel actor announced their relationship on Instagram by posting a picture of himself without a shirt. The couple separated in August 2020. 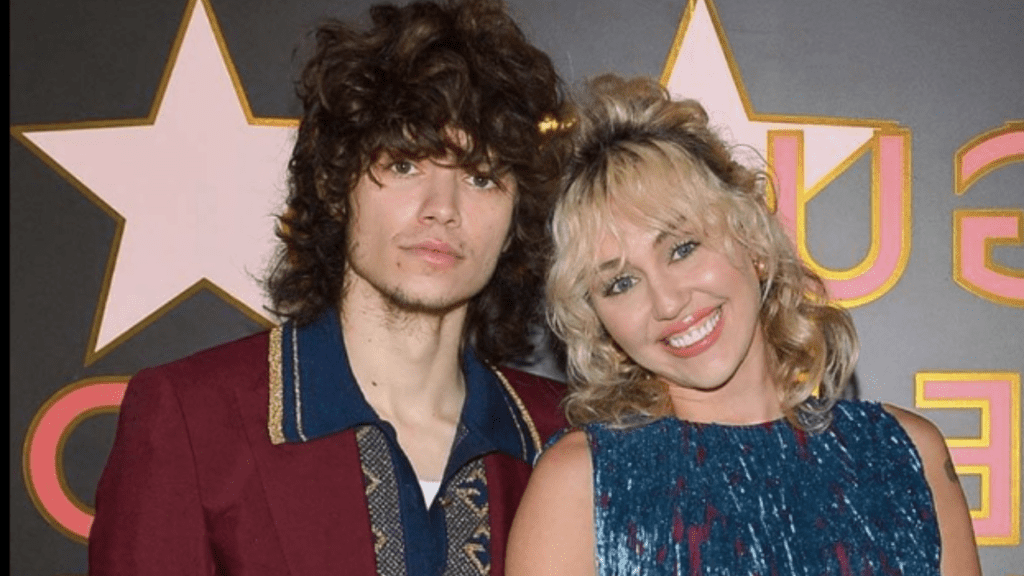 After they were seen hanging out together on New Year’s Eve in December 2021, the couple sparked romance rumors.

Miley Cyrus made her acting debut in the TV show “Doc” in 2001, including her father as a celebrity and composer music for him. She then portrayed Ruthie, an eight-year-old girl, in the 2003 adaptation of Daniel Wallace’s book of the same name, “Big Fish,” which was nominated for a Ballon d’Or.

She co-starred in the Disney television series “Hannah Montana” in 2006, portraying a young woman who was a well-known pop artist. The series’ enormous success advanced this excellent newcomer actress’ career in the entertainment business. She joined the regular cast of other “Hanna Montana” seasons and has made appearances in different motion pictures.

Miley Cyrus owes a large portion of her wealth to singing and concert tours, although she was very affluent before becoming a professional. By the time she decided to enter the music industry, she had already established herself as a valued brand thanks to the “Hannah Montana” television series.

“Hannah Montana 2: Meet Miley Cyrus,” Miley’s debut independent album, was triple platinum and brought in an estimated $10 million in sales. Cyrus then participated in concerts and music tours before the release of her second album, including the “Best of Both Worlds Tour,” which ultimately increased the amount of money she had in her bank accounts.

Her second album, “Breakout,” was a huge hit and brought in about $6.2 million for the pop singer. In 2009, Cyrus started her first world tour, the “Wonder World Tour,” and released several well-known songs. 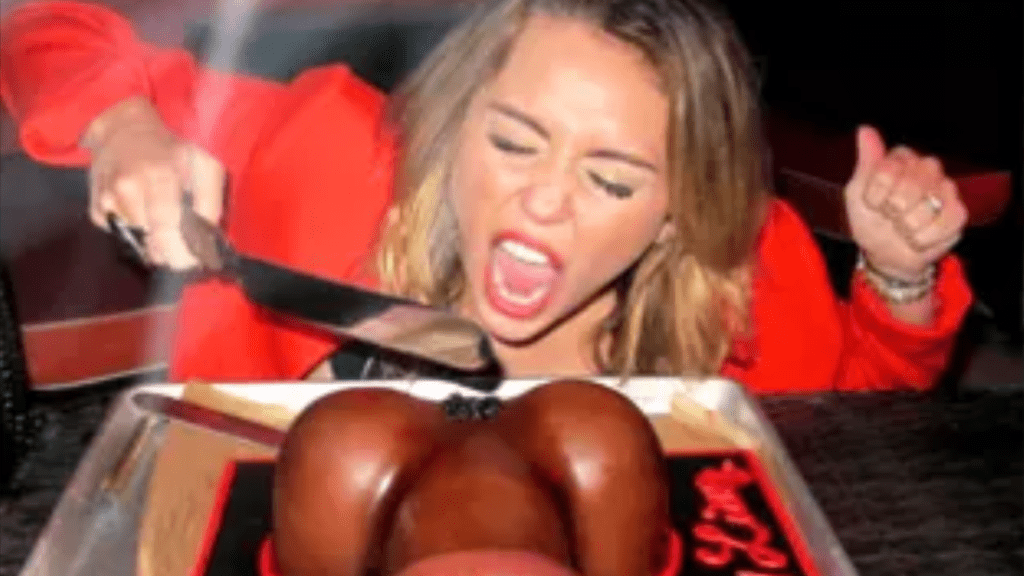 Miley Cyrus bought the cake for Liam Hemsworth’s birthday in 2012. She lost her job on the “Hotel Transylvania” cartoon after an image of her devouring the cake went viral. (3)

A hacker obtained Cyrus’ private images in 2008 and published them online. In one photo, Cyrus was seen cuddling up to Thomas Sturges, her then-boyfriend.

In a recent interview with Rolling Stone, Cyrus claimed that her mother, Tish Cyrus, was enraged at the time while her father, Billy Ray Cyrus, attempted to ignore the scandal. 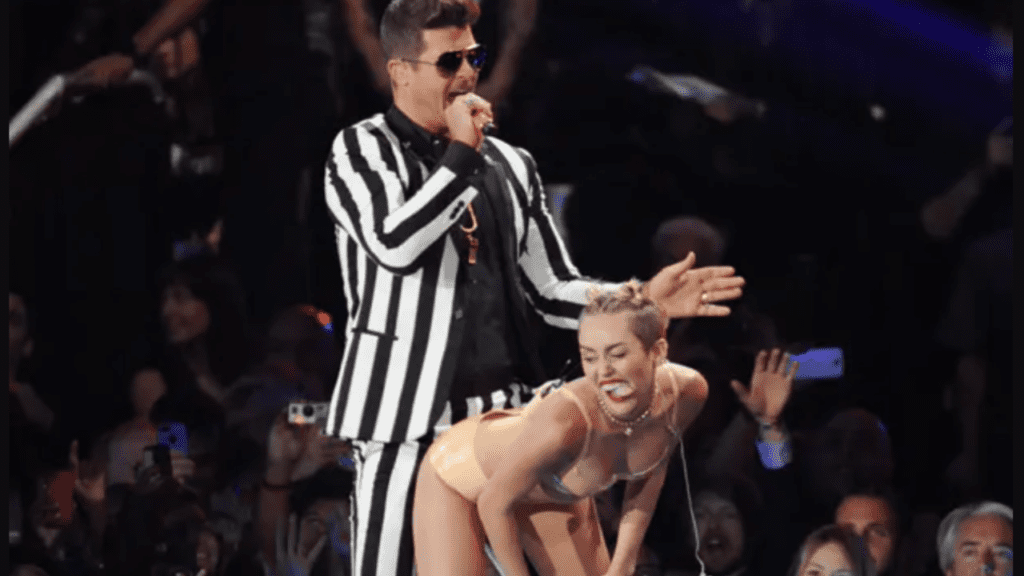 While singing a duet of “Blurred Lines” at the 2013 MTV VMAs, Cyrus twerked all over Robin Thicke while wearing somewhat looked underwear. They were thought to be under the influence of substances during the performance.

Cyrus, who was 15 at the time, was photographed by Annie Leibovitz wearing nothing but a sheet for the June 2008 cover of Vanity Fair. Cyrus, a Disney star at the time and appeared in “Hannah Montana,” drew sharp criticism for her obscene poses. The “Malibu” singer initially bowed to pressure and apologized.

She and a friend cyberbullied Selena Gomez and Demi Lovato

Lovato and Cyrus had been friends for their whole lives, but things started to change in 2008 when Lovato was scheduled to make her Disney Channel debut in “Camp Rock.”

Cyrus and her friend Mandy Jiroux posted a video on Cyrus’ YouTube page mocking Lovato, and the “Wizards of Waverly Place” stoked speculations that the two were no longer pals. Later, she and Jiroux removed the video and expressed regret.

Lighting marijuana on stage at the 2013 MTV EMAs 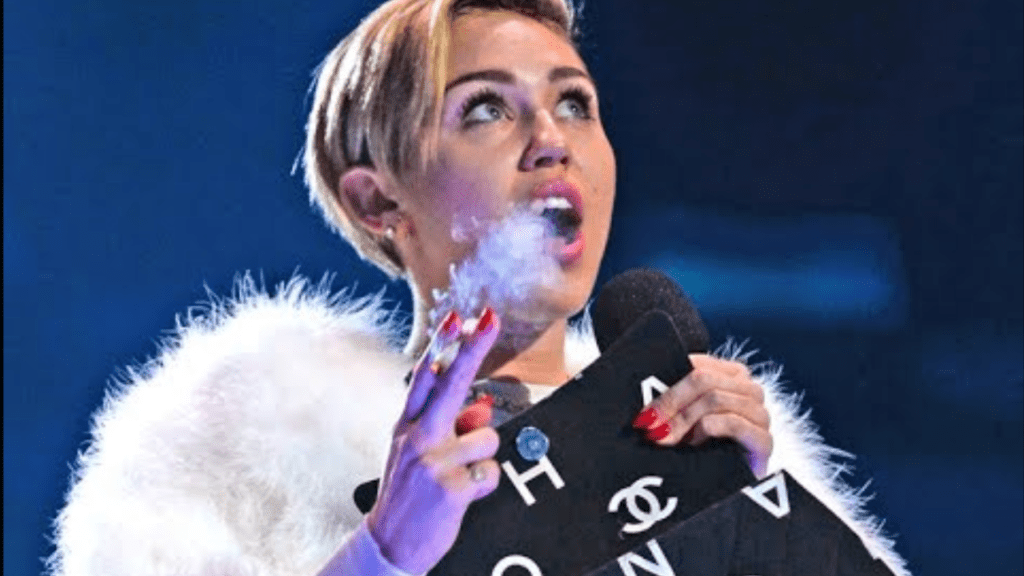 Cyrus continued to err on caution in 2013, following her twerking at the VMAs with a high-potency performance at the MTV EMAs. She pulled a joint out of her bag and lit it while accepting her award for her song “Wrecking Ball.”

Cyrus is accused of racism

At 16, Cyrus received criticism for her “slanted eyes” in a group photo with pals in 2009, which some people perceived as disrespectful to the Asian culture. She explained it away by calling it “goofy expressions,” but it didn’t go over well.

Asians in LA were represented by a group that filed a lawsuit against Cyrus for the error and sought $4,000 in damages per complainant. A judge eventually dismissed the case.

As a well-known philanthropist, Miley actively donates to many nonprofit organizations. She was ranked the 14th most generous celebrity in the world in 2013. To “organize young people to battle injustice impacting homeless children, LGBTQ youth, and other vulnerable populations,” the Disney Channel star launched the Happy Hippie Foundation in 2014. She also donates to 39 renowned charities. (4)

To generate money for the Libby Ross Foundation’s yoga program, Cyrus, who supports the organization, recently adorned a yoga bag for an auction. The organization supports services for victims, research to end the disease, and early breast cancer diagnosis. (5)

Cyrus is also associated with Musicians on Call, a nonprofit organization that provides patients with live and recorded music to aid recovery. She consented to appear alongside Jordin Sparks and Gavin DeGraw at a concert that benefited this charity. 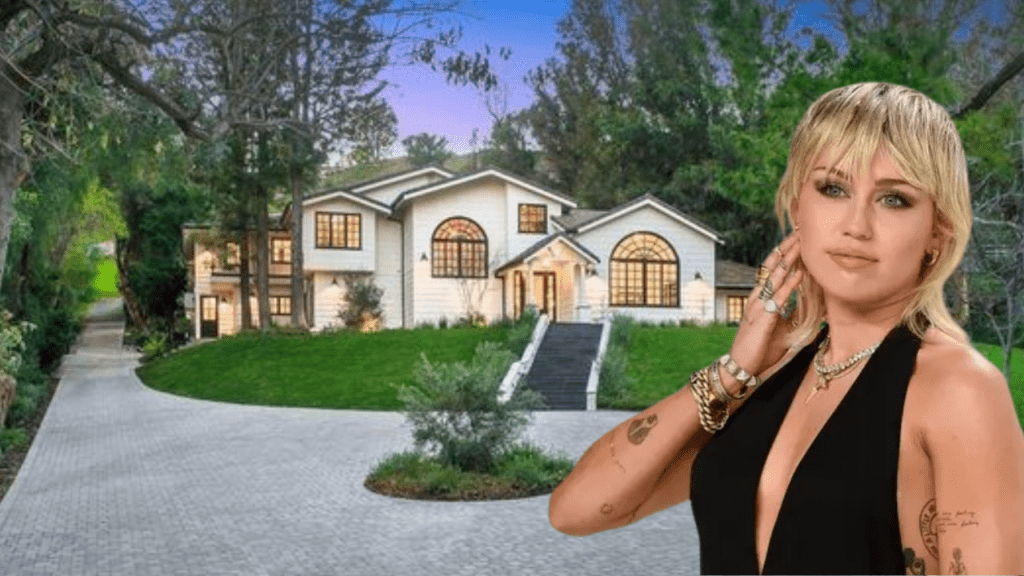 In 2011, Miley bought a property in the Californian hills above Studio City. The house has a very impressive architectural design with Tuscan-style fountains and a swimming pool.
She invested $5.8 million in 2017 to purchase a 30-acre ranch estate in Nashville, Tennessee.

After allegedly making no significant alterations or upgrades, Miley reportedly made an incredible $8 million profit when she sold the home in August 2022 for $14.6 million. Cyrus owns incredibly luxurious vehicles, including a Jaguar F type, Porsche, Rolls Royce Phantom, Bentley Continental, and Mercedes Maybach.