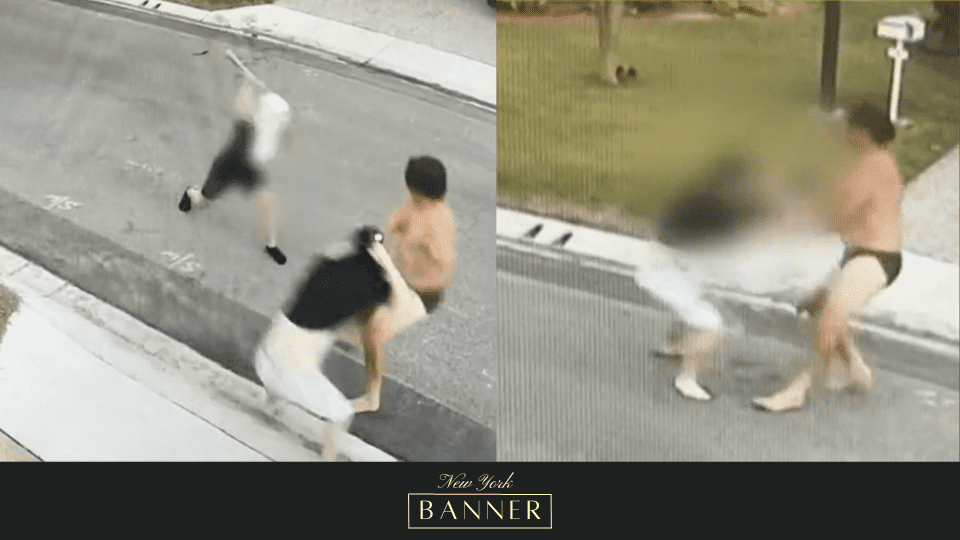 A man was butt-naked and was only wearing his underpants when he leaped into action to fend off armed robbers.

Not all heroes come as a knight and shining armor; in fact, some only wear a pair of briefs. One such incident involves an Australian man named Steve Middleton, who resisted armed thieves while only wearing his underwear.

The first few seconds in the video show Middleton fighting the armed strangers whose faces are covered with cloth. Additionally, at one point, he can be seen using one of the young men as a shield against the other’s attempts to attack him with a baseball bat and a knife.

Not all heroes wear capes, in fact some just wear a pair of undies.

Steve Middleton was up early on Boxing Day when he spotted some thugs trying to steal from his car – the tradie decided to take matters into his own hands. #9News pic.twitter.com/ocg3s37W2f

He even had some bruises and scrapes on his hand from the struggle that broke out after he grabbed one of the kids. Middleton, though, managed to escape the fight without any serious injuries.

The Australian man is now referred to online as the “underwear hero.”

Middleton revealed in an interview with 9News Gold Coast that he had set his alarm for the morning with the plan of going fishing that day. But when he walked up, he noticed a light in his daughter’s car and made the quick decision to take action.

He soon realized, however, that he was “starkers so had to put something on, and didn’t want to shock them [the robbers] too much.”

The Australian man hurriedly changed into his undies and dashed into Mermaid Waters. Since everything happened rapidly, Middleton was unaware that additional gang members were waiting in a different car.

“All I was doing,” according to Middleton, “was trying to was wrestle the young fella down,” He added that he “was more yelling out for the neighbors and trying to get some help so we can simply catch the young fella.”

On the other hand, he is humorously referred to as “Captain Undies” by his friends. Despite being unable to steal the car they were allegedly in, the group evaded getting caught.

Reactions to Man Repels Armed Robbers In Australia While Wearing Only His Underwear, Video Goes Viral

Good on him taking them on - People power ☝️🤙💕👌

Good on him taking them on – People power ☝️🤙💕👌

Next week..Police stop robbers... we hear from the robbers who were offended

Next week..Police stop robbers… we hear from the robbers who were offended

PrevPreviousFight Between An IndiGo Flight Attendant And A Passenger; Video Gone Viral
NextNoida Maid Recalls Horror Following Viral Lift Video: “They Threatened To Set Me On Fire, Throw Me Off Roof.”Next