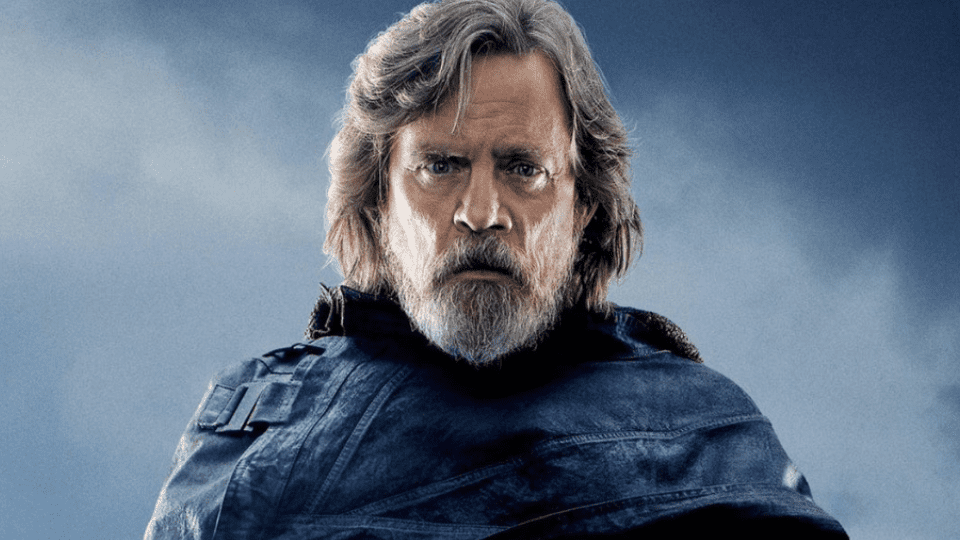 Mark Hamill is an American actor, film producer, writer, and director best known for portraying Luke Skywalker in the Star Wars movies. He has since established an excellent acting career in films and voice acting work.

Hamill is also a well-known voice actor who has voiced a variety of characters in movies, video games, and animated television shows.

American actor Mark Hamill had a distinguished and fruitful career. He is possibly most known for his roles in the “Star Wars” movie series. In the first “Star Wars” trilogy, Hamill was one of the more highly compensated actors. It’s estimated that he earned $650,000 for A New Hope. While completing Star Wars-related crafts.

According to estimates, the 71-year-old actor has a net worth of about $18 million. Compared to other Star Wars veterans like Harrison Ford, though, that might appear modest. Hamill has always radiated happiness in his role as Luke Skywalker, a symbol of courage and goodness in popular culture.

On September 25, 1951, Mark Richard Hamill was born in Oakland, California. His father is a US Navy Captain. Hamill spent much of his childhood moving about because of his father’s Navy job. (1) 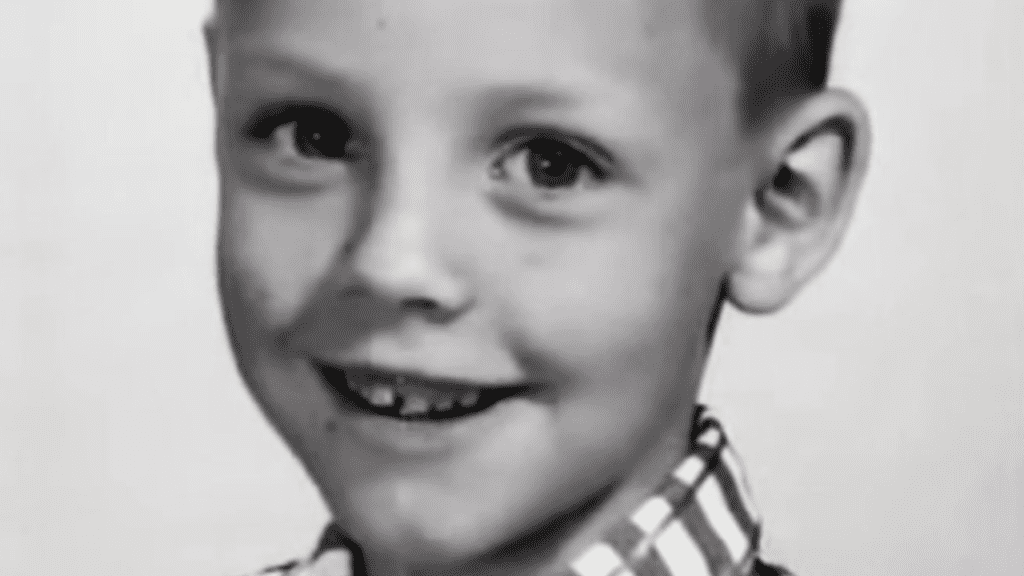 When he was younger, he attended the Walsingham Academy in Williamsburg, Virginia, and the Edgar Allan Poe Middle School in Annandale, Virginia. He spent time living in San Diego, Virginia, and even Japan over the years. (2)

Hamill’s father had a duty assignment in Japan by the time he was a junior in high school. He attended Nile C. Kinnick High School and participated in the drama club. His senior year was 1969. He continued his studies in drama at Los Angeles City College after that.

When they went on one of their first dates, Marilou couldn’t help but notice the “poor caps” on a minor character’s teeth in a preview of Star Wars. However, that was the end of their romance. Mark acknowledges that his ego was damaged by Star Wars fame which led to their breakup. (3)

In December 1978, Mark and Marilou reconciled and wed in a low-key ceremony in the backyard of their Malibu home. Together, they have three children: Griffin (1983), Nathan (1979), and Chelsea (1988). Griffin Hamill is an artist and a martial arts instructor, while Nathan Hamill is both an artist and an illustrator.

Marilou Hamill is the CFO of Mark’s company Amazing Invisible Inc., where Chelsea works in public relations. In The Last Jedi, all three Hamill children appeared briefly as resistance fighters. Nathan appeared as a Naboo Royal Guards member in Star Wars: Episode I- The Phantom Menace.

In honor of his wife, the Star Wars star posted pictures of him and his wife on social media after the couple recently celebrated their 44th wedding anniversary. (4)

TV is where Mark Hamill got his start. He enjoyed early success with a recurrent part in the soap series “General Hospital.” Additionally, he was cast in a significant role in the sitcom “The Texas Wheelers,” but it was canceled after only four episodes.

Hamill then appeared as a guest star in several other television shows, such as “The Partridge Family,” “The Bill Cosby Show,” and “One Day at a Time.” In addition, before landing his part in the “Star Wars” trilogy, Hamill starred in several television movies. (5)

Despite having already committed to a leading role in the TV series “Eight is Enough,” Mark Hamill was able to break free of his agreement and join the cast of the science fiction picture “Star Wars.” Mark Hamill believed in the project, although nobody could have predicted how big the movie franchise would become. Hamill instantly rose to international stardom.

“The Empire Strikes,” “Return of the Jedi,” “Star Wars: The Last Jedi,” and “Star Wars: The Rise of Skywalker” followed, with Mark Hamill reprising his part in each film. Additionally, he made appearances in the films“Empire of Dreams: The Story of the Star Wars Trilogy” and “The Making of Star Wars.” In a clip from the animated series “The Clone Wars,” he provided the voice of Darth Bane.

Aside from his role as Luke Skywalker, Mark Hamill is most recognized for playing the Joker in the DC Comics universe. He gave the Joker’s opening voiceover for “Batman: The Animated Series” in 1992.

Hamill continued to play the legendary antagonist as a result of his popularity in a number of animated series and video games, including “Batman Beyond,” “Justice League,” “Sega’s The Adventures of Batman & Robin,” “Batman: Arkham Asylum,” “Batman: Arkham City,” and many others. (6)

In addition to his work as The Joker, Mark Hamill has voiced characters in a variety of other projects, including the animated “Spider-Man” series, “Totally Spies,” “Avatar: The Last Airbender,” “Darksiders,” and many more. Mark Hamill is particularly well-known for portraying villains in his roles as a voice actor.

Mark Hamill came under fire when Germans claimed he used the term “gay” several times in a tweet he posted in opposition to the Florida state senate’s adoption of a rule that forbids students from discussing their sexual orientation or gender identity in the classroom. (7)

He added that he is relieved to hear that tweeting the word “gay” 69 times with a rainbow emoji is not prohibited by Twitter policy or German law and that he has no intention of breaking the Network Enforcement Act.

It is unknown what Twitter policies or German legislation Hamill was alleged to have broken, as well as the number of complaints.

After sending an offensive tweet to the daughter of a US president, Mark Hamill experienced a significant backlash on social media. Ivanka Trump with President Donald Trump.

The younger Trump posted a photo of her family to social media with the comment, “The Force is strong in my family,” the 37-year-old president-elect stated in a tweet, alluding to the widespread cultural phenomena. (8)

The following day, Mark Hamill responded to the article with the message, “You misspelled ‘Fraud,'” probably alluding to the most recent allegations of collaboration against the president.

Hamill’s post received a lot of unfavorable feedback very soon.
The veteran actor came under fire from Trump fans and detractors for “attacking” the three-year-old child and, more significantly, a “Star Wars” enthusiast.

Hamill continued to post his original tweet despite the uproar. He has not responded to his comment about the Trump family since posting it. However, Hamill responded to a Twitter user who congratulated the little Star Wars enthusiast the next day. “Forget the parents… this kid rocks,” they wrote.

You may also be interested in: Ben Stiller’s net worth

Mark Hamill, a Star Wars actor, provided Ukraine with 500 drones to aid in their defense against the advancing Russian troops. During an appearance on an episode of Bloomberg Radio’s Sound On, Hamill confirmed the news.

Hamill expressed his gratitude for the opportunity to participate in the operation and promised to continue raising money to support a project that will help the Ukrainian government acquire unmanned drones for use in combat. (9)

Thanks to the incredible generosity of the #StarWars fandom, our host shows and their superstar guests, #Podathon2022 raised $16,115 for @MakeAWish, smashing our goal and expectations!#ThankYou all! The Force is strong with the Star Wars fandom! pic.twitter.com/b41hKS4GR4

Through the Force For Change program, fans raised more than $10 million for UNICEF while also having the opportunity to enter drawings for rewards, including tickets to the Los Angeles premiere, early screenings for pals, and background roles in Maz Kanata’s pub. (10)

Lucasfilm is resuming the campaign in favor of UNICEF Kid Power, American Red Cross, Boys & Girls Clubs of America, and Make-A-Wish, while director Rian Johnson is working on Episode VIII.

Hamill makes a point to undertake charitable work about his other noteworthy professional achievements, in addition to voice acting The Joker for unwell children.

It is a lovely castle surrounded by exotic tree-filled gardens. His home features multiple bedrooms and bathrooms and is two floors tall. Additionally, Mark Hamill maintains a magnificent pool not far from the entrance. (12)