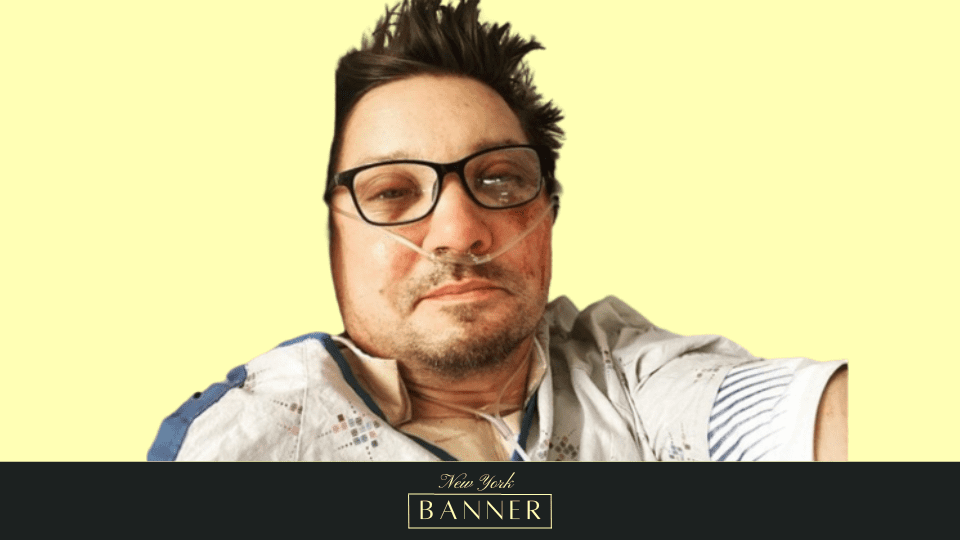 The accident is a major setback for him, but fortunately, it appears that he will make a full recovery.

Jeremy Renner is best known for his role as Hawkeye in the Marvel Cinematic Universe, and he’s also had his share of unfortunate events. Recently, Renner made headlines after he was injured in a snowplow accident. At that time, it was reported that he was in “critical but stable” condition. Now, new details have emerged about the extent of Renner’s injuries and the circumstances surrounding the accident.

As we previously reported, the actor was preparing the road for his family to leave after a severe New Year’s Eve storm around a quarter mile from where they stayed at.

However, the Snowcat, which is used to clear snow, accidentally ran over one of his legs, causing major blood loss injuries. It’s a blessing that a nearby doctor was able to tourniquet his leg until help arrived.

Renner even needed a rescue aircraft to go to the hospital. He underwent surgery and was being treated for severe chest trauma, orthopedic injuries, and other ailments in the Reno region.

The “Hawkeye” star was in the area because he has owned a home in Washoe County for some time. On New Year’s Eve, unfortunately, a storm that reached that part of northern Nevada produced a lot of snow and cut off power to more than 31,000 people.

According to sources acquired by Wonder Wall, he was, indeed, using a Snowcat to clear a road close to his house where one of his vehicles—driven by a relative—had been trapped. The Snowcat then started to move as soon as he exited the plow to speak to his family member.

A “not no great” ICU DAY, turned to amazing spa day with my sis and mama❤️. Thank you sooooo much pic.twitter.com/pvu1aWeEXY

Renner was trampled as he tried to get inside the car. He was bleeding from his head and having trouble breathing, according to a 911 emergency call, and had been “completely crushed” by the plow.

Upon being taken to the hospital, he was in a critical state. The good news is that Renner uploaded a selfie from the hospital’s intensive care unit and thanked his followers for their encouraging messages.

Also, on January 5, he took his first bath since the tragedy and stayed in the ICU. This is undoubtedly a scary situation, but it’s good to know that Renner is okay. It’s also a reminder of how important it is to be careful when operating large machinery.

@JeremyRenner Good morning! I miss your smile, you doing something silly just to make people happy. I'm here praying for you, Thursday there's going to be a big religious party in my city I'm going to ask "Nosso Sr do Bonfim" for your recovery

@JeremyRenner Good morning! I miss your smile, you doing something silly just to make people happy. I'm here praying for you, Thursday there's going to be a big religious party in my city I'm going to ask "Nosso Sr do Bonfim" for your recovery pic.twitter.com/4k0akw80O1

PrevPrevious“Eight Is Enough” Actor Adam Rich Passed Away At 54
NextDiana Jenkins’ “RHOBH” Departure: Why She Quit After One SeasonNext