Jim Davis was an actor that is best known for his portrayal of Jock Ewing on the CBS primetime soap opera Dallas, which he continued until he could not perform due to a terminal illness. (1)

Jim Davis is an American cartoonist with an estimated net worth of $800 million. (2) Jim Davis is best known for his internationally successful comic strip “Garfield,” which has been in syndication since 1978 and follows the daily adventures of the cat Garfield, his owner, Jon Arbuckle, and Jon’s dog, Odie. Davis was born in Edgerton, Platte County, Missouri, and attended high school in Dearborn before enrolling at the Baptist-affiliated William Jewell College in Liberty. (3)  Jim was a tight end on the football team at WJC and graduated with a degree in political science. Despite his celebrity and wealth in the media, Jim Davis prefers to keep his personal information private. Jim served in the U.S. Coast Guard during World War II. Jim Davis’ desire to keep family information remote is understandable. This may give them a sense of security. Other information includes whether or not he has siblings and how he recalls his childhood.

After two failed marriages, he met Blanche Hammerer at the Sunset Strip club “Mocambo” in 1949. They later married and were together for over 30 years until Davis died in 1981. Tara Diane Davis, their only child, was killed in a car accident when she was 17. Davis later became close to his Dallas co-star Victoria Principal, who resembled his late daughter in appearance. 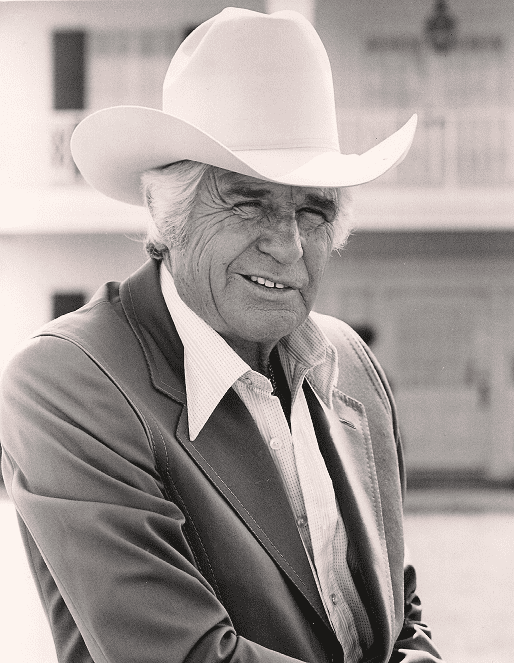 Davis starred in and told the story of the syndicated Western anthology television series Stories of the Century from 1954 to 1955. He played Matt Clark, a Southwest Railroad detective who works to bring notorious gunfighters and outlaws to justice. Mary Castle and Kristine Miller were his co-stars. Stories of the Century was the first series to be nominated for an Emmy. The figures featured were John Wesley Hardin, Sam Bass, Doc Holliday, the Dalton Brothers, the Younger Brothers, and Belle Starr. In 1957, he co-starred with Dale Robertson in Tales of Wells Fargo as an outlaw with morals.

Davis played Wes Cameron in the syndicated adventure series Rescue 8 from 1958 to 1960, and Lang Jeffries in the role of Skip Johnson. Around this time, he appeared as a guest star on the syndicated crime drama U.S. Marshal with John Bromfield. Davis appeared as George Tabor in the sixth season episode “The Case of the Fickle Filly” and as a victim Joe Farrell in the eighth season episode “The Case of a Place Called Midnight” in 1964. Stoney Burke, a Jack Lord adventure series, also featured him. Davis played Wyatt Earp in the Death Valley Days episode “After the OK Corral” in 1964; William Tannen played rancher and gunfighter Ike Clanton in the same attack.

Davis appeared on Gunsmoke 11 times and Daniel Boone, Wagon Train, and Laramie four times each. Jim appeared as a guest star in the next-to-last Laramie episode, “Trapped,” alongside Tommy Sands, Claude Akins, and Mona Freeman. Slim Sherman, the protagonist, discovers an injured female kidnap victim in the woods. In the role of series regular Mike Williams, Dennis Holmes rides away to seek assistance, but the kidnappers reclaim the hostage. Slim pursues the kidnappers, but the girl’s father misidentifies him as a third kidnapper. Sands plays the girl’s boyfriend, who is forbidden by her father from seeing her. Jim also appeared in an episode of The High Chaparral and in minor roles in the John Wayne films Rio Lobo and Big Jake, both released in 1971. In 1974, he played Marshal Bill Winter in the ABC Western series The Cowboys, which was based on John Wayne’s 1972 film of the same name.

Jim was cast as family patriarch Jock Ewing on Dallas, which premiered in 1978, after years of playing minor roles. He was diagnosed with multiple myeloma during season four, but he continued to film the show for as long as possible. As the season progressed, Davis was shown seated in many scenes, and his voice became softer and more obviously affected by his illness. He also wore a wig in the season’s later episodes to hide his chemotherapy-induced hair loss. (4)