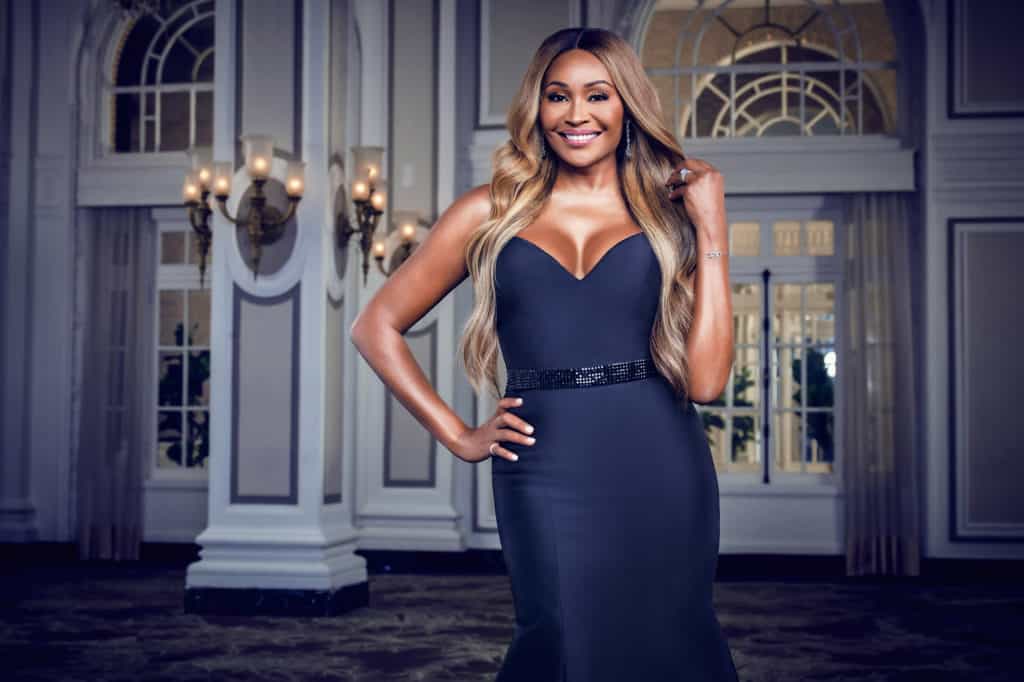 Cynthia Denise Bailey is an American actress, model, and reality TV personality. She was born and reared in Alabama. She began her long career in this industry by coming to New York to pursue a job as a fashion model. She was promptly signed to a five-year deal with Wilhelmina Models, which led to her first project being featured on the cover of Essence Magazine and following appearances as a model in different magazines and commercial campaigns. In Paris and Milan, she worked as a runway model.

Cynthia Bailey busies herself with her businesses, with different TV shows and guestings, and her role as a housewife in The Real Housewives of Atlanta.

Aside from being a reality TV star, Bailey has also ventured intro entrepreneurship. Over the course of her ten-year run on “Real Housewives of Atlanta,” Cynthia Bailey has started a modeling agency, an eyeglass line, a bag line featuring her daughter Noelle, and, most recently, a wine cellar (The Bailey Wine Cellar).

The Bailey Agency, her modelling agency, is doing good and even had a model search in several Southern cities in the past where the top prize was a contract from a New York modelling agency.

She also has her own eyeglass line called Cynthia Bailey Eyewear. In July 2019, she opened her wine bar, The Bailey Wine Cellar, and her event space, The Bailey Room in Grant Park, Atlanta. In the same year, she established a joint venture with Seagram to create a signature cocktail, the Bellini.

Together with her daughter Noelle as the face of the brand, Cynthia also has a leather handbag line, CARGO by Cynthia Bailey, as well as a candle line.

Her fortune is also attributable to her film and television projects, as well as her guest appearances. She leads a wealthy and glamorous lifestyle thanks to her earnings.

Cynthia Denise Bailey was born out of wedlock in Decatur, Alabama, on February 19, 1967, and brought up in Tuscumbia. Elijah, her father, worked in an auto factory, while Barbara, her mother, worked in a sewing factory. Barbara was 18 when she became pregnant with Cynthia, and only a year later, she gave birth to another daughter, Malorie. Cynthia was inspired by her grandmother, Mae Frankie Ford, who worked at a sewing factory, sold hotdogs and hamburgers, cleaned houses, and offered to look after an older lady when she was younger. She regarded her grandmother as the first female black entrepreneur in her life. (2) 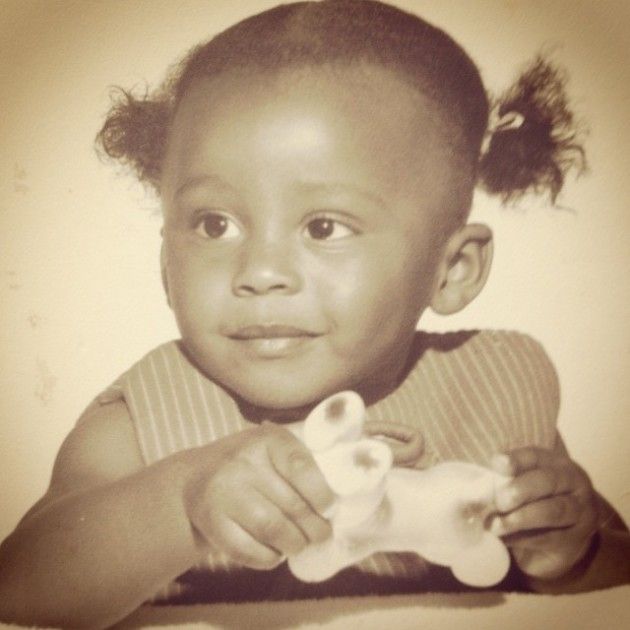 When she was 18 years old, she moved to New York in the hopes of establishing her modelling career. This became her stepping stone to fame.

Bailey competed in local beauty pageants while enrolled in freshman-level classes at the University of Alabama in Huntsville. She was Deshler High School’s first African-American homecoming queen. She competed in a homecoming queen pageant after winning the said competition. Although she did not win, a Wilhelmina Models talent scout took interest in her and signed her on.

Cynthia Bailey has received a number of marriage proposals, two of which she has declined. In 1996, Bailey began dating Jayson Williams, who proposed to her during a Brooklyn Nets halftime show. She turned down the proposal and returned the ring to him. Russell Simmons also proposed to her, but she declined. (3)

Leon Robinson, an actor and singer, was her previous boyfriend. Their daughter, Noelle, was born in November 1999 as a result of their relationship. They were engaged but eventually broke up.

The Real Housewives of Atlanta star Bailey married Peter Thomas on July 24, 2010, at the Fernbank Museum of Natural History; the wedding was included in a season three episode. After 6 years of marriage, the two decided to get a divorce, with both of them announcing it. The divorce was finalized in March 2017.

Despite the fact that their marriage had ended and they had moved on, they remained friendly and supportive of each other’s endeavors. Thomas has even stated that he still loves Bailey, but that their relationship had to end due to their differences.

After the divorce, she purchased a house which she fondly calls Lake Bailey and moved in it with her daughter. She initially wanted to buy an apartment to mimic the New York way of life, but the producers from The Real Housewives of Atlanta persuaded her to buy a house instead. The said estate amounts to a whopping $960,000.

Bailey has been married to FOX Sports TV host Mike Hill since 2020. The ceremony took place in Governors Towne Club in Acworth, Georgia. In April 2018, the pair met during a segment on Steve Harvey’s talk program. Out of three eligible suitors, she chose him as her match. Bailey has stated that she is “in love” and that she believes she has found “the one.”

When she was scouted by a talent scout and was asked to move to New York, she acquired funds for the transfer by working part-time in a mall. Upon signing the contract, she became the cover of Essence Magazine. Cynthia’s debut Essence cover was not only one of the magazine’s best-selling covers, but it was also a personal favorite of then-editor-in-chief Susan Taylor. Cynthia landed her second cover soon after, setting the tone for the rest of her brilliant career.

When she was scouted by a talent scout and was asked to move to New York, she acquired funds for the transfer by working part-time in a mall. Upon signing the contract, she became the cover of Essence Magazine. Cynthia’s debut Essence cover was not only one of the magazine’s best-selling covers, but it was also a personal favorite of then-editor-in-chief Susan Taylor. Cynthia landed her second cover soon after, setting the tone for the rest of her brilliant career.

After strutting down the runways of Paris and Milan Fashion Week, she returned to New York and worked as a model for Target, Maybelline, and Oil of Olay. She also appeared in Vogue, Vanity Fair, Elle, and Glamour magazine spreads. She’s also worked as a model for Macy’s, Neiman Marcus, Lord & Taylor, Saks Fifth Avenue, Talbots, Chicos, and Bergdorf Goodman over the years.

Bailey has made appearances in music videos as well as fashion shows and magazines. She had an appearance in the music video for the album ‘Technique’ in 1989. She appeared in the video for New Order’s song “Round and Round.”

Cynthia went on to work by participating in the low-budget film The Dark Power in 1985 and the 1989 music video for New Order’s “Round & Round.” She eventually played Roxanne in the 1990 film Without You I’m Nothing, where she said her greatest career achievement was being chosen over Naomi Campbell for the role opposite Sandra Bernhadt. (4)

After that, Bailey had a pivotal appearance on an episode of The Cosby Show in 1990. She also starred in the music video for Heavy D’s single “Nuttin But Love” from the album of the same name in 1993, and she also portrayed a model in the film For Love or Money the following year.

Not only that, but she also appeared in the 2015 documentary Black Friday. In 2016, she also starred in Sharknado: The 4th Awakens, the fourth Sharknado film. On January 29, 2017, she served as a guest judge at the 65th Miss Universe preliminary and finals competition, which aired on Fox from the Mall of Asia Arena in Pasay, Metro Manila, Philippines.

Her friendship with NeNe Leakes and her romantic involvement with nightclub owner Peter Thomas drew the showrunners’ attention. She was initially apprehensive about joining the famed Bravo franchise. In fact, she initially dismissed it as “too dramatic,” but after recognizing it as a business potential, she changed her mind. Soon after she and Thomas relocated to Atlanta, Bravo called her. The network informed her that they intended to add more elegance to the show by featuring women who had excellent careers prior to becoming chosen as Real Housewives. The show centered on her friendship with NeNe and her romance with Thomas. But even the closest of friendships can be shattered by reality television, and it didn’t take long for the two to start squabbling in front of the cameras. Cynthia Bailey and NeNe Leakes publicly ended their friendship when the former invited their co-star Kenya Moore to her event despite the fact that Leakes and Moore is in the middle of a feud.

In light of Porsha Williams’ engagement, Bailey chose to stay mum about the matter, considering that it was extremely controversial since Porsha’s fiancé is the ex-husband of their fellow cast member. Porsha was quick to unfollow Cynthia because of it.

She’s had her disputes here and there, the most recent one being on the Real Housewives Ultimate Girls Trip where she said she felt disrespected by a cast member. That cast member was revealed to be Kenya Moore.

After 11 seasons on Bravo’s The Real Housewives of Atlanta, Cynthia Bailey is leaving the show. She made the announcement on Instagram. Bailey, 54, has stated in her post that while she was leaving the popular show, she is not done with Bravo yet, which was most likely an attempt to dispel reports that she had been fired. (5)