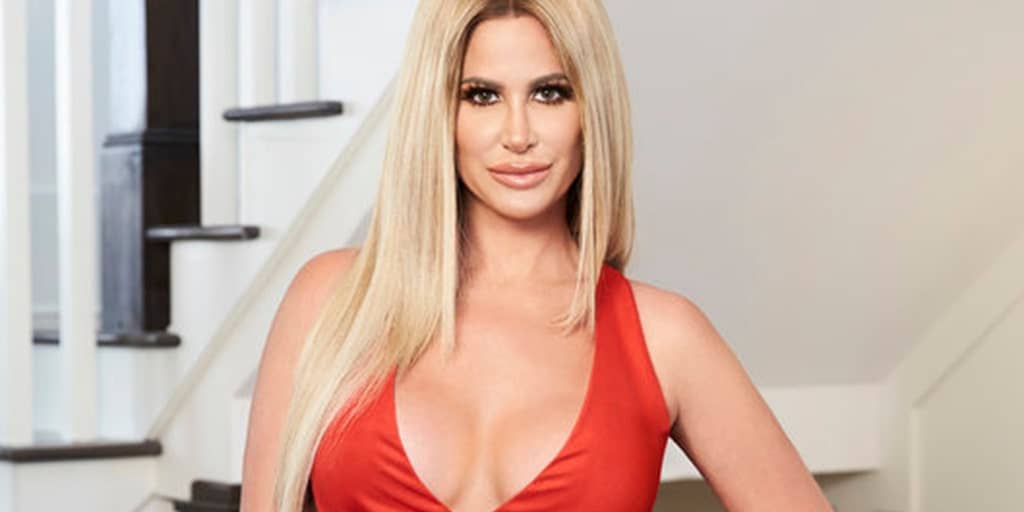 In 2012, she got her own spin-off show, Don’t Be Tardy for the Wedding, which followed her wedding preparations to football star Kroy Biermann. The show was then revived for a second season under the name Don’t Be Tardy, and continued for eight seasons until the final episode on December 29, 2020.

She was a contestant on the 21st season of the dance competition series Dancing with the Stars in 2015.

In 2021, Kim Zolciak is a reality television star and singer with a $3 million net worth. She’s known for and got most of her wealth from appearing on Bravo’s reality tv series “The Real Housewives of Atlanta” and its spinoff “Don’t Be Tardy.” It is estimated that Kim makes around $80,000 per episode. This last season on eight episodes, which comes out to roughly $640,000 for the season. (1)

Zolciak is a successful businesswoman in addition to being a reality TV star. Zolciak launched a swimwear line called Salty K Swim over the summer, and it appears to be a big hit so far, as she reported on Instagram that her second collection sold out in less than an hour. Many of Zolciak’s bathing suits sell for around $90 on her website, so the line is clearly profitable for her.

Aside from her swimwear line venture, she went on to develop her own beauty line, ‘Kashmere,’ to fulfill her dream. In fact, she collaborated on the beauty items with Susan Goldberry, a cosmetic chemist, for her brand’s ‘Kashmere Kollections’ line.

Kim’s husband, Kroy, also earns a lot of money, which helps her maintain her extravagant lifestyle. With a salary of $2.5 million, his net worth is estimated to be $5.5 million. Kroy made the majority of his money while playing football for the Atlanta Falcons. Kim and Kroy have an estimated net worth of $8 million.

Kimberleigh Marie Zolciak was born in Pensacola, Florida, on May 19, 1978, but grew up in Windsor Locks, Connecticut. She is the daughter of Joseph and Karen, and was reared in a military family. Kim had an affair with a police officer when she was 17 years old. He had spoken with her as a witness in a criminal case. The cop was fired, but only for a period of 45 days without pay. (2) 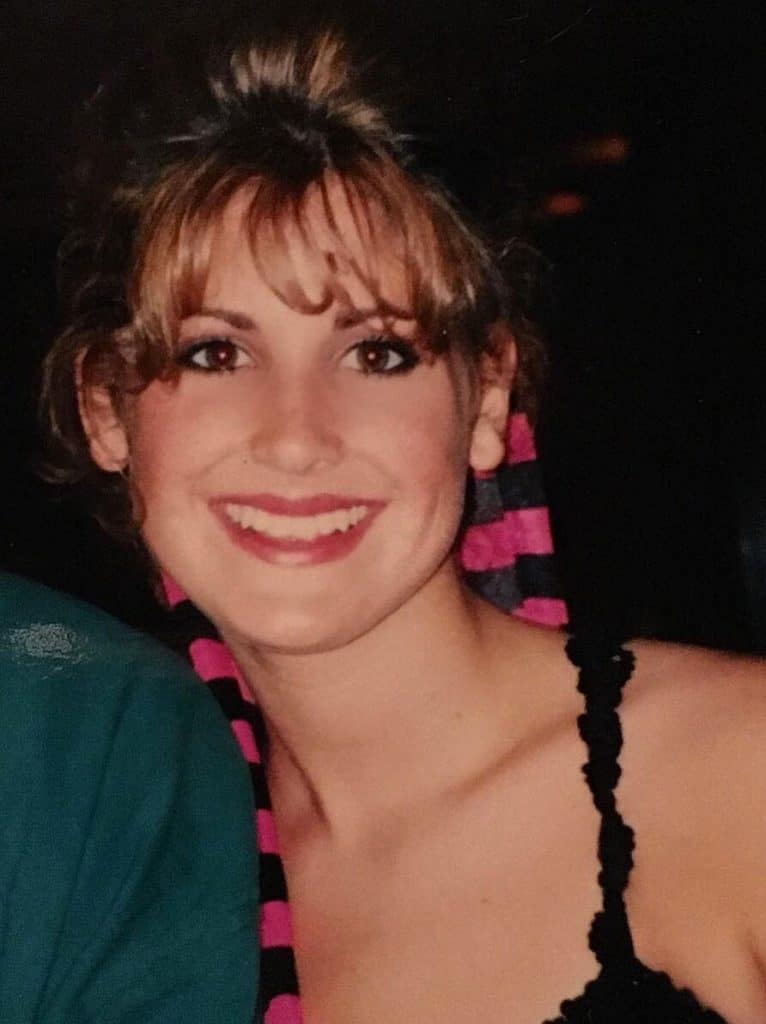 Michael is her only sibling, and she spent most of her time with him. The brothers and sisters were raised as Roman Catholics and their parents were of Italian and Polish descent.

Kim moved to Atlanta where her parents had relocated after graduating at the age of 21 and eventually lived in the Johns Creek neighborhood.

In 1996, Kim graduated from East Catholic High School in Manchester, Connecticut, and went on to the University of Connecticut to study nursing. She obtained a license to practice nursing in both Connecticut and Georgia.

Zolciak is bisexual and has revealed that she had a romantic relationship with DJ Tracy Young.

Big Poppa, whose true name is Lee Najjar, is the successful real estate manager who is responsible for Kim’s opulent lifestyle prior to marrying Kroy Biermann. Throughout Seasons 1 and 2, Lee allegedly paid for her Range Rover and condo, as well as a slew of other lavish gifts.

Biermann applied to adopt Zolciak’s daughters in March 2013. The adoption was finalized in July 2013, and the girls’ last names were changed to Brielle Biermann and Ariana Biermann. (3)

Kim’s first job after graduation wasn’t all glitz and glam as a reality tv star.

Kim posed proudly for an Instagram photo with her hands over her head in front of a Subway sandwich outlet in a shot from her trip back home. She wrote, “Stopped by the Subway I worked at!! My first job!!” Kim wasn’t a great favorite with the managers there, though we’re sure the customers enjoyed her when she was there. She wrote, “I used to be fired all the time for giving my friends free food.”

Kim also posed in front of a McDonald’s sign in another photo. She shared, “My second job was right here at this McDonald’s!!” “I used to take orders outside in this little ass booth the size of a telephone booth.”

Kim debuted on “The Real Housewives of Atlanta” on October 7, 2008, and has since appeared in Bravo-related programming. “Don’t Be Tardy for the Wedding,” a new spinoff show on Zolciak and her then-life fiance’s as they prepared for the wedding, premiered in year four.

In 2008, Kim started working on a country music CD. Kim’s desire to create a legitimate music career inspired the title of the spinoff show, “Don’t Be Tardy.” Kandi Burruss, Kim’s fellow housewife, wrote and produced her first song, the dance hit “Tardy for the Party,” which debuted on the “Wendy Williams Show.”

On October 7, 2008, Zolciak-Biermann made her first appearance on Bravo’s reality show The Real Housewives of Atlanta.

Kandi Burruss, Zolciak’s Real Housewives of Atlanta castmate, and her collaborating songwriter/producer Rodney “Don Vito” Richard sued Zolciak for income made from “Tardy for the Party” on March 12, 2013. Burruss’ attorney, RHOA castmate Phaedra Parks, claims that her clients wrote the song for Zolciak and that Zolciak released and sold the single “without [the] plaintiffs’ authorization, license, or consent,” according to the documents. Burruss was also seeking a temporary restraining order to prevent future sales of the song, as well as the “destruction of all copies of the infringing single and any other product of defendant’s that infringe plaintiffs’ copyrights.”

She’s also had a feud with co-star NeNe Leakes, whom she said tried to strangle her in the middle of a heated argument. Kim Zolciak and NeNe Leakes were closer than ever before filming on the Real Housewives of Atlanta, which premiered in 2008. However, like with most reality TV friendships, the two’s friendship encountered a snag. Kim revealed on the RHOA season 1 reunion that “Big Poppa,” with whom she had an on-again, off-again romance, was still legally married to his wife, but was in the process of divorcing her. “Close your legs to married men,” NeNe said in response to Kim’s admission, a now-famous Housewives one-liner.

Kenya Moore is also at it with Kim, with Kim saying that Kenya referred to her son as ugly because of his red hair.

Moreover, Sheree Whitfield grabbed Kim’s wig during season 2 of The Real Housewives of Atlanta when they were having a verbal spat. Sheree revealed in the 2009 episode, “I felt the need to tug on her wig.” “I did not try to pull it off. I didn’t want to pull it off. I just wanted to shift it a little bit.”

Porsha Williams, on the other hand, is dear to Kim’s heart.

Kim Zolciak-Biermann hasn’t seen the RHOA cast in a while, but she has nothing but praise for Porsha and the vital work she’s doing in the community.

Kim acknowledged on Watch What Happens Live with Andy Cohen that she still texts with Porsha — and then commended the RHOA cast member for standing up and using her position to bring attention to the Black Lives Matter movement and racial injustice through her activism.