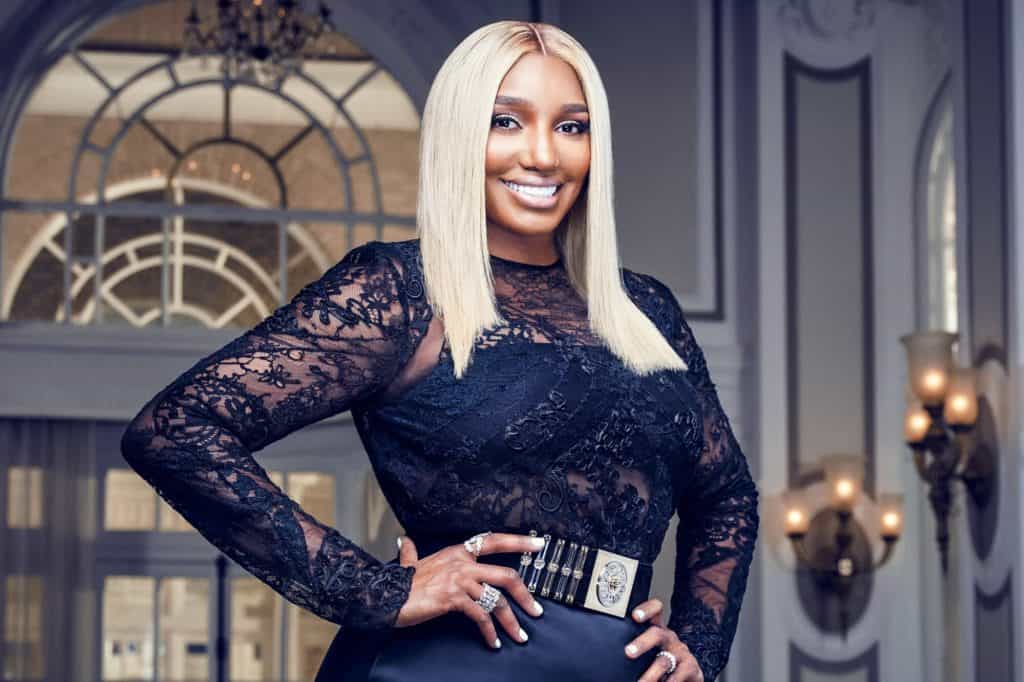 Linnethia Monique “NeNe” Leakes is an actress, presenter, businesswoman, author, and fashion designer from the United States. She is best known for starring as an original cast member on the reality television series The Real Housewives of Atlanta and for her recurring role Roz Washington on the Fox comedy-drama series Glee. She was born in Queens, New York, and reared in Athens, Georgia.

She had a clothing line on Home Shopping Network before opening her SWAGG stores in select locations across the country, in addition to her television activities. The restaurant The Linnethia Lounge, is also owned by her.

NeNe Leakes has an estimated net worth of $14 million as of 2021. Her salary of a whopping $1 million per season of The Real Housewives of Atlanta before her 2015 exit is a major factor to this. That’s the highest per-episode salary earned by any Bravo housewife. (1)

Nene was also a contestant on Season 18 of Dancing with the Stars. Nene and her professional partner, Tony Dovolani, competed on DWTS for eight weeks. Every celeb on the show is paid $125,000 for the rehearsal session and the first two weeks on television, according to Variety. They can only take home $295,000, therefore her income was somewhere in the middle.

She launched a fashion line with Home Shopping Network in 2014 and the reasonably-priced pieces were well-received by many, it was completely sold out within days of its initial release.

She stepped away from the tiny screen in 2016 and met her fans in person, on stage. Her debut comedy tour was a huge success, with many performances sold out. Nene made a comeback in early 2019 with the Ladies Night Out Comedy Tour. Together with her TV show guestings and appearances and business ventures, she surely fattened up her bank account.

NeNe Leakes has four siblings, and she was brought to live with an aunt and one of her brothers in Athens, Georgia, when she was a child. Her mother Patricia, gave birth to her in Queens, New York. Her three other siblings remained with her mother. Due to their financial difficulties, her mother was unable to care for all five of her children. (2) 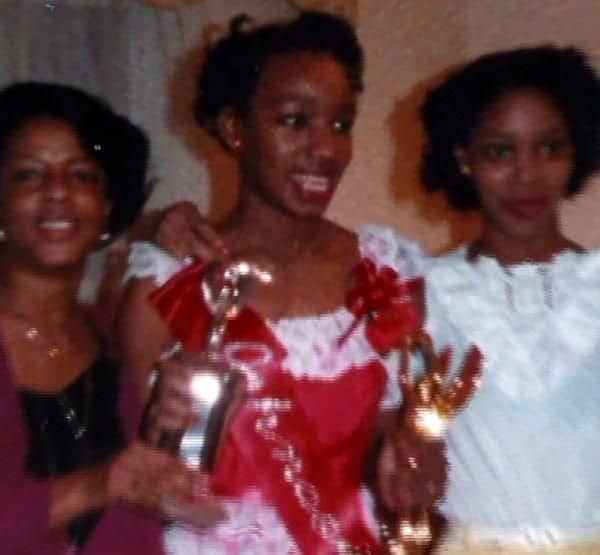 With time, she claims to have discovered that Chris, the man she thought was her father throughout her upbringing, was not her real father. Kendle Kenya Sherman is her half-sister.

Her aunt was thoughtful enough to guarantee that they received the best education available. She enrolled NeNe in Clarke Central High School in Athens, a desegregation of Clarke County Schools, which was a black-only high school, and Burney Harris High School, which was a white-only high school. She decided to continue her formal education at Morris Brown College in Atlanta for two years after graduation before becoming pregnant.

She has 2 sons, Bryson Rashard Bryant, born on December 26, 1989 with ex-boyfriend, Calvin Bryant, and Brentt Ahmad Leakes, born on February 22, 1999 with husband, Gregg Leakes. NeNe Leakes is a grandmother to a 7-year-old girl. (3)

After courting for two years, NeNe married Gregg Leakes, a well-known businessman, in 1997. Brentt Leakes, their son, was born on February 22, 1999.  From a romance in 1989, NeNe has a son named Bryson Rashard Bryant. The name of Bryson’s father, on the other hand, is kept a secret. NeNe and Gregg divorced in 2010, and a divorce lawsuit was filed on April 29, 2010, but it took a long time before the divorce was finalized on September 29, 2011. NeNe and Gregg Leakes reunited in January 2013. They re-engaged and made an official announcement of their engagement, and their wedding planning and ceremony were filmеd by Bravo for a spin-off dubbed I Drеаm оf NеNе: Thе Wеdding. On the 22nd of June 2013, they renewed their marriage vows in Atlanta in a ceremony held at the Intercontinental Buckhеad Hotel.

She then revealed that Gregg was diagnosed with stage 3 colon cancer in June 2018, however he was declared cancer-free in May 2019. She announced in June 2021 that the cancer had returned and that he was recovering in the hospital after surgery. Gregg Leakes died on September 1, 2021, at the age of 66, from colon cancer.

In 2008, Leakes made her debut on “The Real Housewives of Atlanta.” She starred in seven seasons of the show. After the first season, she co-wrote “Never Make The Same Mistake Twice,” an autobiography with author Denene Millner about her life from childhood to that date.

Nene also starred on “The Celebrity Apprentice,” when she walked off the show during the tenth episode of her season. She’d had enough of it and decided not to stay because t here was a lot of controversy and conflict with both her and fellow participant Star Jones throughout that season.

Leakes has been as a guest host on a variety of shows.  She has appeared on “Anderson Live” and “The Talk,” and in 2014, she competed in the 18th season of “Dancing with the Stars.” In the seventh week of the competition, she was teamed with dancer Tony Dovolani, and the two were eliminated.

From April to December 2016, Leakes performed a one-woman comedy tour called “So Nasty, So Rude,” which was called after one of her punchlines.

Not only did she busied herself with being a tv personality, but also with her business ventures. NeNe Leakes Entertainment, a television production firm, was formed by Leakes. Along with True Entertainment, the firm produced Leakes’ spin-off series I Dream of NeNe: The Wedding, which premiered on September 17, 2013.

Leakes revealed in February 2014 that she would be releasing a clothing line later that year. Leakes debuted the Nene Leakes Collection on the Home Shopping Network on July 28, 2014. (HSN).

Leakes stated in March 2016 that she would be traversing the United States in a one-woman comedy tour dubbed “So Nasty, So Rude,” after one of her catchphrases. The tour began in April, and many of the dates were sold out.

In November 2017, Leakes established the first SWAGG Boutique in Duluth, Georgia, which closed in August 2020. SWAGG Boutique was soon expanded to the MGM National Harbor in Maryland and to Miami Beach, both of which are still open and operational.

Leakes announced on Instagram in October 2020 that she would be launching a lounge in Duluth, Georgia. In May 2021, The Linnethia Lounge, named after Leakes’ maiden name, opened. KeKe Wyatt and Tamar Braxton, as well as other performers, have made appearances and played concerts.

NeNe Leakes is one of the original cast members of The Real Housewives of Atlanta. She appeared alongside fellow original cast members DeShawn Snow, Sheree Whitfield, Lisa Wu, and Kim Zolciak. She rose to stardom after appearing on the show. Leakes then revealed in June 2015 that she would not be returning for the eighth season of the popular Bravo show. She did, however, appear in a supporting role later that season. In 2017, she returned to the show for its tenth season. (5)

When Kenya Moore joined the show in season 5, she and Leakes are best friends. Sharing bond over their mutual love for acting and Leakes serving as Moore’s guide into the social circle when she was just starting out. However, tension broke out when Moore declined to attend Leakes’ 2013 wedding since Leakes had invited Walter, her tow truck company owner ex-boyfriend to the event. Walter was on the guest list as a guest of her husband, and his presence should never have any effect on Moore’s decision on whether or not she will attend.

Things only got worse from there on.

Likewise, Porsha Williams stated that her friendship with NeNe Leakes is now over for good. Hinting that she was hurt that Leakes no longer considers her as a friend. It is also noted that Leakes did not attend Williams’ baby shower.

On the other hand, Phaedra Parks who was a past foe of Leakes, has stated in 2019 that they’re starting to rekindle their friendship after Parks reached out to Leakes when the diagnosis of the latter’s husband’s cancer diagnosis broke out. Although they’re not entirely in good terms, both women spoke nicely of each other, as opposed to the string of insults that the housewives throw at each other when feuding.

After Gregg’s death, NeNe Leakes is criticizing her former Real Housewives of Atlanta co-stars for their lack of true support. NeNe believes that her castmates, such as Cynthia Bailey, could have taken a lot more to demonstrate their sympathy after NeNe’s husband died. NeNe was not just critical of Cynthia, but also of the $200 roses she got from the entire cast.

The original cast member left the show in season 7 before going back in 2018 for season 10. NeNe officially confirmed her departure from the show for the second time two years later. However, she said that she’s open to the idea of coming back, hinting that she has some “unfinished business”.