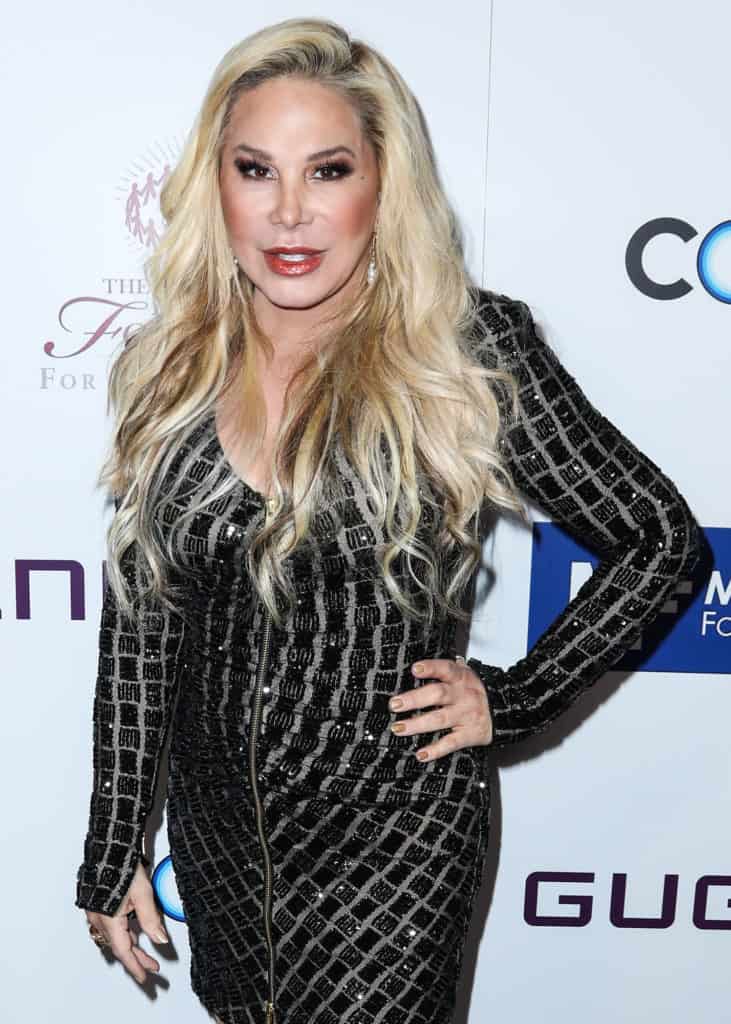 Adrienne Maloof comes from the prominent Maloof Family, best known for their vast business empire. She is an American businesswoman,   television personality, shoe designer. She is the co-owner of the various businesses under Maloof Companies. She was also a former cast member of the hit reality series, The Real Housewives of Beverly Hills.

In 2021, Adrienne Maloof’s net worth is estimated to be a whopping $50 Million. Her surname speaks a lot regarding her wealth. The reality star is the co-owner of the various holdings under the Maloof Companies. These include stakes in the Sacramento Kings (NBA), the Sacramento Monarchs, the Vegas Golden Knights (NHL), and The Palms Casino Resort in Las Vegas, Nevada. The company also includes ownership of the Maloof Productions, Maloof Music, and the retired Maloof Money Cup skateboarding event.

The Real Housewives of Beverly Hills star’s net worth also grew a considerable amount of money during her stay in Bravo TV Cable Network’s reality show. Sources say that Adrienne was actually paid $200 Thousand per season during her stay in the show. (1)

Albuquerque, New Mexico holds a special spot in Adrienne Maloof’s life. It was the place where she created so many memories, having been born and raised in the area. It was September 4, 1961, when Colleen Maloof gave birth to her third child, a daughter they named Adrienne Maloof. 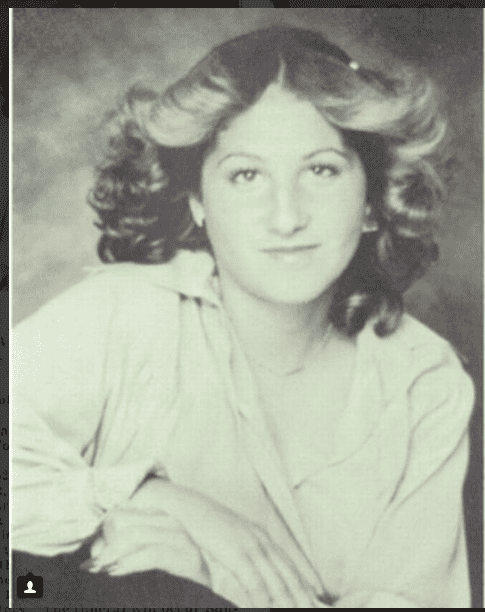 She was the only daughter of Colleen Maloof and her husband, businessman George J. Maloof Sr. Adrienne’s father owns a Coors beer distributorship in Albuquerque, New Mexico. Because of her father’s business, Adrienne Maloof was exposed to the fine things in life. She has four brothers, George J. Maloof Jr., Joe Maloof, Gavin Maloof, and Phil Maloof. (2)

Adrienne Maloof attended the University of New Mexico under a full scholarship as a tennis player. She took up a course in Political Science and was an active member of the Pi Beta Phi sorority during her college days.

Adrienne Maloof was only 20 years old when she met her first husband, Steve Marks Jr. who is a wealthy California developer. Unfortunately, the two divorced barely a year after their wedding.

Adrienne Maloof went on to marry for the second time. Maloof met plastic surgeon Paul Nassif, during a medical meeting, and then the two immediately hit it off.  Paul Nassif specializes in facial plastic surgery, specifically rhinoplasty. The couple got married on May 2, 2002, in a lavish ceremony with over 500 guests at the Beverly Hills Hotel. The couple has three sons together, Gavin Nassif born in 2003, and the twins Collin and Christian Nassif born in 2006. After their marriage, the couple decided to live in Beverly Park, a gated community in Los Angeles.

On July 30, 2012, Paul Nassif filed for legal separation from Maloof, and then on August 28 of the same year, the plastic surgeon went on to file for divorce from the reality tv star. When the divorce was finalized the couple battled in court for the custody of their three children. Nassif filed for joint custody while Maloof filed for primary custody.

Paul Nassif claimed that their marriage was toxic and emotionally draining. He alleges that Adrienne Maloof had an “unpredictable behavior”  and was physically violent. He also claims that she would verbally and physically abuse him in front of their children, some of the things he gets called are “moron”, “dumb”, “idiot”, “stupid”. Adrienne Maloof admits that she used force but she says that all that was were self-defense.

After her divorce, Adrienne dated Sean Stewart, a son of British musician Rod Stewart. However, they broke up and she began dating Jacob Busch, heir to the Anheuser-Busch beer empire. Jacob is 28 years her junior and the two of them met during a charity gala in Beverly Hills. The couple would split in 2015 but then would rekindle their love in 2017 and then split again in 2019. (3)

After her college studies, she started working in family’s company in the marketing and promotion department of their liquor and wine business. Her job in the company eventually grew and so does the scope of her job. For 20 years, she had control of the whole Maloof Companies’ marketing operations.

She eventually got hired by Bravo to be a part of the original cast of The Real Housewives of Beverly Hills. She then went on to become a shoe designer. In December of 2011, she released her first shoe collection, the Adrienne Maloof by Charles Jourdan. The shoes can be seen on Amazon and Ebay. (4)

Adrienne Maloof joined the cast of The Real Housewives of Beverly Hills in 2010. She was part of the main cast, together with Kyle Richards, Lisa Vanderpump, Taylor Armstrong, Camille Grammer, and Kim Richards.

During her season of The Real Housewives of Beverly Hills, Adrienne Maloof wasn’t really involved in much drama. It was in season 2, that she got herself into a little drama with her husband, Paul Nassif. During dinner, the two got into an argument over petty things such as pooping the wine, giving a toast, and the placement of the napkins. The argument of the two has made the other housewives frown their faces at them. In this season, she also got into a little bit of drama with Lisa Vanderpump.

Adrienne Maloof would only last for three seasons in the show. During her last season, the ongoing drama left during season 2 between her and Lisa Vaderpump continued on. Their feud even resulted in Lisa making Adrienne feel like the odd one out by inviting the other wives to certain events, parties, and dinners but not inviting Maloof. In this season, she also got into tension with Brandi Glanville who kept on commenting on their lives as if she knew everything, Brandi Glanville even shared secret information regarding Adrienne and her husband’s lives. Paul Nassif and Adrienne Maloof ended up telling Brandi that they would sue her. Adrienne Maloof didn’t attend this season’s reunion and host, Andy Cohen told the viewers that her not attending was her last on the show. (5)