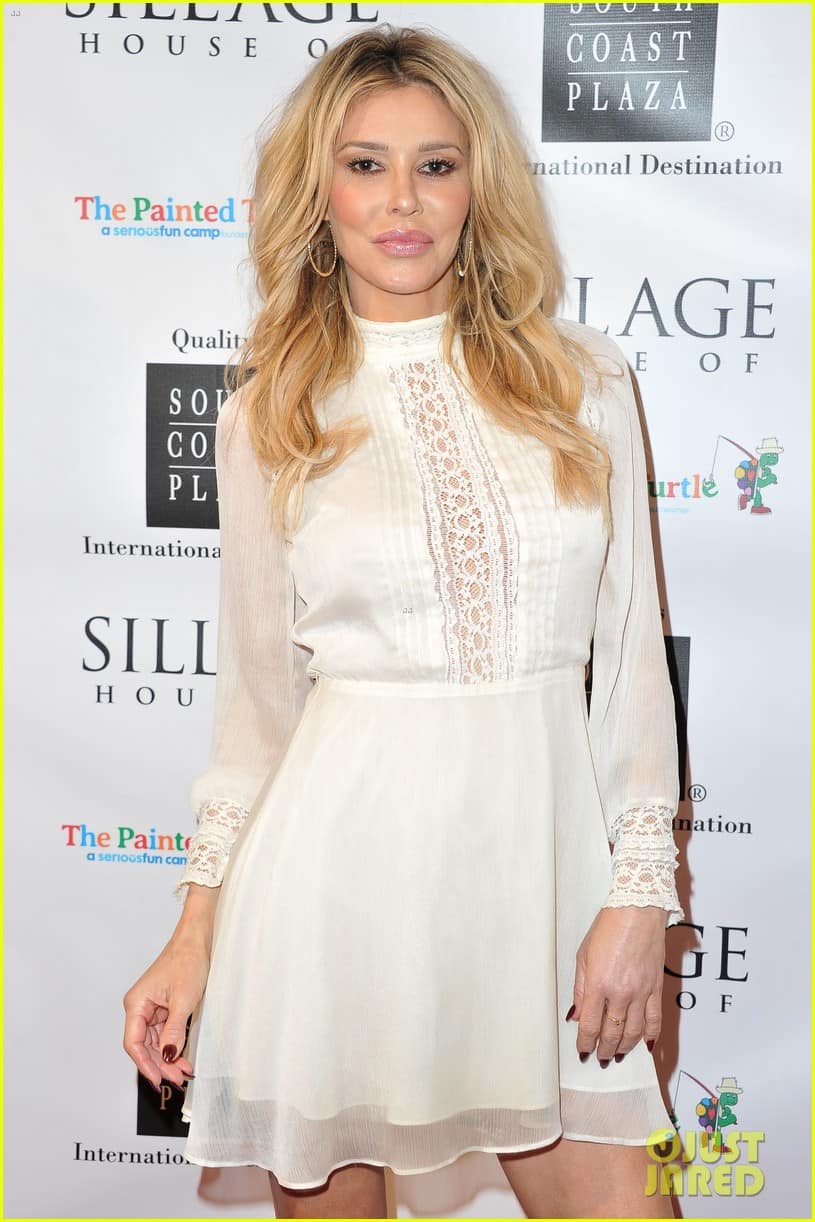 Brandi Glanville has an estimated net worth of around $5 Million. Her main source of income is her salary from Bravo’s The Real Housewives of Beverly Hills where she is reported to be earning around $175,000 per season.

The reality star’s net worth is also increasing due to the various collaborations she has with brands like Hand MD Skincare, Lifeline Skin Care Products, FabFitFun subscription box, Teami Blends teas and Singles Swag subscription box. She also has a podcast show named Brandi Glanville Unfiltered. In 2015, she also released a wine called Unfiltered Blonde. It was a partnership with Rippey Wine Company. (1)

Brandi Glanville was born on November 16, 1972, and is currently 49 years old. She was born in Salinas, California but was raised in Sacramento, California. She is the middle child of Judith Swinehart and Guy Glanville. During her time on Celebrity Big Brother, Brandi revealed that she was raised by a father who grew marijuana as a business. She also said that her dad was working three jobs in order to support their family, such as working in a grocery store and gas station. Her mother on the other hand worked as a housekeeper. (2) 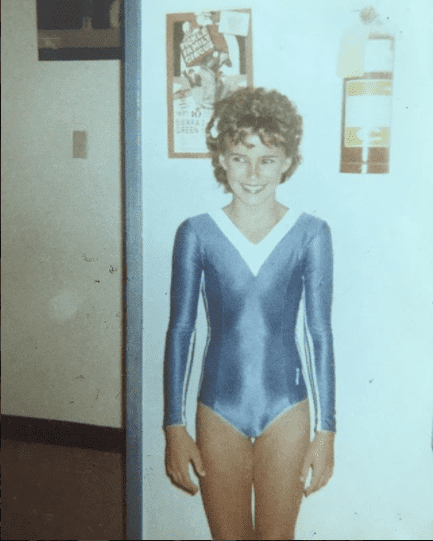 As of the moment, Brandi Glanville is in a relationship with Jordan Davies. The couple met sometime in 2017.

It was the early 90’s. Brandi Glanville had just returned back to the United States after six years of working as a model overseas when she went to a club and met her future husband, Eddie Cibrian. After a few years after their first encounter, Eddie finally proposed to Brandi on New Year’s Eve in 1999 with a three-carat diamond ring.

The two would wed 2 years after their engagement. The couple wedded in 2001 while surrounded by 200 of their friends and family at the beachfront of the Ritz-Carlton in Laguna Niguel, California. In 2003, they welcomed their eldest son, Mason Cibrian, and in 2007, their second son, Jake Cibrian was born.

The couple was living a happy married life in Los Angeles, California until 2009 when reports about Eddie’s affair with different women surfaced. One of the most popular affairs that he had was with country singer LeAnn Rimes. The two met after working together in the movie Northern Lights. The public affair angered Brandi Glanville which resulted in her prolonging the divorce proceedings. Brandi and Eddie finalized their divorce on September 23, 2010.

Now, eleven years after the divorce, Brandi, Eddie, and LeAnn are on better terms. The trio even celebrated Mother’s Day and Christmas together, along with Mason and Jake.  (3)

Before becoming a big television personality, Brandi Glanville was a model. She was only 16 years old when her modeling career started. When she was 16, Brandi left the United States to move to Paris, France for her modeling career. Her talent management was the Elite Model Management. Because she was an international model, she worked in various parts of the world such as Hamburg, Munich, Los Angeles, New York, and Tokyo. As a model, she walked in various runway shows in Paris, and she has also appeared in various magazines such as Glamour, Cosmopolitan, NW, and Beverly Hills Lifestyle Magazine.

In 2013, she co-hosted an episode of CNN with Anderson Cooper in his talk show Anderson. In February of the same year, she worked as a fashion correspondent and hosted the Academy Awards for ABC’s On the Red Carpet. It was also in this year that she appeared in one of the episodes of The CW’s teen drama series 90210 and in Lifetime’s television film Missing at 17. In 2014, she portrayed Housewife Veronica in the comedy film The Hungover Games, and in 2016 she was Tech Whitley in Syfy’s disaster television film Sharknado: The 4th Awakens.

Brandi Glanville is also an author. In February 2013, she, together with Leslie Bruce released a book called Drinking and Tweeting: And other Brandi Blunders, which became a #1 New York Times Bestseller. It was such a hit that they had to publish book 2 called Drinking and Dating: P.S. Social Media Is Ruining Romance.

Today, Brandi Glanville can be seen in The Real Housewives Ultimate Girls Trip, and she also appeared in an episode of Remember when Cocoa was a Housewife?

She also runs a podcast called The Brandi Glanville Unfiltered, where she is the host.  (4)

Brandi Glanville finally became a part of the main cast of The Real Housewives of Beverly Hills in season 3 in 2013. Before becoming part of the cast she was only a part of “Friends of the Housewives” where was said to be earning $18,000 per season.

On her first appearance in season 2 as a Friend of the Housewives, Brandi Glanville became the center of the gossip of the housewives because of her alleged past with Lisa Vanderpump’s guest Cedric. Because of this, she has said bold statements that left Kyle Richards and Dana Wilkey shocked. Brandi Glanville also enraged Kyle and Kim Richards, and the three of them gets into an explosive argument while throwing accusations around. Brandi also gets into a physical altercation with Kyle Richards during her house party in Malibu.

In season 3, while at Lisa Vanderpump’s food tasting event Brandi Glanville shared some of Adrienne Maloof’s secrets. This gesture causes Maloof and her husband Paul Nassif to be enraged which resulted in a lot of yelling. While at a Morocco-themed restaurant Maloof and Nassif revealed that they are going to sue Glanville because of the things she said. In this season, Glanville bumps into her husband’s former mistress, Scheana Shay.

In season 4, Brandi Glanville has once again put herself into Kyle Richards’ bad side after she brings up the topic of Kyle’s husband’s cheating scandal. This resulted in an argument between the both of them. In this season, Kyle and Glanville started to bond over the way they felt about their friend Lisa Vanderpump. It was also in this season that Brandi drops a bombshell that she and Carlton Gebbia had kissed. Gebbia wasn’t too happy about the revelation.

In season 5, Brandi Glanville gets into drama with Eileen Davidson and Lisa Rinna. Davidson opened up about her marriage and had said something that offended Glanville which caused the latter to throw wine over her face. Glanville’s action prompted Davidson and Rinna to talk about her behind her back. Brandi Glanville is very much known for making rude comments that eventually result in her getting into trouble with the other housewives, this season is no different. In this season she’s got beef with almost all of the housewives but the most notable is the one involving sisters Kim and Kyle Richards. Brandi tried to make the two sisters fight each other. Glanville even got into a heated argument with Kyle Richards where she threatened to knock Kyle’s teeth out and even said something hurtful like, her husband doesn’t even want her.

In season 6, Glanville departed the show.

In season 10, Brandi Glanville made a guest appearance in the show. She took with her a very juicy allegation that caused the other housewives to be taken aback. Brandi Glanville revealed that she and co-star Denise Richards had an affair. This was quickly denied by Denise when asked by Andy Cohen about it. (5)