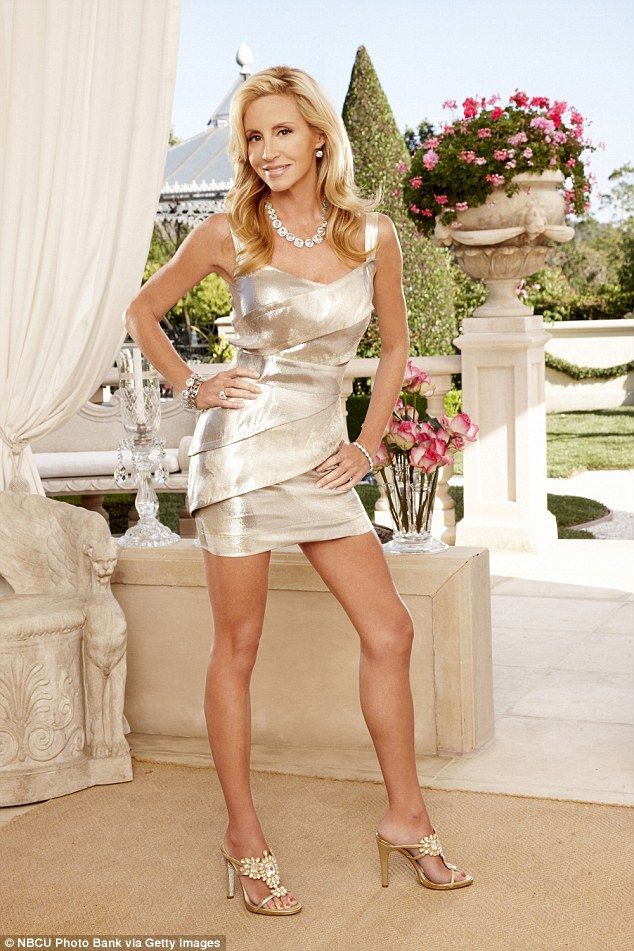 Camille Meyer is an American television personality, dancer, model, producer, writer, and actress best known for starring in the hit The Real Housewives of Beverly Hill.

In 2021, Camille Meyer is estimated to be worth a whopping $50 Million.  The RHOBH star’s huge net worth is because of the company she shares with her ex-husband, actor Kelsey Grammer. Camille Meyer owns half of Grammnet Productions, where she works as a creator, writer, and executive producer.

Grammnet Productions has produced a number of TV shows from the late 90s through 2021. Some of the shows that they produced include Fraiser, The Game, Medium, Girlfriends, Boss, Light as a Feather, and many more. (1)

Camille Donatacci was born in Newport Beach, California but she grew up in Cedar Grove, New Jersey. Camille grew up in a typical middle-class family with a Dad who works as a financial adviser who works in New York City. Her birthday is on September 2, 1968, and is currently 53 years old.   (2) 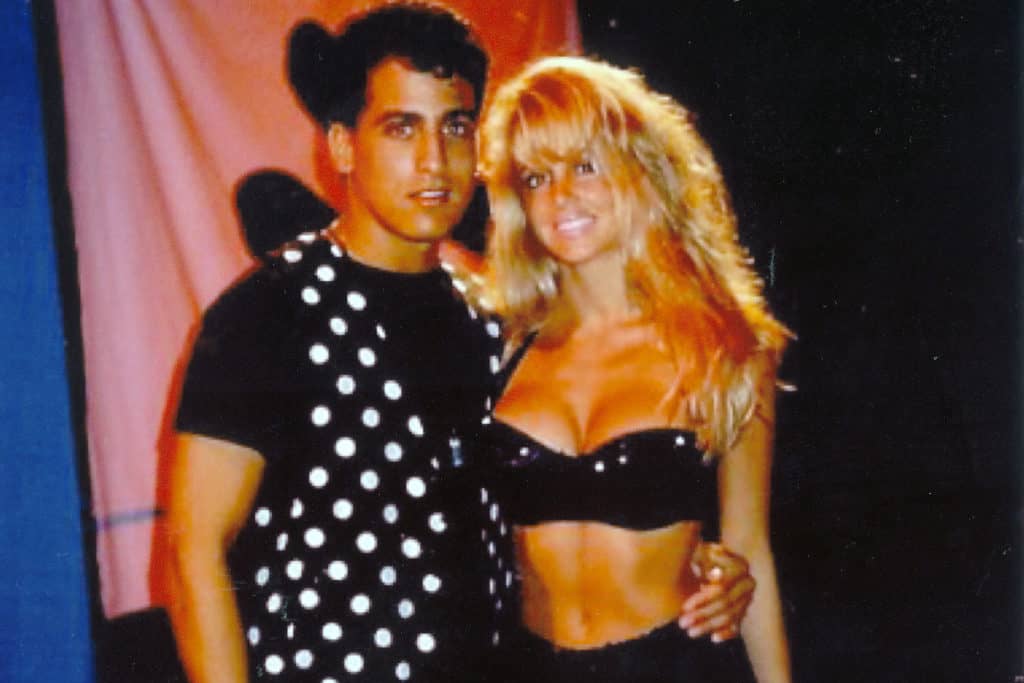 She has a brother named Joseph Donatacci.

Camille Meyer met her first husband,, actor Kelsey Grammer in 1996 after they were set up in a blind date. The two of them immediately hit it off and by 1997, they got married. The couple moved in a lavish Malibu mansion after their wedding. While living in the home, they welcomed their two children, eldest Mason Olivia and the second child, Jude Gordon.

The couple’s picture-perfect marriage is only a facade, this is according to Kelsey Grammer. The actor claimed that early on in their marriage, Camille would immediately bring problems to their marriage. The problems became so unbearable that the two of them ended up divorcing in 2010. Camille filed for divorce in July 2010, seeking primary physical custody of both their children, in addition to child support and alimony. The divorce was finalized on February 10, 2011. In contrary to what Kelsey Grammer claims, Camille says that Kelsey was the problem. She even cites verbal and physical abuse as the reason for their divorce.

After her divorce from Kelsey Grammer, Camille started dating fitness trainer and lawyer Dimitri Charalambopoulos. However, on October 29, 2013, Camille filed a domestic violence protective order against Charalambopoulos. Camille Grammer claims that he assaulted her two days after her radical hysterectomy for endometrial cancer.

In 2018, Camille Grammer officially changed her name into Camille Meyer when she got married to attorney David C. Meyer in a wedding ceremony in Hawaii on October 20, 2018. (3)

She also had small roles in mainstream films like Private Parts and Deconstructing Harry. Camille Meyer also owns half of her ex-husband’s company, Grammnet Productions, which produced a number of television shows. Camille works as a creator, writer, and executive producer of the company.

Camille Meyers became a part of the hit The Real Housewives of Beverly Hills but left in the third season of the show. Since then, she has been a guest of the show. Today, Camille works as a co-host in events such as Showbiz Tonight special on CNN live from the Academy Awards in Los Angeles and presented at the 2011 NHL Awards in Las Vegas. (4)

Camille Meyer joined The Real Housewives of Beverly Hills in season 1 in 2010 as Camille Grammer. She was part of the original cast but she left due to personal reasons. However, she guested in the succeeding episodes of the show.

During the RHOBH season 1, Camille Meyers finds herself in conflict with Kyle Richards. The two of them got in a little bit of drama during their Las Vegas trip with the girls. In this season, Camille’s then-husband Kelsey Grammer got a Tony Award nomination, so Camille bought a lot of expensive dresses to celebrate. Camille also shares that her husband wants to move to New York City despite having a career in Los Angeles, this made a huge crack in their relationship. In this season, Kelsey Grammer reveals his plans to divorce Camille.

RHOBH season was a whole different season for Camille Meyers, she was now a single woman with two beautiful children. In this season, she got into a drama with Taylor Armstrong after she reveals the latter’s marital secrets. Her actions caused Armstrong to have a breakdown, she couldn’t handle it anymore because of the overwhelming events that followed her husband’s suicide.

Season 3 was Camille’s last season as a recurring cast member. This season she got into a feud with Lisa Vanderpump after she questions Lisa’s ownership of a certain restaurant. She claims that the latter doesn’t her restaurant.  (5)