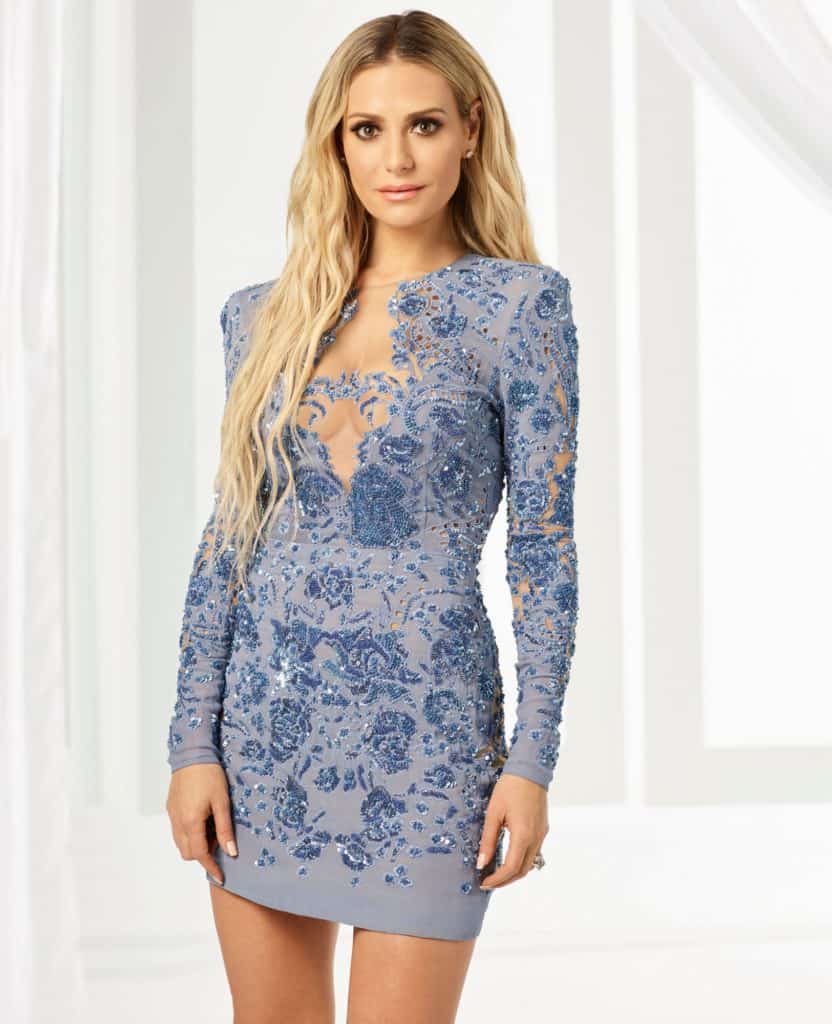 Dorit Kemsley is an American fashion designer, actress, and television personality known for her appearance in the hit Bravo reality show, The Real Housewives of Beverly Hills.

In 2021, Dorit Kemsley and her husband Paul Kemsley have a combined net worth of $50 Million. A huge part of her massive net worth comes from her salary at the Real Housewives of Beverly Hills reality tv show. It is reported that Dorit Kemsley currently makes around $100,000 per season. (1)

Since it is a combined net worth of her and her husband, she also has to give credit to Paul for the massive cash. Paul Kemsley is a talent manager for many major celebrities such as Boy George. Another reason for their large net worth is the reality star’s business ventures. Dorit Kemsley owns Beverly Beach by Dorit. 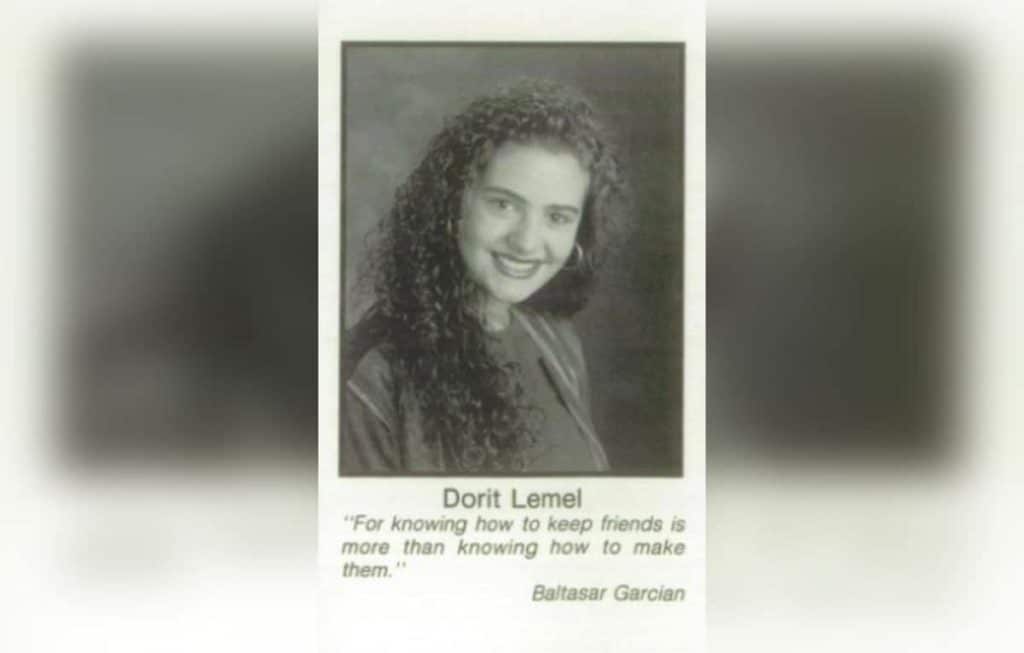 Dorit has two siblings. She has a brother named David Lemel and a younger sister named Debbie Lemel. Debbie looks like the brunette version of Dorit.

Dorit Kemsley attended Quinnipiac University where she took up a degree in Marketing, Design, and Communication.

Dorit Kemsley is married to Paul Kemsley. The couple got married in a romantic New York wedding ceremony that took place in March 2015. They wed at Rockefeller Center’s Rainbow Room on March 7. Their wedding was Great Gatsby-inspired since both of them were fond of the 20’s.

The reality star Dorit Kemsley met her entrepreneur husband in New York City. The couple welcomed their son, Jagger (7), in 2014, and their daughter, Phoenix(5) in 2016.

PK Kemsley already had two children from his previous relationship.

Her husband, Paul Zeital Kemsley, is a well-known English businessman. He is a property developer, former Vice-Chairman of Premier League football club Tottenham Hotspur, and Chairman of New York Cosmos. He is also a talent manager of various celebrities and athletes. As a couple, they run their management company, Nixxi Entertainment.

In October 2021, the couple made headlines after their home in Encino, Los Angeles, California was burglarized. The thieves were said to have been able to steal $1 Million worth of valued possessions. It was also said the reality star was held at gunpoint by three male burglars. She allegedly begged the men, “Don’t hurt my babies. Don’t kill me. I’m a mother.” (3)

She was only 19 years old when she decided to move to the Big Apple to pursue her dreams. Before becoming a popular television personality, Dorit Kemsley was a fashion designer. She started her career in the fashion industry as a designer for a global swimwear company for more than ten years in Italy. After gaining experience, she went back to the States and started her own company. It was 2009 when she started her own company, Dorit. The company specialized in swimwear and Italian resort wear in New York.

Dorit Kemsley also acts. In 2021, she guested in HBO Max’s The Prince and in 2013 in Have You Been Paying Attention?

Today, Dorit Kemsley owns Beverly Beach by Dorit and is one of the stars of The Real Housewives of Beverly Hills.   (4)

Dorit Kemsley joined The Real Housewives of Beverly Hills in season 7 in 2016. She was a replacement for Yolanda Foster.

During her first season, Dorit Kemsley was involved in a drama with Erika Jayne and Kyle Richards after she said that Erika Jayne still had unresolved feelings over the fact that Dorit had complaints about Erika’s White Party outfit. Dorit was confronted by the other housewives and she starts to deny the accusations and even tried to pin it to Kyle Richards but the others were not buying it.

In season 8, Dorit invites Teddi Mellencamp to dinner to show off her new Hermes dish set and she warns Teddi that Lipsa was “Schizophrenic” and therefore cannot be trusted.  Dorit would eventually come an hour early but when she was confronted of her tardiness she gets upset and denies the accusations. She fires back at Teddi calling her a bunch of nasty words. Dorit Kemsley would then spread nasty about Teddi Mellencamp and Kyle Richards to get back at them and once confronted, Dorit once more, denied all of it.

During season 9, Dorit Kemsley was involved in a controversy after she adopts a dog named Lucy Lucy Apple Juice from fellow RHOBH star Lisa Vanderpump‘s foundation, Vanderpump Dogs. Kemsley rehomes the dog after it allegedly attacked her family. However, the new owner wasn’t able to take care of the puppy and eventually took it to a kill shelter. The news was leaked to Radar Online and many of the housewives believed that it was Lisa Vanderpump who leaked the story. However, Teddi Mellencamp Arroyave was able to find two employees of Vanderpump Dogs who were behind the scheme to embarrass Kemsley.

Season 10’s drama revolved around Kyle Richards. In the season’s trailer, Kyle would be seen shouting, “You never stop talking!” to Dorit over dinner. She also gets into a fight with Teddi Mellencamp whom she calls a ‘judgy pregnant woman’.