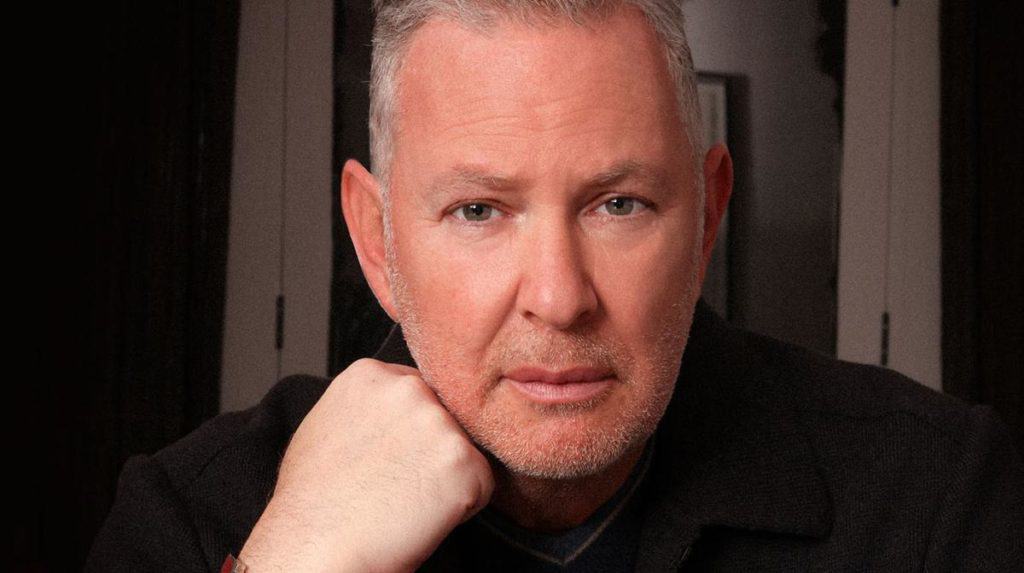 Paul Kemsley is a British businessman. He is best known as a property developer and for his marriage to Real Housewives of Beverly Hills star, Dorit Kemsley. PK Kemsley is also known as the former Vice-Chairman of Premier League football club Tottenham Hotspur and New York Cosmos.

In 2021, Dorit and Paul Kemsley made headlines after their Beverly Hills mansion was burglarized. The Real Housewives of Beverly Hills star was robbed of $100,000 in purses and jewelry. Because of this, many are curious about how much are the couple worth.

PK Kemsley is currently has a net worth of $60 Million dollars. This real estate developer turned talent manager has made a transition from his previous job into his current one, hence, his huge net worth.

Paul Zeital Kemsley was born on August 17, 1967, 11 miles northwest of Charing Cross in Stanmore, Middlesex, England.  His childhood was very far from the glitz and glam that he is experiencing now, it was in fact hard. Paul Kemsley had to work at the young age of 15, and he had to do work and school at the same time because he needed to support his family financially. 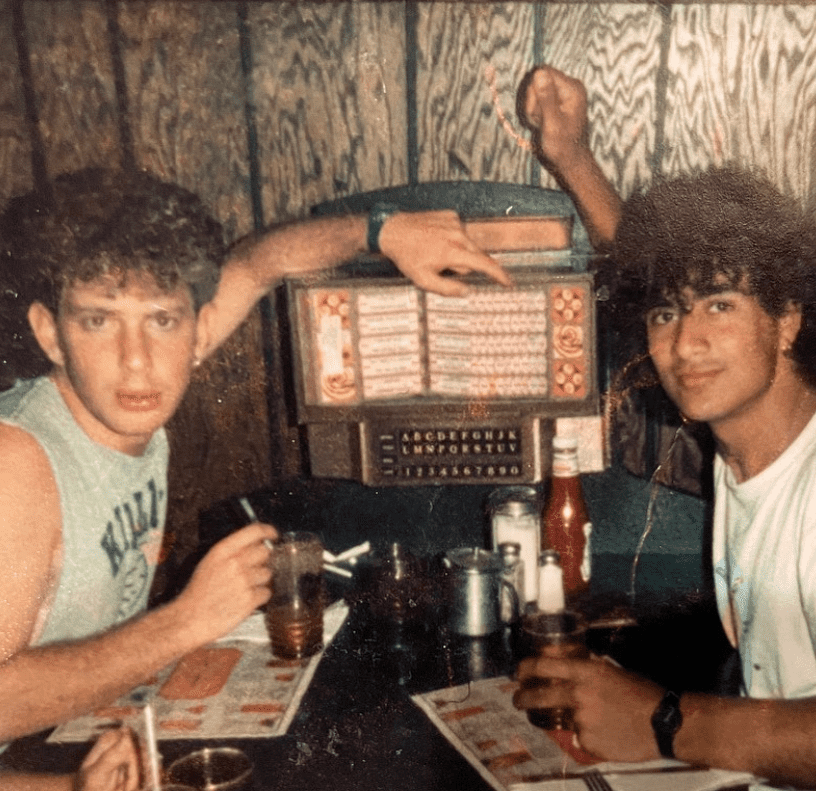 Paul Kemsley obtained his high school diploma from the Atholl School in Rayner’s Lane. He decided not to enroll himself in college and just opted to work instead in order to be able to support his family.

Paul Kemsley is currently happily married to Real Housewives of Beverly Hills star Dorit Kemsley. The couple met in 2011 at a local restaurant in New York City, and the relationship has quickly blossomed into something deeper. In one of her interviews, Dorit Kemsley revealed that they didn’t go out on a date immediately after meeting each other, it was actually months after that they went on their first official date.

Their first date happened in New York City. Paul Kemsley took her to see Jersey Boys because she told him that he still hasn’t seen it. PK Kemsley agreed to take her despite the fact that he had already seen it 7 times before.  After their whirlwind romance, the couple got married at Rockefeller Center’s Rainbow Room in New York City in March of 2015.

Before tying the knot in 2015, the couple had already welcomed their eldest child together, Jagger who is currently six years old. In 2016, two years after their son Jagger was born, Dorit and PK Kemsley welcomed their daughter Phoenix into the world.

Many people know who Paul Kemsley’s wife is. However, in contrast to popular belief, Dorit Kemsley was not his first wife. The honor actually goes to Loretta Gold from Portsmouth in England.

The former couple was blessed with three children. Eldest Daniel Kemsley is in his 20s, middle child Atlanta Kemsley is 22 years old, and youngest Tatum Kemsley is 20 years old.  His daughter, Atlanta is a make-up artist who studied at the Make-up Designory. All of his children get along well with his current wife, Dorit Kemsley.

Paul Kemsley is one of those few people who became successful despite the lack of a college degree. He started working at the age of 15. His work was during Saturdays at John Paul Menswear. This job has lead him to meet the owner of the Sports World equipment outlet, Mike Ashley who happened to be just across the road from his current job.

PK Kemsley eventually left school at the age of 17 in 1984. He began working as a junior surveyor. Afterwards he worked as an agent at a commercial real estate firm named Rose Jaye, he kept this job from 1985 to 1992. He eventually left the job in 1992 and during the same year, he decided to work with Mike Ashley at Sports Direct.

PK Kemsley chose to create his own company three years after working with his old colleague Mike Ashley. His first business venture was a property and securities firm, which he founded in 1995 with the remaining 1,800 pounds in his pocket. Rock Joint Ventures Ltd was the company’s name. Joe Lewis of the ENIC Group, a British investment company, and Spurs chairman Daniel Levy were his business partners.

Rock Joint Ventures is a business and residential property investor and developer. Their area of expertise, however, was land trading. The company also had a private hedge fund that specialized in acquiring strategic holdings in public companies, the most well-known of which was their 28 percent investment in Countryside Properties, which they sold to the chairman for a profit of 12 million pounds in 2004.

Rock Joint Ventures became a successful company and by 2007, its property portfolio was valued at 750 million pounds. However, despite the company’s success Joe Lewis left the company. It then formed a joint venture with HBOS to develop a £1 billion real estate portfolio. In the aftermath of the financial crisis of 2007–2010, Rock was placed into administration in June 2009, effectively ending Kemsley’s involvement. In October 2009, the administrator PwC began selling the portfolio’s major properties, including the Selhurst Park stadium. HBOS lost hundreds of millions of pounds, and Peter Cummings, the banker who had promoted the joint investments in Kemsley’s portfolio, was fined £500,000 by the FSA in 2012.

During his property development career,  he was well known as an aggressive player in the property business. In May 2006, Kemsley bought 27–35 Poultry, an office complex in the City of London, for £40 million, making him one of the most successful property investors in the world. He subsequently sold it for £72 million to a former Russian government minister in just five months. He has also made successful investments in Party Gaming, Chinese-licensed Betex, and AIM-quoted FUN Technologies, among others.

From 2001 to 2006, Kemsley was a director of Spurs, and at the time of his resignation in 2007, he was Vice-Chairman of the club. Kemsley resigned just weeks after being part of a delegation that traveled to Spain in an attempt to sign manager Juande Ramos, a move that was characterized as “mishandled” and “undermined the club’s start to the Premier League season”.

On the recommendation of his friend and associate Jeffrey Akiki, Kemsley led the revival of the New York Cosmos soccer team in 2010. He served as the public face of the majority ownership group, which remained unknown but was said to be Saudi Arabian. He signed a merchandising deal with sportswear manufacturer Umbro and stated that the club’s goal was to join Major League Soccer. In January 2011, Kemsley appointed former Manchester United player Eric Cantona as Director of Soccer, despite the club later claiming in court that Cantona was never intended to be more than a promotional figurehead. In October of 2011, Kemsley left the club as the New York Knicks head coach. According to the New York Post, Kemsley left the club in October 2011 because the proprietors were “apparently bored of the flamboyant Brit, who was long on glitter but short on substance.”

In March 2012, Kemsley filed for bankruptcy, claiming $34k in monthly expenses and personal debts ranging from $10 million to $50 million, with creditors including Spreadex, HMRC, HBOS, and Joe Lewis. However, Barclays Bank continued legal action in the United States over a £5 million loan to him. Judge Peck refused the motion, calling Kemsley “a bankrupt who doesn’t live like one.” Two months later, in state court, Peck denied Barclay’s claim, stating the bank had effectively mousetrapped itself by extending the loan to Kemsley.

PK Kemsley real estate development days were long over. Today, he owns the Nixxi Entertainment,  a talent management company that handles big names such as Pele and Boy George.