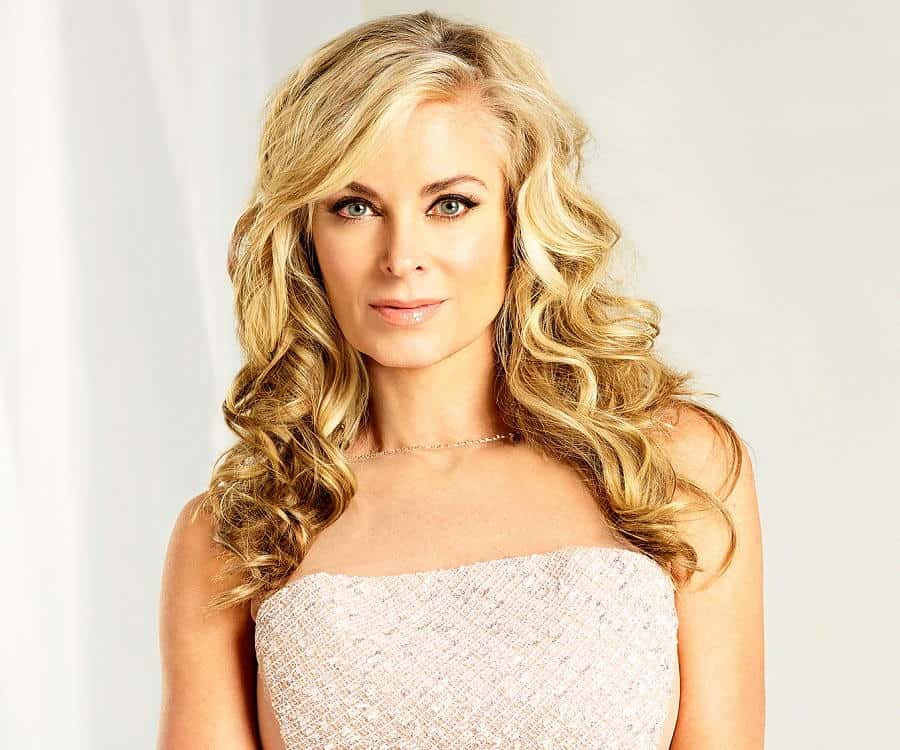 Eileen Davidson is an American actress, published author, reality tv star, and former model. She is best known for her appearance in the reality show The Real Housewives of Beverly Hills and for roles in soap operas like NBC’s Days of Our Lives, CBS’s The Young and the Restless, and The Bold and the Beautiful.

She has won a Daytime Emmy Award for “Outstanding Lead Actress in a Drama Series,” for her role in Days of Our Lives and The Young and The Restless.

Despite being a famous actress, Eileen Davidsons’s 2021 net worth is estimated to be around $3 Million. This amount is relatively smaller compared to her co-stars net worth in The Real Housewives of Beverly Hills. (1)

Her impressive net worth can is due to her job as an actress, reality tv star, and published author.

The reality tv star was born to Charlotte Davidson, a homemaker, and Richard Davidson, an airplane part manufacturer. She was born Eileen Marie Davidson on June 15, 1959, in Artesia, California making her 59 years old now. 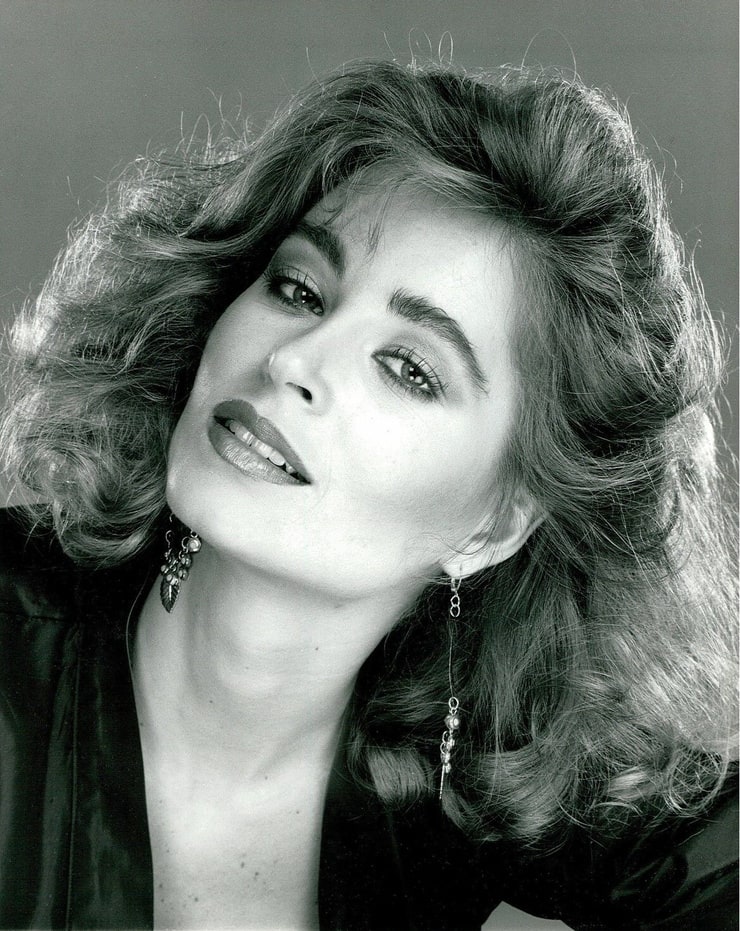 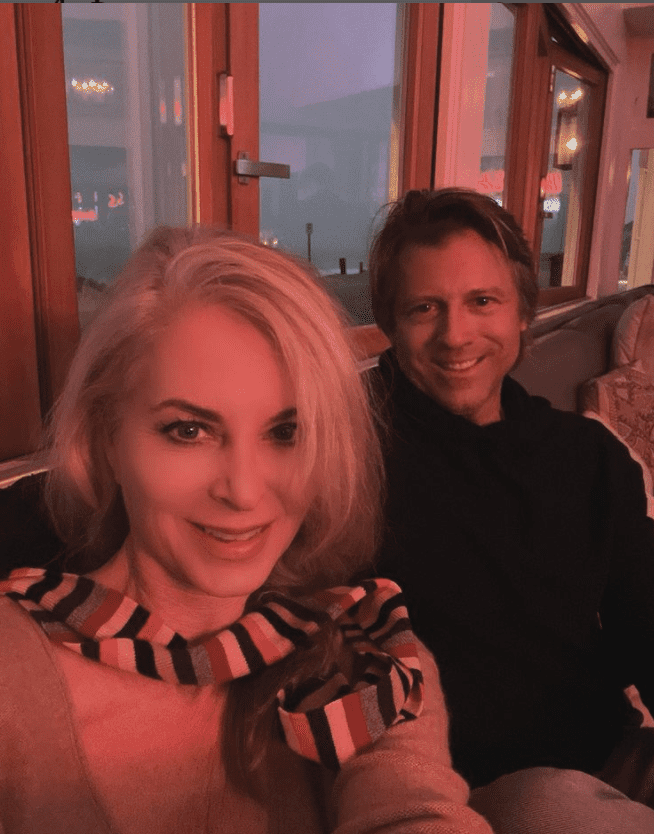 The phrase third time’s a charm must be the perfect way to describe Eileen Davidson’s marriages. The reality star was married three times before having a stable marriage with her current husband, Vincent van Patten.

Eileen Davidson’s first husband was fellow actor, Christopher “Chip” Mayer. They tied the knot in 1985 but separated after only three months of marriage. The couple wasn’t officially divorced until a year after their separation. Eileen Davidson and Christopher Mayer both filed restraining orders against each other after their very messy separation and the court had to order the couple to stay away from each other. In 2016, during an episode in The Real Housewives of Beverly Hills, the court documents of their divorce were obtained and Eileen Davidson admitted that she was a victim of domestic abuse. However, she never confirmed nor denied if Christopher Mayer was her abuser or not.

The second man, Eileen Davidson fell in love with is another fellow actor, Jon Lindstrom. The couple met through a mutual friend back in the 90s. They decided to date but after their first date, Eileen saw no future with him. After four months of not communicating with each other, the pair saw each other during a fundraiser for inner-city youth. To make the long story short, the couple got into an argument in 1996 which ended up in both of them saying “I love you” to each other. A year after that, they said their I dos in front of 70 guests. Jon Lindstrom and Eileen Davidson’s marriage faced its downfall in 2000 after Lindstrom filed for divorce. It was a very controversial breakup since after the filing, Eileen was seen boarding a flight to Las Vegas with her then co-star from The Young and the Restless, Vincent Van Patten who at that time was also married. When they returned from their Las Vegas trip, Vincent van Patten also filed for divorce.

The reason for Jon Lindstrom and Eileen Davidson’s divorce became clear when she got married to Vincent Van Patten in 2003. The couple met on the set of The Young and the Restless in 2000. He had a small role in the series playing the boyfriend of her character, Ashley Abbot. During this time, the couple was still married to their respective spouses, Eileen to Jon Lindstrom and Vince Van Patten to Betsy Russell. However, despite these, the couple insisted that they were only friends during the filming of the show but they eventually fell in love. During an episode of RHOBH, Eileen claimed that they never cheated on their respective spouses. The couple has one child together, Jesse Thomas Van Patten. (3) Eileen Davidson started as a model in Mexico City and California before landing a role in a soap opera. Eileen Davidson was the original Ashley Abbott on The Young and the Restless. She held the character until December of 1988. She was replaced by Brenda Epperson whom she recommended to the producers of the tv show.

In the 1980s, Eileen Davidson was part of several movies such as the slasher film, The House on Sorority Row, and Easy Wills. She’s also appeared in primetime television through Broken Badges. In 1991 she assumed the role of Kelly Capwell in Santa Barbara. Following that, she appeared as Kristen Blake in Days of Our Lives. She came back on the show, The Young and the Restless in March of 1999 but she was fired from the tv show in 2006 due to a lack of storyline. The Young and the Restless’ sister tv show, The Bold and the Beautiful then hired her and she played the character Ashley Abbott once again.

Eileen Davidson became a published author in 2008 when she co-wrote her first novel with Robert J. Randisi. It was a mystery set in the soap opera world whose title was Death in Daytime. The book was well-loved that she ended up writing 3 more sequels, Dial Emmy for Murder, Diva Las Vegas, and Swinging in the Rain.

The reality star got nominated for a Daytime Emmy three times, and just like her love life, third time’s a charm was also the best way to describe it. She finally won the award on June 22, 2014, ass Outstanding Lead Actress for Days of Our Lives. (4)

Eileen Davidson joined the cast of The Real Housewives of Beverly Hill in season 5 in 2015.

Eileen Davidson’s first season on RHOBH was marked with a drama involving Brandi Glanville. During dinner with her co-stars Lisa Rinna, Yolanda Hadid, and Brandi Glanville, the drunk Glanville threw wine on her face, after she refused t play her infamous character. In this season, she also got into an argument with Kim Richards during their trip to Amsterdam.

In season 6, she got into a drama with Lisa Vanderpumpp. The latter had offended Davidson because of her questions about her marriage which seemingly insinuate that Eileen Davidson cheated on her second husband with her current husband, Vince Van Patten. The tension between them cooled off during their trip to Dubai where Vanderpump apologized to her while at Burj Khalifa.

In season 7, she announced her departure from the show after 3 years. (5)