Kathryn Edwards is a former model, socialite, and reality star. She was a former cast member of the hit tv show The Real Housewives of Beverly Hills. Prior to her casting to the tv show, she was just known for being the ex-wife of NFL legend, Marcus Allen and their connection to O.J. Simpson.

Back in 2021, Kathryn Edwards had a net worth of  $8 Million. This net worth is estimated by combining the net worth of her husband, former NFL player Donnie Edwards whom she married in 2002. (1)

Several sources that her individual net worth is only about $2 Million. A majority of her money could be traced back to her modeling stints many years back. Her brief time on The Real Housewives of Beverly Hills also earned her $500,000 in salary, which is a great contributing factor.

Kathryn Edwards was a native of Wisconsin on October 16, 1964. Her maiden name was Kathryn Eickstaedt, there is not much information regarding her early life before venturing into the blinding Hollywood lights that she is now enjoying. (2) 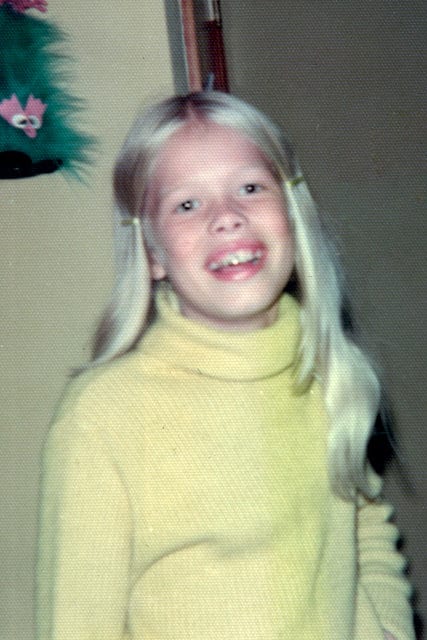 Kathryn Edwards is very private and doesn’t really share much about her life. Her Instagram account, katedwards8, is even private. Nevertheless, she still has a substantial following of 34.2k as of writing. According to her profile in BravoTV, she has a brother and two sisters.

Kathryn Edwards doesn’t have much personal information written about her. However, in her BravoTV profile, it was mentioned that she was a high school graduate. It wasn’t clearly stated if she went on to pursue a college degree.

It was stated there that after graduating from college she was offered a modeling job which required her to travel a lot. It is most probable that she may not have a college degree because of this, but that doesn’t make her less of a person.

Kathryn Edwards was married twice to two National Football League (NFL) players. Her first husband was  Marcus  Allen, a former American football running back and analyst who played in the NFL for 16 seasons, primarily with the Los Angeles Raiders.

The couple wed in OJ Simpson’s house in Brentwood, California back in 1993. They exchanged their vows under two huge trees in OJ Simpson’s backyard, this is according to Marcus Allen’s autobiography.

Eight years after their wedding, they called for a divorce. Despite getting divorced Kathryn is still firm with her belief that Marcus was not having an affair with Nicole Brown Simpson. The couple’s breakup might have also been because of OJ Simpson’s highly publicized trials that caused also brought the spotlight to them because of their connection to the Simpsons.

It seems like, Kathryn Edwards is a magnet of NFL players because, in 2003, she married her second husband, Donnie Edwards. Donnie Edwards was another NFL player that has been beguiled by Kathryn Edwards’ beauty. He played for the San Diego Chargers and the Kansas City Chiefs. As of the moment, he is already retired and is engaging in some philanthropic works with veterans and children coming from unprivileged backgrounds. (3) 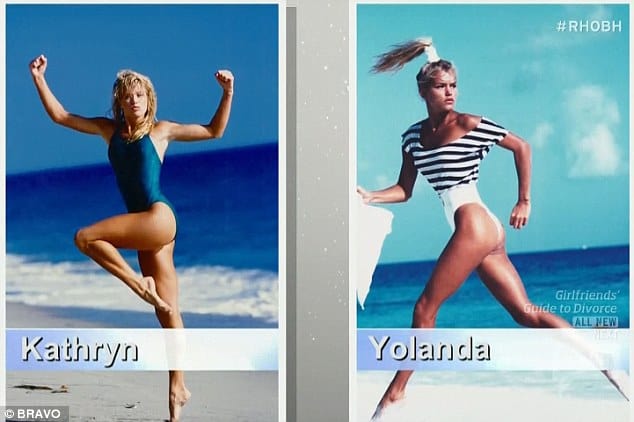 Right after her high school graduation, Kathryn Edwards was offered a modeling contract at the prestigious modelling agency Elite Model Management, who flew her to Paris to work as a model. She was exceptionally talented and so she was immediately offered jobs and was even featured in different magazine covers before appearing in high-profile marketing campaigns. According to Kathryn Edwards herself, she used to see Yolanda Hadid during her modelling stints.

Kathryn Edwards was the first Just Do it girl for the international brand Nike. Also, she was briefly cast into the show Married….With Children and The Real Housewives of San Diego in 2014. (4)

Because of the departure of Brandi Glanville and Kim Richards from the show, The Real Housewives of Beverly Hills had two open slots for the main cast and so Erika Girardi and Kathryn Edwards came into the picture in season 6 in 2016.

Despite being part of the show for only one season, she managed to stir up some drama during her time. Coincidentally, Kathryn Edwards was put in a season together with another housewife who had ties with the OJ Simpson trials, the author of Nicole Brown Simpson: The Private Diary of a Life Interrupted and best friend of Nicole Simpson herself, Faye Resnick.

Lisa Rinna opened up a discussion on the murder case of Nicole Simpson and the trials of OJ. Lisa Rinna also brought up how Faye Resnick mentioned the name of Kathryn’s ex-husband Marcus Allen in her book. This has opened a discussion of their past and Edwards’ revealed that she had a history with Resnick because of it.

Because of her history with Faye Resnick, at times she would speak ill of her. In one particular instance, Kyle Richards heard her bad-mouthing Resnick. As Faye Resnick’s friend, Kyle Richards called out Edwards’ for her actions and the two of them gets into a heated discussion.

She also got some beef with Erika Girardi after she became a tattle tail. When Erika Girardi spoke to Edwards’ about her feelings towards Lisa Vanderpump, Kathryn seemed like she was agreeing. However, she told Vanderpump about it afterwards which caused Girardi to not trust her anymore. (5)