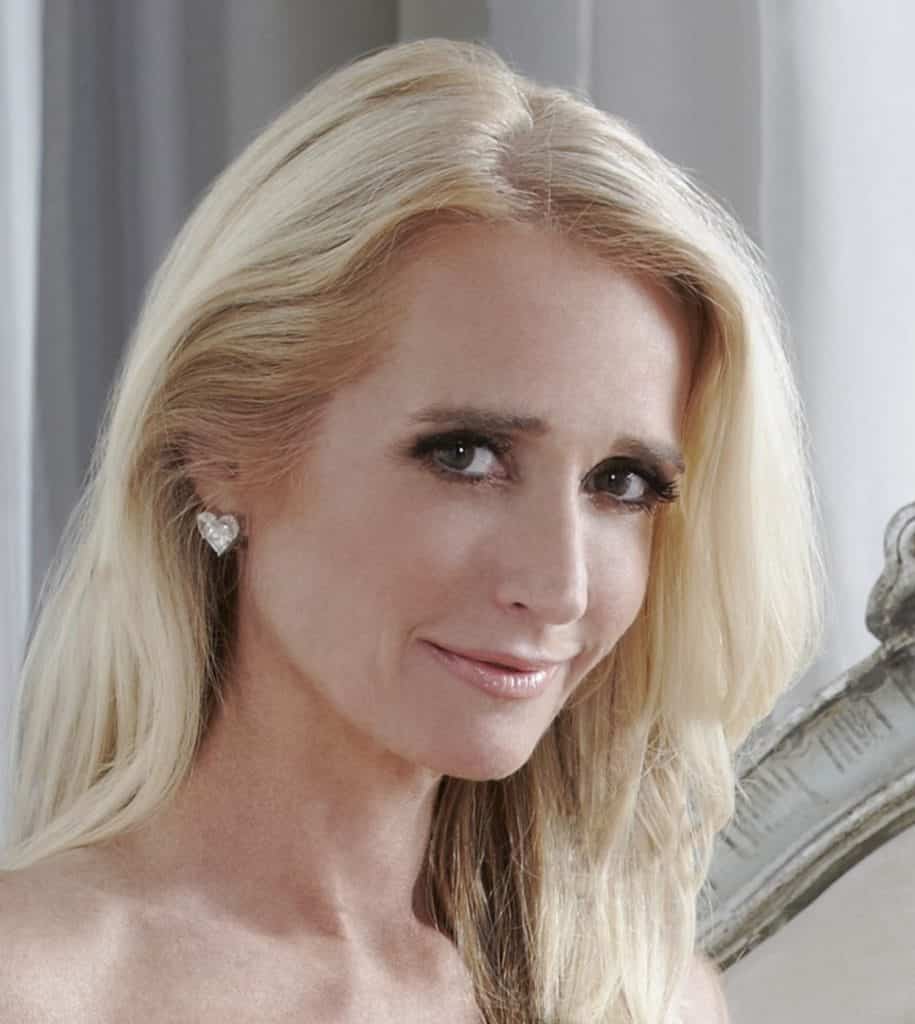 Kim Erica Richards is an American socialite, actress, and television personality. She rose to fame as a child actress in the 70s, who starred in films such as Nanny and the Professor, Escape to Witch Mountain, and Return to Witch Mountain. As an adult, she is known for being one of the stars of The Real Housewives of Beverly Hills.

There have been varying reports as to how much is Kim Richards worth, some say it’s $400,000 and some say it’s $2 Million, but given her caliber and the family she’s from, I think it would be obvious that her net worth is in the millions.

Kim Richards’ main source of income is her career as a television personality. A big chunk of her net worth is the money that she’s paid for various projects as a reality tv star and actress. Given the years she’s been in the industry, there is no doubt that she has a huge net worth. (1)

Kim Richards was the eldest daughter of Kenneth Edwin Richards and his second wife, Kathleen Mary Dugan. Kenneth Richards was a wealthy business executive while her mother was an ambitious casting director. She was born on September 19, 1964, making her 57 years old now. Kim was born in Mineola, New York but was raised in the affluent Hollywood neighborhood in Los Angeles, California. She had two sisters who are equally famous, Kathy Hilton and Kyle Richards. Kathy Hilton was her half-sister from her mother’s previous marriage and was already a grown-up when she and her sister Kyle Richards was born.

Her Dad, Kenneth Edwin Richards, was also previously married before meeting her mom, Kathy Dugan. On her Dad’s side of the family, she has three half-siblings, Kenneth Richards Jr., Diane Richards, and Grant Richards.

In a 2015 article of the Daily Mail UK, Kim Richards describes her childhood as problematic. She cited that a huge chunk of her experiences as being raised by a driven, dysfunctional stage mother still haunt her even now. Her mother Kathy Dugan was only a few steps into becoming a ‘gold digger’, says the Daily Mail article. She would be a frequent visitor of bars like Polo Lounge, where she would pick any guy that would pay her tab. 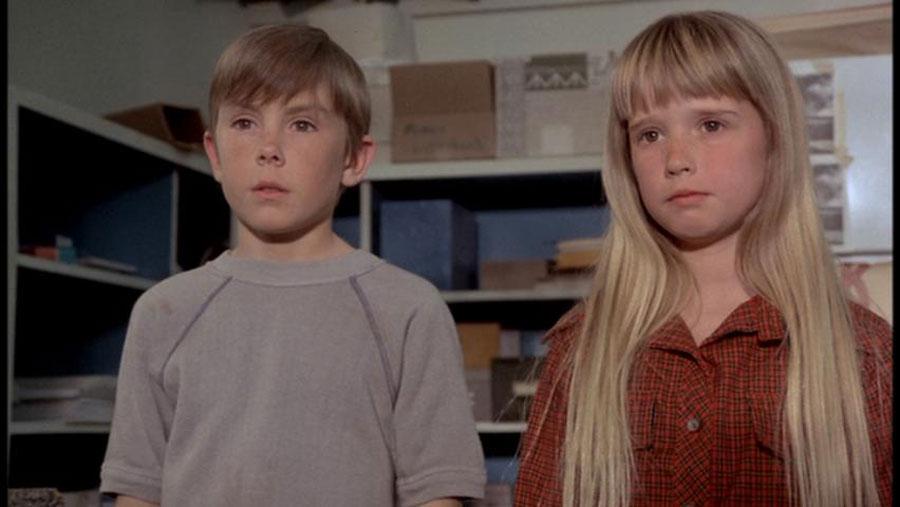 Her mom was overly ambitious to the point that Kim wasn’t really given a real childhood, she was only a few months old when her mother brought her to become a commercial model and then eventually, an actress. She wasn’t the only one pressured by her mom though, her sisters Kathy Hilton and Kyle Richards were too. Their mother demanded that they marry billionaires! (2)

Their mom’s problematic upbringing of her has reflected now that Kim is an adult. She was in and out of rehab because of her alcohol addiction, she was even charged with public intoxication. An addiction that once again can be attributed to her mother, Kathy Dugan, who was a drunk.

Kim Richards attended the Imperial High School in Imperial Beach, California. There is no information whether or not she attended college or she did not, just like her sisters Kathy and Kyle.

The reality star’s first husband was George M.  Brinson also known as Monty Brinson, a scion of a supermarket fortune. Kim Richards started a relationship with Monty when she was only 19 years old. Monty was originally from North Carolina but later relocated to California to become a Hollywood producer. Kim’s big sister, Kathy Hilton was instrumental in the couple’s relationship. She was the one who set up the blind date for Kim and Monty. The couple had their blind date at  Palms restaurant in Beverly Hills, and they were basically inseparable after that.

The couple tied the knot on August 3, 1985, at the Beverly Hills Hotel. They have one daughter together, Brooke Ashley Brinson, born on February 21, 1986. However, the couple had an amicable divorce in 1988, and then the reality star went on to marry Gregg Davis, son of petroleum mogul Marvin Davis and his wife Barbara Davis. In an interview with author Jerry Oppenheimer, her husband Monty Brinson said that Kim was ‘She was being pressured because of the billions of Davis Dollars’.

Gregg Davis and Kim Richards share two children together, Whitney Nicole Davis born on March 16, 199, and Chad Austin Davis born on May 26, 1991.  Kim and Gregg would eventually divorce in 1991.  After the divorce, Kim Richards dated commodities salesman John J. Collet, a central figure in a criminal scheme involving 8,00 elderly investors and nearly $150 Million in losses. It was maybe because of this reason that he was found murdered on October 28, 1991, outside Brent’s Deli in Northridge. He was found shot twice in the head by a hitman who was paid $30,000. At the time of the murder, he was speaking to Kim on the phone.

After the death of John Collet, Kim got into a relationship with aircraft-parts supplier John Jackson which would last from 1992 to 1996. They share one child together, Kimberly Collette Jackson born on August 23, 1995.

From 2012 to 2018, she got into a relationship with Wynn Katz, a businessman. They even appeared together in WE TV’s Marriage Boot Camp in 2018, however, they won’t last long because after leaving the show, they split up.

The popular saying ‘first love never dies’ may be true for Kim Richards and her first husband, Monty Brinson. While still in a relationship with Wynn Katz, Kim Richards went back to Monty, not as lovers but as friends. Monty Brinson was diagnosed with lung cancer and Kim Richards was by his side during his journey. Unfortunately, Monty eventually died from cancer on January 25, 2016.

Kim Richards was only a few months old when her mom took her to appear in a commercial for a rug company, the baby Kim Richards can be seen crawling on one of the company’s plush rugs. The company was Firth Carpet. From 1970 to 1971, she starred as Prudence Everett in the television series Nanny and the Professor. She also starred in different Disney Films such as Escape to the Witch Mountain, No Deposit, No Return, and Return from Witch Mountain.

Kim also starred in films together with her younger sister Kim Richards. Their first film together was the thriller film The Car in 1977. The following year, she reunited with her co-star from Escape to Witch Mountain, Ike Eisenmann for the movie, Devil Dog: The Hound of Hell.

Since Kim Richards started working when she was just a few months old, she has quite a lot to put in her portfolio. Here are just some of the movies and television series featuring Kim Richards:

After a long struggle with alcoholism and poor mental health, Kim Richards has decided to take a break from showbiz. She’s now more focused on her health and on getting back on her feet after a minor setback in 2019 when she ended up in the emergency room at UCLA.

During her stay there she was described as, “She was incoherent, rambling, and seemed to be having a serious mental health breakdown of sorts. Doctors did a toxicology screening, but Kim left the E.R.” (4)

Kim Richards joined Bravo’s The Real Housewives of Beverly Hills in season 1 in 2010 as part of the original cast together with her sister Kyle Richards.

Season 1 of The Real Housewives of Beverly Hills got entertaining because of Kim Richards, that’s a fact. During her first season, a drama between her and her sister erupted. She was accused of having no life outside of her children, the tension between the both of them escalated when Kim didn’t stand up for her sister during an argument with co-star Camille Grammer while in New York City. The fight between the two sisters met at an explosive point during  Taylor Armstrong’s birthday when Kim accuses Kyle of stealing the house and Kyle call out Kim for being an alcoholic.

Season 2 wasn’t different, Kim Richards once again found herself fighting with her co-stars but this time, she and her sister Kyle Richards are on the same side. The two sisters got into a fight with guest star Brandi Glanville after Glanville accuses Kim of using drugs, which lead to a physical altercation between Kyle and Brandi. In this season, viewers saw the soft side of Kim Richards when she was seen breaking down to Kyle about her fears of losing her family if she chooses to have a relationship with her boyfriend, Ken.  In this season’s reunion, Kim Richards was not able to attend, instead, she filmed a one on one with Andy Cohen where she revealed that she is an alcoholic and has gone to rehab in the past.

In season 3, Kim Richards revealed that she has unresolved issues with her sister Kyle Richards. It was also in this season that Kim ditched Kyle’s daughter’s graduation in order to have a nose job, this was not surprising since she already left Kyle out when she invited everyone to Las Vegas for her son’s part except for her own sister.

In season 4, Kim Richards can be seen struggling to train her dog, Kingsley so she sent him off to doggy boarding school after she injured her neighbor. In this season, Kim’s daughter graduated from high school.

Season 5, was the last season for Kim Richards as the main cast.  Her erratic behavior and alcoholism prompted her to be sent back to rehab for treatment. In this season, Kim Richards got into a heated argument with Lisa Rinna during a dinner in Amsterdam, the argument escalated into a physical fight which caused Rinna to smash a wine glass to the table before reaching out and trying to choke Kim. This season was extremely stressful for Kim, this was the time that her first husband, Monty Brinson was fighting lung cancer. This season, she realizes that her friend, Brandi Glanville was planning to turn her and her sister back at each other. The stress of her life took a toll on Kim Richards and it drove her into alcoholism and substance abuse, this is the reason why she left the show.  (5)