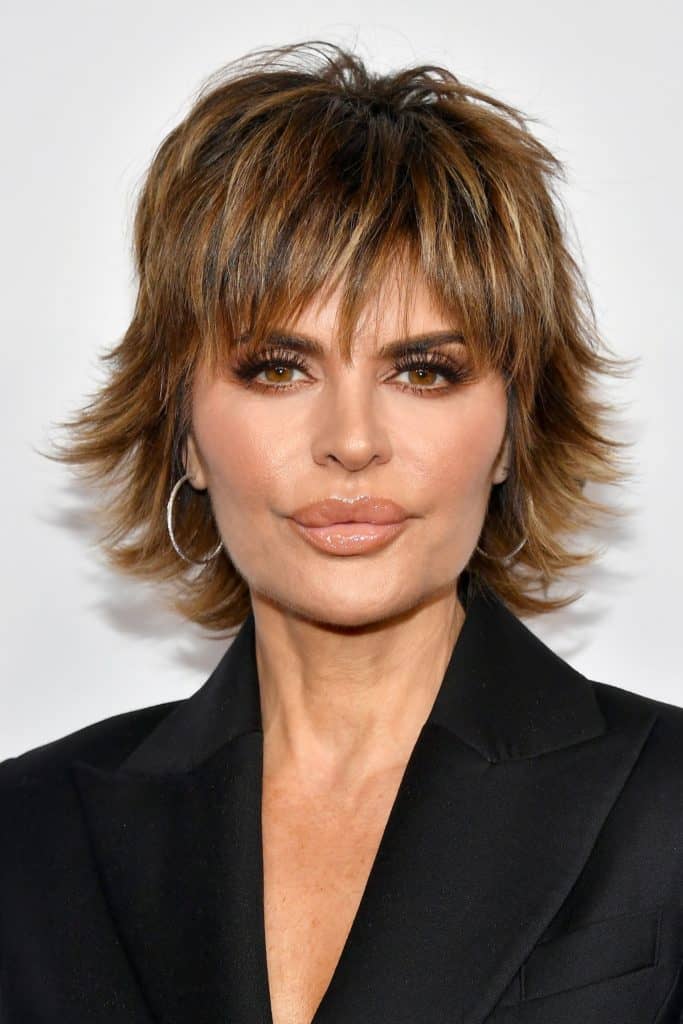 Lisa Rinna is an American Actress, author, and television personality. She is best known for starring in the NBC daytime soap opera Days of Our Lives as Billie Reed and on Fox’s television drama Melrose Place as Taylor McBride. Furthermore, she is also one of the main casts of the reality TV show The Real Housewives of Beverly Hills.

In 2021, Lisa Rinna’s net worth is estimated to be around $10 Million. Her huge net worth could be attributed to the enormous amount of money that Bravo pays her to be on screen. It is estimated that Lisa Rinna is paid $450,000 per episode! Aside from her salary from the Real Housewives of Beverly Hills, the reality star is also the proud owner of a clothing and jewelry line that she sells on QVC. In addition to her clothing and jewelry line, Lisa Rinna also has a cosmetic business that she opened in 2020 called Rinna Beauty. (1)

Her wealth is also increasing from her husband’s net worth and the various other projects that are being offered to her.

Lisa Deanna Rinna had a modest upbringing. She was born on July 11, 1963, in Newport Beach, California to Lois DeAndrade and Frank Rinna. Her heritage includes Italian, Portuguese, and English. Lisa was only 7 years old when her family was forced o relocate to Medford, Oregon because her father was transferred there for job-related reasons. Lisa Rinna would spend the remainder of her childhood there. Lisa Rinna is currently 58 years old. (2) 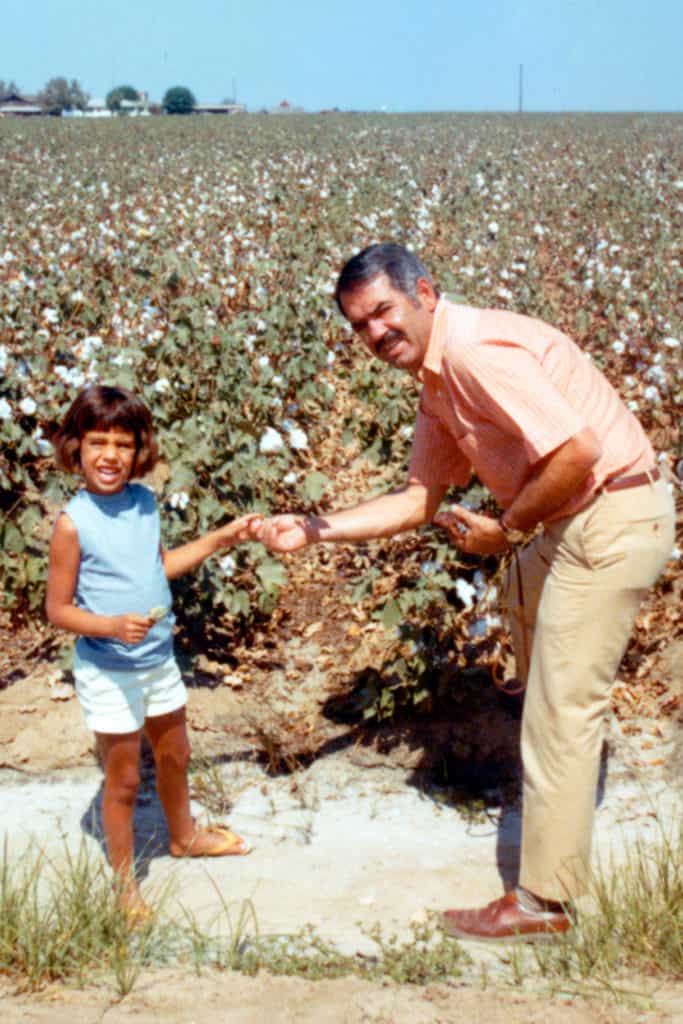 Lisa Rinna has an older half-sister whose name is Nancy Rinna, but she died when the star was only six years old due to a drug and alcohol overdose. Her mother, Lois Rinna, died last November 15, 2021.

Lisa Rinna attended the North Medford High School where she graduated in 1981.

She then went to the University of Oregon but didn’t continue on her degree because she went to San Francisco to pursue a career in modeling.

The lovely couple is currently still going strong and is going to celebrate their 25 years this March 29.

After finishing high school, Lisa Rinna tried to study at the  University of Oregon. However, her heart wasn’t really for a college degree and so she went to San Francisco, California to pursue a career as a model. She eventually went on and appeared in commercials. She first got her SAG card by doing a Mervyn’s commercial, according to the Los Angeles Times.

At 21, Lisa Rinna became part of the music video for John Parr’s single “Naughty Naughty”, this was her first big break. In1988, she appeared in Captive Range as Lucy Delacorte. She later came appeared as the girlfriend of Jason Bateman’s character in The Hogan Family, Annie Derrick. She only appeared in 4 episodes.

Her first national recognition was for the character, Billie Reed on NBC’s Days of our Lives. She then worked on Aaron Spelling’s Melrose Place by portraying the character, Taylor McBride. She also starred together with her husband, Harry Hamlin in projects such as Veronica Mars and Lifetime television’s Sex, Lies, and Obsession.

In 2001, she appeared in the comedy film Good Advice, playing the role of Veronica Simpson alongside her co-housewife Denise Richards and Charlie Sheen. Lisa Rinna is also an actress on Broadway, she appeared in the Broadway production of Chicago with the role of Roxie Hart alongside her husband. Lisa Rinna is a very versatile actress with impressive credentials. She has appeared in a multitude of films and television series The Hogan Family, to Disney’s Hannah Montana, and to Nickelodeon’s Big Time Rush.

Lisa Rinna is also an excellent host, from 2002 to 2006, she was the host of Soap Talk on Soapnet, which has won her four Daytime Emmy Award nominations. In 2006, she competed in the second season of Dancing with the Stars but was eliminated during round seven. In 2010, she starred in a reality show Harry Loves Lisa, starring her and her husband, Harry Hamlin. Despite the show having only 6 episodes, it had high ratings.

Lisa  Rinna’s modeling career is also very impressive. In 1998 while still pregnant with her eldest daughter, Delilah Belle Hamlin, she posed for a nude pictorial and cover shoot for the September issue of Playboy magazine. She also graced the covers of CVLUX, Soap Opera magazine, and others.  In 2019, she walked the runway for Kyle Richards and Shahida Clayton’s new women’s clothing brand at the New York Fashion Week.

Today, Lisa Rinna still acts in various television series and is currently one of the casts of the Real Housewives of Beverly Hills. (4)

Lisa Rinna joined The Real Housewives of Beverly Hills in season 5 in 2015. Her first season was marked by a drama that transpired between her and Kim Richards. The altercation ensured ensued after Rinna expresses her concerns about Kim’s erratic behavior which was due to her alcoholism. Rinna shared the root of her concern– the death of her sister and two brothers-in-law. Kim Richards took offense to Rinna’s concern and started saying mean things. The verbal altercation escalated into a physical one when Kim Richards involved Harry Hamlin, Rinna’s husband in the talk. Lisa Rinna got upset and angry that she almost choked Kim Richards, she also smashed a wine glass in from of Richards. The fight scared the other housewives especially, Kim’s sister, Kyle Richards who wept as the fight transpired. (5)

In season 6, Lisa Rinna gets into a minor argument with Erika Jayne about who really brought up the Munchhausen. This was after she and the other housewives gossiped about what really was Yolanda Foster’s medical condition was.

In season 7, the housewives get into a confrontation. The other housewives accuse Rinna of being mean and crazy. They claim that she constantly picks on the other housewife. They said that she’s gone after Kim Richards, Yolanda Hadid, Lisa Vanderpump, Brandi Glanville, and Dorit Kemsley.  They also say that Lisa Rinna finds enjoyment in attacking people.

In season 9, Lisa Rinna introduces a  friend to the group, Denise Richards.

In the RHBOH season 10 reunion, Denise Richards and Lisa Rinnan got into a heated argument after the latter accused Denise of wanting Rinnan to get fired. The argument ensued after Erika Jayne opened the topic of Denise liking a tweet that accuses Rinnan of being a racist.

In season 11, Lisa Rinnan apologized for all the things that she has done during the past seasons. During their interview with Andy Cohen, Rinnan got into a heated argument with Garcelle Beauvais over race.