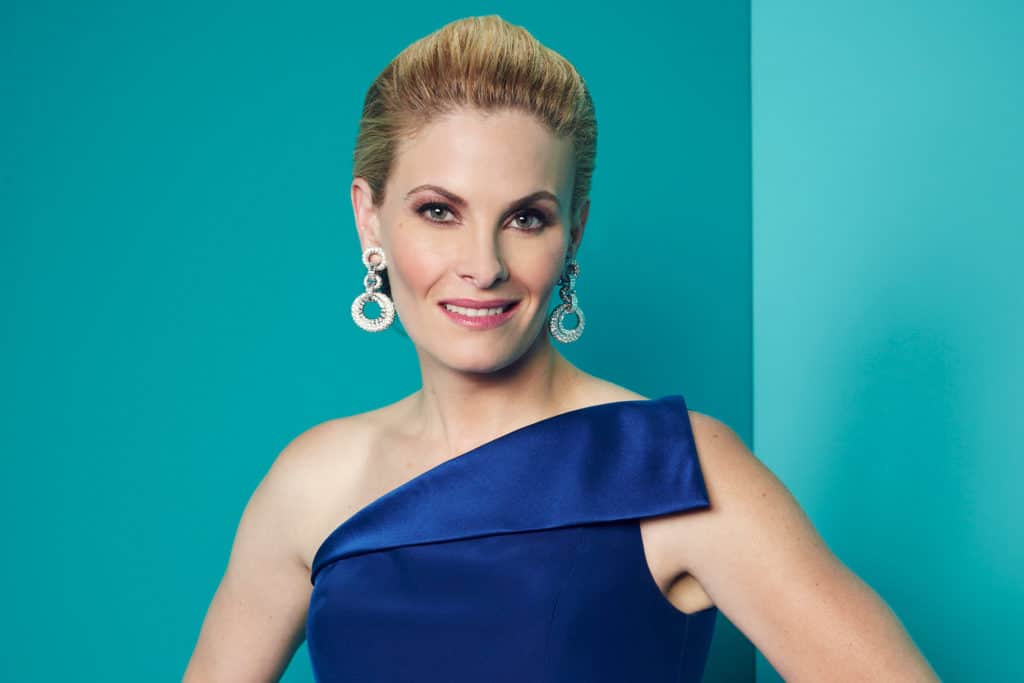 In 2021, Marisa Zanuck’s net worth is estimated to be around $5 Million. Contrary to popular beliefs, her wealth doesn’t come from the salary she gets from the reality shows she is a part of. Although it is without a doubt a contributory factor, it doesn’t make much of her estimated net worth nor is the fact that she was used to be married to a man who comes from a family of Hollywood royals. (1)

Also in contrast to the common misconception about her because of her casting to The Real Housewives of Beverly Hills, Marisa Zanuck is technically not a housewife. She is actually a real estate agent under Rick Hilton’s real estate firm Hilton & Hyland Real Estate. Rick Hilton is the husband of another Real Housewives of Beverly Hills cast, Kathy Hilton whose actually the sister of the OG cast member, Kyle Richards. She is also the current Regional Managing Director of the Beverly Hills Nest Seekers & Zanuck International office.

Marisa Zanuck is a native of Beverly Hills, California. She was born Marisa Nicole Bearman on March 6, 1974, making her 47 years old as of writing.

As per her LinkedIn profile, Marisa Zanuck grew up in an affluent neighborhood which piqued her interest in high-end properties even from an early age. 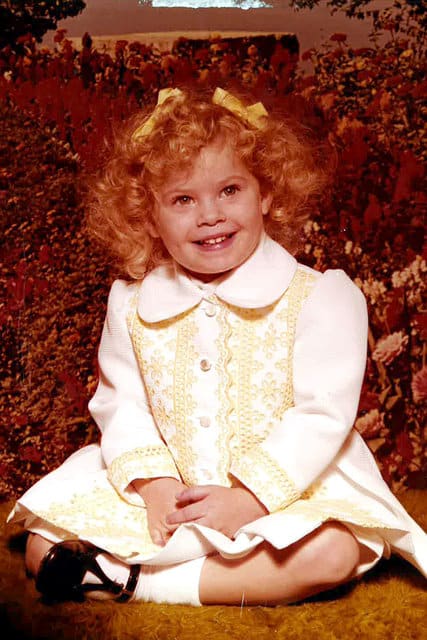 There is not much information about Marisa Zanuck’s childhood found on the internet. She is a very private person and doesn’t even have her own Instagram account. However, she does have a Twitter account that she uses for business purposes. (2) 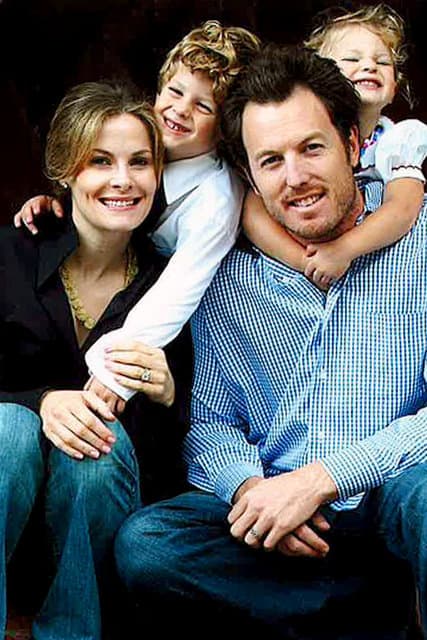 During her brief time on the reality tv show, Marisa Zanuck was married to Hollywood producer Dean Zanuck. Dean Zanuck is basically a Hollywood royalty. This is because his grandfather and Dad are both Hollywood film producer. His Dad is Richard Zanuck, an Oscar-winning producer behind some of Hollywood’s greatest films such as Jaws, Driving Miss Daisy, Cocoon, Sweeny Todd, Alice in Wonderland, Charlie and the Chocolate Factory, and many more. His grandfather Darryl Zanuck, is one of the pillars and founder of the studio we now know as Twentieth Century Fox.

Dean Zanuck himself is also an excellent producer like his forefathers. He is the movie producer behind films such as Road to Perdition starring Tom Hanks and Get Low starring Robert Duvall, Sissy Spaceck, and Bill Murray.

Marisa Zanuck and Dean Zanuck are blessed with two children, Jack Zanuck and Darryl Zanuck. The couple called it quits in 2016  after 13 years of marriage. Despite the divorce, they still have joint custody of their two children. The divorce came as a shock for fans. (3) 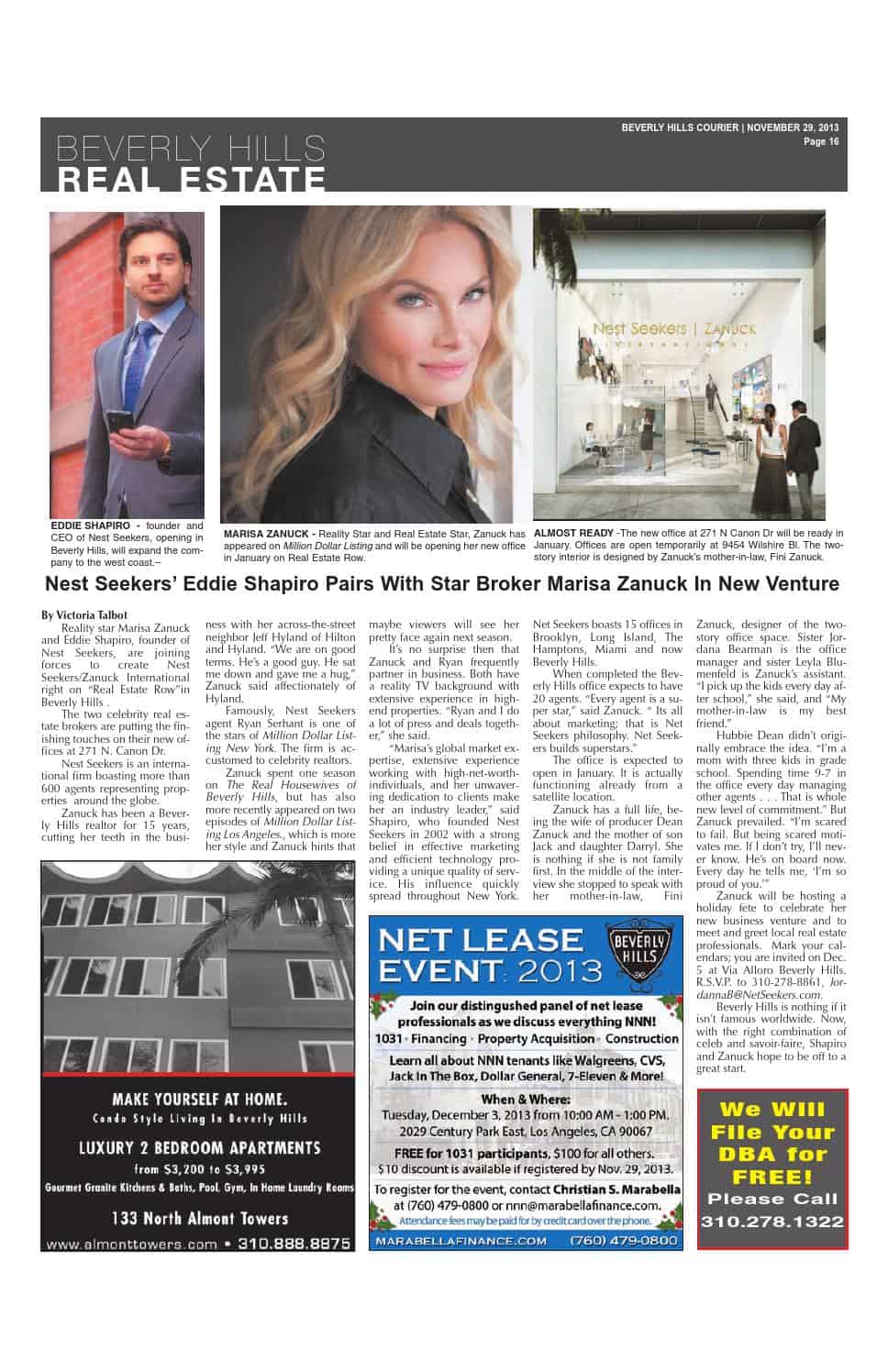 Marisa Zanuck ventured straight into real estate shortly after graduating from high school. Ever since she was young, she was already fascinated on high-end properties famous people which led her to Beverly Hills brokerage. The name Marisa Zanuck has been a go-to name for the famous people who seek to buy houses throughout the Greater Los Angeles area.

The TV personality made her first sale for Eric Clapton on a house in Venice, California designed by Arata Isozaki, a famed Japanese architect most celebrated for designing the Museum of Contemporary Arts in Los Angeles.

Over the years, Marisa Zanuck has made a name for herself in real estate. She has already helped buy and sell luxury residential estates in Beverly Hills, Sunset Plaza, Hollywood Hills and the Westside of Los Angeles. She is one of the most referred agents in Beverly Hills having to work for Hilton & Hyland Real Estate for the past 14 years.

Upon leaving Rick Hilton’s company, she co-founded the Beverly Hills branch of Nest Seekers International in 2013. She even has her own powerhouse team, The Zanuck Group. Marisa is also a member of the Beverly Hills Greater Los Angeles Association of Realtors (BHGLAAR).

Aside from being a real estate agent, she is also a tv personality who appeared in reality tv shows such as The Real Housewives of Beverly Hills and Million Dollar Listing Los Angeles. (4)

Marisa Zanuck joined the cast of The Real Housewives of Beverly Hill in season 3 in 2013.  She was cast along with Taylor Armstrong, Adrienne Maloof, Kim Richards, Kyle Richards, Lisa Vanderpump, Brandi Glanville, and Yolanda Hadid.  Another RHOBH ‘friend’ was Faye Resnick.

Zanuck only lasted for one season on the show however, she managed to be involved in dramas during her brief stay. One of the most unforgettable ones was when she was involved in a confrontation with Brandi Glanville who confronted her about a backstabbing incident. (5)