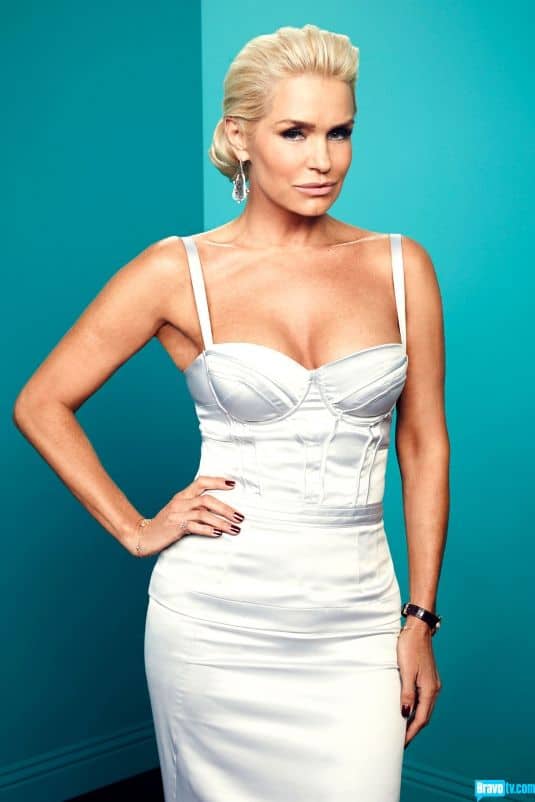 Yolanda Hadid is an American television personality and a former model. She is best known for being the mother of model Gigi Hadid, Bella Hadid, and Anwar Hadid. She was also a former cast of The Real Housewives of Beverly Hills.

Many wonder how rich really is the mother of supermodels Gigi and Bella Hadid. In 2021, she is estimated to be worth around $45 Million. She is high up in the ranking of the RHOBH cast members’ net worth. Her career as a reality TV star is her main source of income. (1)

Her wealth can also be attributed to her earnings back she was still a sought-after model. She also has a lot of business ventures that she entered when her modeling career started to dwindle.

Before entering the limelight, Yolanda Hadid was just a simple Dutch girl named Yolanda van den Herik. She was born on January 11, 1964, making her 58 years old now. Yolanda Hadid grew up in a small town in Holland called Papendrecht, in the South of Holland.

As a child, Yolanda Hadid grew up riding horses, milking cows, and tending to various farm chores. When she was just seven years old, Yolanda Hadid’s father died due to a car accident, greatly affecting the family’s finances. Because of the major challenge that their family faced due to the passing of her father, Yolanda learned to work from an early age.

Yolanda Hadid’s mom, Ans van den Herik, became more independent and determined to raise her children independently, but this was a great c challenge. At 13 years old, Yolanda Hadid had to work. Her first job was as a dishwasher for a Chinese restaurant. She also worked in a grocery store. (2)

Despite having to work, Yolanda Hadid was still able to juggle her work, school, and her farm chores. 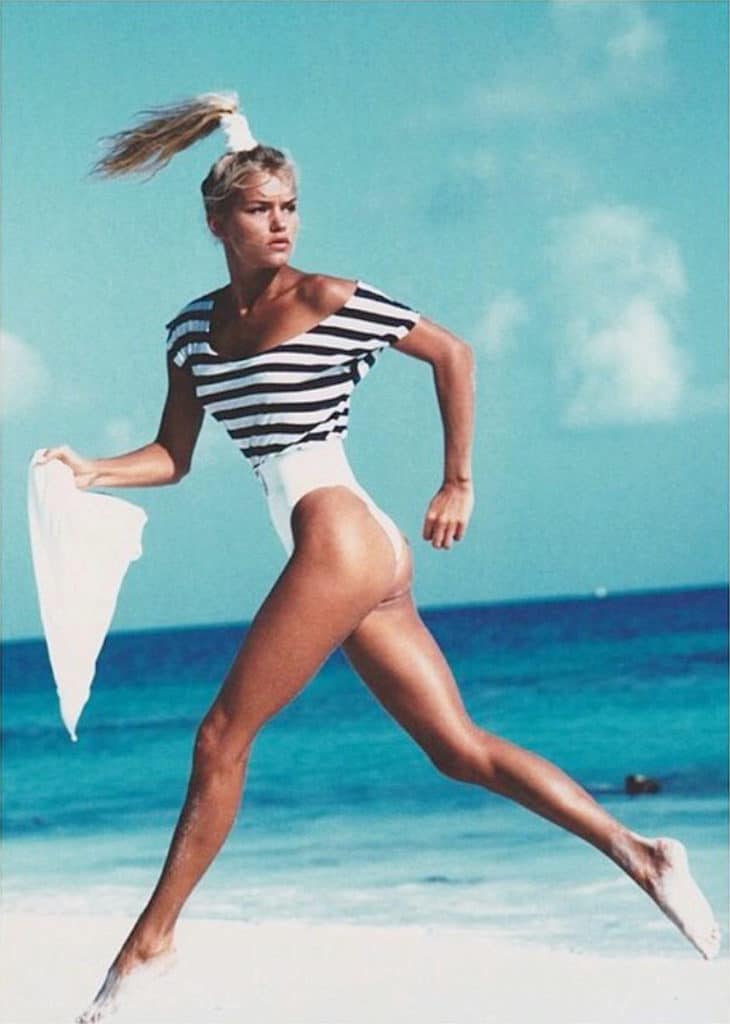 Yolanda Hadid was able to graduate from high school, but had to suspend her college studies because of her career as a model.

Yolanda Hadid’s first husband was Mohamed Hadid, a real estate developer. Their marriage lasted from 1994 until 2000. Mohamed Hadid is the father of the famous supermodels Gigi Hadid, whose real name is Jelena Hadid, Bella Hadid, or Isabella Hadid in real life, and the youngest, Anwar Hadid. The two tied the knot in 1994, right after Mohamed’s divorce from his first wife, Mary Butler. Mohamed Hadid was an Israeli who immigrated to the United States when he was only 14 years old. The reason for their divorce was infidelity, says Yolanda Hadid.

The reality star wed her second husband, David Foster, on November 11, 2011, after dating for five years and becoming engaged during the Christmas Eve of 2010. Her second husband, David Foster is a well-known musician, composer, and producer. The couple got married in Beverly Hills, California. The couple does not share any children together and had divorced after four years of getting married. The couple publicly announced their divorce on December 1, 2015, and it got finalized in 2017. Now, David Foster is married to singer Katharine McPhee.

In the last quarter of 2021, Yolanda Hadid has once again made headlines after she filed a complaint against one direction singer Zayn Malik who was her daughter’s boyfriend and the father of her only grandchild Kai. The real housewife claims that her daughter’s boyfriend Zayn Malik shoved her against a dresser and called her harsh words. Zayn Malik has then filed a “no contest” to the four counts of harassment filed against him but hopes that Yolanda withdraws her false allegations. (3)

We all know her daughter Gigi Hadid, for being a supermodel and a former girlfriend of One Direction member Zayn Malik. We also know that her other two kids, Bella Hadid and Anwar Hadid are also in the same industry. However, unknown to many, their Mama was the first one to ever enter the modeling world. Yolanda Hadid was a sought-after model in the 1980s. From Vogue covers to catwalks, Yolanda has done them all.

Yolanda Hadid started modeling at the age of 16 years old. She was helping a friend with a hair show when Dutch designer Frans Molenaar approached her. The designer needed an immediate replacement for a model for his upcoming fashion show. She gladly accepted the offer and walked for the show, it was then she was noticed by Eileen Ford. Eileen Ford, the owner of Ford Models was amazed by 16 -year-old Yolanda’s catwalk and asked to sign her up in her agency.

Her career bloomed once she became part of Ford Models. Yolanda Hadid took part in numerous fashion shows, photoshoots in various cities around the world such as Sydney, Paris, Milan, Tokyo, Cape Town, New York, and Los Angeles. She has modeled for 15 years.

The Real Housewives of Beverly Hills star is also a published author. In 2017, she published her memoir, Believe Me: My Battle with the Invisible Disability of Lyme Disease. In 2018, she had her own reality TV show competition Making a Model with Yolanda Hadid.(4)

Yolanda Hadid joined The Real Housewives of Beverly Hills during season 3 in 2013 under the name Yolanda Foster because at that time she was still married to David Foster. During this time, she starred alongside Taylor Armstrong, Adrienne Maloof, Kim Richards, Kyle Richards, Brandi Glanville, and her longtime friend Lisa Vanderpump.

During her first season, Yolanda Hadid wasn’t involved in much drama because right from the very beginning she has already made it clear that she hates being involved in dramas.

In season 4, Yolanda Hadid got in a bit of drama with her friend Lisa Vanderpump and her husband. During their stay in Puerto Rico, the other ladies confronted Lisa, upon realizing that it was a sabotage attack, her husband came into defense and the two of them leave. However, before leaving Lisa’s husband had to give Hadid a piece of his mind, he called her stupid. In this season, Yolanda Hadid had to undergo a surgical procedure for her Lyme Disease.

Season 5 of the Real Housewives was able to document Yolanda’s struggle with her Lyme Disease. In this season, her illness relapsed.

During season 6, the real housewives stars were baffled about Yolanda Hadid’s real illness. She became the topic of the other ladies, with Lisa Rinna being the one who kept on opening the topic. The latter even said that Foster was suffering from Munchausen syndrome. The other housewives and even some of their husbands even left nasty comments against Foster, saying that she looked really bad. In this season, she divorced David Foster. (5)