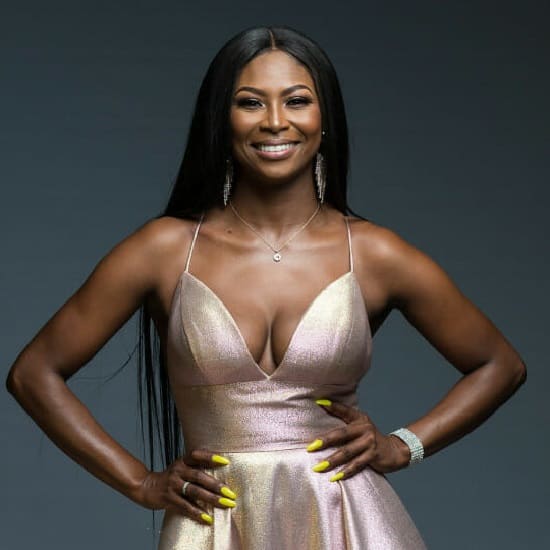 Brinnette Seopela is a South African reality television star best known for her participation in the series The Real Housewives of Johannesburg. Aside from being a reality TV star is also a known Socialite, Philanthropist, radio host, and entrepreneur in South Africa.

In 2021, Brinnette Seopela’s net worth is estimated to be around $1 million. Even before becoming a part of the Real Housewives of Johannesburg, Brinnette was already making her name in the cosmetic industry. She owns the famous Spa Aesthetique, which serves as her main source of income. (1)

Her wealth is also increasing due to her career as a celebrity. She is part of the Real Housewives of Johannesburg with constant endorsements, TV guesting. She is also a radio host.

Brinnette Seopela is an only child born to a middle-income South African household. She is currently 42 years old. She was born on October 16, 1979. Brinnette was born in Johannesburg and was raised by her mom, Junia Senne, and step-dad, Simon Dube in a modest upbringing. Her step-father died in 2020, which left the reality star devastated. (2) 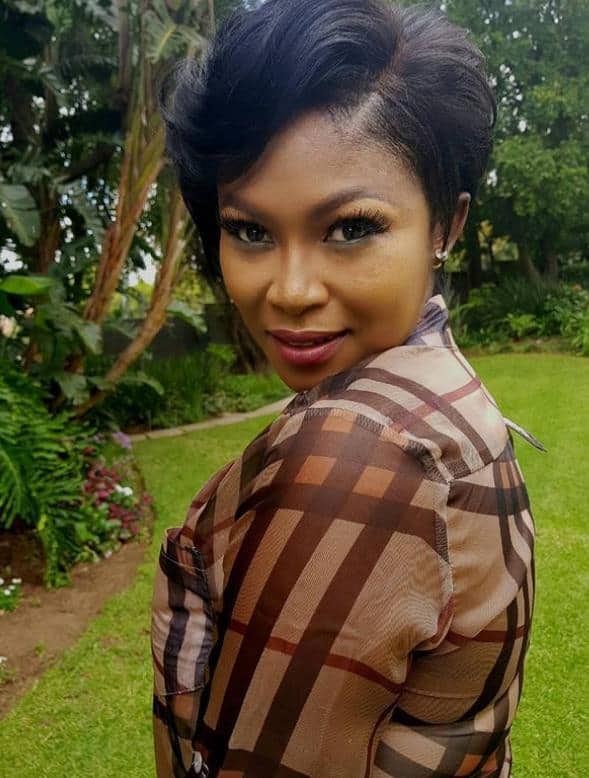 Her grandmother’s name is Abigail Seopela and she helped raise Brinnette ever since she was a young child.

Brinette Seopela’s education is only vaguely found online. She finished a degree in a university and then she ventured into the beauty industry.

She attended a high school in Johannesburg. 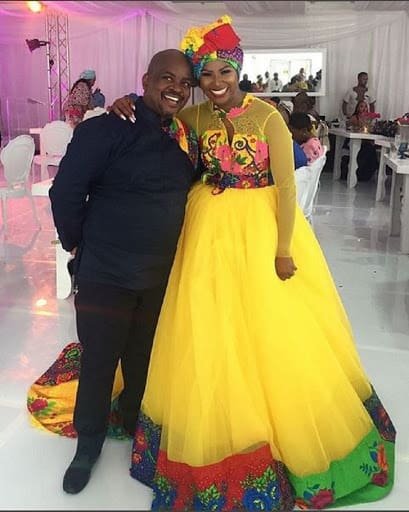 Brinnette Seopela got married to Themba Gezane, CEO of Tsebo Solutions Group after a whirlwind romance. The couple met on social media and through the help of their mutual friend, Sonia Mbele who happens to be one of the executive producers of the Johannesburg edition of the Real Housewives franchise, they became friends. They dated for three months and eventually, Themba Gezane would ask her hand for marriage. They wed in a two-themed wedding that was aired in the Real Housewives of Johannesburg show. The wedding was attended by South African top celebrities, co-stars, and close friends of the couple. After the wedding, they traveled to New York City for their honeymoon. Unfortunately, Brinnette would suffer from miscarriage during this trip. (3)

Not so long after their wedding, Brinnette’s happiness would soon turn into horror. The man who used to treat her like a queen turned out to be a monster. The reality star claimed that the picture-perfect fairytale of a marriage that they had was only a facade. Behind closed doors, Themba was an abusive husband. The Real Housewives of Johannesburg star Brinette Seopela would eventually file for divorce, in October 2019.

Presently, Brinnette is in a relationship with South African soccer star, Andile Jali. Like Seopela, Jali is also a divorcee who separated from his wife Nonhle Ndala, a popular socialite. Rumors of infidelity committed by Jali and Seopela were believed to be the reason behind the divorce of the soccer star and his wife. Despite controversies, the couple still remains strong and even plans to take their relationship to the next level. In an interview with Sunday World, the reality star expressed their desire to have a child via IVF.

Before becoming a reality TV star, Brinnette Seopela was already a household name but in a different field. After finishing her degree in a university, she ventured into the beauty and cosmetics industry. She also owns a popular beauty hub and spa in Rivonia,  Johannesburg, South Africa. (4)

Today, Brinnette Seopela manages Spa Aesthetique and she is also a part of The Real Housewives of Johannesburg.

Brinnette Seopela joined “The Real Housewives of Johannesburg” in Season 1 in 2018. She and reality star Christall Kay were the main cast for the two seasons of the reality show. Brinnette Seopela is probably the reason why the show turned out to be a success. She was also often regarded as the glue that pastes the show together. (5)

Her cheerful personality and mesmerizing beauty gained her a steady following of adoring fans. In her first season, Brinnette had already shown her friendliness, even reaching out to all of them including those she feuded with. Brinnette’s authenticity kept the show real. Every drama that she endured from the other ladies would often lead to a moment of honest confrontation despite it constantly landing her on the bad side of the ladies. Among all the dramas involving her, the most notable is probably the Durban July episode where co-star Lethabo Mathatho yelled at her and even shaded her for moving back into her parent’s house after her divorce from Themba Gezane.

In season 1 episode 1, she and the other housewives are introduced. The TV show documents Brinnette’s preparation for her upcoming traditional wedding with CEO fiance, Themba Gezane. Furthermore, this episode also introduces her arch enemy in the group, the singer-lawyer & reality star, Christall Kay. In this episode, Brinnette struggles to invite the latter to her wedding. Drama also ensued when one of her co-stars, Mercy Mogase expressed that she wanted vegan food to be served at her traditional African Wedding.

In season 2 episode 1, Brinnette and Christall Kay’s marriage meets its downfall as the two of them prepare for their divorces with their husbands. In this episode, only the two of them were able to return to the show due to various reasons including the death of Naledi Willers who lost her battle to cancer before the start of season 2.

In episode 4, Brinnette’s character of being a problem resolver is highlighted when she tried to talk and understand co-star Mpumi Mophatlane’s mixed feelings towards her and Lebo JoJo Mokoena.

The show’s season 3 was canceled upon the controversy involving three of its cast members. Brinnette and Gugu Kathi, beat co-star Christall Kay outside a club because they believed that she flirted with Gugu’s husband DJ Tira.