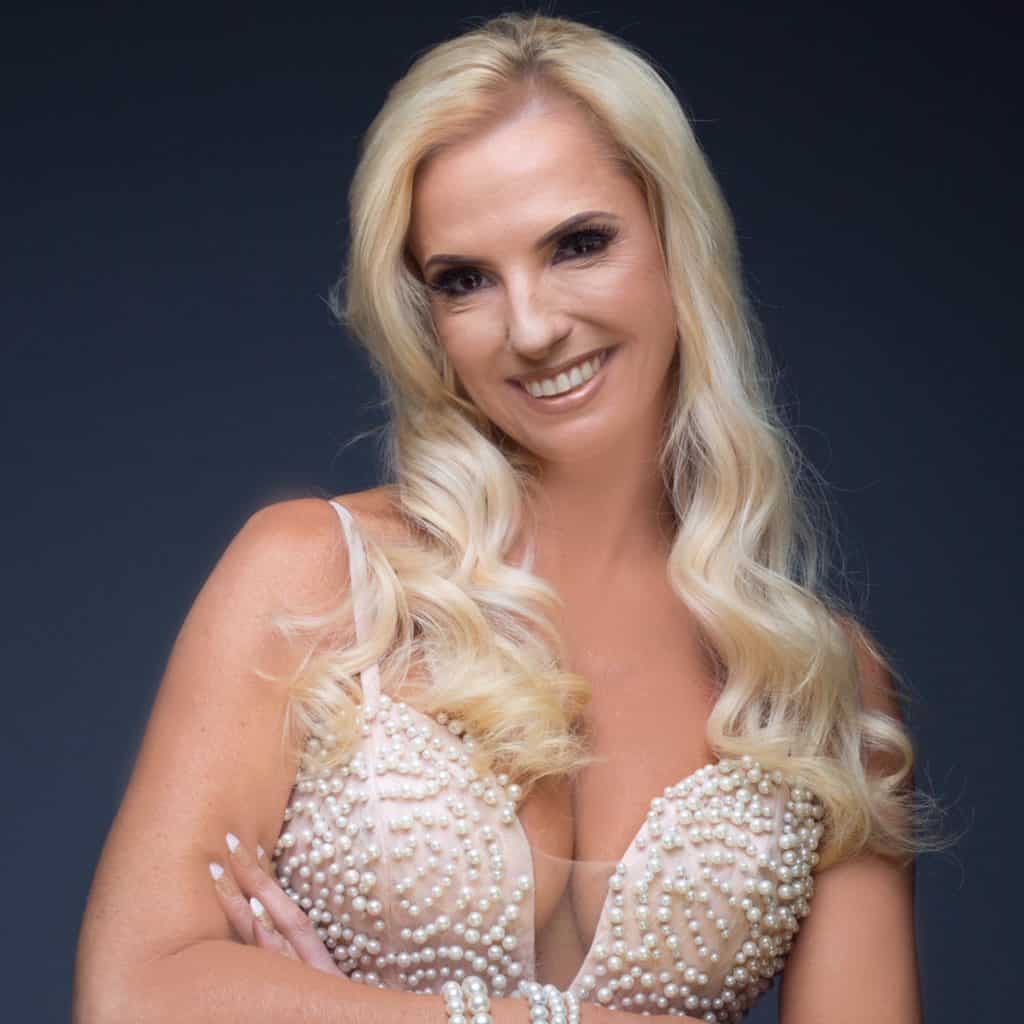 Lydia Judith Kay,  popularly known as Christall Kay, is a South African reality TV star who is best known for being among the six original casts of the hit series The Real Housewives of Johannesburg, a reality TV show which debuted in 2018.

Aside from her celebrity status, Christall is also a lawyer by profession. She is also an entrepreneur, model, beauty queen, advocate, and singer in South Africa. She kick-started her career in the music industry as a lead singer for an Afro-Pop band called Seed and in 2014, she launched her first single entitled Set Apart.

In 2021, Christall Kay’s net worth is estimated to be  $1 million. In one of her interviews, Christall revealed that she was given a hefty sum of money as an inheritance from her previous relationship with one of South Africa’s real estate moguls whom she had never named. It was revealed by the reality star that a big part of her money comes from the six-figure inheritance that she was given when the two of them had split up because the man returned back to his wife. (1)

However, the reality star’s fortune may not be only attributed to her inheritance. Prior to her rise to stardom, Christall was already a lawyer by profession for over 10 years. She is also an entrepreneur, and as per her LinkedIn profile, she is the CEO of Christall Inc., the same company that produced her first single Set Apart.

There is limited information regarding Christall Kay’s childhood found online, but one thing is for sure, Christall was born on April 21. Some sources claim that she was born in 1991, but this is highly unlikely because of the throwback photo that she had posted on Instagram that shows the reality star being crowned as Miss Hibiscus 1991 by Miss World South Africa 1958 Penelope Coeleen.

Christall Kay was born in Bluff, a municipality in the coastal city of Durban in the eastern part of South Africa’s KwaZulu-Natal Province. Durban is known for its scenic beaches, which is very dear to Christall as she was raised in a beachfront home.

Christall Kay finished her high school studies at Grosvenor Girls High School in Durban, South Africa. After high school, she went to the University of Witwatersrand, where she took up a Bachelor of Social Science. After finishing her degree, she went on to pursue a Bachelor of Laws degree from the University of KwaZulu-Natal. She felt unhappy with her chosen profession, so she decided to study again. This time she received a Certification in Music and Marketing from the University of Witwatersrand. Lastly, she studied Image Consulting at the South African Image Academy.

Christall Kay was used to be married to Eddie Greeff, a financial advisor who works for Liberty Life. The pair met in 2007. They lived next to each other in an apartment in Morningside, Johannesburg. In November of 2011, the pair decided to tie the knot in a lavish wedding held at Johannesburg’s exclusive Summer Palace. They honeymooned in Rio de Janeiro and on April 30, 2013, they welcomed their only son, Luke, into the world. He is now 8 years old.

In 2019, Christall and Eddie decided to divorce. The reality star revealed that The Real Housewives of Johannesburg played a crucial part in their divorce. She said that her ex-husband was never 100% onboard in her career. According to her, he never fully understood why they needed to share so much about their private life on television. He was very uncomfortable with it, to say the least. (2)

After deciding to go on their separate ways, the pair found love again. Eddie has a new girlfriend, while Christall is in a relationship with a man she only identified as Mark. According to different reports, Mark is a UK-born Johannesburg businessman. In an interview with Grace Norman of the Oh Gee! show, the reality star described the few months of their relationship as ‘blissful’.

While still studying law, Christall Kay worked as a model for several magazines and even participated in the Rooi Rose model search alongside Charlize Theron. After finishing her law degree, Christall Kay worked as a lawyer for 10 years. She eventually quit law and ventured into the music scene. She went to New York after finishing her degree to connect the city’s local talent agents. After six months, she went back to South Africa and headed the Afro-pop Band, Seed. Afterward, she went solo and released her single Set Apart in 2014.

Today, Christal Kay is one of the stars of “The Real Housewives of Johannesburg” and a producer of various South African TV shows.

Christall Kay joined “The Real Housewives of Johannesburg” in Season 1 in 2018.

On her first season, there was already a beef between her and co-star Brinnette Seopela. Their constant altercation would eventually cause the cancellation of the show’s season 3 after Brinnette and co-star Gugu Khathi injured Kay after beating her up outside a club. After the altercation, several sources supported the actress and even agreed to be interviewed by Sunday World where one source said, “Do not be fooled by Gugu’s glam, she can be a straatmate. She once attacked my friend in a club, accusing her of flirting with DJ Tira.” (3)

In season 1, Christall enters the show as a married woman but would end it as single. Christall is cast along with Brinnette Seopela, Evodia Mogase, Mercy Mogase, Busisiwe Ter Mors, and Naledi Willers.  Chaos would often ensue between Christall and Brinnette.  In episode 2, Christall expressed her sentiments and claimed that all of the girls misunderstand her all the time.

In Season 2, both Christall and Brinnette divorced their husbands. In Episode 3, while in Cape Town all of the girls ganged up on Christall via a confrontation which lead to the latter having a breakdown. In episode 5, Christall befriends co-star Lethabo after having beef with her in the previous episodes.

In Episode 10, an altercation between Christall and Bridgette Sutter ensued due to a misunderstanding which resulted in the two of them giving each other a cold shoulder during the divorcee party.