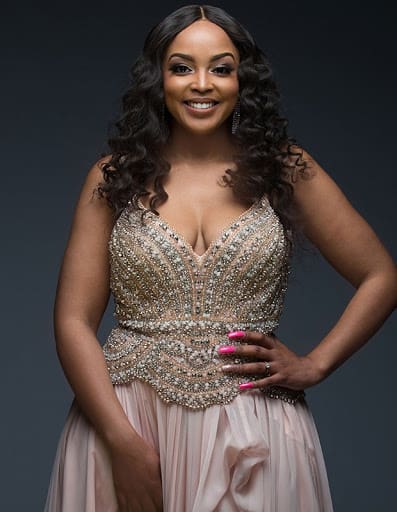 Lebo JoJo Mokoena Gunguluza is a South African reality star known for The Real Housewives of Johannesburg. She is also a well-known South African entrepreneur and a regular writer for the South African Music Awards (SAMA) magazine.

In 2021, Lebo JoJo Gunguluza’s net worth is estimated to be around $1 Million following her divorce with husband,  businessman, Lebo Gunguluza. Her career as a reality star and publishing editor is her main source of income. (1)

Prior to her divorce from her businessman husband, she had a net worth of a whopping $20 Million.

Lebo JoJo Mokoena Gunguluza is 29 years old. She was born on June 4, 1992, in Welkom, the second-largest city in the province of Free State, South Africa. There is no information about Lebo’s parents found online.

Lebo JoJo Mokoena Gunguluza was married to Lebo Gunguluza from 2018 until 2021. Her ex-husband with whom she shares the same first name is a well-known South African entrepreneur, inspirational Business speaker, and investor in South Africa’s Dragon’s Den TV Show. He is dubbed as “ The Breakthrough Entrepreneur”

Lebo’s husband is the chairman of Gunguluza Enterprises and Media Group (GEM) and has an excellent track record as a businessman. It was rumored that her marriage went on the rocks just a few years after their lavish wedding in Mauritius. The couple had a traditional marriage in 2017, and barely a year later, they had a modern wedding in Mauritius, where they flew over 30 guests to witness their exchange of vows.

Their modern wedding in Mauritius was one the most-talked-about weddings in South Africa. The grand wedding took place in a beach resort. The couple both had two outfit changes for the ceremony. During the ceremony, Lebo Mokoena wore a gorgeous white sparkling dress while Mr. Lebo wore a jaw-dropping cream-colored tuxedo designed by Master Suit South Africa. The second outfit worn by the reality star is what made her fans’ mouths drop. She wore a wedding gown made up of a lacy white bodice and adorned with thousands of diamonds. It also had a 3-meter train.

Speculations about the couple’s divorce surfaced after fans of the reality star noticed that she wasn’t wearing her wedding ring in one of the Instagram photos that she uploaded. The reality star’s husband, Lebo Gunguluza took to social media the news about their divorce in a bid to confirm all the speculations. (2)

The reality star’s divorce was a shock for a lot of people, especially their fans. Mr. Lebo was a well-loved businessman and the reality tv star was also well-loved by her fans during her time as a cast member in The Real Housewives of Johannesburg.

The couple shares one child together. They are co-parents to their only child and remain to be good friends.

It is unclear whether Lebo JoJo Mokoena Gunguluza went straight into the publishing industry, but before entering show business, she was a publishing editor at Izani Publishing. She eventually entered the reality TV show, The Real Housewives of Johannesburg. (3)

Today, she is working  on another book that aims to provide women and young girls with great life tools.

In her first season, Lebo was known to be demure. However, during the season’s finale she finally hit her breaking point when she shocked the viewers when she accused her co-star and friend Lethabo Lejoy Mathatho of borrowing wigs rather than buying them. She also threatened to sue Lethabo, after the latter spread rumors that her husband is going bankrupt.

In Season 2, the Gunguluzas showed a “power couple” facade. Her husband, businessman Lebo Gunguluza would always shower his wife with gifts and messages.