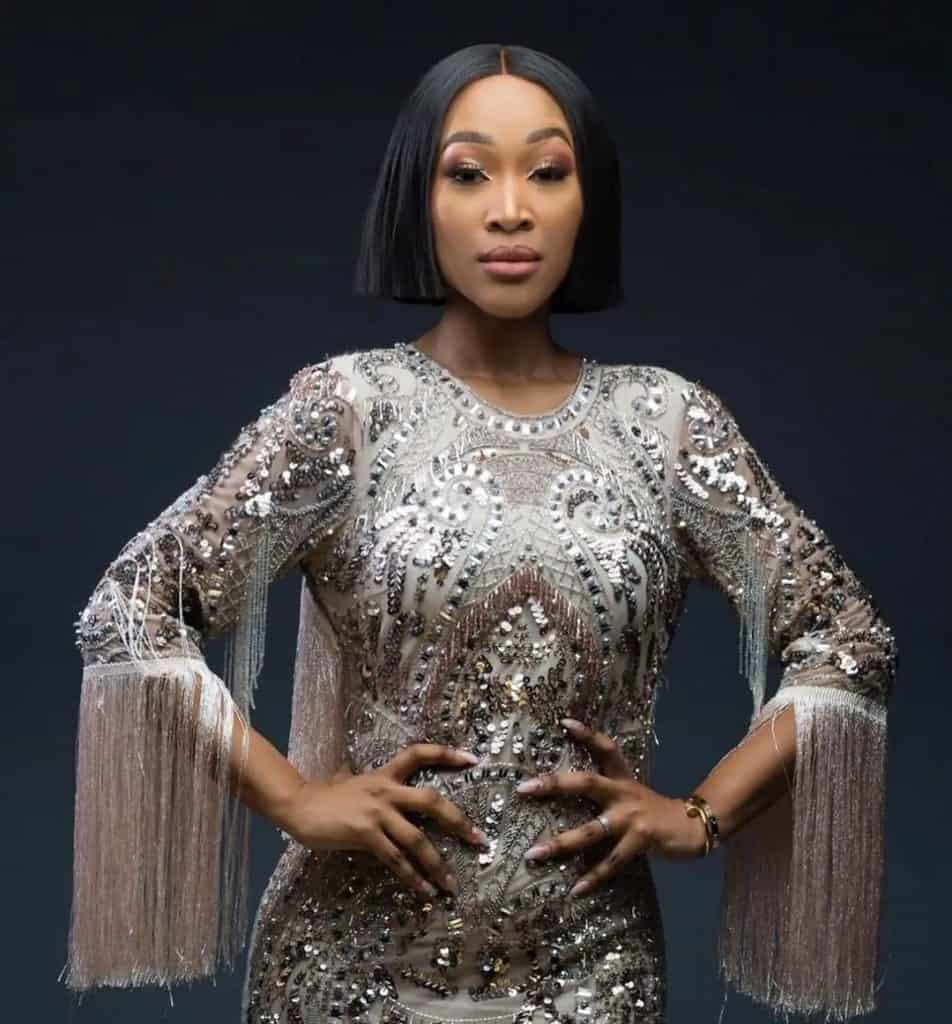 Nompumelelo Thandeka Mophatlane also known as Mpumi Mophatlane or simply just Mrs. Mops is a South African reality TV star known for her appearance in the second season of the television reality show, The Real Housewives of Johannesburg.

She is also known for being a businesswoman, socialite, and fitness enthusiast. She also became popular for showing her luxurious lifestyle on social media.

The reality star is also the current COO of Dynamic Recovery Services Cyber Security Company (DRS) and she also gets paid from her job as a South African actress.

Mpumi Mophatlane is 34 years old. She was born in Tsakane, Johannesburg on April 4, 1987. The reality star comes from a very financially well-off family. (2)

She was raised by her parents Tsotsi Sithole, an owner of a taxi company in South Africa, and Duduzile, a primary school teacher. Given her family background, it is not unusual for her to enjoy the most luxurious of things. In her own words, she is the “Queen of Shades” because she was born for the glitz and glam. 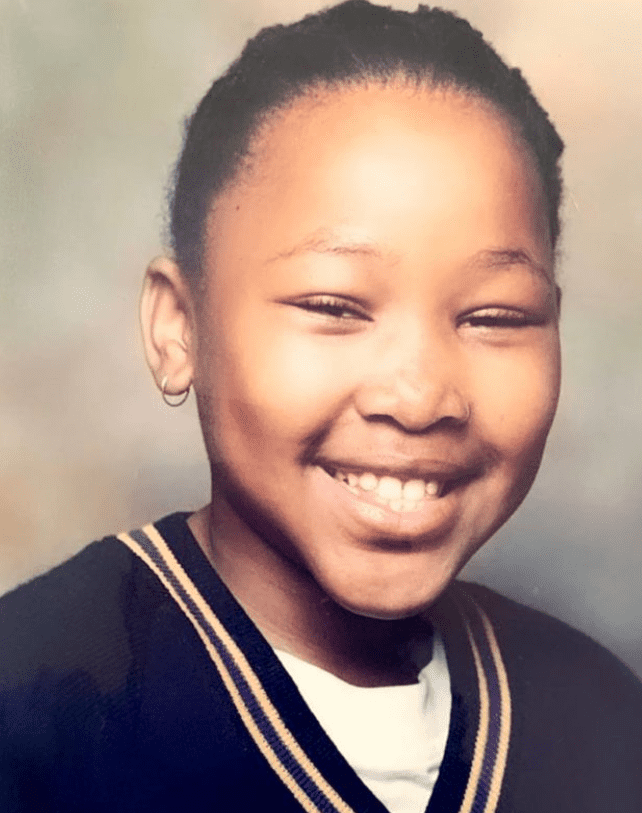 There is limited information about any siblings or other relatives of Mpumi Mophatlane found online. However, she has posted on Instagram a photo of a girl that she claims to be her sister, and her name is Arethur.

Mpumi Mophatlane went to college two times. First, she went to the Tshwane University of Technology and got her diploma in Radio Broadcasting, she studied there from 2005-2006. Perhaps a degree in journalism wasn’t really fit for her and so she went on and redirected her steps and ventured into Drama and Film. She studied drama and film from 2007-2010. Her major was Educational theatre, particularly children’s theatre, and the school she graduated from was also the Tshwane University of Technology. 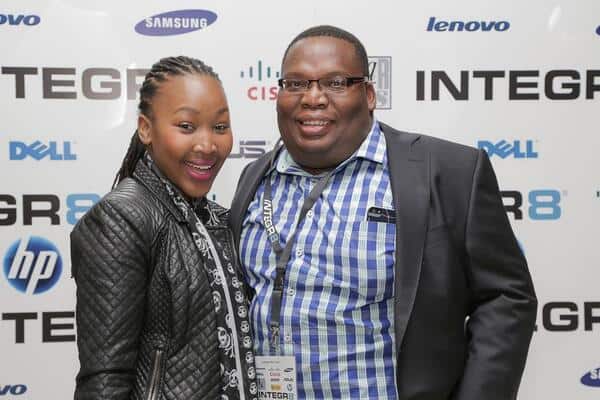 Mpumi Mophatlane is married to a business magnate. Her husband Lenamile Isaac Mophatlane. They had been married for more than a decade now and are blessed with three kids. (3)

The couple met back when the reality star was still a freshman in college. They got married and went to Milan, Italy soon after their wedding in 2008.

Her husband co-founded Business Connexion Group Ltd (BCX) together with his twin brother Leetile Benjamin Mophatlane. Unfortunately, his twin brother died at age 26 because of a heart attack in June 2014. His death prompted Mr. Mops to leave the company despite being its CEO.

Currently, he is the chairman of Bothomed LLC and also a member of the board at Catholic Education Investment Co., Exxaro Resources Ltd., Randevest Capital, and Crossfin Technology Holdings Pte Ltd.  His net worth is estimated to be around $50 million.

The hands-on mother of three gave birth to her first child in 2009, they named her Khumo Mophatlane. The lovely couple was then blessed with another child and in 2014,  their second child was born they named her Marang Mophatlane.

The reality star got pregnant again for the third time, and in 2018 her youngest daughter was born. They named her Sekai Mophatlane. The reality star keeps her children out of the spotlight because of the harshness of the industry she works in.

The couple’s marriage was put under rocks when accusations of adultery were thrown at Mrs Mops by her co-star Brinnette Seopela.

Because of her accusations, the public was quick to call Mrs Mops names such as gold digger and a devil with a forked tongue.

Despite the cheating allegations, Lenamile Isaac Mophatlane didn’t believe what other people say about her wife and still stayed by the reality star’s side. They are still married and still going strong as ever to Brinnette Seopela’s dismay.

After finishing her college degree, Mpumi Mophatlane started doing television commercials. Her first commercial gig happened in 2013, where she was cast in the Beacons Marsh  Mellows advertisement. It was also in 2013 when she became part of one of the Nutriday advertisements.

After doing commercials, Mpumi ventured into television roles. In  2015, she became part of the Sopie, Gogo Wodumo on Mzansi  Magic. On the same year, she starred in the short film Impilo Ka Thandaza.

From 2019-2020, she became a part of the  reality TV show, The Real Housewives of Johannesburg.

Today. Mpumi Mophatlane both works in sopies and the corporate world. She currently stars in channel 103 1Magic’s The River where her character’s name is Pearl. She is also the current COO of Dynamic Recovery Services Cyber Security Company (DRS).

Mpumi Mophatlane joined The Real Housewives of Johannesburg in season 2 in 2019. (4)

Mpumi Mophatlane made the second season of The Real Housewives of Johannesburg. Her alter ego Mrs Mops is a shade-throwing, sharp-tongued clapback queen who drew hate from the viewers. She was often the center of the drama. The most notable one perhaps was during the reunion episode of RHOJ, when tension ensued between her and Brinnette Seopela after the latter accused joburgs Mrs Mops despite having no evidence for her claims.

In episode 1-4, Brinnette and Mpumi weren’t exactly each other’s company but were actually civil with each other.

In episode 5, Mpumi and her co-star Lebo confront Tarina Patel about not inviting them to her send-off party.

In episode 6, Mpumi and her best friend in the show, Lethabo Mathatho gossips about Brinnette’s love life to which the latter eventually found out.

In episode 10, Mpumi opens up her home to the ladies where an altercation between Bridgette and Christall ensues.

In episode 11, Lethabo invites the ladies into her house, where Lebo becomes furious with Mpumi.