Jackie Goldschneider is a freelance writer, former attorney, and Real Housewives of New Jersey cast member. She enjoys writing about her experiences as a parent as the mother of two sets of twins. She’s published a biweekly parenting column for New Jersey newspapers since 2013, and has been a frequent contributor to websites like the Huffington Post and Scary Mommy.

Jackie Goldschneider’s hands are always entirely full. She is concerned about her children growing up in an affluent environment and is adamant that they grow up to be strong and self-sufficient.

In 2021, Jackie Goldschneider has a net worth of $2 million, which she has accumulated through her RHONJ appearances as well as her real-life job as a lawyer, writer, and blogger. Jackie went on to invest in houses in Manhattan and the Hamptons, as well as start her own real estate firm, utilizing the money she earned as an adult. She has attributed her success with money to the upbringing she experienced. (1)

Goldschnieder famously revealed on the show that in addition to her previous job as a lawyer, she has “family money” and declared herself as the “richest cast member.” Her parents invested their money well and set up a trust fund for her to access when she grew older. She borrowed a page from her parents’ book and invested in real estate when she needed money from the trust. She owns a Hamptons mansion that she rents out for $50,000 per month. She also owns and operates a real estate management company in New York.

Her ‘RHONJ’ co-stars were taken aback by her fortune, with co-star Jennifer Aydin being the most shaken by the idea that Jackie is affluent when she doesn’t appear to be. She opened up about the judgement she received from Aydin saying that if people were to look on her closet, they’ll see Chanel bags twice as much as Jennifer’s but she doesn’t post it on Instagram because it’s tacky.

As of 2021, Jackie Goldschneider is 45 years old. She was born in New Jersey on October 2, 1976. Her parents raised Goldschneider on Staten Island, New York. She mentioned that both of her parents started from the bottom and worked their way up. Her mother moved from Israel to America as a young girl and was a talented software engineer. Her parents made savvy stock investments and prospered. Her father, on the other hand, grew up in a Brooklyn housing project. Her mother arrived in the United States at the age of 13 and could not know a word of English. Her mother subsequently moved home with relatives in Brooklyn, where she went on to become valedictorian of her high school. 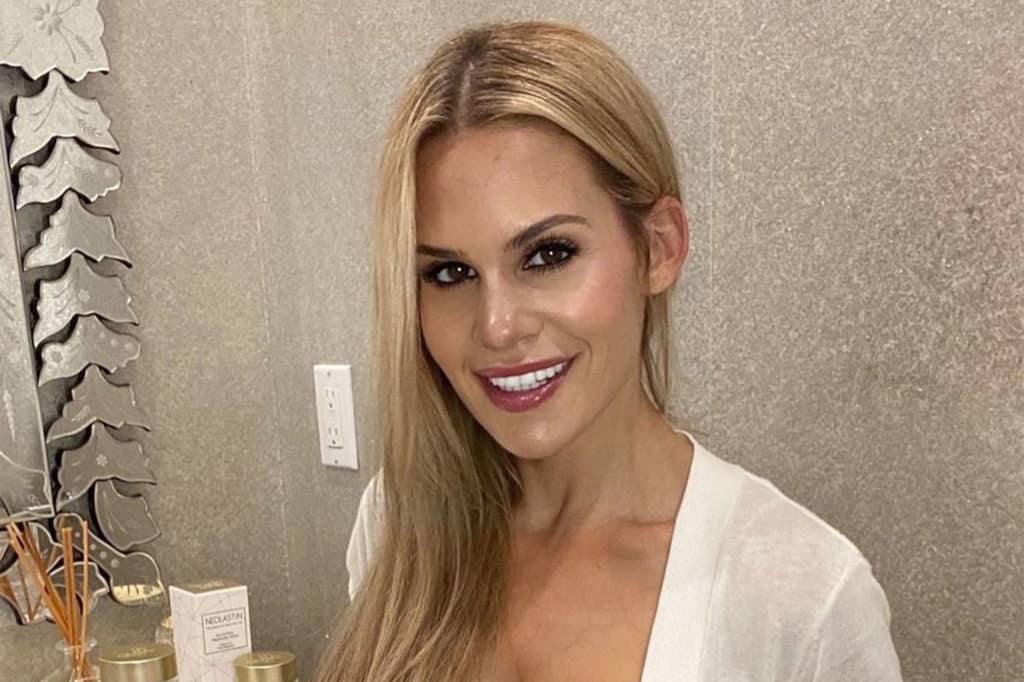 Her attended Brooklyn College and founded a computer software consulting firm in her late twenties and early thirties, where she ended up authoring a lot of the software that large corporations used. She remarked that she enjoyed looking through her mother’s undergraduate yearbook because she was the only woman in the entire economics chapter. This is also the source of their family’s riches, as her parents managed their finances well and invested in real estate in addition to stocks. (2)

She has a sibling, a sister that she said she never got along well. She has a fractured relationship with said sister that caused their fallout.

Jackie Goldschneider chose the law when it came time to select what she wanted to do with her life. Jackie went to Fordham University School of Law in New York City and practiced law for a while.

Before she settled down with her husband, her mother shared a brief glimpse into the Goldschneider family fortune via a look at a $15,000 engagement ring that Jackie’s mom bought off of her ex-boyfriend so he wouldn’t propose to her. (3)

After graduating, she met her husband Evan Goldschneider in a dive bar and the two went on to marry. Since 2006, Goldschneider has been married to Evan Goldschneider, an entrepreneur. He is currently a partner at Hawthorne Lane Capital Group. Prior to that, he has worked at companies like Beachhead Capital Management, Bank of America Merrill Lynch, Olympia Capital Management, and Risk Metrics Group. Together, the couple is blessed with four children which includes two sets of twins. Jonas and Adin, the first twins, were born on April 3, 2008, while Hudson and Alexis, the second twins, were born in 2010. The family currently resides in Tenafly, New Jersey.

Jackie is a former real estate attorney but has built a successful second career in real estate management and freelance journalism. Before her days as on RHONJ, Jackie was a lawyer. She worked as an attorney for seven years, five of which were spent in real estate law. (4)

According to reports, what began as a mommy-blogging project for the busy mom swiftly evolved into an opportunity to write her own regular column in a small New Jersey newspaper, suitably dubbed Minivan Musings. According to Esquire, she went on to write many more essays for numerous publications, including Huffington Post and Scary Mommy.

The freelance writer also moonlights as a property manager, as shown on Real Housewives of New Jersey, when she leases out a family beach house that she inherited. As you may recall, Jackie entertained the ladies at her Hamptons house during Season 10 – a nice deed that would later come back to haunt her as the ladies began to wonder how much money their humble and unassuming castmate was worth.

According to Bravo TV, Jackie eventually took to an episode of Watch What Happens Live to clear the air when a fan called in to ask how much she was able to make from the holiday rental. On the live program, she admitted, “My beach house is actually $60,000 a month.” One thing is certain: this well-known Housewife wears a lot of hats.

Today, Jackie Goldschneider handles a successful second career in real estate management and freelance journalism alongside her job as a lawyer and is one of the stars of “The Real Housewives of New Jersey”.

Jackie Goldschneider joined the cast of “The Real Housewives of New Jersey” in season 9 in 2018.

Jackie Goldschneider joined the group of The Real Housewives of New Jersey in 2018, and she immediately made an impression by criticizing Teresa Giudice’s relationship with her now-ex, Joe Giudice. Teresa and Jackie’s feud has reached a breaking point in RHONJ season eleven. Teresa Giudice circulated allegations about Evan cheating on Jackie at Evan’s birthday party in the debut episode. Starting a rumor is seductive, especially when it occurs at a person’s special event. Jackie sat down with Teresa and used a misguided analogy about Teresa’s daughter Gia, “Well, I heard Gia snorts coke in the bathroom at parties,” as a way to demonstrate how much rumors can hurt reputations.

This did not go well for Jackie since Teresa realized that her daughter was being disparaged. Gia Giudice, for one, isn’t convinced by the comparison. Teresa had no idea Jackie was attempting to make a point about spreading malicious stories. Jackie was also attempting to convey the magnitude of the harm caused by gossip. Jackie ended up igniting a rivalry that might last the rest of the season.

Teresa has stated that she has no intention of apologizing, and Jackie has also stated that she would not apologize. Jackie, as a lawyer, is no stranger to presenting her case and is determined to win whatever discussion she participates in. Jackie later decided to forego a cast trip to the lake in order to spend time with her family. Her feud with Teresa will undoubtedly be chronicled and broadcast on the forthcoming seasons of The Real Housewives of New Jersey.

Cast-mate Caroline Manzo weighed in on the feud by saying that “two wrongs does not make a right.” Caroline Manzo believes there’s almost too much drama between Teresa Giudice and Jackie Goldschneider on this season of “The Real Housewives of New Jersey.” Online platform Page Six exclusively reported in February 2021 that Teresa made up the rumor out of fear she was going to be axed from the Bravo show for not having enough drama. Teresa’s lawyer, James Leonard Jr., claims Teresa has always been “genuine and real.”

Manzo, 59, recognized that it’s “probable” that producers promoted the feud, but said that “two wrongs don’t make a right,” and that Goldschneider isn’t blameless. Jackie, 44, eventually admitted that she had never heard Gia use cocaine and was merely creating a comparison. (5)