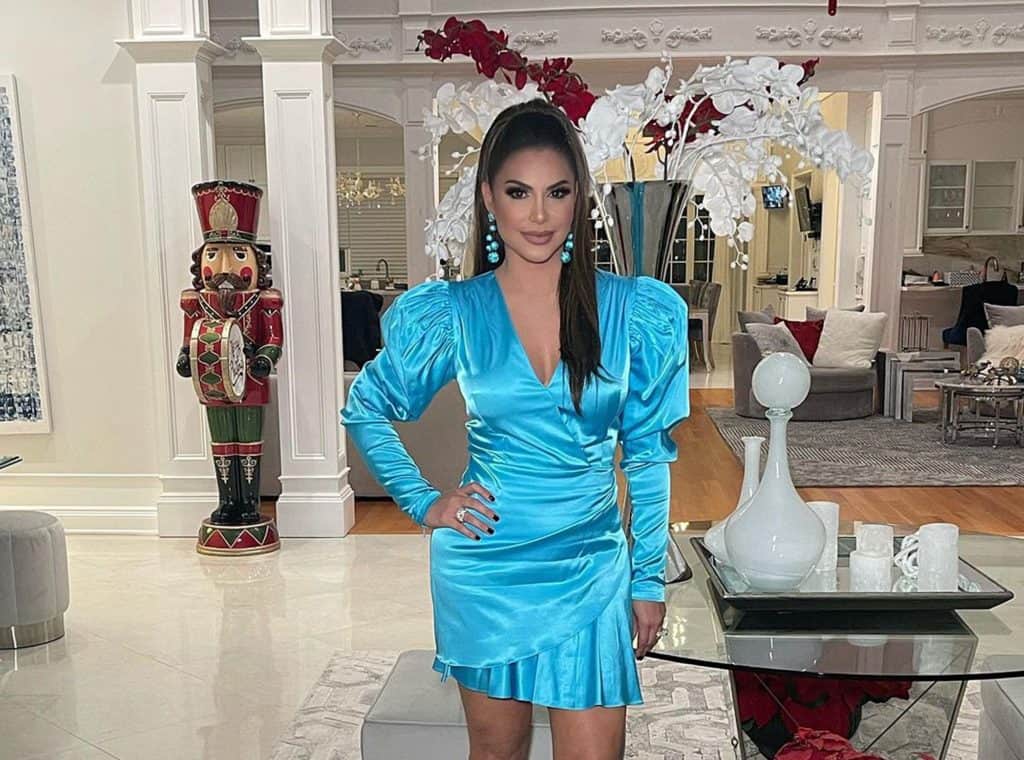 Jennifer Aydin is an American reality television actress who is best known for starring in Bravo TV’s popular show “The Real Housewives of New Jersey (RHONJ)” in its ninth season. She is a socialite, reality television star, producer, author, and entrepreneur.

Jennifer is preoccupied with everything else. She comes from a traditional Turkish household and constantly prioritizes her family. This self-described “funny girl” is eager to demonstrate what it’s like to laugh out loud to the rest of the world. She is always willing to defend anyone, especially herself, whether it is her children or her siblings. Jennifer also successfully introduced her first product, “The Ultimate Beauty Pillow,” which helps you to sleep with perfect skin and sustain face rejuvenation.

Jennifer Aydin has enjoyed a long career in the television and business industry. She has amassed a modest fortune through the earnings of her work as a reality star, producer, author, and businesswoman. As of 2021, Aydin’s net worth is estimated to be at $11 million. Thanks to Bill’s plastic surgery business which helped her earn such a hefty amount. Her appearance on RHONJ also added some amount to her bank account. (1)

It is quite unclear how much Jennifer earns on RHONJ season by season. Some of the ladies make roughly $100,000 per season, and Teresa Giudice is said to make around $1 million per season. Given that Jennifer joined the cast of RHONJ in season 9 and we are now in season 11, we are convinced that she is earning a sizable salary.

She is frequently referred to as one of RHONJ’s wealthy celebs. This is also demonstrated by her opulent mansion in Paramus, New Jersey. It’s a three-million-dollar house with 16 baths. This home is fully equipped with a movie theater, massive walk-in closets, a sauna, and an elevator. Outside there are massive gardens, a large swimming pool, and two basketball courts.

Jennifer Aydin is is 44 years old. She was born on April 16, 1977 in Flushing, Queens in New York. Despite her immigrant parents’ use of Turkish and even Arabic at home when she and her three siblings were growing up, the second child of John and Josephine Altinel sounds like a typical Long Islander. “I’m what’s called Aramaean or some people prefer to say Assyrian,” Aydin adds of her ancient ancestors, referring to the Semitic people who began in modern-day Syria and spread all the way to south-central Turkey before being absorbed by the Neo-Assyrian Empire in the ninth century BC. “It’s much easier for me to simply state that I’m Turkish.” (2) 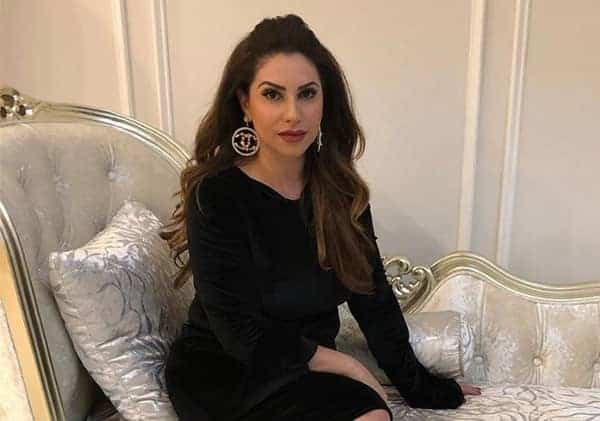 John, her father, is a jewelry designer who also operates a jewelry store. Aydin’s father worked for a company that created jewelry for Tiffany and A&S, and he was able to accumulate enough money to buy a house in Plainview thanks to these large accounts. She has three siblings: two brothers, Michael and Steven Profita, and a sister, Tina Profita. Her older brother Michael took over the family’s Woodbury jewelry store when their father semi-retired.
Tina Profita, their younger sister, worked as an attorney for seven years before joining Dr. Aydin’s Paramus clinic as the office manager. Steven, the youngest sibling, is the creator and artistic director of the Long Island Musical Theatre Festival as well as the choral director at Walt Whitman High School in South Huntington.

When Jennifer was about three years old, Aydin’s family relocated to Plainview. Jennifer Aydin earned a master’s degree in business after graduating from John F. Kennedy High School in 1995 and Hofstra University’s Frank G. Zarb School of Business five years later. In the year 2000, she earned her bachelor’s degree.

On terms of her personal life, Aydin is happily married to her loving husband, Nebil Bill Aydin, a well-known Turkish-American plastic and reconstructive surgeon who also appeared in RHONJ. (3)

Jennifer revealed that her parents arranged her up with another boy. She had no interest in firsthand, but she accepted when her parents insisted that she attend a wedding in California so that they might meet. Bill was the best man at his brother’s wedding, where he was the best man. It was as if it had been love at first sight.

Jennifer, on the other hand, made no mention of how or when they began dating. Jennifer and Bill met for the first time on Labor Day weekend in 2001. They both attended her brother-in-law’s wedding. They hit it off right away. The two had been talking on the phone for six weeks and were on their second actual date when Bill muttered something about her becoming his wife. She said yes, and the two married at the Westmount Country Club the weekend before Labor Day in 2002, exactly a year after they met.

It’s been over a decade since the couple exchanged wedding vows, and they’ve been together ever since. Bill, on the other hand, has been accused of cheating on his wife on several occasions, but they have remained united throughout the ordeal.

Even before college, Jennifer longed to be independent since she was a child working in her parents’ jewelry store on Long Island. She briefly launched her own jewelry boutique after graduating from Hofstra University with a business degree in 2000, but closed it after becoming engaged to Dr. Bill Aydin in 2001. (4)

Jennifer had a childhood dream of being a famous actress. Her dreams appear to be coming true, as she has become a well-known television personality.

Jennifer has her own cooking show on YouTube before joining RHONJ. Her family had a successful jewelry company, and she had also appeared on New Money. When Jennifer and Bill initially met, he was in residency, and they didn’t have a lot of money in those early years. What they did have was thanks in part to her helping him launch his plastic surgery practice, which she claims is why she deserves to be spoiled now. She began her career as a contestant on the Turkish cooking show “Turkish Cuisine Folge.” Her career-changing opportunity came after she was chosen as one of the “Real Housewives of New Jersey” cast members.

Jennifer’s entertainment career appears to have been preordained; she disclosed that her mother named her after a character in the 1970 film Love Story.

Today, Jennifer is now a mother of five, a homemaker, and a wife. She also said that she carried a fifth child for a special reason.

In 2018, Jennifer Aydin joined the crew of the reality show in its 9th season along with other stars Teresa Guide, Danielle Staub, and Melissa Gorga.

On her first season, Jennifer Aydin made no secret of her use of Bill’s plastic surgery practice, albeit she waited until after she had given birth to her five children to begin. She reportedly underwent a belly tuck and back liposuction, as well as contouring, after first seeing herself on RHONJ. This is why she has a small waist after having children.

She underwent a breast reduction and lift after that. She’s got her hair removed as well. Yes, because she had her brows done, that qualifies. These operations took place in the year 2019.

She most recently flaunted her new nose and chin. She shared photographs of her nose bandaged and some swelling in her jawline on Instagram.

Part of the allure of being so forthright about her body changes could be a desire to participate in future projects. One possibility is to be a part of another Bravo show that is more family-oriented, which she expressed interest in doing in an exclusive interview with Cheatsheet.

Jennifer’s performance on the show has merely gotten better and better. Her charismatic presence wowed everyone in the room. Jennifer rose to prominence after a feud with Margaret and Jackie Goldschneider, two other participants of the show. After she made fun of her co-stars, the situation became hot and ugly. Jennifer has never been shy to flaunt her attitude on the set of RHONJ. She also flaunted her wealth throughout the show, donning a sophisticated couture ensemble. In practically every episode, she wears Chanel and has a beautiful home to match her dazzling fashion choices.

Teresa Giudice’s late father, Giacinto Gorga, is still being remembered by Jennifer Aydin, who sent her The Real Housewives of New Jersey castmate a homemade personal present in his honor. Teresa turned to Instagram on June 23 to express her gratitude for Jennifer’s present.

Numerous images of Giacinto, affectionately known as Nonno, posing with Teresa, Joe Gorga, and other members of their family were shown in the framed collage. She wrote, “Thank you so much.” Teresa and Jennifer are friends, and the two women often have date nights with their husbands.

However, just recently, Jennifer Aydin hinted at a fall-out from her best friend Teresa Giudice, as she claimed she may not be invited to the star’s wedding. Jennifer’s Charity Masquerade Ball at 46 Lounge in New Jersey on Wednesday prompted the potential Real Housewives of New Jersey conflict. The event was held to support her brother Steven’s non-profit musical theater group Long Island Musical Theater Festival. Apparently, Teresa backed out of it.

Jennifer Aydin and Melissa Gorga have been feuding since Jennifer Aydin joined The Real Housewives of New Jersey for season nine. It all started when the women from New Jersey went on their cast trip at the end of season nine. During their last dinner, Margaret Josephs and Danielle Staub got into a heated disagreement. Margaret tossed a glass of wine in Danielle’s face as the situation became tense. Jennifer and Melissa got into a heated argument after Margaret departed. A glass was shattered during the brawl.

Jennifer has been in the center of multiple internal feuds since joining the group. During her first season, she was frequently at odds with Margaret, as well as Jackie. Melissa and she had a few spats towards the conclusion of season 9, but their animosity didn’t really take off until season 10. Jennifer and Melissa have had a long-running dispute since the season’s reunion. (5)