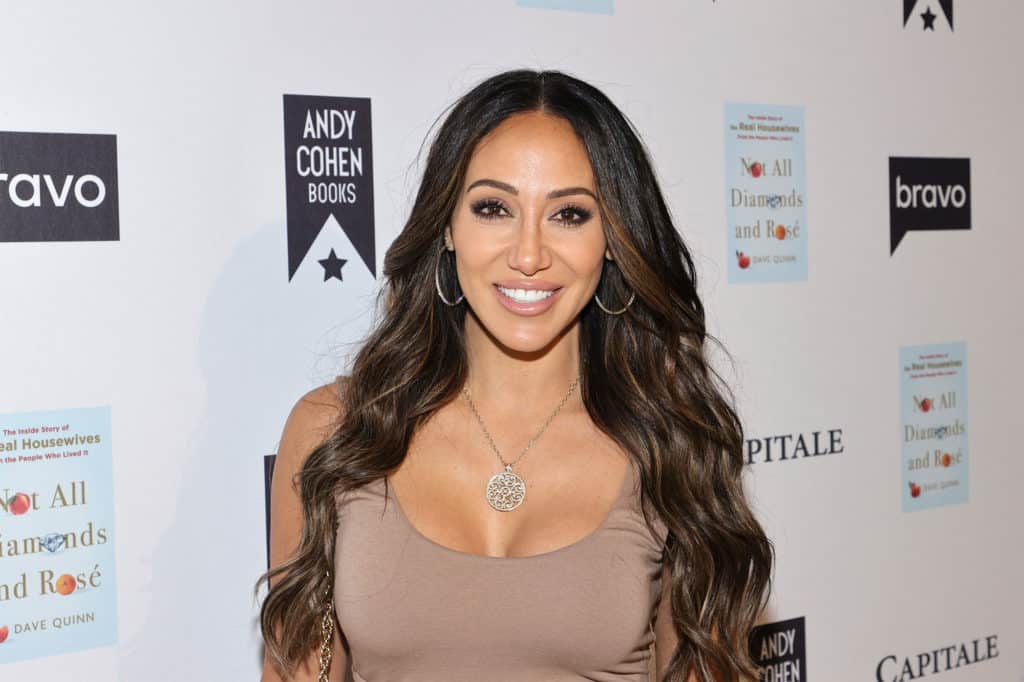 Melissa Ann Gorga (née Marco) is an American television personality, author, singer, designer, and businesswoman who was born on March 21, 1979. She joined the cast of The Real Housewives of New Jersey in 2011, while the program was in its third season.

In 2011, Gorga became a prominent cast member of Bravo’s reality television series The Real Housewives of New Jersey. She was featured on the cover of the August issue of Boardwalk Journal in 2011. She’s also appeared in Paper and Us Weekly pictorials.

She is married to Giuseppe “Joe” Gorga, who is Teresa Giudice’s brother and also stars on The Real Housewives of New Jersey. Antonia, Gino, and Joey Gorga are the Gorgas’ three children.

In 2021, Melissa Gorga is a reality television star from the United States with a net worth of $3 million. That is her and her husband Joe Gorga’s combined net worth. Melissa Gorga and her husband Joe rose to fame and fortune after joining Bravo’s The Real Housewives of New Jersey cast. Melissa makes $750,000 per season, according to a 2015 report by Radar Online, the same salary Teresa earned when she went to jail. (1)

Her wealth is also increasing from her work supplementary to her career. The “On Display” singer released her book, Love, Italian Style: The Secret of My Hot and Happy Marriage — which famously details Melissa’s own tips and tricks she uses to keep her relationship with her husband fresh and fun in 2013. In addition, Melissa founded the ENVY store in Montclair, New Jersey. Since its opening in 2015, the store, which was built by her husband, has been featured on the show multiple times. Outside of reality television, she has been extremely successful in all of her endeavors.

Over the years, the Gorga family has struggled with financial and legal challenges. According to estimates from 2012, Joe and Melissa were $2.5 million in debt to at least one bank. According to reports, the couple owed $2.25 million to Sterling Bank on a mortgage they took out in 2007, as well as another $250,000 to various creditors.

Joe has also been sued on several times, most often for unpaid invoices. In one case, a window firm sued Gorga for $25,000, alleging that they had never been paid for their work. The window company claimed that Joe Gorga was flaunting his wealth on national television while failing to pay a basic bill costing $25,000 throughout the court process. In New Jersey alone, Joe Gorga has been the subject of over 26 liens and civil court judgements. However, the majority of the civil judgements were for amounts less than $15,000.

Melissa Gorga is 42 years old. She was born on March 21, 1979. Melissa was born in Toms River, New Jersey and was raised by her parents, Anthony John Marco and Donna Marco. (2)

Melissa Gorga is of Italian descent. 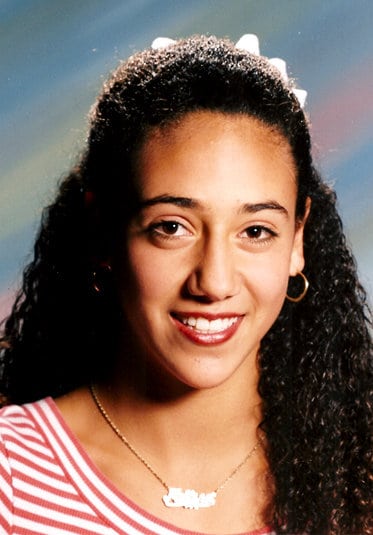 To most people, Melissa Gorga is a Real Housewife. But to her family, she’s their sister. Lysa Marco-Simpson and Kim Marco Pirrella are Gorga’s sisters. The Real Housewives of New Jersey star also revealed that she has a third sibling. She attempted to contact her third, previously unknown sister, according to BravoTV. Melissa Gorga is one of the most well-known reality television stars in the world. Her sisters, likewise, have become stars in their own right since their sister returned to the show.

While in college, Melissa Gorga attended New Jersey City University and lived in Bayonne, New Jersey. She graduated with a B.A. a psychology and education degree

Before entering college, she went to a local high school in Boca namely Boca Raton High School where she was one of the most beautiful and talented cheerleader.

She is married to Giuseppe “Joe” Gorga, who is Teresa Giudice’s brother and also appears on The Real Housewives of New Jersey. The Gorgas live in Montville, New Jersey, with their three children, Antonia, Gino, and Joey.

The pair were married on August 20, 2004 and according to Melissa herself, their relationship is a bit strenuous. Even though they’ve been married for 16 years, they’re constantly learning about one other and are at a crossroads in their relationship. After recent troubles that fans witnessed unfold on Real Housewives of New Jersey, Melissa Gorga said that her relationship with Joe Gorga is “much better.” (3)

Normally, the pair would watch RHONJ episodes together, but for season 11, they decided to skip it.  Joe, 41, was seen in recent episodes having to adjust to Melissa’s job life, despite his support for her aspirations. The COVID-19 outbreak gave the couple, who married in 2004, more time together, but it also drove them to confront their issues.

Melissa Gorga of The Real Housewives of New Jersey announced in 2020 that she will not have any more children or undergo fertility treatments, claiming that she is past her reproductive years. Melissa and her husband, on the other hand, started fertility treatments in February of last year in the hopes of having a fourth child. She reportedly frozen her eggs in the past in case they wanted to try their luck on having a baby again.

Melissa and Joe purchased a luxurious property in Montville, New Jersey, for $950,000 in 2009 where they lived with their children. Six bedrooms, a movie theater, a billiards room, a library, a gym, a recording studio, a pool, and a hair salon are among the amenities. They listed the 9,100 square-foot home for $3.8 million in 2012, at the height of their claimed financial difficulties. Even after lowering the asking price by over a million dollars, they were unable to locate a buyer. They finally sold the house for $2.5 million in December 2020.

In 2011, Gorga became a prominent cast member of Bravo’s reality television series The Real Housewives of New Jersey. She was featured on the cover of the August issue of Boardwalk Journal in 2011. She’s also been featured in Paper and Us Weekly photo shoots.

“I Just Wanna,” her fourth song, was released in September 2012. It was accompanied by a music video, which was written by and featured hip hop vocalist Santino Noir. Gorga told E! in January 2016. She said that she will not be pursuing her music career, but showed an interest in doing so in the future.

St. Martin’s Griffin published her book “Love, Italian Style: The Secret of My Hot and Happy Marriage” in 2013. Gorga debuted a jewelry line on HSN in 2014. She founded Envy by Melissa Gorga, a clothes store in Montclair, New Jersey, in late 2015, in premises developed by her husband, Joe. (4)

Due to a disagreement with her business partner, Jackie Beard Robinson, the store was temporarily closed in January 2017, however it reopened later that month. Robinson sued Gorga in December 2017, stating that Gorga falsely accused Robinson of stealing products from Envy.

Teresa Giudice and the Gorgas opened Gorga’s Homemade Pasta and Pizza in East Hanover, New Jersey, in May of 2017. The restaurant closed in January 2018 in search of a larger facility and new management.

Today, Melissa Gorga manages her own boutique ENVY. Melissa’s fashion sense echoes the boutique, as she selects things from a diverse range of rising designers to established trend forward labels by herself.

Melissa Gorga’s family was shocked when she was cast in the third season of “The Real Housewives of New Jersey.” Teresa Giudice’s in-laws, along with her husband’s cousin Kathy Wakile, made their Bravo debut as Teresa Giudice’s in-laws. Wakile debuted as a cast member and friend during seasons three and five, sharing her ups and downs with Teresa and Melissa. Unfortunately, after years of back and forth, Kathy Wakile and Melissa Gorga no longer speak.

Melissa Gorga and Teresa Giudice have had a lot of strain in their relationship. Teresa was allegedly involved in a conspiracy to portray Melissa as a stripper during one season. When Joe Giudice went to prison on tax fraud charges, relations between the two of them started to thaw out after many physical fights between their husbands.

Jennifer Aydin and Melissa Gorga have been at odds since Jennifer Aydin joined The Real Housewives of New Jersey for season nine, and we’re about to expose their dispute history. It all started when the women from New Jersey went on their cast trip at the end of season nine. During their last dinner, Margaret Josephs and Danielle Staub got into a heated disagreement. Margaret tossed a glass of wine in Danielle’s face as the situation became tense. Jennifer and Melissa got into a heated argument after Margaret departed. A glass was shattered during the brawl. Jennifer and Melissa have had a long-running dispute since that season’s reunion.

During Season 10, Melissa and Jennifer got into another fight about throwing dishes. After throwing a dish in front of Melissa, Jennifer walked away from a lunch date with the cast. This feud faded down immediately, but it resurfaced during the reunion. Melissa was chastised by Jennifer for creating tales for the show. She even referred to her as conceited. At the reunion, nothing was settled between them, but they made peace at the start of season 11.

Melissa and Jennifer got into a furious argument right before the season 11 reunion was about to air, despite having previously patched up their differences. Melissa started the feud by posting a photo of the cast without Jennifer to her Instagram account, @melissagorga. Jennifer adores seeing the feud between her and her sister-in-law, Teresa Giudice, the “greatest housewife,” according to the description. Jennifer retaliated, once again mentioning Melissa’s made-up plots. She claims that, in contrast to Melissa’s, she tells true stories. Melissa was described as a “snake” and “boring” by Jennifer.