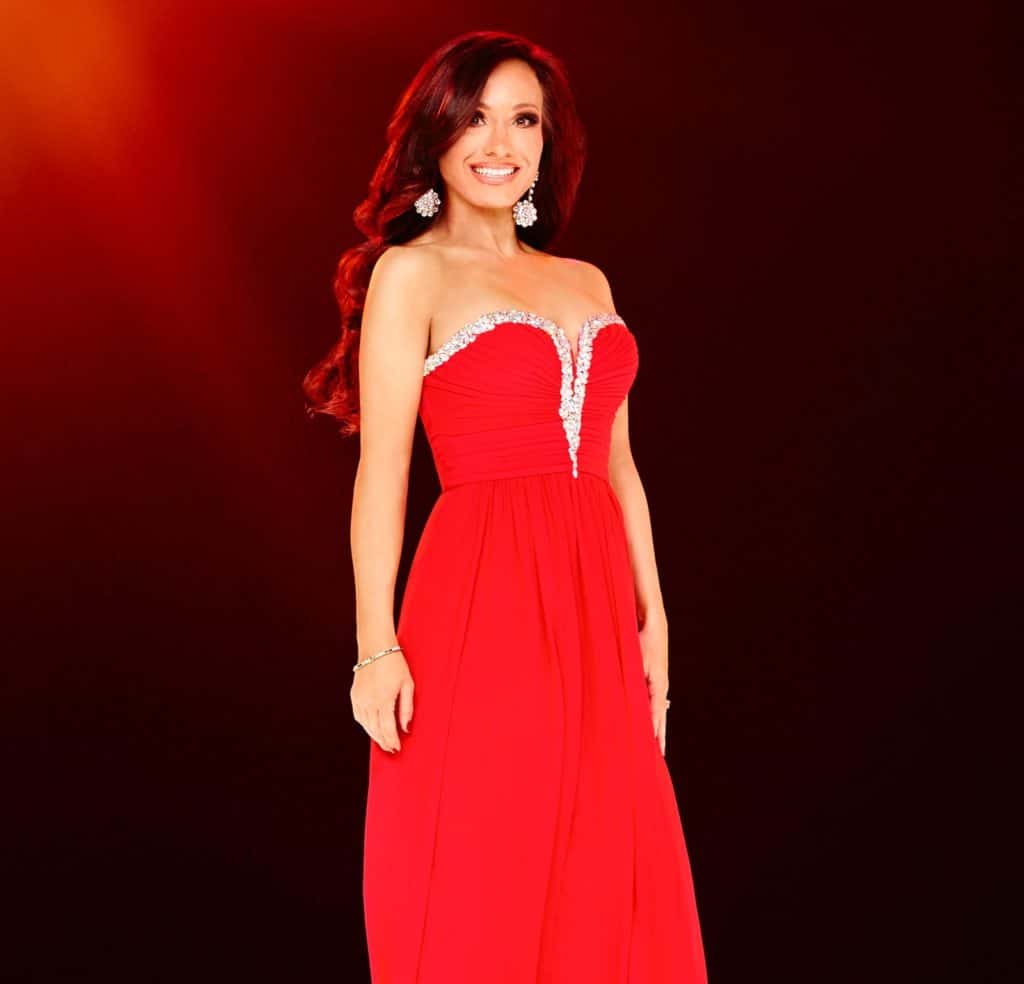 Teresa Napolitano Aprea is one half of a dynamic set of twins that live in Colts Neck, New Jersey. Nicole, her twin sister, is her best friend, and the two of them exude great energy, love, and are always up for a good time. Teresa shares her home with her husband, Rino, and their incredible 18-year-old son, Giovanni. Teresa married her spouse Rino in 1991, divorced, and remarried at their house after 11 years apart at a New Year’s Eve bash in 2010.

She spends her free time assisting her husband in the operation of their award-winning eateries. Angelo’s of Mulberry Street is their business (a true landmark, family-owned for years, and even Presidents have dined there). They bought Ponte Vecchio in Bay Ridge four years ago and refurbished and designed it with flair and impeccable taste. It’s Brooklyn’s hottest restaurant and THE place to be seen, and it’s always packed with interesting people.

In 2021, Teresa Napolitano Aprea has a net worth of $10 million and is an American businesswoman and reality television personality. She is most recognized for her role as a cast member on The Real Housewives of New Jersey, a popular reality television show. She earns most of her income through her work as a TV star. Alongside her sister Nicole, she earned a whopping $60,000 during their stay on the said show. (1)

Her wealth is also increasing from the incredible work that she and her husband do in handling their businesses. Her spouse runs two award-winning restaurants: Angelo’s of Mulberry Street in New York City (a family-owned restaurant founded in the early 1900s) and Ponte Vecchio in Bay Ridge (bought by the couple a few years ago). Given the popularity of the two places, it’s safe to assume that the majority of her money stems from their success. She continues to assist her husband with the restaurants to this day. Moreover, her husband owns a prestigious Italian restaurant called Little Italy among the others. Angelo’s of Mulberry Street is a New York staple, it’s even been visited by the past presidents of the United States of America.

Teresa Aprea is 52 years old. She was born on September 4, 1969 (age 52) in Brooklyn, New York, United States and was raised by her parents, Santa Napolitano and Salvatore Napolitano. Parents Salvatore and Santa Napolitano both appeared on the show together with their daughters. (2) 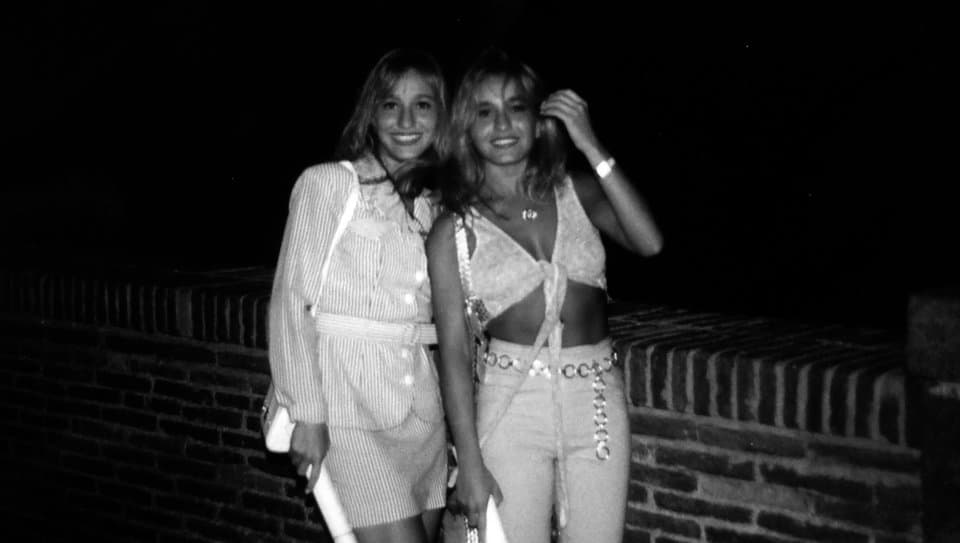 They were a loving, modest family of four. Sal and Santa had two children, Teresa and Nicole, who are twins. They have each other’s backs because they’ve been together their entire lives. They consider themselves best friends. They radiate great energy, affection, and are always up for a good time. Teresa, like her twin sister, had a full-time position on RHONJ in season 6 and a guest appearance in season 7.

Unlike her sister Nicole, Teresa Aprea has no retrievable information on the ineternet regarding her educational background. Since her sister studied and finished her degree in a well-known school, it is safe to say that Teresa also attended a school like her sister’s.

Teresa Aprea has been married to Rino Aprea, a national television personality and chef, since April 1991. Rino Aprea, Teresa Aprea’s husband, has performed on numerous cookery shows and is a natural comic. Rino and Teresa Aprea own two restaurants in New York City, as previously stated. Teresa’s marriage to her husband had always been a touch tumultuous. Before divorcing, the pair had been married for roughly seven years. Rino and Teresa Aprea married again after a while. Rino has a kid named Giovanni Aprea with his wife Teresa. Giovanni Aprea, Teresa Aprea’s son, was born on February 1, 1996. Giovanni’s personal life has been kept under wraps. (3)

Although their marriage seems perfect despite their divorce, there’s been a big rumor flying around within the New Jersey housewives that Teresa’s husband Rino slept with her mother, Santa, leading to their divorce (the pair has since remarried). Victoria Gotti started it, telling Teresa Giudice and Amber Marchese that she learned it from Rino when he and Teresa were divorced. It’s making the rounds in the cast right now, and the Aprea family isn’t happy about it.

Teresa Aprea initially featured on Bravo’s The Real Housewives of New Jersey in the sixth season in 2014. Nicole, her sister, was also a cast member this season. Teresa and Nicole also hosted BlogTalkRadio’s Girls In Heels from 2014 to 2016.

She spends her free time assisting her husband in the operation of their award-winning restaurants. Angelo’s of Mulberry Street is their business. They also bought Ponte Vecchio in Bay Ridge, which they refurbished and decorated with flair and impeccable taste. (4)

In February 2018, a fire at the couple’s restaurant, Angelo’s of Mulberry Street, injured twelve people. Angelo’s “will be back stronger than we ever were,” Teresa promised the New York Post at the time.

Teresa enjoys traveling from one end of the world to the other. Nothing, she says, compares to traveling around the world with her family and meeting new and intriguing people along the way. Her favorite trip was a three-and-a-half-hour Concord flight to Paris, the city of lights and love, but most importantly, fashion.

Teresa’s flair for fashion and never-ending sense of style are only surpassed by her boundless energy and personality. Her magnetic force is created by her fashion, enthusiasm, and attitude. She enjoys throwing spectacular soirées and supper parties for a large group of friends and fascinating individuals.

Teresa Aprea joined “The Real Housewives of New Jersey” in season 6 in 2014.

Teresa Aprea was a fantastic opportunity for Bravo when she was cast in Season 6 of Real Housewives of New Jersey. She and her sister Nicole Napolitano were quickly sucked into the drama of the other Housewives, and now they’re bringing so much family drama of their own that it almost puts the Giudice/Gorga clan to shame – almost. Teresa’s husband Rino is said to have had an affair with her mother, Santa, which led to their divorce (the pair has since remarried). Victoria Gotti started it, telling Teresa Giudice and Amber Marchese that she learned it from Rino when he and Teresa were divorced. It’s making the rounds in the cast right now, and the Aprea family isn’t happy about it.

When the Victoria episode initially aired, an unknown source told Radar Online that it was true, that Rino and Santa had slept together on several occasions. Teresa has rejected the accusations on social media and in a blog post for Bravo. Teresa responded to the rumors by retweeting them and posting a passive-aggressive remark on her Instagram account. Teresa Giudice told Dina Manzo about the story, and RHONJ previews have revealed that if the show ever gets to the Florida vacation, Jim Marchese will confront Teresa Aprea about it directly – and not very delicately. Teresa stated that Santa is prepared to sue Jim for defamation of character.
Victoria managed to avoid Teresa’s fury for spreading the rumor in the first place, although it’s unclear how she did so.

Teresa Aprea confronted Teresa Giudice for fabricating a story that her husband Rino cheated on her with her mother, Santa, on Teresa Giudice’s last day following her 15-month prison sentence.

“Teresa, you simply sh*t all over my family,” the twin lamented in her confessional. That is something I would never do to you.”
“That’s why yours is being destroyed right now; Karma’s a bitch, clink, clink,” she muttered, her wrists clasped together as if in chains.

Teresa Aprea chose Dina Manzo’s Project Ladybug charity event, which raises money for children with cancer, as the venue for her legal battle with the housewife.

“If anything happens from here on out, whomever begins it will lose a friend,” Dina warned Teresa Giudice about fighting with the twins during the event.
Teresa Aprea started the brawl by bringing up Victoria Gotti, the woman who spread the rumor to Teresa Giudice and Amber Marchese.

“What was stated was plainly so horrible and vulgar,” she remarked. “Anyone who repeats such a thing should be ashamed.”

“I didn’t want to go on,” Teresa Giudice replied. “I’ve got my own issues… if the story did get to you and was twisted in the wrong manner, I simply wanted Dina to know the truth.”

But despite all of the yelling and tirade of insults, the two decided to just hug it out. Teresa made up with Teresa Giudice, according to Nicole, and both sisters were acknowledged in the acknowledgement of Giudice’s 2016 member, Turning the Tables. “I want to thank all of my fellow Housewives who contacted out and were there for me: Lisa Vanderpump, NeNe Leakes, Dorinda Medley, Jill Zarin, Teresa and Rino Aprea, and Nicole Napolitano. She noted in her book, “It means so much to me.”