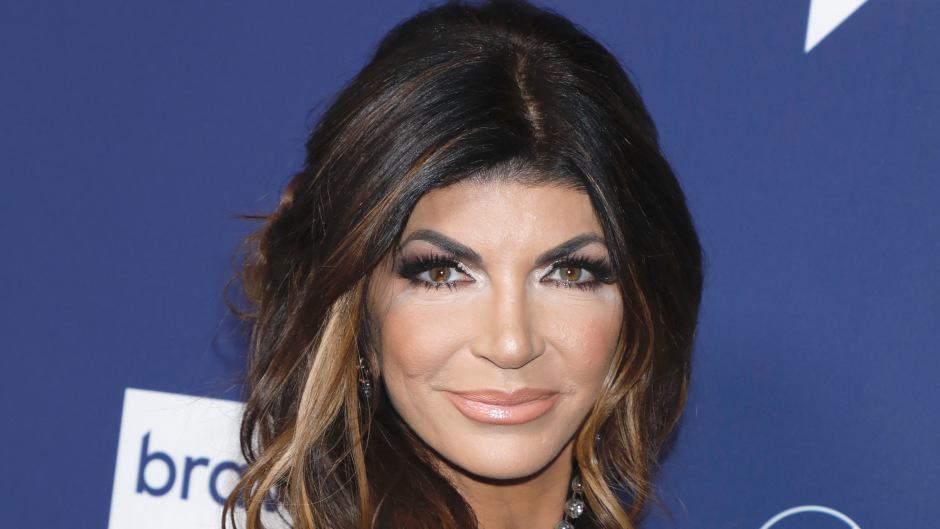 Teresa Giudice is an American television personality best known for her role on The Real Housewives of New Jersey. She was born on May 18, 1972. Giudice was a guest on Donald Trump’s The Celebrity Apprentice 5 and wrote three New York Times bestseller cookbooks in addition to appearing on the said Trump show on 2012.

She was released from federal prison on December 23, 2015, after serving 11 months of a 15-month sentence for fraud while her husband and four girls lived in Montville, New Jersey’s Towaco neighborhood. Before her prison time, she became well-known for her luxurious lifestyle as well as her highly publicized financial and legal problems. On March 23, 2016, her husband, Giuseppe, but known as Joe, began his 41-month sentence.

In 2021, Teresa Giudice has a net worth of $500 thousand dollars and is a reality television personality and novelist. Giudice rose to prominence as a cast member on Bravo’s “The Real Housewives of New Jersey” from 2009 until the present and got most of her wealth as earnings from the show. Teresa gets paid $1.116 million per season (or $62,000 per episode) as a RHONJ cast member, according to a Radar Online story from 2019. (1)

Her event appearances, social media posts, revenues from her various book deals, her line of Bellini drinks, and her haircare company all play a part to her income. Not to mention the money she makes at Gorga’s Homemade Pasta & Pizza, the restaurant she co-owns with Joe and Melissa Gorga in Hanover, New Jersey.

Teresa and her husband, Joe Giudice, have both been arrested and sentenced to prison. In 2015, she was sentenced to 11 months in jail for fraud. They filed for bankruptcy in 2011, owing $11 million in debt.

Teresa and Joe built a nearly 10,000-square-foot estate in Montville, New Jersey, in 2008, and she listed it for $2.5 million in September 2020, then reduced it to $2.25 million in January 2021. Six bedrooms, five bathrooms, a Cinderella staircase, a colossal chandelier, and a swimming pool are all included in the estate.

Teresa Giudice was born Teresa Gorga in Paterson, New Jersey, on May 18, 1972. Giacinto and Antonia, her parents, came to America from Sala Consilina, Italy. Teresa has a brother named Giuseppe (also known as Joe), and her sister-in-law Melissa has been a “Real Housewives” cast member since the third season. Giudice was raised in a devoted Roman Catholic family. 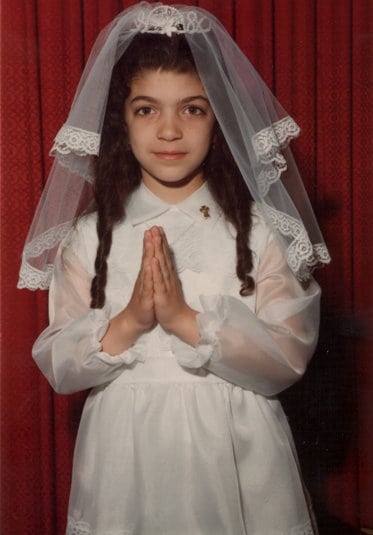 Katherina Wakile,  an American reality television personality who also starred in the Bravo series The Real Housewives of New Jersey alongside Teresa and Melissa, is her cousin. On the show, she was put in the middle of confrontations between her cousin and her cousin-in-law.

Teresa Giudice is a smart and educated woman. She graduated from Berkeley College with a degree in Fashion Marketing and Management. Teresa then worked as an associate buyer at Macy’s right after her college graduation.

Teresa married Giuseppe “Joe” Giudice on October 23, 1999, (an Italian citizen born in Saronno, Italy, and brought to Paterson, New Jersey, by his parents when he was a one-year-old), who had worked as a construction builder and restaurant owner in New Jersey and they welcomed their first daughter, Gia, on January 8, 2001. They have three additional children after Gia: Gabriella (born October 4, 2004), Milania (born February 2, 2006), and Audriana (born February 2, 2007). (born September 14, 2009). (3)

After 20 years of marriage, Giudice and her husband announced their separation in December 2019. Teresa filed for divorce a few months later, and a representative verified the divorce was finalized in September 2020.

Giudice began dating Luis Ruelas in July 2020, and the couple was engaged by October 2021.

Joe and Teresa declared bankruptcy in 2009. They claimed to be over $11 million in debt in their application, and they were forced to auction off much of their belongings and put their mansion up for sale.

Joe and Teresa were charged with 39 charges of conspiracy to commit mail fraud, bank fraud, wire fraud, bankruptcy fraud, and making false representations on loan applications in July 2013, and they pled not guilty the next month.

After reaching an agreement with federal prosecutors, the Giudices pled guilty to 41 charges of fraud in March 2014. Teresa was sentenced to 15 months in prison, while Joe was sentenced to 41 months in prison and the possibility of deportation (despite the fact that Joe’s family moved from Italy to the United States when he was a year old, he never officially became an American citizen); they were also ordered to pay $414,000 in restitution, which they eventually did.
Teresa completed her term at the Federal Correctional Institution in Danbury, Connecticut, from January 5, 2015, to December 23, 2015, before being released on house arrest for the final four months of her sentence.

Joe served his sentence from March 23, 2016, to March 14, 2019, and was subsequently held in an immigration detention center until October 2019, when he relocated to Italy to work while awaiting the court’s deportation judgment. Teresa sued her bankruptcy lawyer for $5 million in late 2014, alleging that he failed to meet with her before filing bankruptcy filings. Her 2009 bankruptcy case was dropped in June 2018, and she was forced to pay restitution to the IRS and the New Jersey Department of Treasury.

Teresa and her then-husband, Joe, joined the cast of Bravo’s “The Real Housewives of New Jersey” in 2009. Giudice is the only Housewife to appear in every season of the show, and she starred in a three-episode spin-off called “Teresa Checks In” in October 2015, which focused on the Giudice family after Teresa was sentenced to prison. During the tenth season of the show, she was reportedly paid $62,000 per episode. Giudice has her own wine and haircare lines (Fabellini Wines and Milania Hair Care), as well as a fashion brand, TG Fabulicious, with slogans like “Happy wife, happy life” and “Love, love, love.”

She finished sixth on “Celebrity Apprentice” in 2012, donating $70,000 for The NephCure Foundation, and she has served on the Project Ladybug committee, which was formed by her “Real Housewives” co-star Dina Manzo. Teresa and her brother and sister-in-law opened Gorga’s Homemade Pasta & Pizza in East Hanover, New Jersey, in May 2017. Gorga’s Homemade Pasta & Pizza closed in January 2018. Giudice began practicing yoga while in prison and went on to become a certified yoga teacher after her release.

Since becoming a household figure, the reality star has published a total of seven books, four of which have reached the New York Times bestsellers list. She has four cookbooks — Skinny Italian from 2010, Fabulicious from 2011, Fabulicious: Fast and Fit from 2012, and Fabulicious: On the Grill from 2013 — as well as two memoirs, Turning the Tables: From Housewife to Inmate and Back Again from 2016 and Standing Strong from 2017. (4)

She’s making a tremendous resurgence. Teresa Giudice, star of the Real Housewives of New Jersey, has been working on her finances since her bankruptcy and divorce from her ex-husband.

Teresa Giudice joined “The Real Housewives of New Jersey” in its inaugural season in May 12, 2009.

The series was the first Real Housewives installment to feature family, sisters Caroline and Dina are married to brothers Albert and Tommy Manzo, and Jacqueline Laurita is married to Caroline and Dina’s brother, Chris Laurita. Teresa Giudice, a series regular, had known Manzos and Laurita for years before the show, while Danielle Staub, another series regular, was introduced to the group through Jacqueline.

The Housewives are introduced in the first episode, with Teresa, a shopaholic married to contractor Joe, preparing to move into her multi-million dollar dream home.

Bravo viewers saw Giudice build strong bonds with Dina Manzo, Caroline Manzo, and the couple’s sister-in-law, Jacqueline Laurita, in the first few seasons (via IMDb). Unfortunately, her relationship with Laurita and the eldest Manzo soured around the time stories started circulating about Giudice perhaps serving time in prison (via Us Weekly). While Giudice has continued to show contempt for Laurita and Caroline in interviews, it wasn’t until Giudice accused her pal of assisting the federal government in putting her in prison that Laurita retaliated (via People). Laurita discussed the Giudice jail drama and why their friendship fell apart on an episode of her podcast “The LookOver Ladies.”

Teresa Giudice told Andy Cohen during a Bravo special that she feels Caroline Manzo may have assisted the government in putting her behind bars (via ET). When Cohen brought up a tape from “The Real Housewives of New Jersey” in which Manzo predicted that Joe Giudice would go to jail, Giudice answered, “How could she anticipate that?” Is she a rat or not? What’s up with her saying that? This accusation prompted Jacqueline Laurita to clarify the situation on her podcast “The LookOver Ladies” (via People), accusing Giudice of shifting blame to others.

Teresa Giudice and Melissa Gorga used to get into continuous screaming bouts over seemingly insignificant things, as any RHONJ watcher would recall. Given that they are sisters-in-law, one would assume that they have a tight relationship, yet it appears that they do not.
Teresa was allegedly involved in a conspiracy to portray Melissa as a stripper during one season. When Joe Giudice went to prison on tax fraud charges, relations between the two of them started to thaw out after many physical fights between their husbands. During the most recent season, however, tensions exploded once more as fights between co-stars erupted. Teresa spread a story that Jackie Goldschneider’s husband was cheating on her, and she was disappointed that her brother and sister-in-law did not support her. Melissa was so enraged, according to Entertainment Tonight, that she threw a cheese dish during the brawl. She was basically pointing out a double standard when it came to her sister-in-law’s loyalty: she expects it but doesn’t give it back.

Teresa flipped a table on Danielle in the first season finale, which is remembered by RHONJ fans. This is when their long-running conflict began, and Teresa seemed to have been enraged at the time.
Teresa screamed at Danielle in this scene, enraged by everything the cast members had read in the book Cop Without a Badge. According to Us Weekly, Teresa said Danielle had been engaged 19 times.
The two reality stars did makeup in 2018, it seemed that they were super close and got along really well.