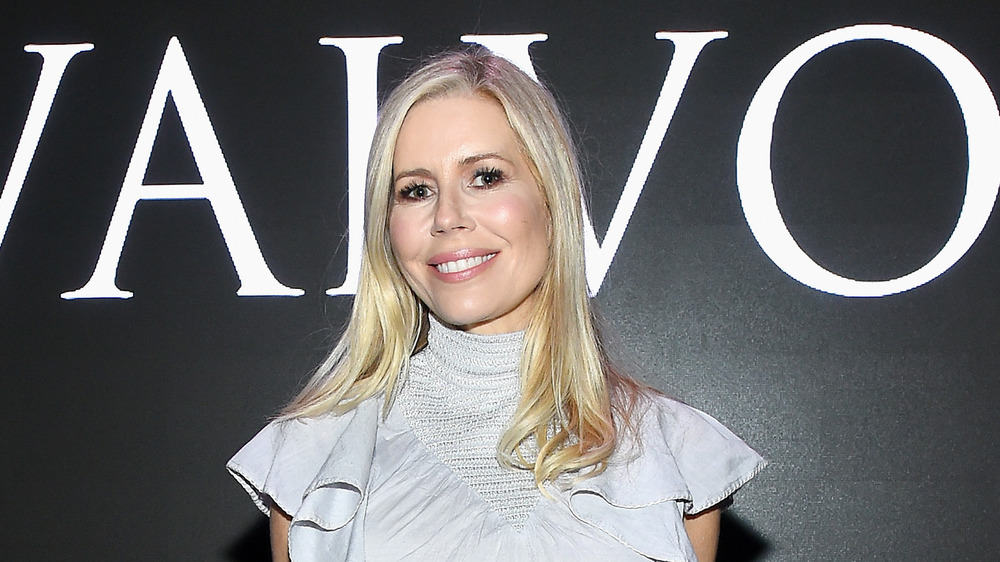 Aviva Drescher is an American television personality, author, philanthropist, and motivational speaker. She is known for “The Real Housewives of New York City. She is also a well-known influencer who is active on social media.

She is the first and only New York City born and bred “Housewife” in the history of the series. In addition, she is also the first person with a disability to be featured on the Real Housewives franchise.

In 2022, Aviva Drescher’s net worth is estimated to be $20 million. Her career as an author, TV personality and motivational speaker are her main sources of income. Compared to the net worth of RHONY cast members, Aviva is about average. (1)

Her wealth is also increasing from her husband’s businesses such as Cape One Financial Advisors and Spencer Clark LLC. It also includes lucrative collaborations through social media such as Facebook and Instagram. Aviva occasionally posts larger-than-life getaways and vacation.

The American star also generates income from her other businesses after having launched many beauty and health-related products in the last few years.

Aviva Drescher is 51 years old. She was born on September 9, 1970. Aviva was born in Manhattan, New York, United States and was raised by her parents, Ingrid Teichner and George Teichner. 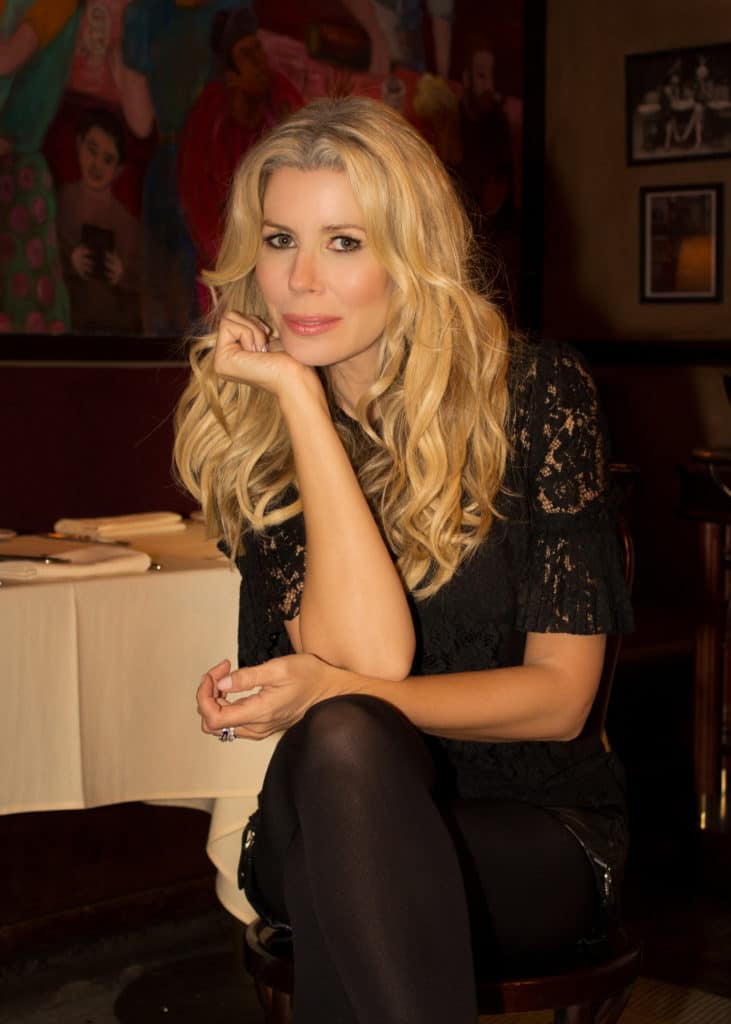 Drescher’s mother, who is of German descent, led a difficult life in Germany after World War II. Later, she left Germany and moved to the United States and became a model and Pan Am stewardess.

On the other hand, Aviva’s father married another woman in 2014 after her mother’s death. Ingrid Teichner suffered from alcohol addiction and passed away later on.

Aviva’s parents loved traveling. Aside from having a house in Manhattan, they also had a residency in Jamaica. With them, she and her brother, Andre, cruised through trips around Europe, rode the orient express, and went on safari in Africa.

The lovely celebrity was involved in an accident when she was six years old. It was a farm accident at a friend’s upstate New York dairy farm. As a result, her foot was left severely injured after it got caught in a conveyor belt. (2)

At that time, an expert claimed that he could grow Aviva’s foot back. So, her father traveled to India to meet him. However, doctors had to amputate her lower leg because of the severity of the injury a few months after the accident. Since then, she has been wearing a prosthetic leg.

Drescher spent her early childhood studying at Ethical Culture, a small private elementary school at 33 Central Park West. In high school, she played volleyball. She was the setter and the captain of the Fieldston volleyball team.

Later on, she got admission to Vassar, a small liberal arts college in Poughkeepsie, New York that is her top choice. She then pursued law after working at a life insurance company. She stated that she had always a passion for becoming a lawyer and forever had a big mouth.

Aviva took the LSAT and went to Benjamin N. Cardozo School of Law in the west village of Manhattan. In addition, she has a Bachelor’s Degree and a Master’s in French from New York University. (3) 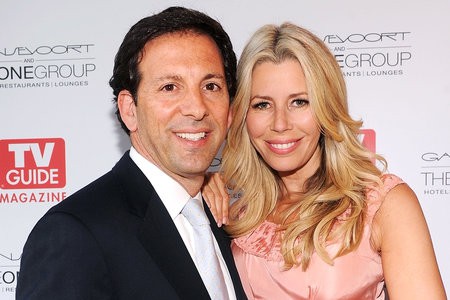 Aviva Drescher is married to Reid Drescher. Her husband is an investment banker. They have been married since November 2006.

They have three kids together. Her children are Hudson, Sienna, and Veronica. The latter is Reid’s daughter from a previous marriage.

Aviva and Reid appeared on the WE TV series, Marriage Boot Camp: Reality Stars. They also renewed their weddings vows on the show. They re-celebrated their wedding at Cabo Villas Beach Resort & Spa in Mexico in front of their children.

Prior to Reid, Aviva was married to playboy and real estate investor, Harry Dubin. They reportedly got married in 2005 and had a son named Harrison. (4) 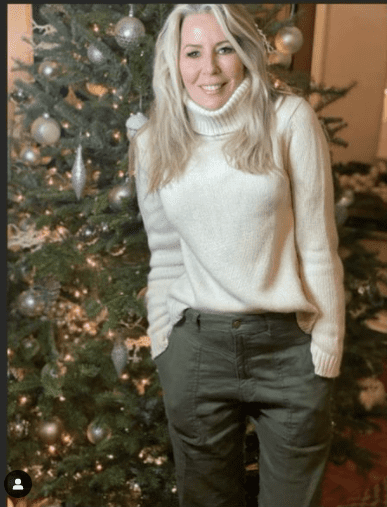 After college, Aviva Drescher started a job at a life insurance company. She worked there for two years. Aviva revealed that she left her job because she was feeling like killing herself thinking and talking about death all day.

Later, she becomes popular after appearing on Real Housewives of New York City on the franchise’s fifth season. She remained on the series until the finale of the sixth season.

Aviva also appeared on other reality TV shows. She has had credits of shows that include a TV series documentary, Marie, Bethany, and Watch What Happens Live.

After leaving Real Housewives of New York City, Aviva Drescher started working as the brand ambassador for numerous companies such as Juice Plus and Smile Sciences. She also participated in a lot of philanthropic works.

In addition, the lovely celebrity is the National Spokesperson for One Step Ahead and CAF organizations helping amputees. She also serves as an Advisory Board Member of Cancer Schmancer/Trash Cancer and also works with the Live4Life Foundation.

Aviva also promoted brands like Focus Factor, a brain health supplement company. She has been the product’s spokesperson for some time.

Today, Aviva Drescher continues to work on her brand deals through social media. She also goes on to work on her businesses involving beauty and health-related products. (5)

Aviva Drescher joined “The Real Housewives of New York City” in season 5 in 2012. She joined the show alongside Carole Radziwill and Heather Thomson.

On her first season, Bethenny Frankel introduced Aviva to production citing her prosthetic leg and previous marriage with Harry Dubin, who many other New York housewives have dated in the past. It was considered a casting director’s dream.

During the sixth season’s finale episode, Drescher created one of the most talked about and memorable moments in New York Housewives history. Throughout the season, she showed off her hypochondriac-like behavior that the community grew familiar with starting in season five.

On one occasion, Aviva becomes agitated with the gossip that her medical condition is a lie. She pulls out x-rays from her purse and throws it across the table and challenges other women to disprove her claim.

Later on, Heather enters the room and battles with words against Aviva, calling the whole spectacle as “laughable.” Aviva in turn responded that she thinks the only “fake or artificial about her is…” and pulls from under the table her prosthetic leg.

Aviva slammed her prosthetic leg on the table afterwards. Then, she picked it up again and throws it across the room. (6)