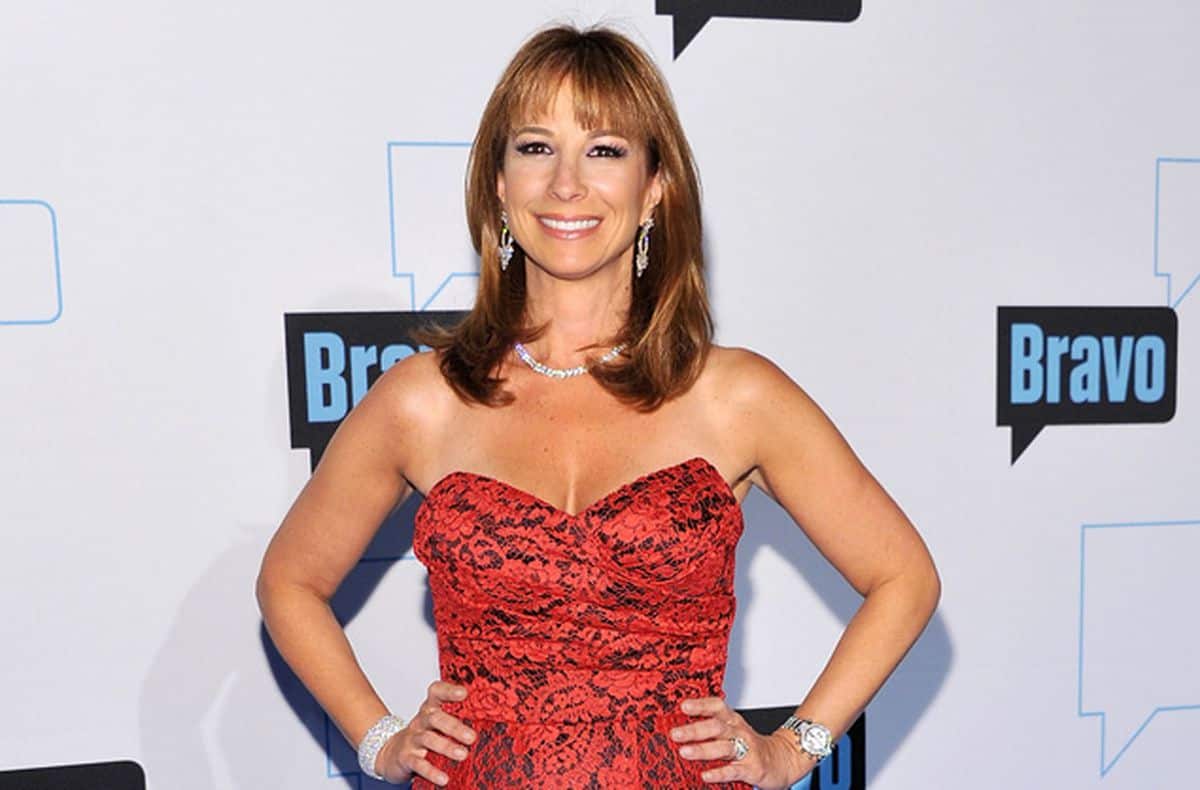 Jill Zarin is an American real estate agent, entrepreneur, philanthropist, and reality TV star known for the “Real Housewives of New York.” She appeared on the Bravo reality show from 2008 to 2011.

The 58-year-old beauty has also published a book entitled Secrets of a Jewish Mother” in 2010. She wrote it with her mother, Gloria Kamen, and her sister, Lisa Wexler.

In 2022, Jill Zarin’s net worth is estimated to be $20 million. Her career as a real estate agent and reality television personality are her main sources of income. (1)

Her wealth is also increasing from her husband’s company, Zarin Fabrics & Home Furnishings. Aside from that, she earns income from book writing and other lucrative endeavors.

Jill Zarin is 58 years old. She was born on November 30, 1963. Jill was born in Woodmere, New York, United States and was raised by her parents, Gloria and Sol. 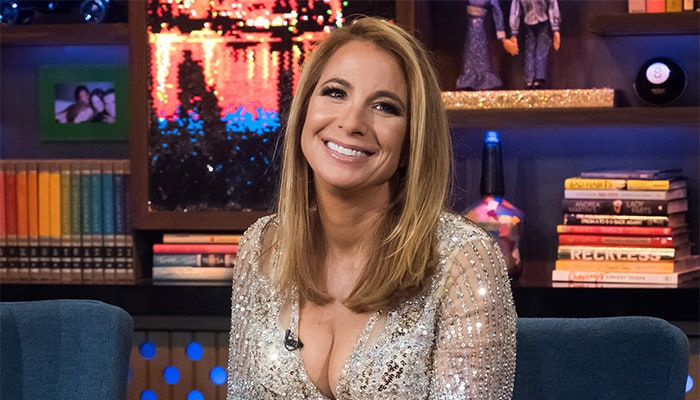 The lovely celebrity has one sibling named Lisa Wexler. She wrote a book with her mother, Gloria, and her sister, Lisa.

Jill holds an American nationality. She belongs to white ethnicity. Besides, she was born in a Jewish family, and she practices Judaism as her religion. (2)

In addition, she also attended Lawrence High School. Jill Zarin completed her schooling at the institution. 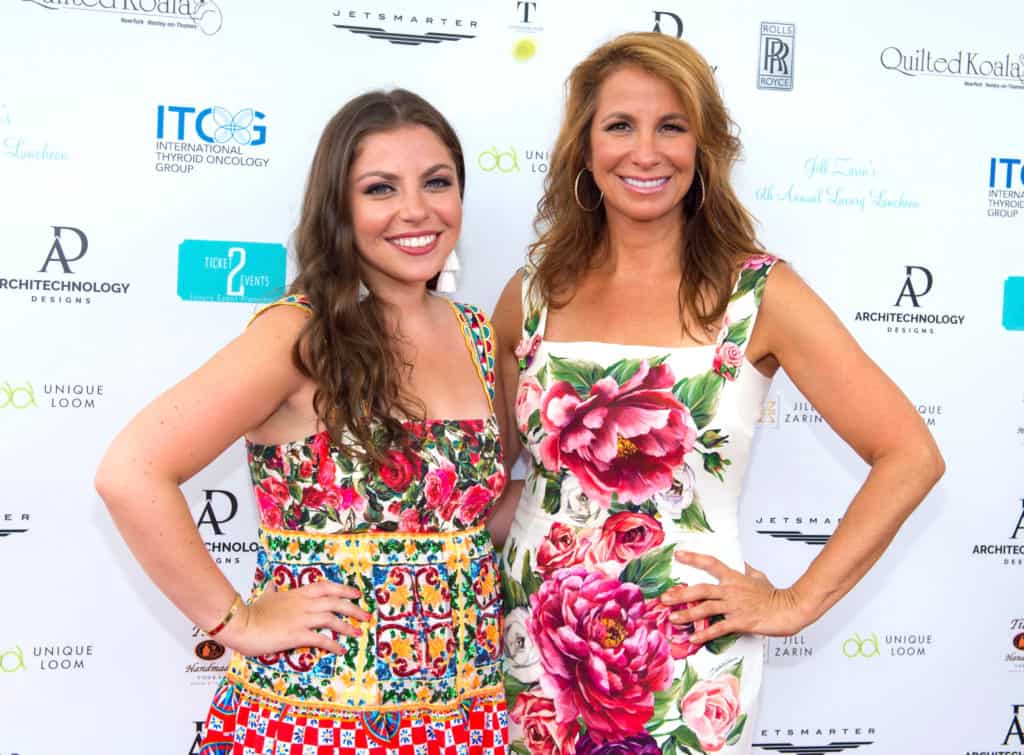 Jill Zarin was married to Steven Shapiro in 1987. They have a daughter named Allyson, before divorcing.

Later, Zarin wed Bobby Zarin on January 4, 2000. She is a stepmother to his children from a previous marriage, Jonathan, David and Jennifer.

On January 13, 2018, Bobby passed away from thyroid cancer. When he was hospitalized the previous summer, she started knitting a blanket for him, and she finished it in three days before his death and draped it over his casket at the funeral.

In December 2018, Jill confirmed that she had started a new relationship with Gary Brody, the owner and president of the men’s clothing company Marcraft Apparel Group. (3) 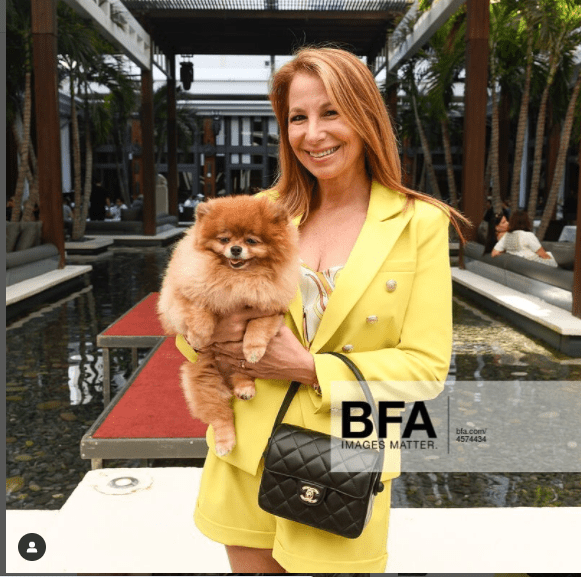 After college, Jill Zarin started a job at Fileness as an assistant buyer. Later on, she moved to become National Manager at Jockey Hosiery, a $150 million dollar men’s hosiery brand.

After marrying the late Bobby Zarin, she worked as a consultant for Zarin Fabrics. It is a Lower Manhattan institution that was established in 1936. She also assisted her real estate developer husband, Bobby, at that time.

Aside from her role as marketing manager of the family company, Zarin participates in a foundation named Creaky Joints to help raise awareness for arthritis that her daughter Allyson suffers from.

Jill is no stranger to the spotlight. The lovely celebrity, who had a major career in fashion and textiles before becoming part of the Real Housewives franchise, has leveraged her platform into an array of acting, business and philanthropic undertakings.

In the film industry, she had acted in Night of the Wild that is a horror film co-starring Rob Marrow and Kelly Rutherford. She also appeared on the hit show White Collar and the in-development comedy series Altered Reality, in which she stars alongside cast members from other Housewives franchises.

Jill Zarin has also participated in a lot of television shows. She participated as one of the original cast members of the Real Housewives of New York, Millionaire Matchmaker, David Tutera’s CELEBrations and Celebrity Life Swap. She also appeared as an on-air television personality on “The Today Show,” “Wendy Williams,” and “Good Morning America.” (4)

As mentioned earlier, Jill Zarin wrote a book with her mother and sister. It is entitled “Secrets of a Jewish Mother.” The book comprised of recipes, advice, and parenting tips.

Jill also works on Noshes for Nurses and has raised $70,000 and distributed 200,000+ meals to the staffs of hospitals, police stations and fire departments.

Today, Jill Zarin is juggling design projects in both home décor and fashion. She can also be found on the tennis court or hanging out with family, friends and Bossi her beloved Pomeranian.

Jill Zarin joined “The Real Housewives of New York City” in season 1 in 2008. She appeared on the show as a man cast member alongside Bethenny Frankel, Luann de Lesseps, Ramona Singer and Alex McCord.

Basically, Jill Zarin was presented as the connective tissue among the original five women. She met Luann at a movie premiere. She and Ramona are “tennis friends.”

The American beauty is very competitive with Ramona, and this was also featured on the series. As shown in Season 1, Jill requested Luann to be her doubles partner to play tennis. The two beat Ramona and her partner.

Jill and Ramona even bicker on the court during the game. It leads to Bethenny to call the event “a train wreck” she can’t stop watching.

Aside from that, Jill is often insulted by Ramona. The two were always involved in drama during the Season 1 of the show. At a fashion show, Jill discovers Ramona is sitting in the front row and she isn’t, so she leaves the event altogether. (5)

When Ramona leaves Jill’s party early due to the presence of Simon Van Kempen, Jill is very angry. Bethenny, who cooked the meal, was also angry.

In addition, Jill also scolded Ramona when showed up 45 minutes late to Jill’s holiday dinner party. She angrily insists that the remaining women start without Ramona.

Zarin’s time on the Real Housewives series were among the show’s highest rated years. Since then, she has appeared on several network TV shows.

I Am Flesh God: Man Eats Raw Meat Says It Is Much Healthier?

Why Was Travis Barker Rushed To The Hospital In An Ambulance?