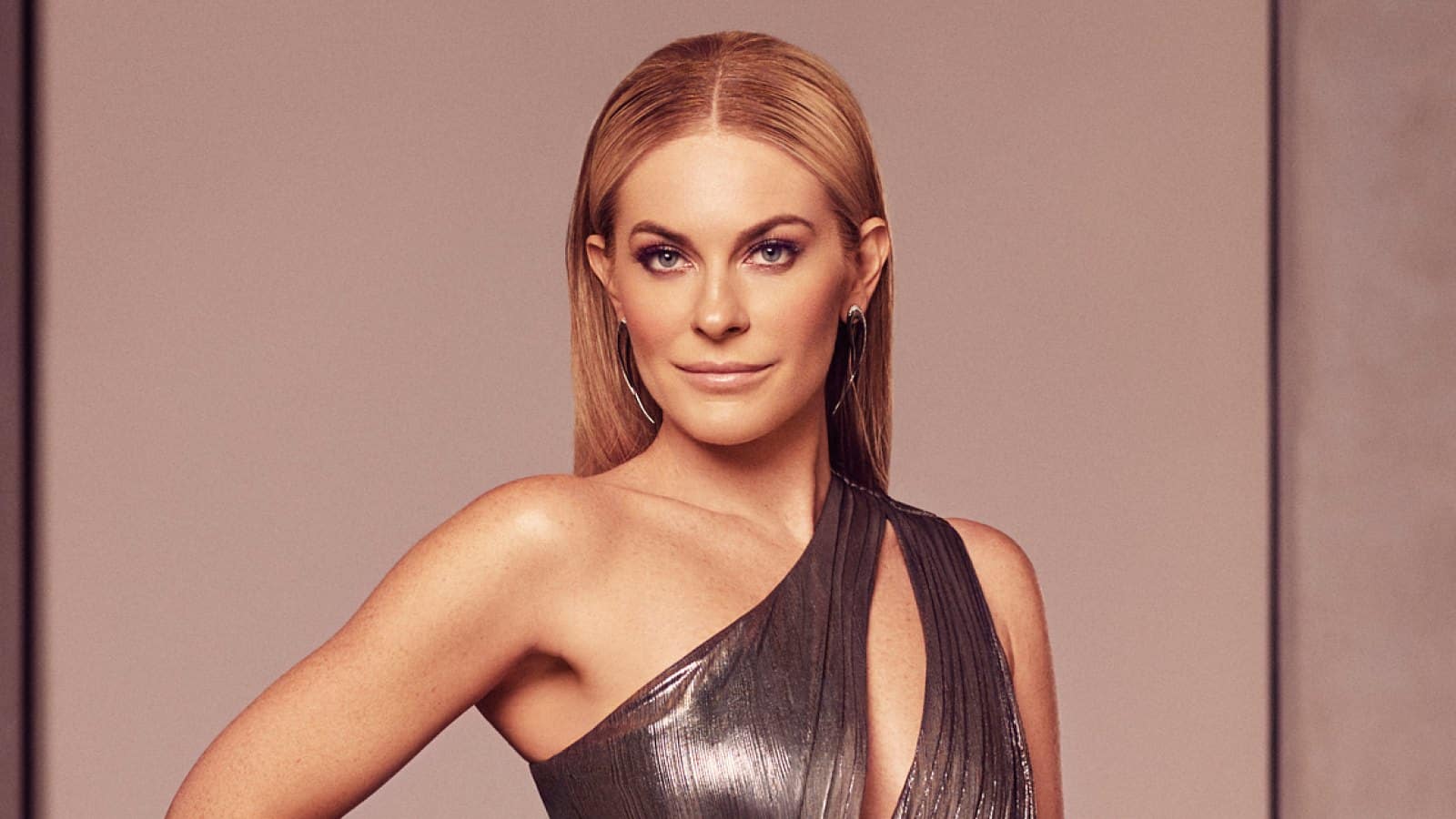 Leah McSweeny is an American fashion designer and television personality. She founded the women’s street wear line “Married to the Mob” in 2004.

The lovely celebrity also appeared on the Real Housewives of New York City since 2020. Her enviable personality and charm attracted a lot of fans.

In 2021, Leah McSweeny’s net worth is estimated to be $3.5 million. Her career as an entrepreneur and reality TV personality are her main sources of income. (1)

Her wealth is also increasing from her columns for publications such as Penthouse and Hypebeast. She has also earned from a salary increase negotiation for appearing on season 13 of the Real Housewives franchise.

Leah McSweeny is 39 years old. She was born on August 27, 1982. Leah was born in New York City, New York and was raised by her parents, Bryan and Bunny. 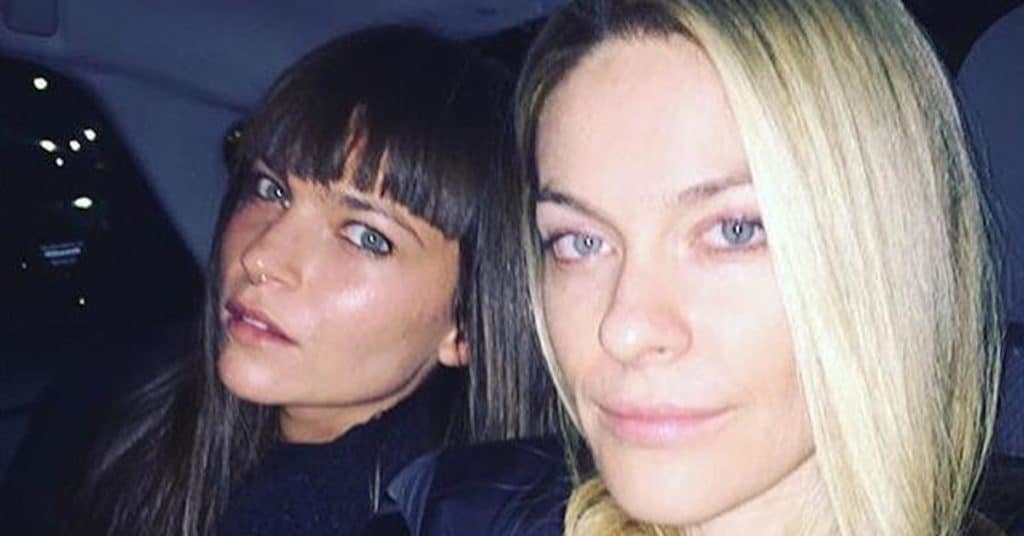 Leah’s father is a former health inspector and her mother is a therapist. She has a sister named Sarah McSweeny and a brother named Daniel McSweeny.

The 39-year-old star was raised in an Irish-Italian family. She had a very rough childhood. She was reportedly expelled from an elite Manhattan private school following which she had to transfer to a school in Connecticut.

The incident ended up straining her relationship with her mother, Bunny. Their relationship was further strained when Leah started abusing alcohol. (2)

Lea McSweeny attended Fashion Institute of Technology, but did not graduate. On her LinkedIn profile, she lists her education in all capital letters, as “SCHOOL OF HARD KNOCKS AKA LIFE.”

She also attended a Catholic, all-girls Convent of the Sacred Heart School on the Upper East Side. However, she was expelled when she was 14 years old for reportedly being a bad influence. 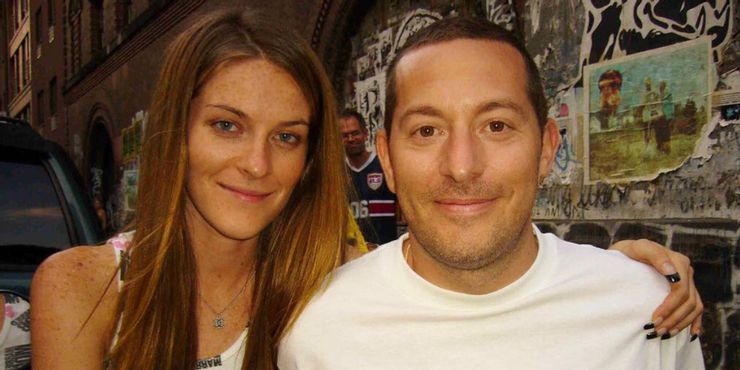 Lea McSweeny was romantically linked to Rob Cristofaro. She came into the spotlight for her amicable relationship with her ex-boyfriend.

They have one kid together. Her daughter is named Kier Marie. She welcomed her in May 2007. Leah and Rob decided to part ways in 2008 when Kier was about 2 years old. (3)

To provide a good upbringing for their daughter, Leah and Rob managed a friendly relationship. They’re co-parenting Kier for years. 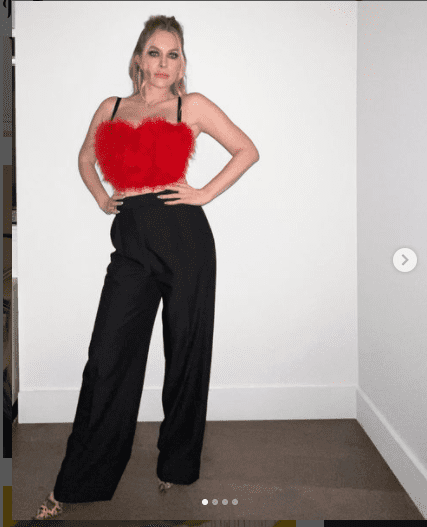 Leah McSweeny didn’t finish her course at Fashion Institute of Technology. However, she managed to build a career as an entrepreneur and a reality television personality.

In 2002, she was reportedly arrested after she got into an altercation with NYPD officers outside the Hammerstein Ballroom in midtown Manhattan. She ultimately was cleared of any charges and received a $75,000 settlement from the department. Leah said that she used the money to launch her clothing line, Married to the Mob.

Since its initiation, Married to the Mob has made several collaborations. One of its major collaborations showed off a Kangol cashmere “beanie” cap and a Kaws two-piece graphic swimsuit. Then, it collaborated with a German accessory brand MCM, and French boutique Colette for a limited-edition Reebok lip-print sneaker.

Married to the Mob also collaborated with Nike for another limited-edition sneaker. It has also worked with a French graffiti artist Fafi, Krink, and Jessy “Nite Rider” Kennedy. The fashion line by Leah also released collections with models including Chanel West Coast, Kid Sister, Lil Debbie, and the Clermont twins.

The American star also appeared as a client on an episode on Bravo’s The Millionaire Matchmaker. Her participation on the show was successful and it has led to appearances and cameos on other television programs such as VH1’s Love & Hip Hop: New York.

In November 2019, Leah was confirmed to have joined the “Real Housewives of New York City” cast during an appearance at Bravo’s “BravoCon” fan convention. She was referred to production by former cast member Bethenny Frankel, who left the show after the previous season.

Leah McSweeny was initially paid only $3,000 an episode during her season 12 appearance. However, she managed to sign on for her second season as a full-time cast member of the Real Housewives franchise and was offered a higher salary.

In 2015, McSweeny became a featured recurring star on Shade 45’s “Lip Service” with Angela Yee of Power 105.1. The following year, she started “Improper Etiquette” with Laura Stylez of Hot 97. On the podcast, Leah and Stylez gave candid perspectives and advice on lifestyle and latest trends with occasional celebrity interviews.

Aside from that, Leah McSweeny has been a frequent contributor to the online publication, Hypebeast. On her column, she offers commentary on wellness, street wear style, and motherhood. She also writes an advice column for Penthouse magazine.

Today, Leah McSweeny remains an influential Real Housewives star and actively participates in social media. She is also gearing towards enriching her career on fashion design. (4)

Leah McSweeny joined “The Real Housewives of New York City” in season 12 in 2020. At that time, she is the newest addition to the affluent yet eccentric cast members of the series.

During her time on the show, viewers have been shown to the many parts of her life such as how she runs her successful fashion brand Married to the Mob. The avid fans also witnessed the special bond she shares with her daughter Kier and as well as the amicable yet unconventional friendship she shares with Kier’s father.

One of the most interesting dramas of the show’s newbie is the loving yet oftentimes dysfunctional relationship she shares with her parents. In an interview, she admitted that her mother mentioned, “Hey, we really can’t have you in the house anymore because you’re disrupting your brother and your sister’s life.”

Basically, one of the popular storyline she showed off in the show is her rocky relationship she shares with her parents. Besides, her prior issues with addiction have always played an integral role in fanning the flames in their troubled relationship.

In Season 13, Leah and her mother had an argument when the former confronted her mother about the slight at a family dinner. It appears that Bunny now thinks her daughter had moved on to a new addiction, and that is plastic surgery. However, she later on vowed to support her daughter 100 per cent. (5)