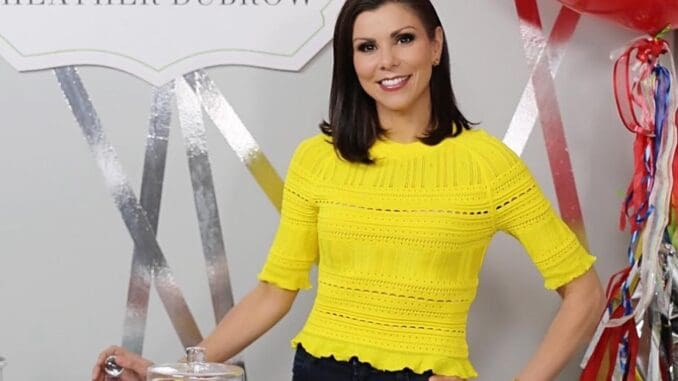 Heather Dubrow was born into a well-to-do Bronx household in New York, United States. She is a fifth-generation American of Jewish (from Germany, Hungary, and Poland) ancestry. She, previously known as Heather Paige Kent before getting married is well-known for her glitzy East Coast flair, talent, and ability to converse with everyone.

Heather has previously competed in pageants. At the 1989 Miss New York State Pageant, she was named Miss Greater Syracuse (N.Y.) and Miss Congeniality.

She’s also a skilled host with experience in everything from newsrooms to talk programs, most notably anchoring the E! Network’s BOTCHED POST OP after show. Network. Heather is also conquering the podcast industry with her hugely successful show “Heather Dubrow’s World” on Podcast One, which debuted at #3 on the North American iTunes Charts.

In 2021, Heather Dubrow is a $50 million dollar reality celebrity from the United States. Her husband, plastic surgeon Terry Dubrow, is the source of the majority of her wealth. (1)

Heather makes a hefty sum as a housewife. According to Editor Choice, she first became a housewife in 2012, and by the time she departed four years later, she was earning $300,000 per season. Heather explained her decision not to return to the show by saying, “My family is in a different place.”

The couple is also a published author with a book about keto diet and fitness. This has helped them acquire the great fortune that they have right now. Moreover, they both star on a show together called After Botched and have a skin care line developed over the last 15 years called CONSULT BEAUTE that is touted as the fastest growing beauty brand on the Evine shopping channel.

Heather Dubrow was born in 1969 in the Bronx, New York. Her father, Conrad S. Kent, is a Jew, and her family hails from the Ashkenazi Jewish community in Austria, Hungary, and Poland. Carole, her mom, is now separated from her dad. (2) 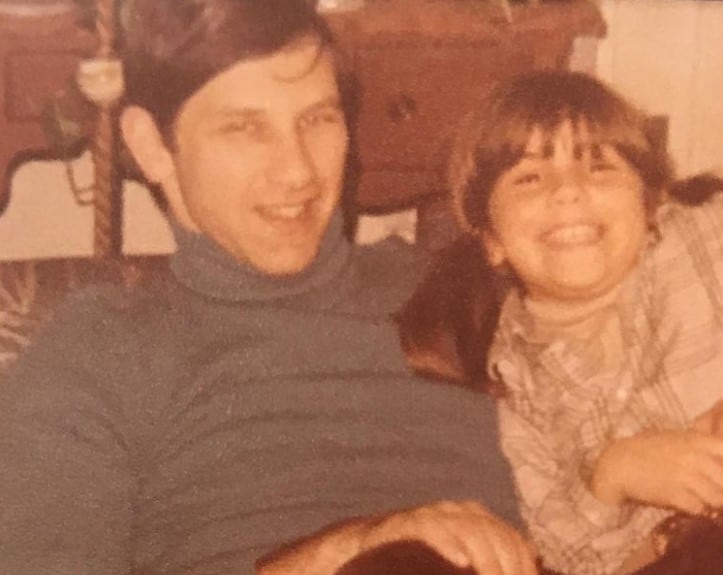 Heather has one sibling, a sister named Schuyler Kent.

In 1990, she received a BFA from Syracuse University.

Heather Dubrow is married to Terry Dubrow, a famous Newport Beach plastic surgeon and reality star, in 1999. Heather and Terry Dubrow are without a doubt one of the most popular Real Housewives couples.  These two met on, of all things, a blind date when Heather was 27 years old. She asked a friend, who was a transplant surgeon, if he knew any Jewish doctors that he could introduce her to. “We met on December 7 — D Day — which [should have been] a sign,” she told US Weekly.

The couple now has four children, three girls and one boy. They have a show called After Botched together, launched a beauty brand, and are now working on a book! These two are the epitome of power.

Heather admitted that she hadn’t legally changed her name to Dubrow when she initially started filming on the show, but she did so after 12 years of marriage to Terry during season 7.

Her husband is Kevin Dubrow’s younger brother, who was a member of the heavy metal band Quiet Riot from 1975 until his death in 2007 from an overdose. (3)

Heather moved to Los Angeles for the first time when she was in her early twenties. She worked as a performer at Disneyland’s Golden Horseshoe Jamboree to fund her acting career. She met a guy there, and the two of them formed a 14-piece band and began touring.

Heather toured with the band for four years as the main singer, opening for Mel Torme, Manhattan Transfer, and Dana Carvey.

She played Lydia DeLucca in the CBS television drama That’s Life from 2000 to 2002. In the second season, she also performed the show’s theme song, “Learnin’ As I Go.” She also appeared on Married with Children, Nowhere Man, Men Behaving Badly, Life with Roger, Jenny, Early Edition, Stark Raving Mad, and Surviving Suburbia, among other shows. She took a break from performing for a few years to raise her four children.

She was cast in The Real Housewives of Orange County after knowing Tamra Judge, and she gets along well with everyone, yet she occasionally butts heads with fellow cast members for being so prim and proper. From 2012 through 2016, Dubrow was a regular on The Real Housewives of Orange County. After a series of violent interactions with then-new Housewife Kelly Dodd, she reportedly left the show. Kelly secretly filmed Heather outside of a fitness studio and shared it on her Instagram Story in 2019, continuing their feud off the program.

She returned to her acting origins in episodes of Malibu Country, Hot in Cleveland, Young & Hungry, and Hawaii Five-0, all while juggling her business and family life. Because of her opulent lifestyle, several of her Real Housewives castmates lovingly refer to her as “fancy pants.”

Dubrow has also appeared on Good Day L.A. as a substitute co-host. and Botched: Post-Op

Heather hosts her own podcast, “Heather Dubrow’s World,” which covers topics like as health, beauty, wellness, travel, parenthood, and RHOC. She attended SXSW in 2019 to promote her podcast. PodcastOne releases new episodes every Friday. Heather’s Closet is a YouTube channel where she releases new episodes on a weekly basis. (4)

With Peggy Tanous’ absence in Season 7, filling her place in the series is Heather Dubrow who is described as a “former actress and now stay-at-home mother of four, who’s married to a prominent Newport Beach plastic surgeon.” She joined the ranks of the Orange County housewives by the start of Season 7, year 2012.

Heather, a new housewife, arranges a “painting party” to get to know the other ladies. Alexis and Vicki make snarky remarks to Gretchen and Tamra about their growing friendship in between brush strokes, and Alexis is envious of Heather’s picture-perfect life.

Alexis and Heather had a disastrous lunch date to try to sort out their disagreements. But, as expected, nothing came of it.

In this season, Heather decides she can no longer stay at home with the kids full-time and heads to Hollywood for an audition, but she is torn between being a working actress and having four children.

Fast forward, Heather Dubrow is back in her 22,000-square-foot Crystal Cove house with her husband Terry and four children after a five-year hiatus. She joined the cast in season seven but left after a few seasons. Her children are now beginning to consider colleges and developing their own voices, particularly Max, who recently published a book for parents about adolescent sexuality. Heather and Shannon reunite after a long separation and are immediately at odds over loyalty and betrayal. She also introduces one of her friends to the gang, only to discover the awful reality about who she is. (5)