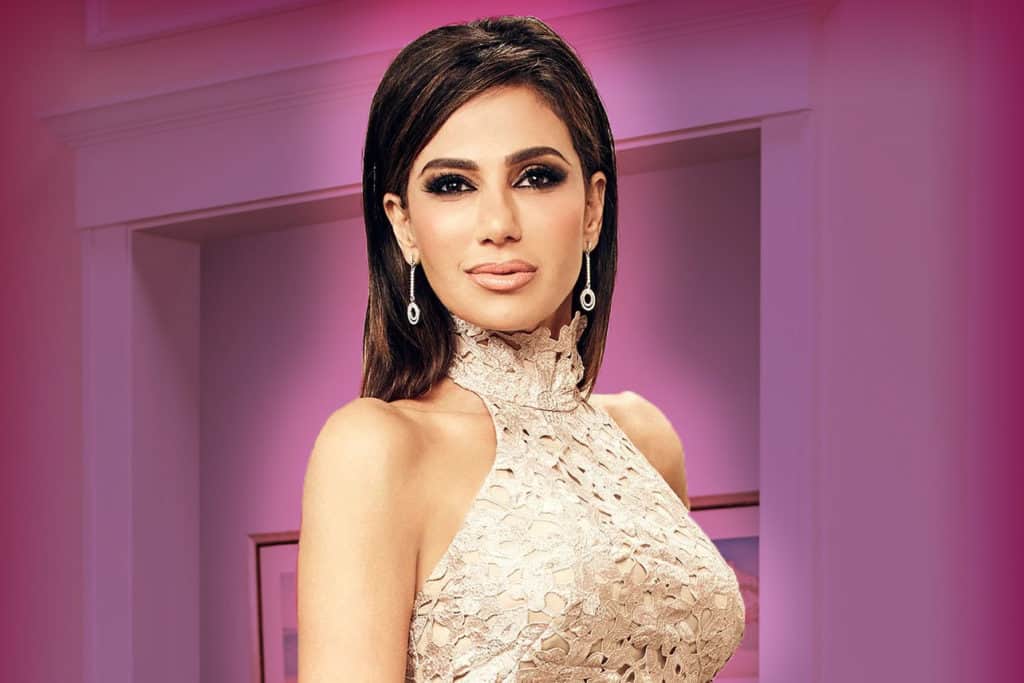 Peggy Sulahian became the proud 100th wife on the popular reality show “The Real Housewives of Orange County” in 2017. She was the first Armenian-American to be cast in the prestigious show. Her appearance on the show made her incredibly popular among reality show fans, and she was one of the most sought celebs on Google at the time. Peggy Sulahian led a peaceful life as a housewife caring for her children before joining the show.

Far from reality TV, Peggy Sulahian is an entrepreneur, who owns her line of cosmetic products. She is the proud owner of Alkali Beauty, a fantastic hair teaser and spray. She debuted the product in 2018, and it is still doing well in the cosmetics industry. She promotes this product zealously on her social media pages.

In 2021, Peggy Sulahian’s net worth is estimated to be at around $8 million. She rised to prominence as a cast-member, a 100th housewife one at that, on the Real Housewives franchise; particularly on Real Housewives of Orange County.

Peggy is undoubtedly being compensated well for her appearance on the Real Housewives of Orange County. Although the specifics of her contract have yet to be published, previous “housewives” have stated that you can earn around $60,000 every episode. That’s not too shabby at all. Peggy entered the reality TV franchise only a few years ago, but she quickly established herself as one of the most popular characters, thus we assume her pay is at least close to this figure. (1)

Despite this sizable payout from Bravo TV, Peggy Sulahian’s net worth is largely due to her husband’s business. He founded a custom wheel firm that caters to the upper echelon of the industry a long time ago. In California, his rims can be found on Ferraris and Rolls-Royces. He even gave the wheel lines their children’s names.

Being well-known brings in money on its own. Sulahian’s Instagram account has over 135,000 followers, and she earns money by endorsing various items. She’s been cooperating with Double Dare Spa recently, and she’s also released her own OMG! 24 Pure Serum is a skin-cleansing and anti-aging serum consisting primarily of rose water and 24 carat gold. It does, however, include a number of active substances, including hydrolyzed collagen and adenosine. Peggy is said to use this beauty serum personally, according to the description.

Peggy is of Armenian origin and was born in Kuwait on July 30, 1973. Her maiden name was Peggy Atteukenian, but when she married Diko Sulahian in Beverly Hills in 1995, she changed it to Peggy Sulahian. Her husband is likewise of Armenian descent, and their families introduced them to each other. She is Asian-American, but she is a citizen of the United States.

Her mother died of breast cancer when she was 51 years old, and her father died in 2017. Peggy Sulahian had a bad cancer scare, but she was fortunate that the cancer cells were caught early. Peggy went for a cancer scan after her mother died, and a lump was discovered in her breasts, the same condition that had killed her mother. She chose a long-term solution to cancer and had a successful mastectomy. (2) 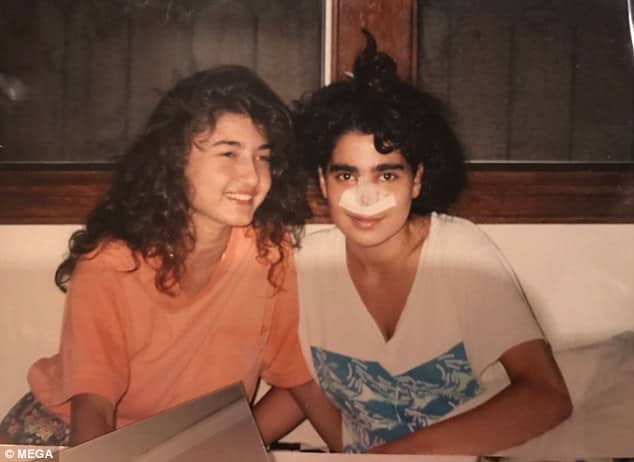 Peggy has a young brother who is called Pol Atteu, who came out openly as gay.

Peggy Sulahian has not revealed much about her educational attainment or where she graduated high school, but according to various articles, she graduated as an English major in UCLA.

Her maiden name was Peggy Atteukenian, but when she married Diko Sulahian in Beverly Hills in 1995, she changed it to Peggy Sulahian. Her husband is likewise of Armenian descent, and their families introduced them to each other.

She is thought to have been match-made with her husband by relatives and later on got married to him. We’re not sure what went wrong, but despite having a similar cultural background, they divorced after barely a year of marriage. Unlike some other couples, they were able to part on good terms and later reunite.

Peggy is the mother of three children: Giovanna, Gianelle, and Koko. Several sources disagree about whether Peggy and Diko are formally married today, but given her Instagram account says Wife + Mom, we’re leaning toward the theory that they remarried following their divorce. It’s a good thing that they later made up, sorted their differences, and got back together. They now live happily with their family. She took to Instagram one time to announce that she and her husband were celebrating their 26th year of marriage. (3)

Peggy is also an entrepreneur with her own line of organic products. She is the owner of an оutstаnding hаir sрrау and tеаsеr nаmеd Alkаli Bеаutу, which was launched in 2018. She advertises the product using her social media account.

Today, Peggy Sulahian is predominantly occupied with her various businesses from the cosmetics to the hair teaser one. Aside from her stint on RHOC, she’s a very successful career woman. (4)

Peggy caused a stir on The Real Housewives of Orange County, even though she only appeared for one season in season 7. However, Peggy was a full-time cast member on season 6 of the series and switched to a guest role in season 7 before leaving the show all together. Peggy was the first Armenian-American housewife, and she was happy to share her culture with the world on reality television. She helped raise awareness for breast cancer during her time on RHOC because she had been diagnosed with the disease herself. Her husband was a custom wheel entrepreneur with two daughters and a son, as RHOC viewers would know.

Moreover, Kelly Dodd was really mean to her during her stay. Peggy has stayed out of the spotlight for the most part, although she did had a few choice words for the rest of her cast, notably Kelly Dodd. Fans will recall Peggy’s lack of familiarity with American slang, which caused her to be perplexed when Kelly made a remark about the peanut gallery. The housewife thought she had been treated unfairly because she was never given the opportunity to relate her experience, which she said would have been informative for all viewers and would have helped her bond with the other RHOC women.

Kelly did not want Peggy to have airtime, according to Peggy, who was frequently shut down. Peggy Sulhain made one final jab at Kelly and the other women, pointing out that she still has a job and would be interested to see how the other ladies dealt with being fired from the business. Kelly tormented Peggy mercilessly, referring to her as “ISIS,” as fans were unaware.

Sulahian – who joined RHOC this season as the Housewives franchise’s overall 100th member – and Edmonds had an awkward showdown in the show. Sulahian interfered as Edmonds was arguing with Vicki Gunvalson over past behavior, grabbed the 32-year-lips old’s and held them together. Edmonds then teased that her on-again, off-again relationship with Sulahian is far from done, and that fans should anticipate them to “butt heads” once more. “Everyone feels this way,” Edmonds says of her disinterest in Sulahian’s antics. (5)